Hey guys sorry about the super long post yesterday. Heads up, as this weekend I will have an answer this question contest. I threw a bunch of numbers out yesterday (HINT) it is about numbers......

Going back to the huge pick up this past weekend. I pulled many cards of interest, maybe not wacky but I assure you there are plenty of those too. I spent $20.00 on that lot. Kills me to think, that I actually stopped on the way home and grabbed a repack blaster too.. DUMB!!!   I was going to compare the two expenditures, but once I started going through them, forget it  no chance...... 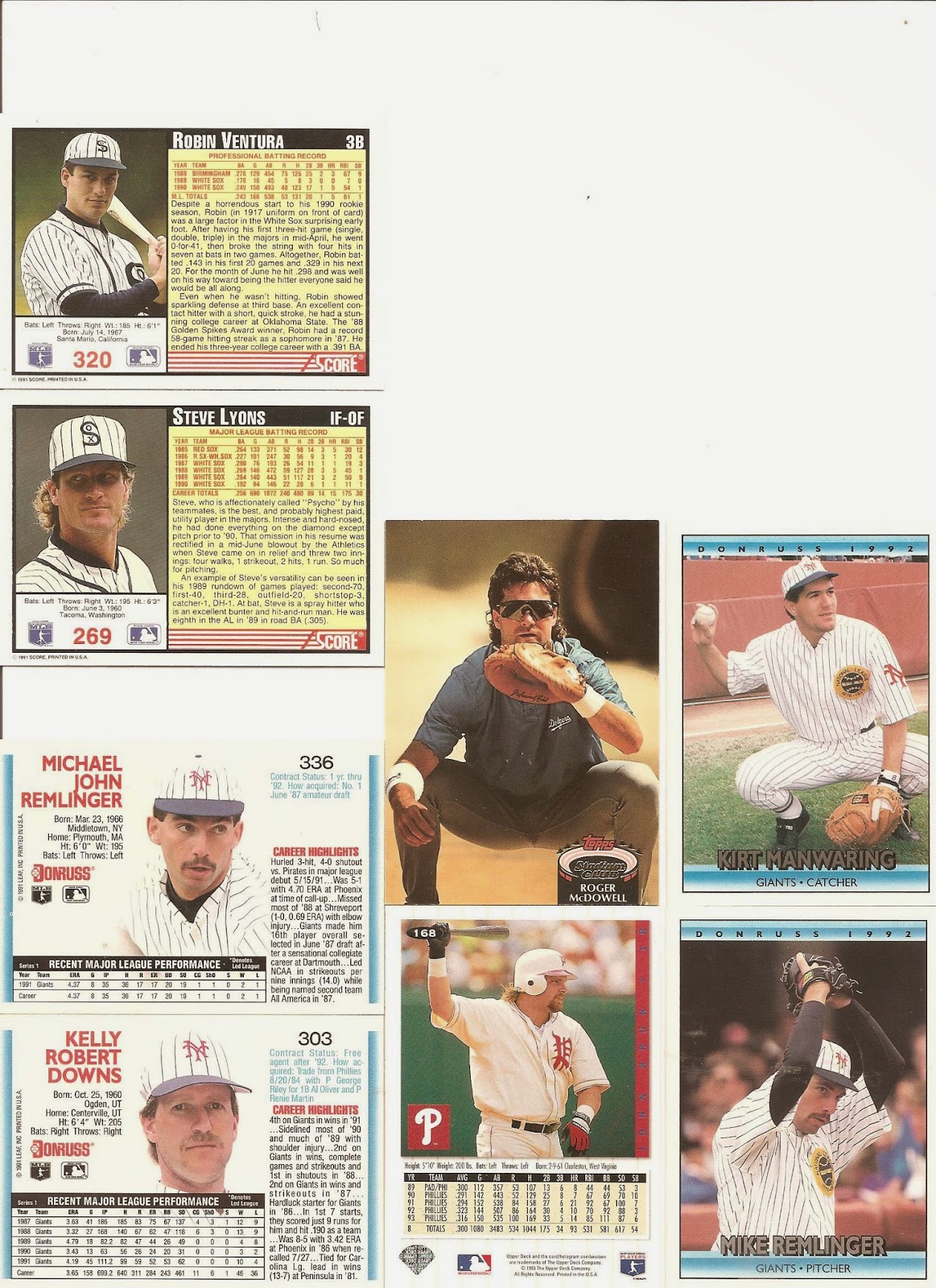 Here the four cards on the bottom right are the ones that were supposed to be cropped, oops.
A pitcher playing catcher, McDowell was always up to something huh. Three throwbacks (the other 4 throwbacks are below. 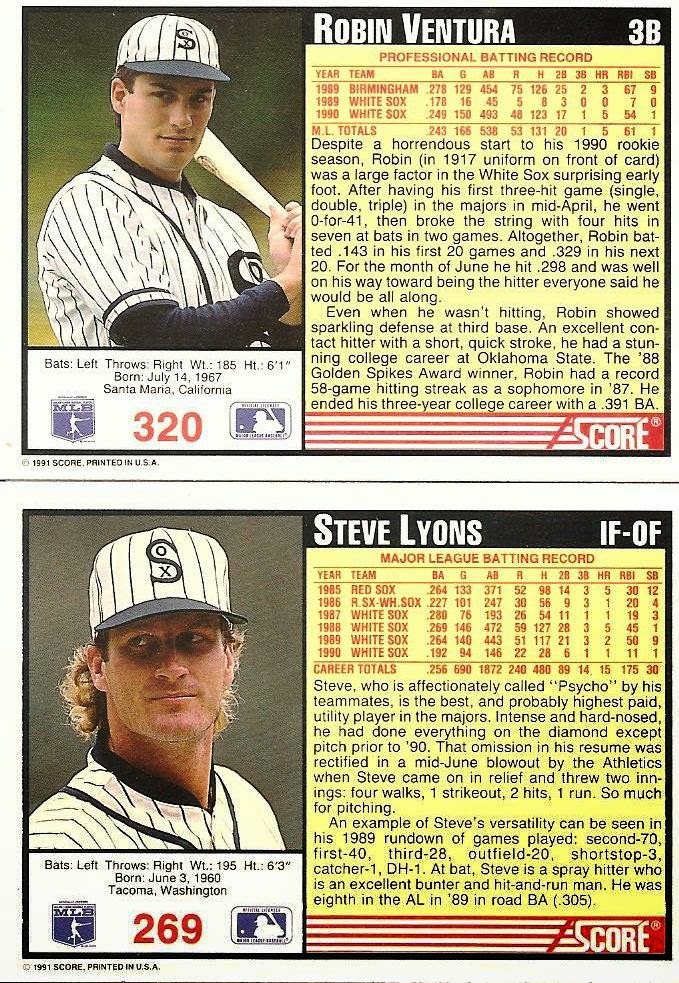 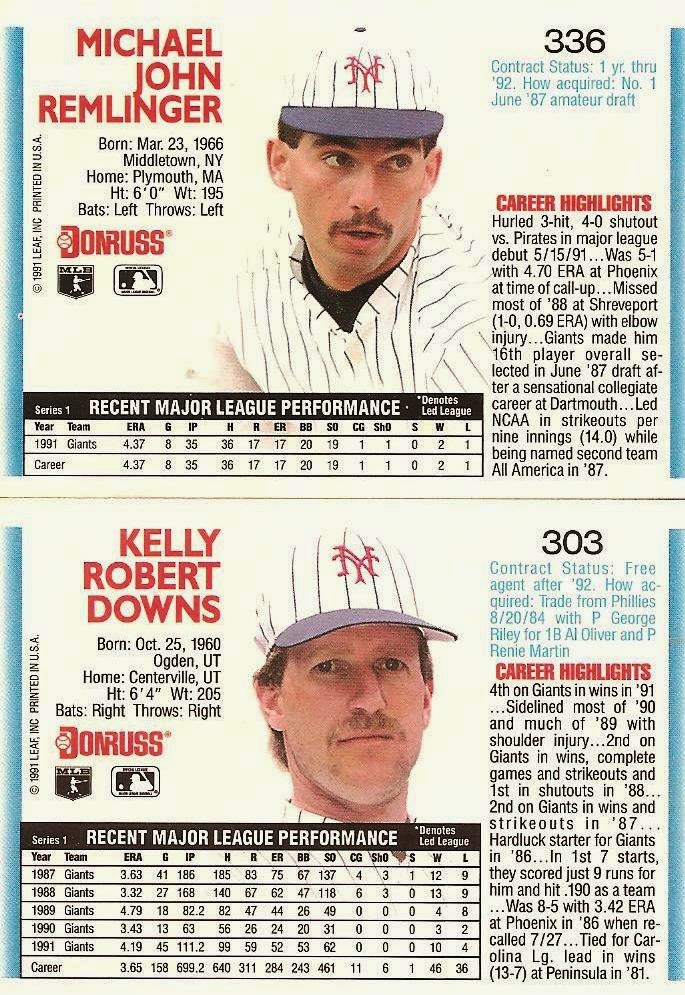 Same thing here with the Remlinger being a vintage cap, and not Downs. Again, these two are from the same set 1992 Donruss.

What's really funny in the Spiers card, is that he is looking at a 1990 Donruss baseball card, and it isn't his??????? I think that is a sucker (lolli pop) in Pete's mouth. What in the world is Lenny doing, worshiping his bat, looks like he is also getting ready to lick it too. 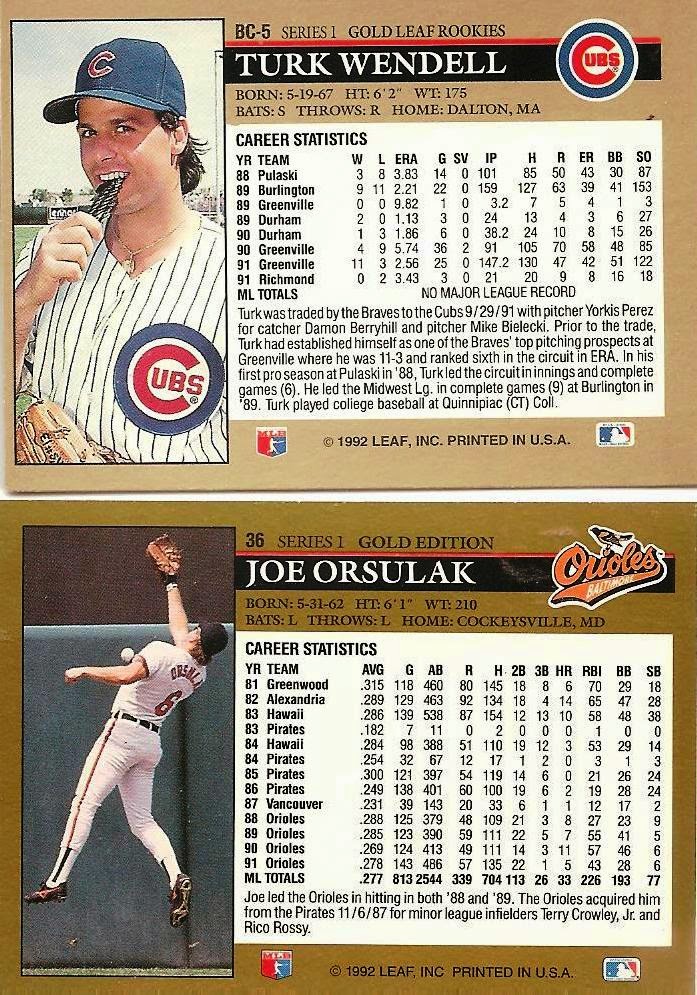 No idea what Turk is eating there. I a sure that Joe would have rather had a different photo for the back of the Gold Edition Leaf card. "missed the ball" 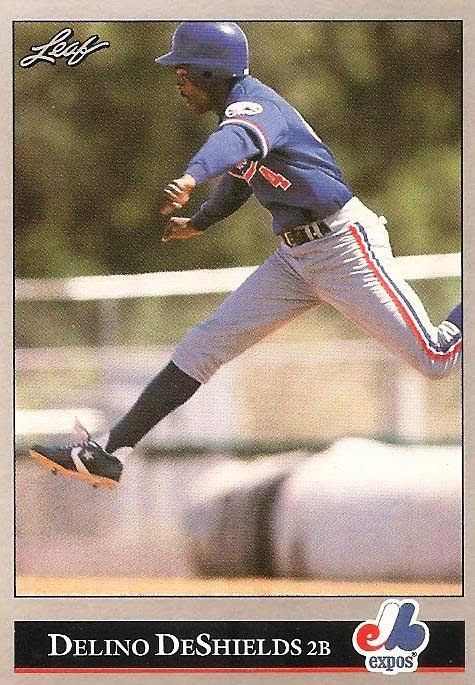 No idea what is going on here, but wacky enough for me. 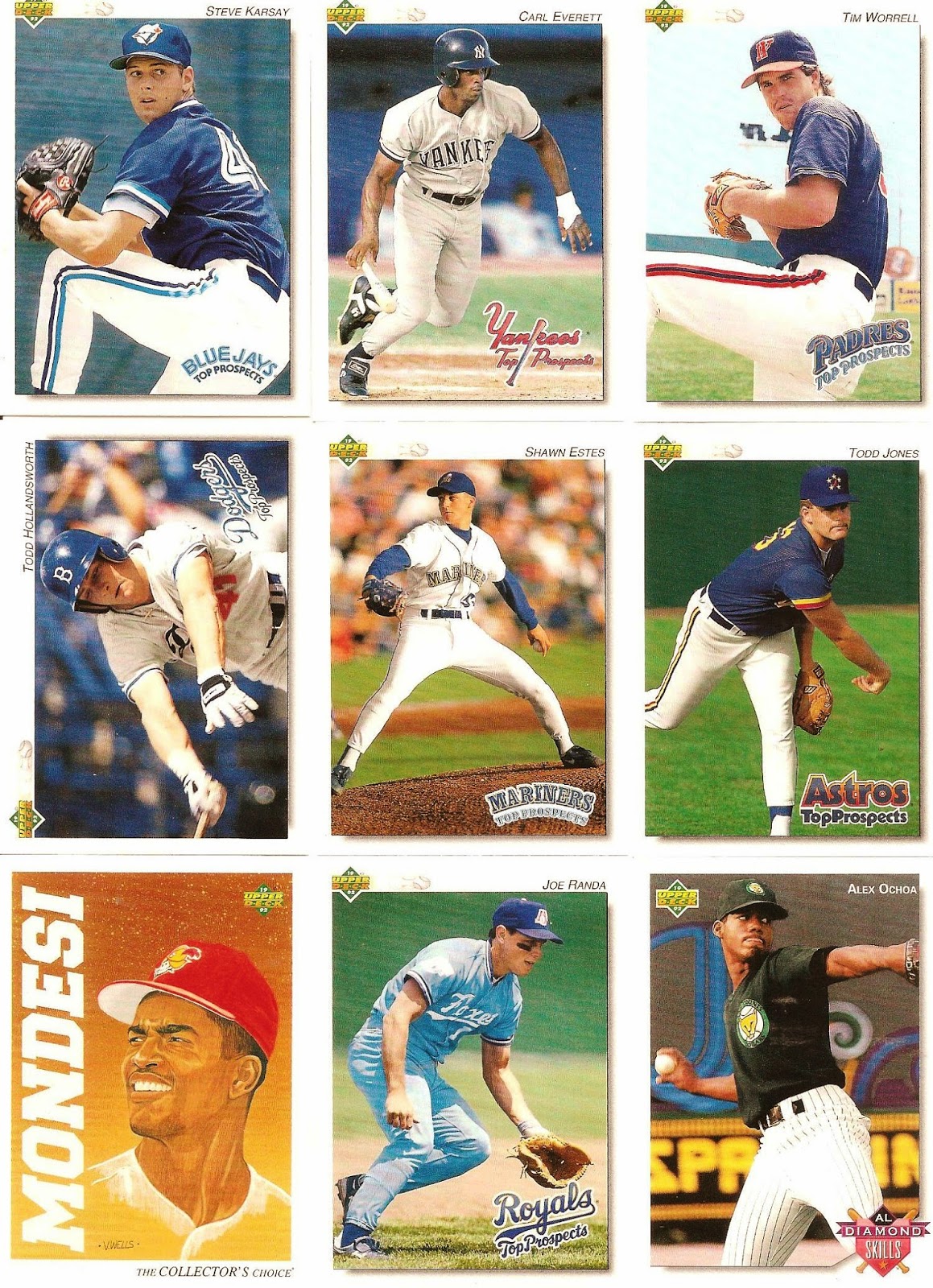 Here we have some more of those 1991 Upper Deck Top Prospects cards. I scanned some of the names most of us have heard of. 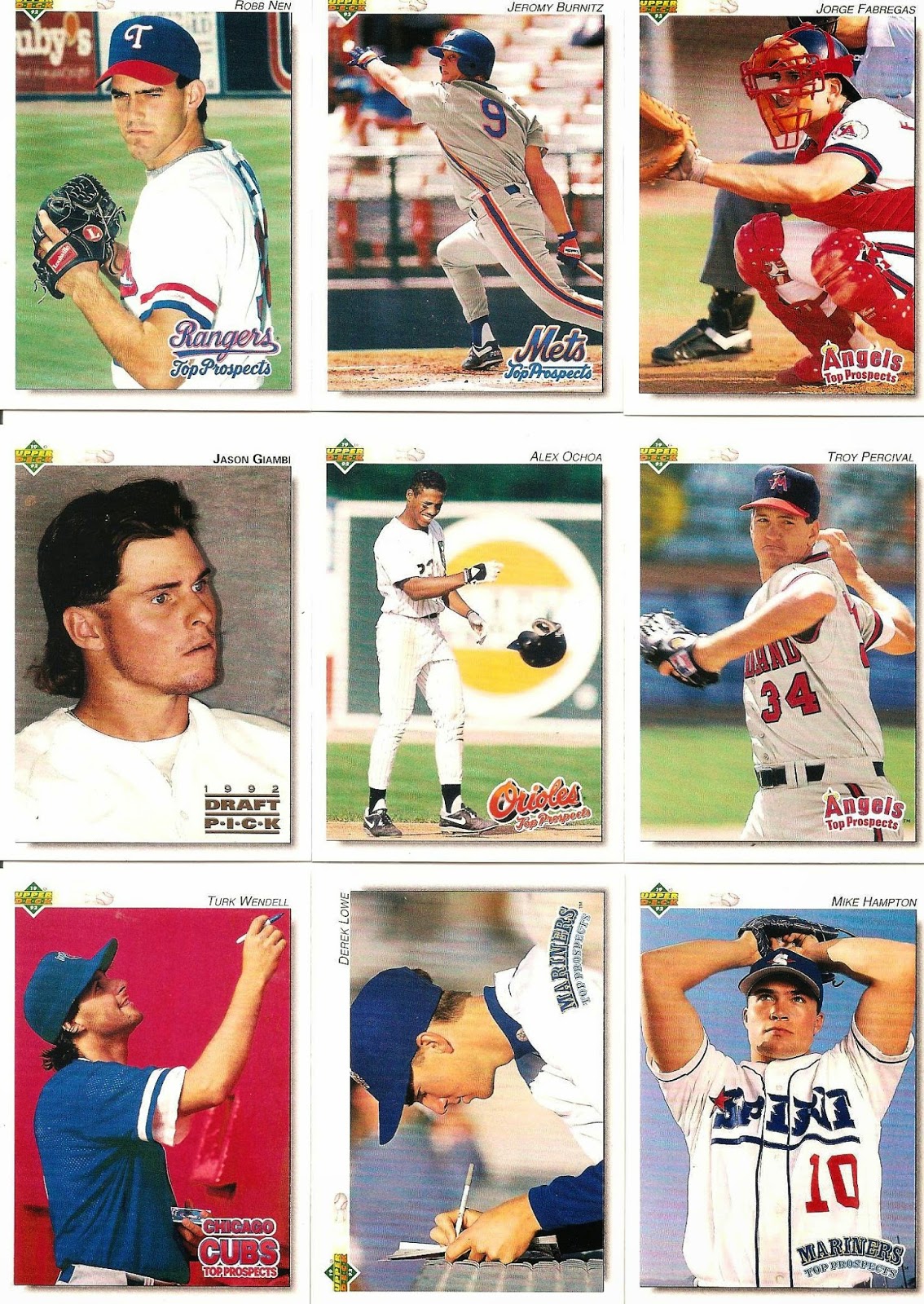 And some more, look at Giambi's face, lol. A couple signing

I hadn't heard of Duncan before, but put it in because how many times do you see someone coloring his cleats on cardboard. 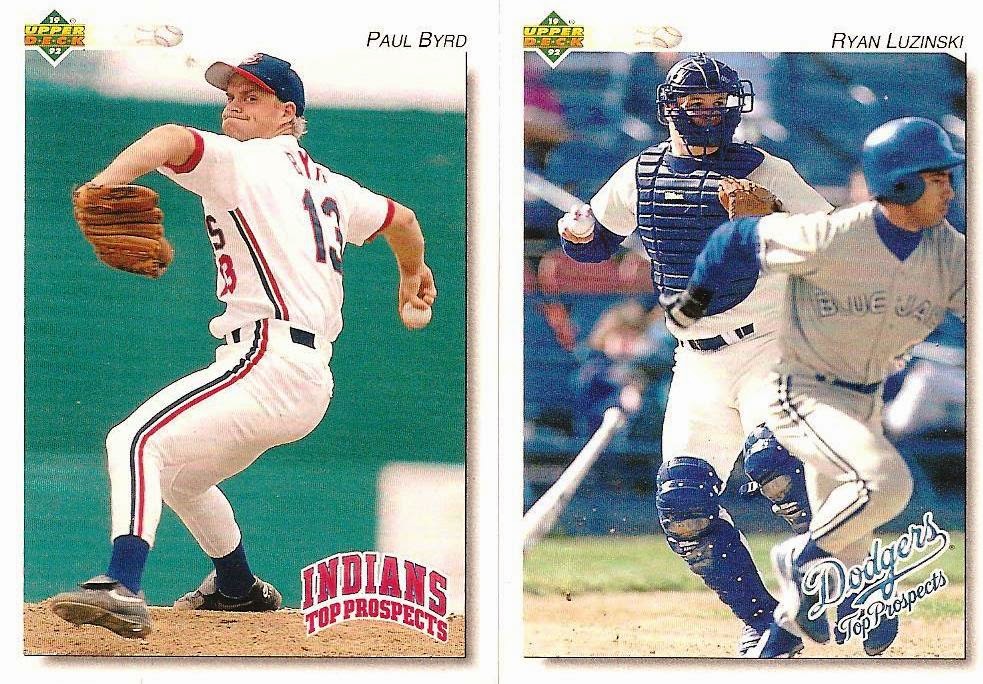 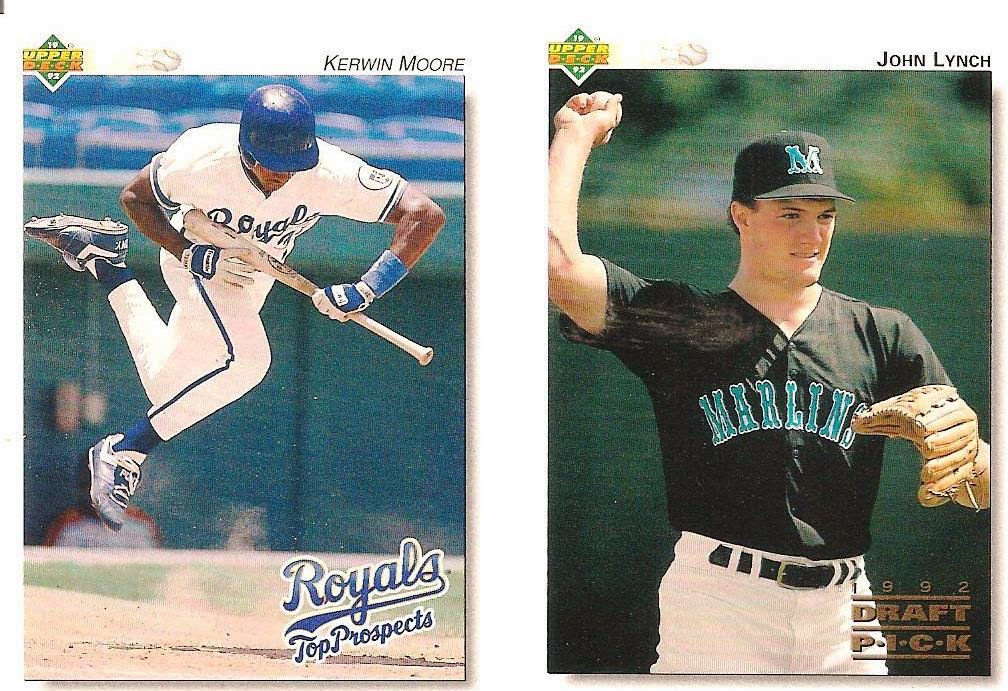 The Moore card is pretty neat on the other side too, the craziest looking bun I've ever seen. Now, surely any Buccaneers (or Broncos) fans recognize that Defensive All Pro in the John Lynch. I didn't know he played baseball too.

Unique item to appear on cardboard. 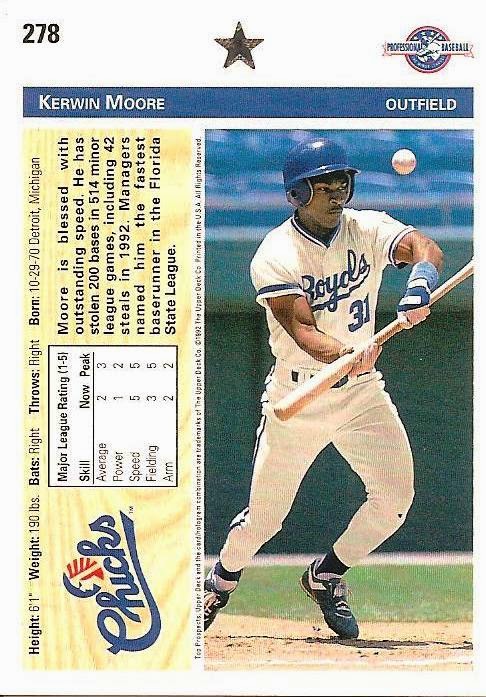 Here is the backside of that Moore card. Really, bunting is something perfected before professional ball.