Nice stack of cards for the first half of the week. Without further delay..... 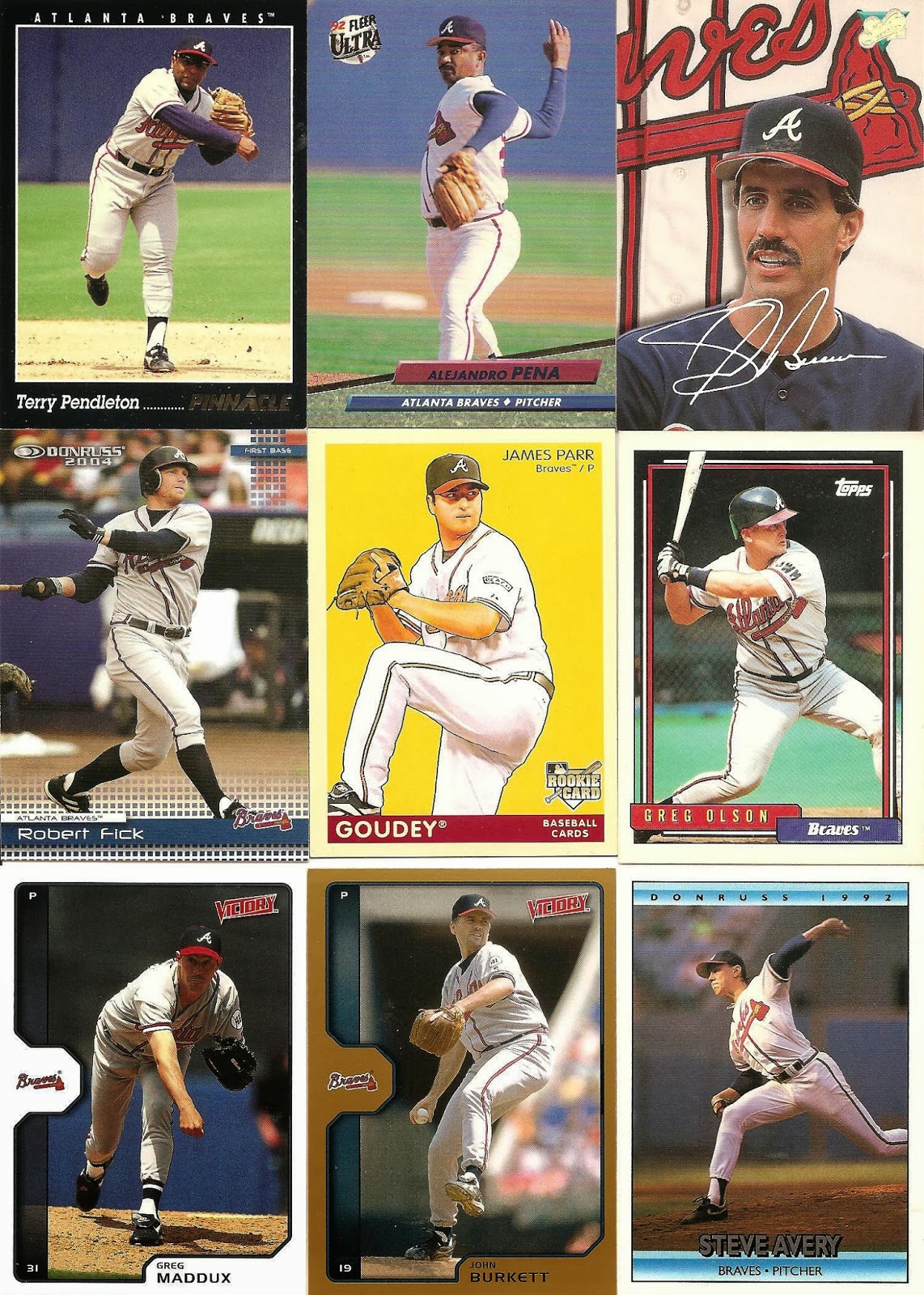 These 9 cards came from a Listia win, and I needed 8 of the nine! That's my first gold UD parallel, i didn't even know they existed.

This past Sunday I mentioned about a 3x Braves team sets from Ebay. Well I go them not quite 3 sets, but close enough. I got 23 cards.

The Power Player Heyward was sweet, as was the Red Foil Teheran (the red border came from an OCT trader (sent me 4 cards including that one). And lookie there, a SP variation Upton. Already my monies worth. 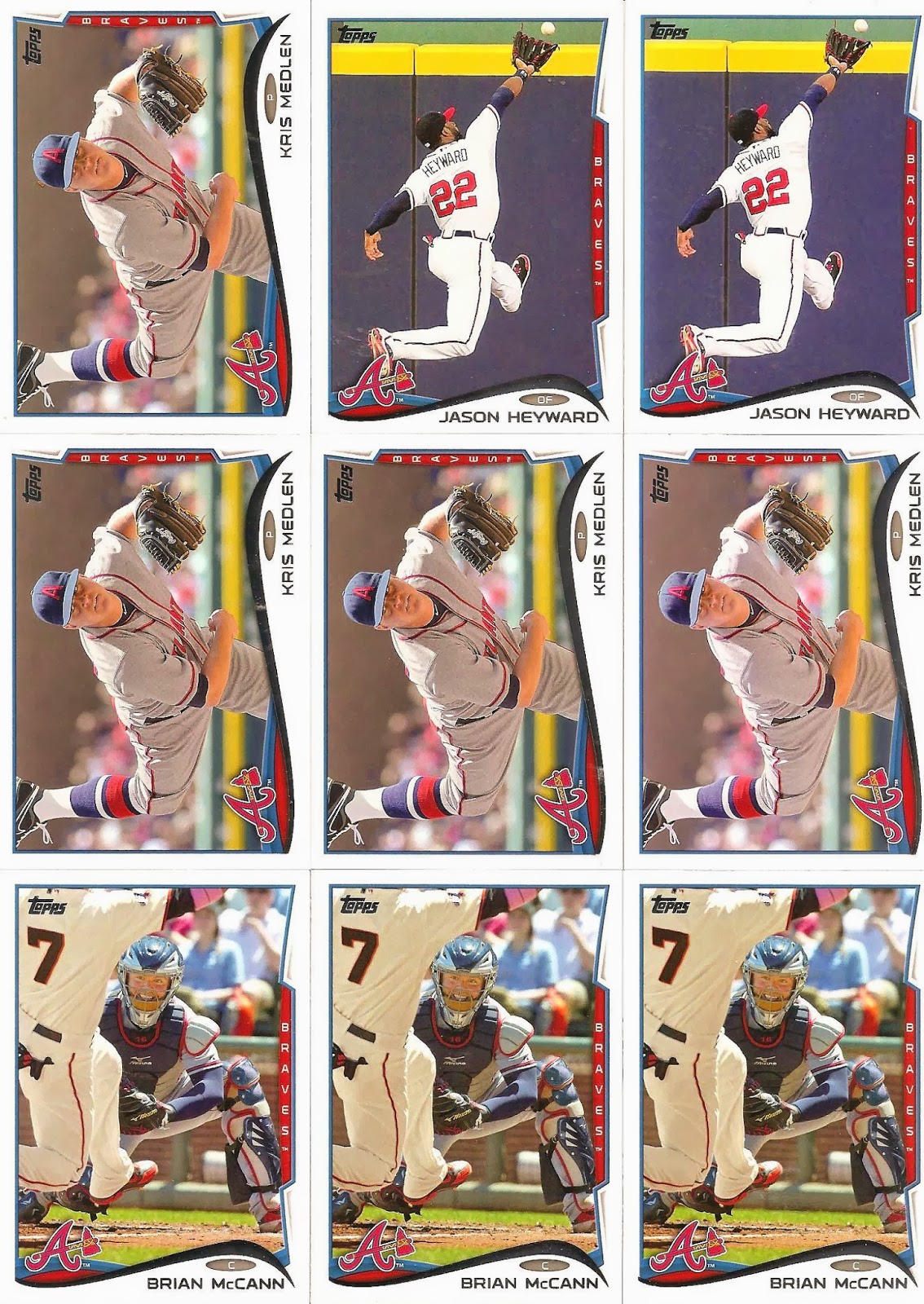 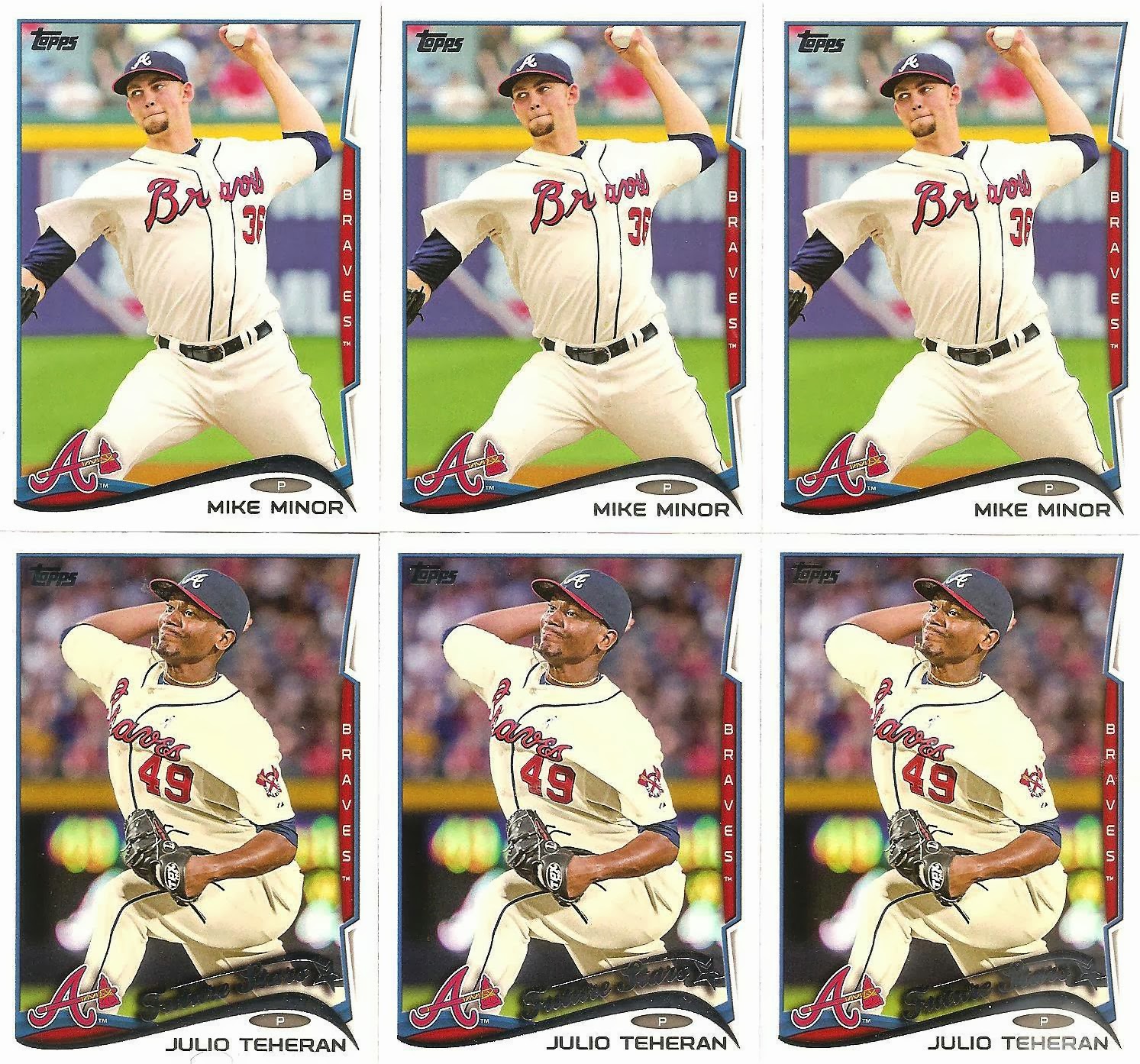 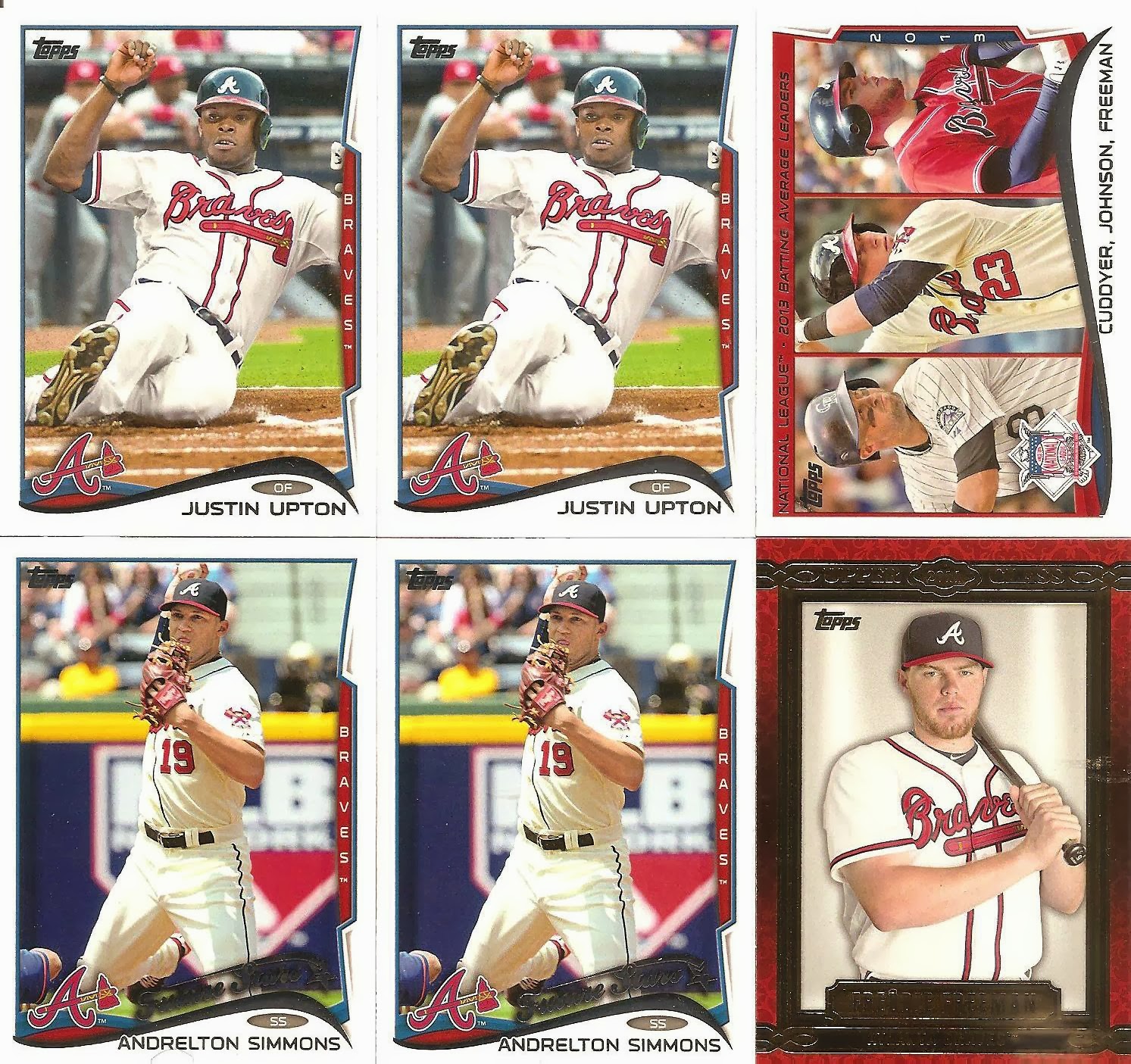 Another insert too, but like those others they were doubles, and most was either put into the frankenset and/or my brothers binder (#2). Good use of $2.92 delivered.

The biggest stack of cards came in from Alex over at Chavez Ravining.  In fact will take up 99% of the rest of tonights' post. 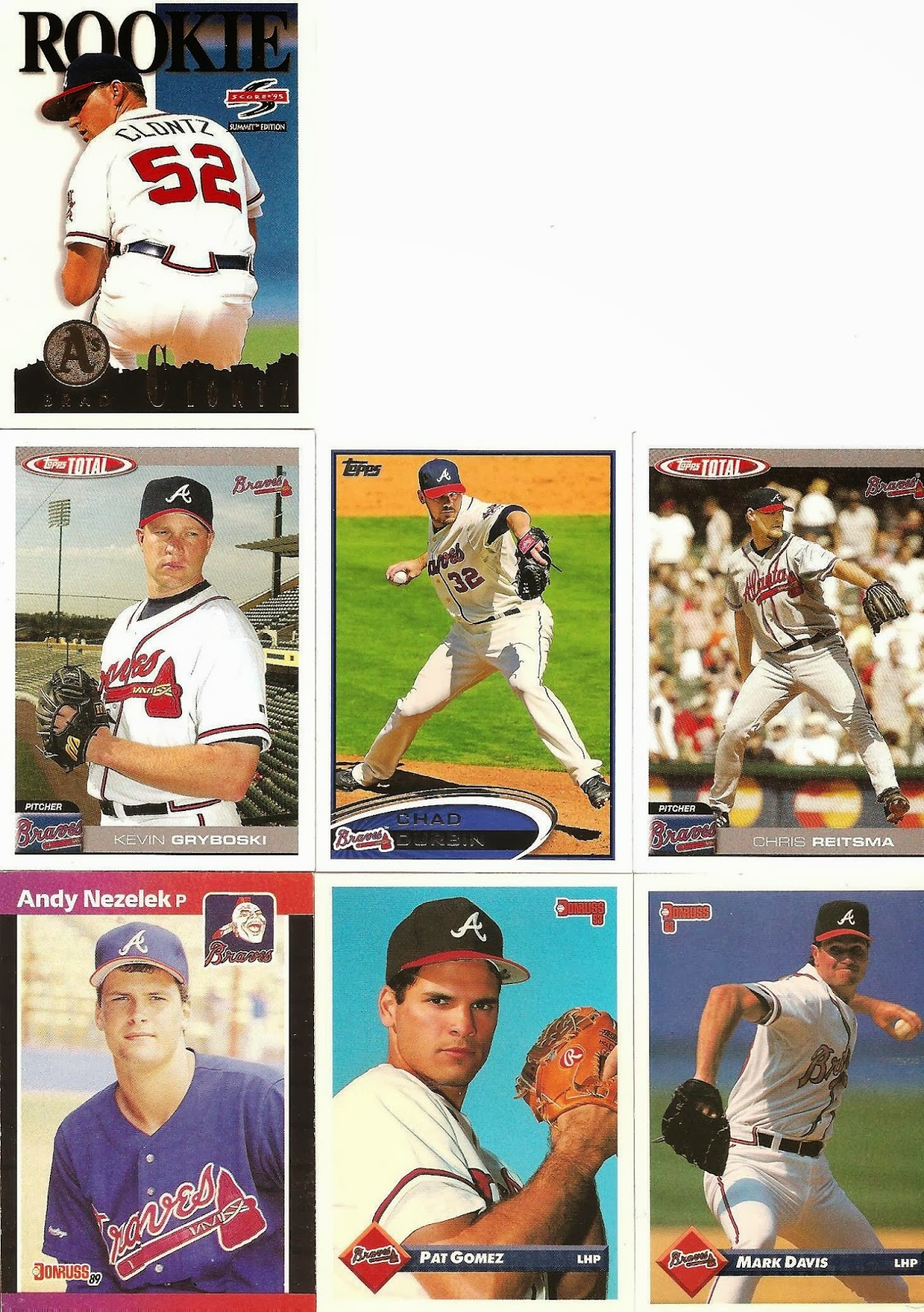 These 7 made it into Binder 1, a feat not often achieved. Thank you Alex. 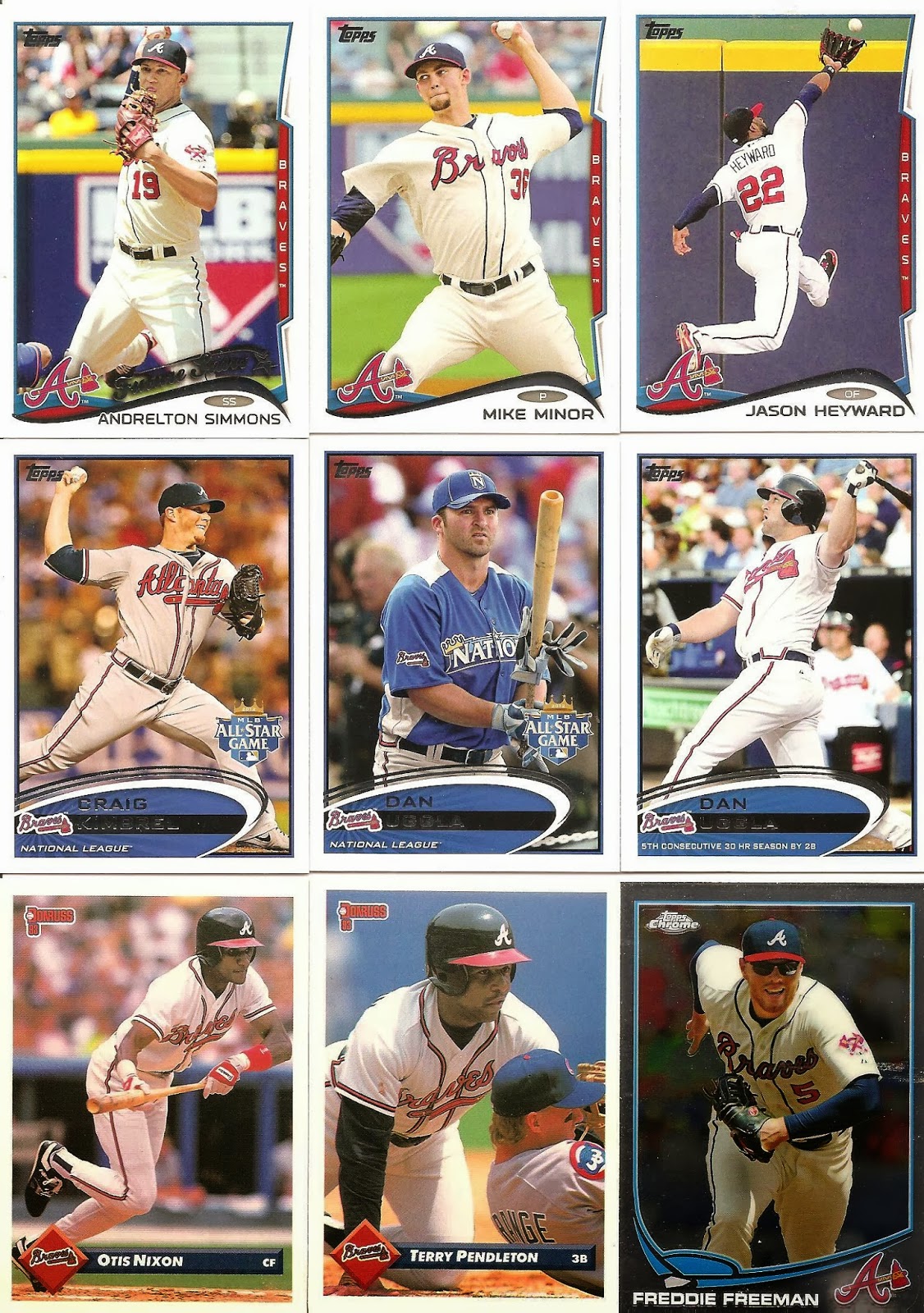 These 9 plus 2 others made it into the Franken-set. That Nixon bunting card will be seen again as Alex sent along 4 of them and I used 3 of them for binders. (not scanned are three cards that went into binder 2). 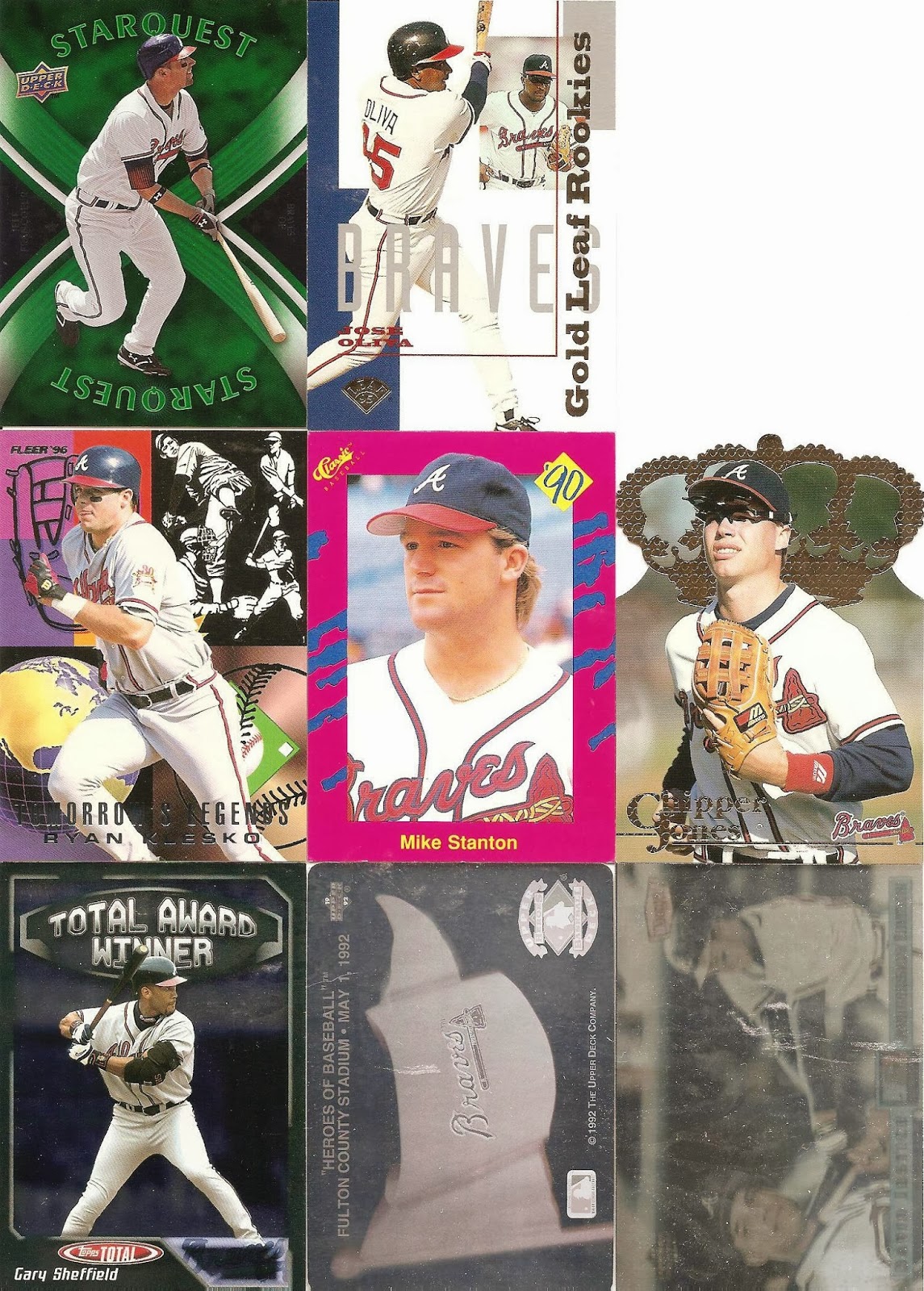 Some inserts and oddballs. Both holograms actually scanned through, cool!

Another insert with the electric diamond, and a second time around Vinny. 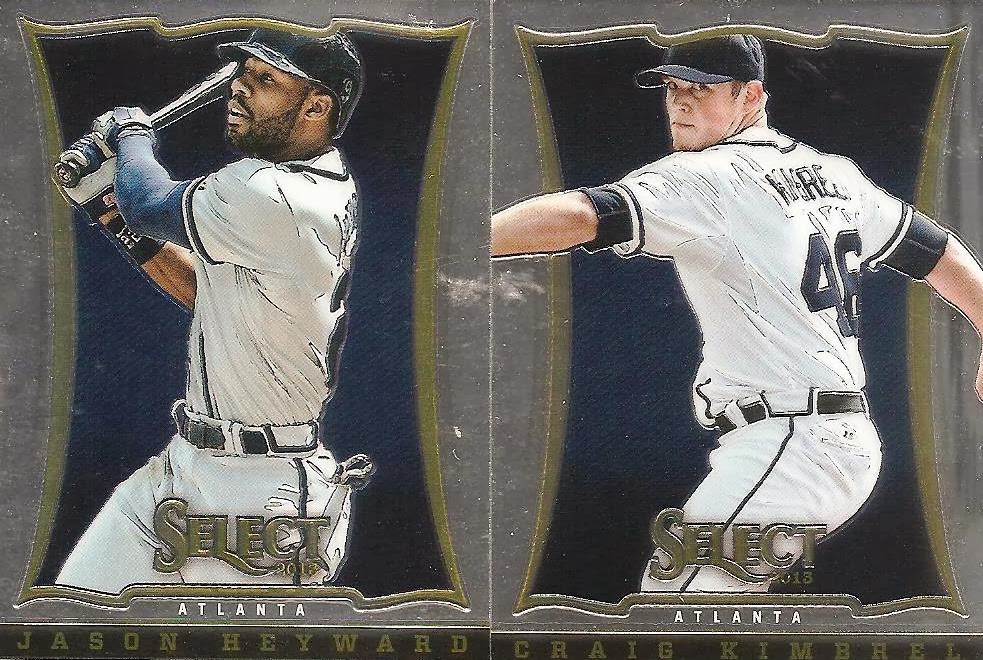 these Select cards are pretty darn cool for no logos, and they are my first from the set! Thanks again. 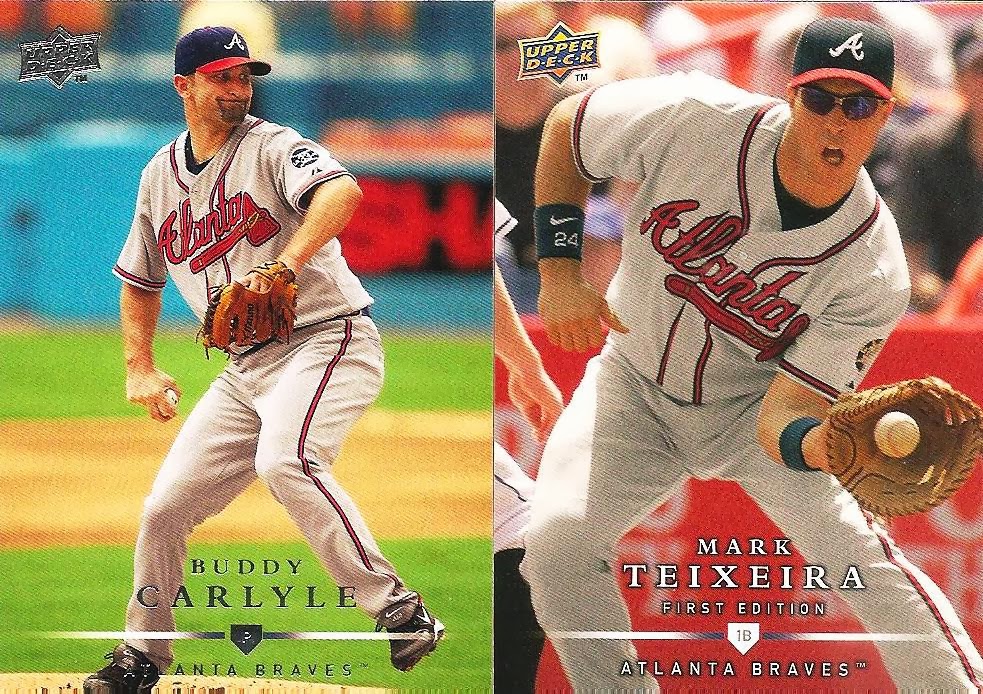 That beard on Carlyle looks like someone drew it on the card (but they didn't) it is his goatee! 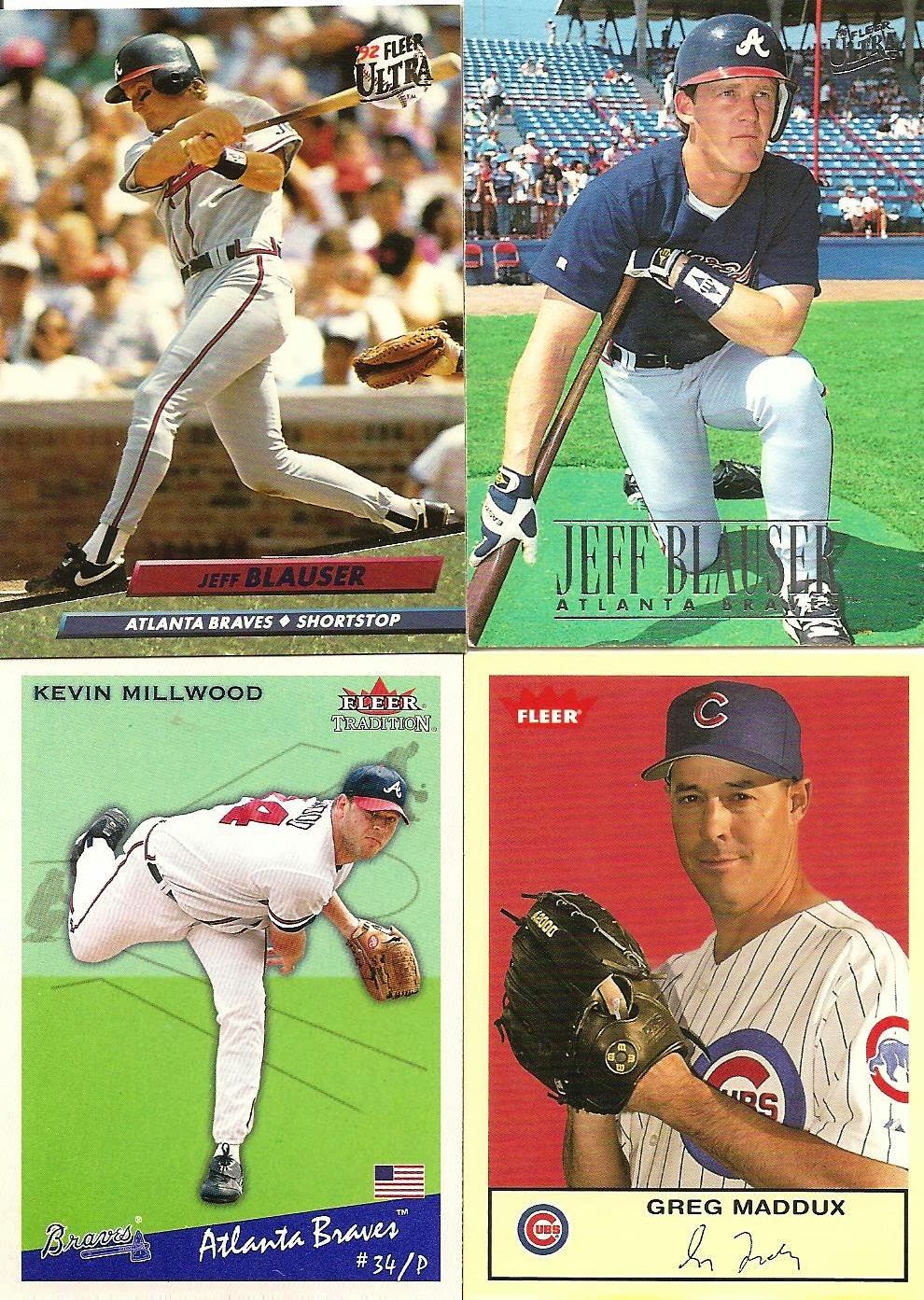 Four for the Fleer Binder. 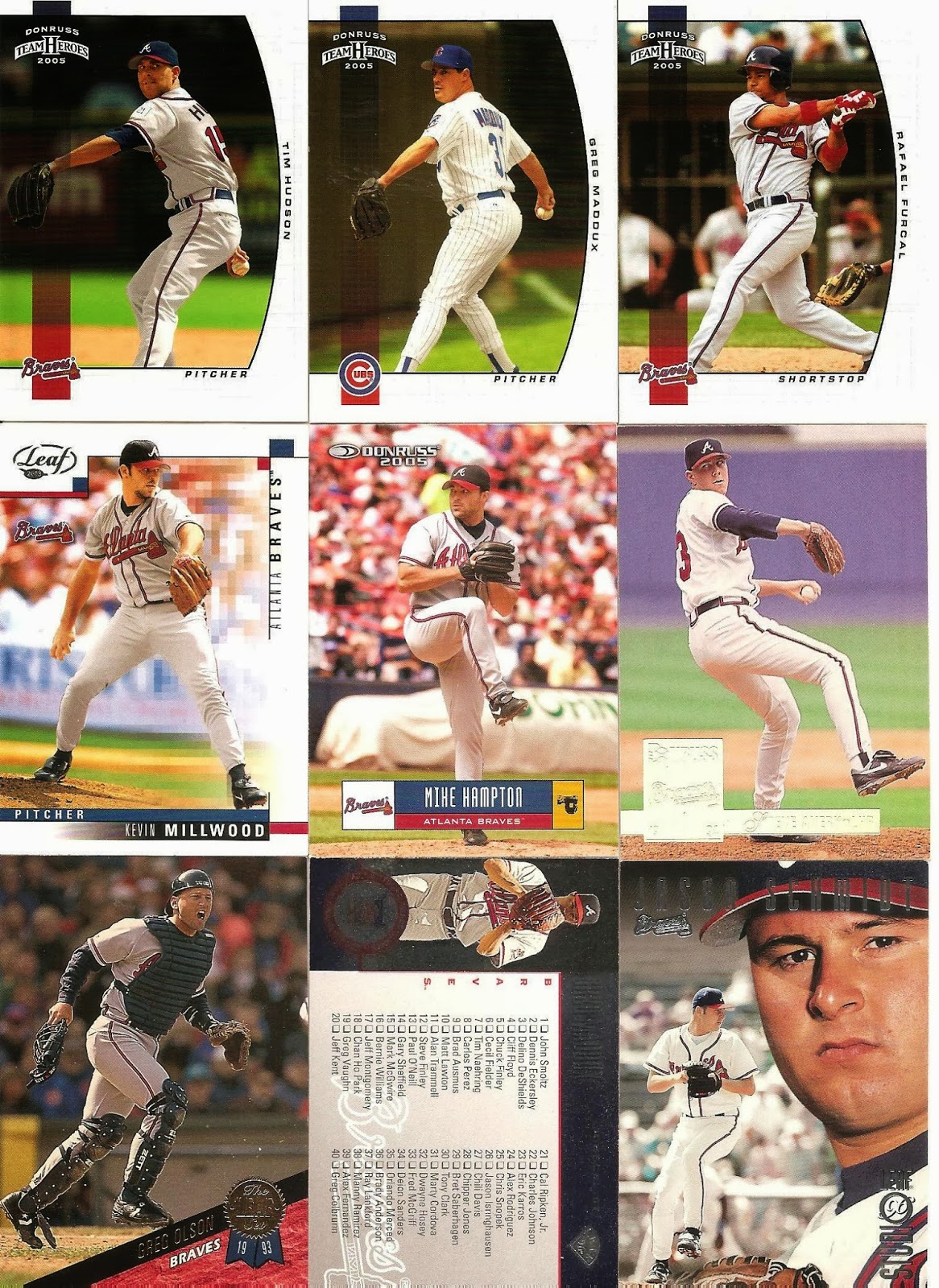 Some for the Donruss binder (part 1) 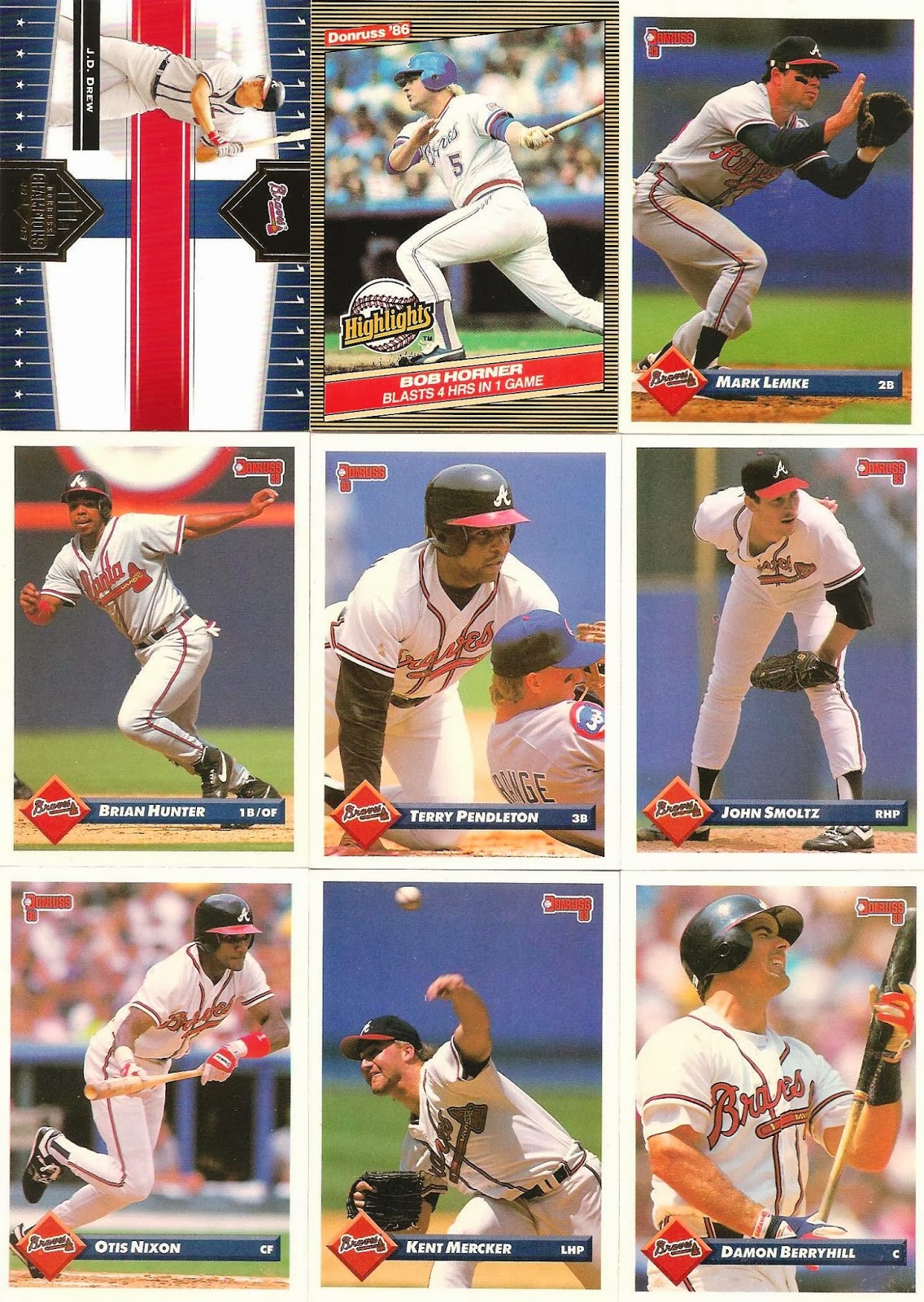 Donruss part 2, and theres another Nixon bunting as promised. Nice Horner Highlights card from 1986, will sit nicely next to it's Murphy counter part I have already. 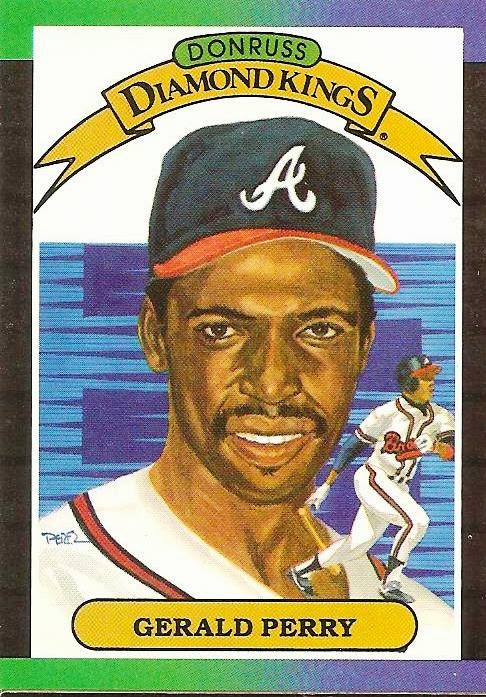 I haven't mentioned it before, but I collect Diamond Kings cards (the original ones), not just the Braves either, I want all of them. I used to have every stinking one until I go rid of them in 2004, I think. Nothing like starting over. But I can't complain. My entire Braves collection was just started last August or September, and look where it is now. I am proud of it for sure, now to get the other 90% of them. LOL. 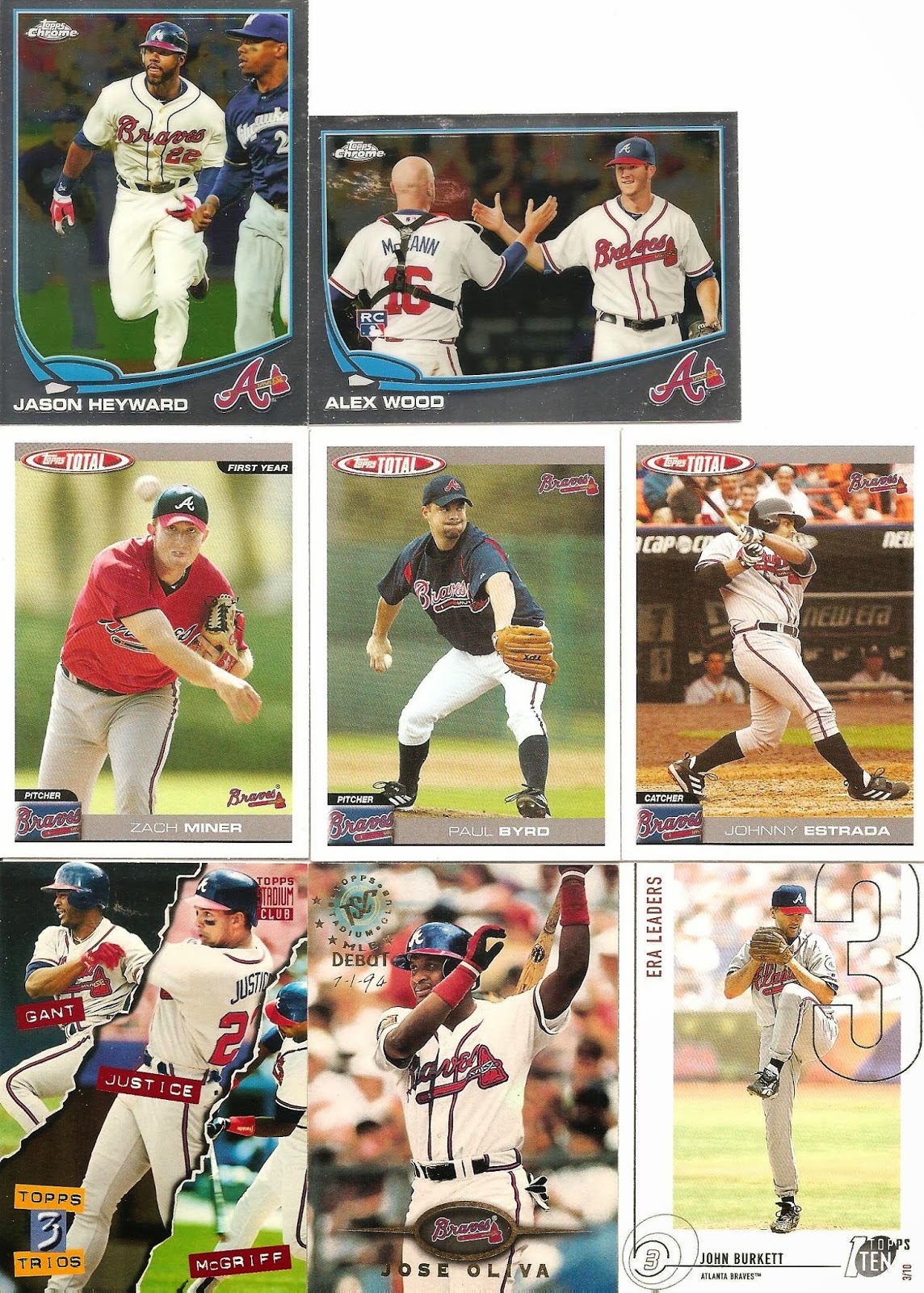 A few for the non-flagship Topps binder. 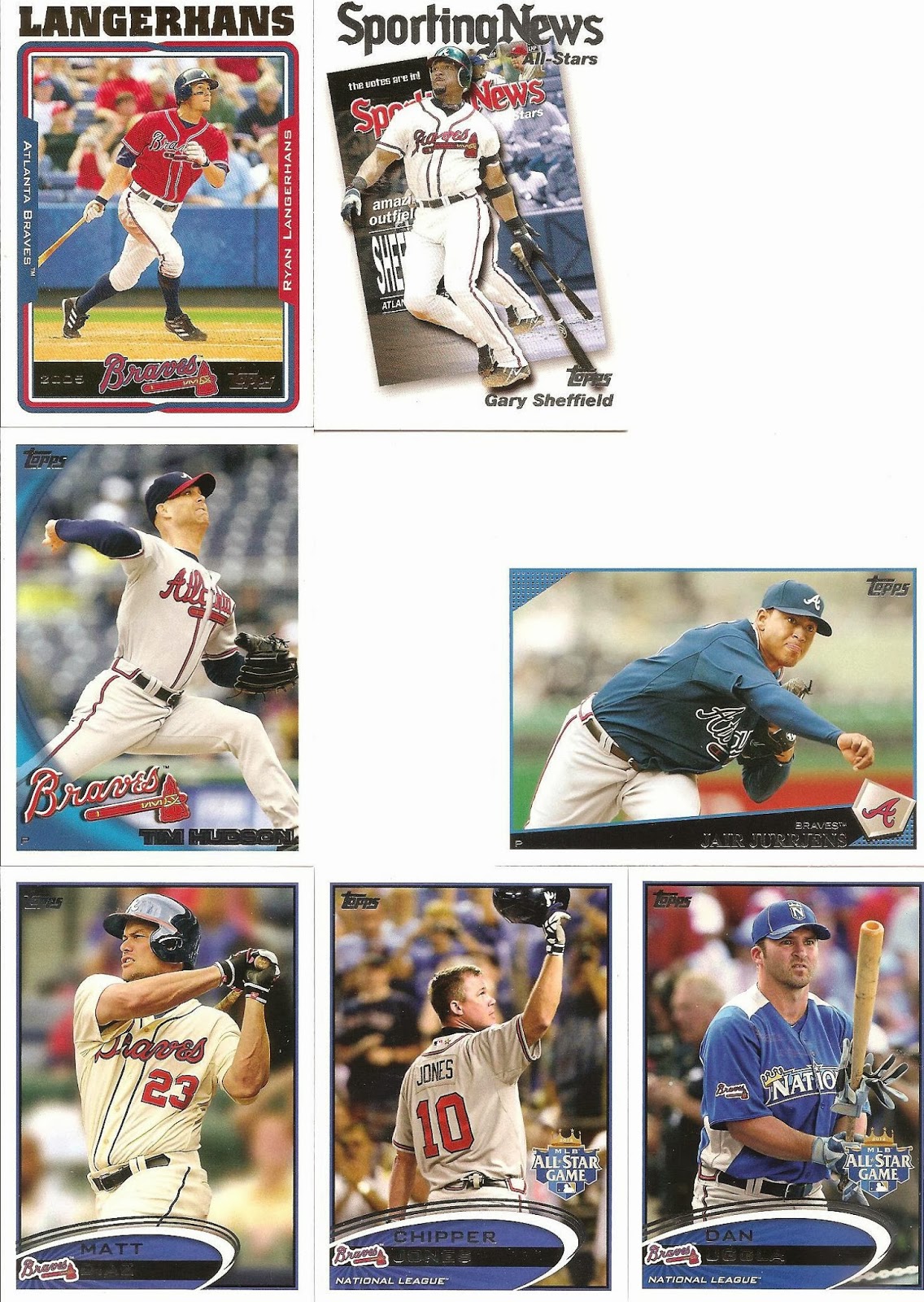 A few I actually needed in my Topps binder (#3). 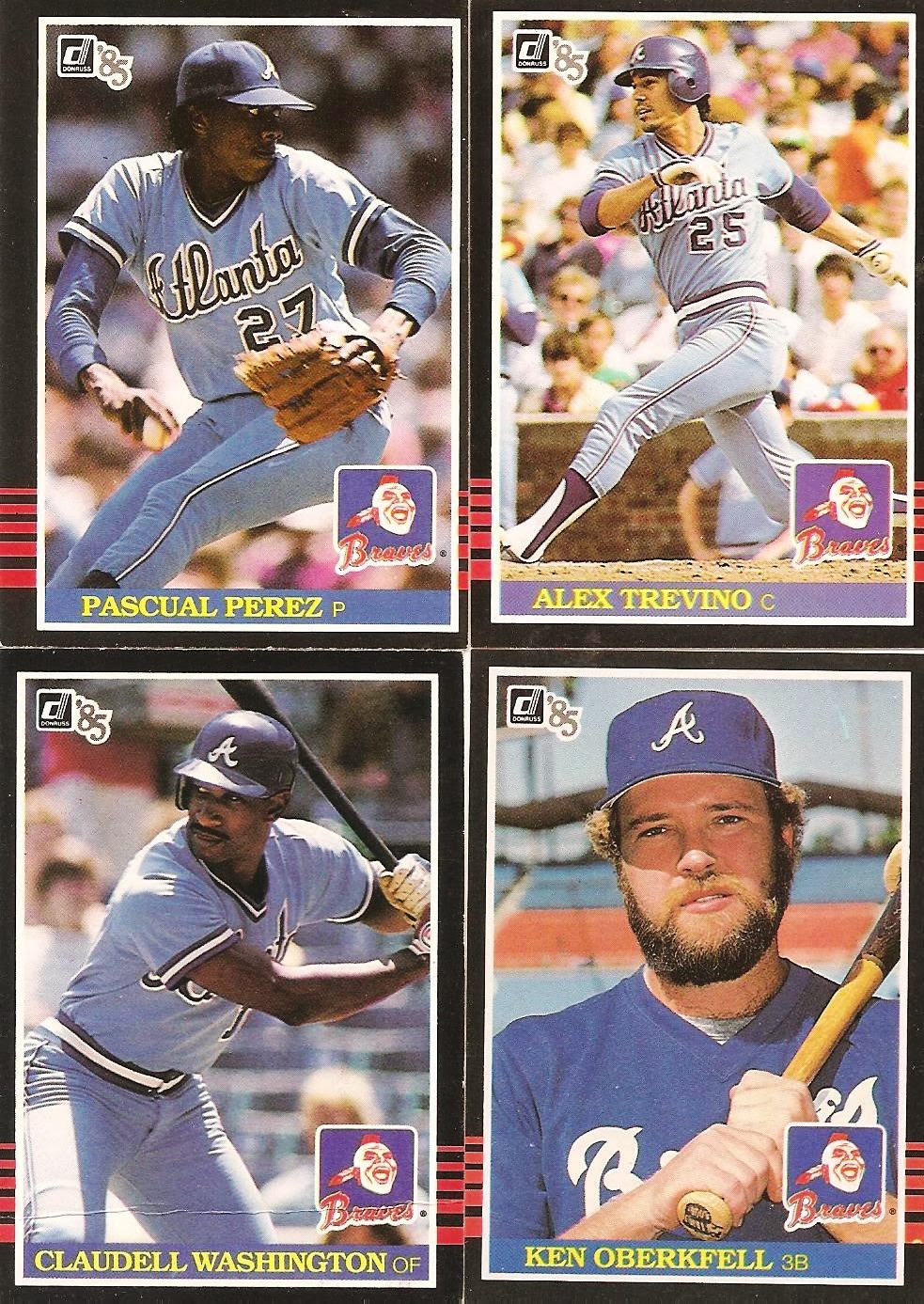 These last 4 are 85 Donruss and they hail from "The Prowling Cat" a new reader of this blog anyways.. Thank you

We have now filled all but 10 slots. I will decide after the weekend what to do.