Another "blast from the past" 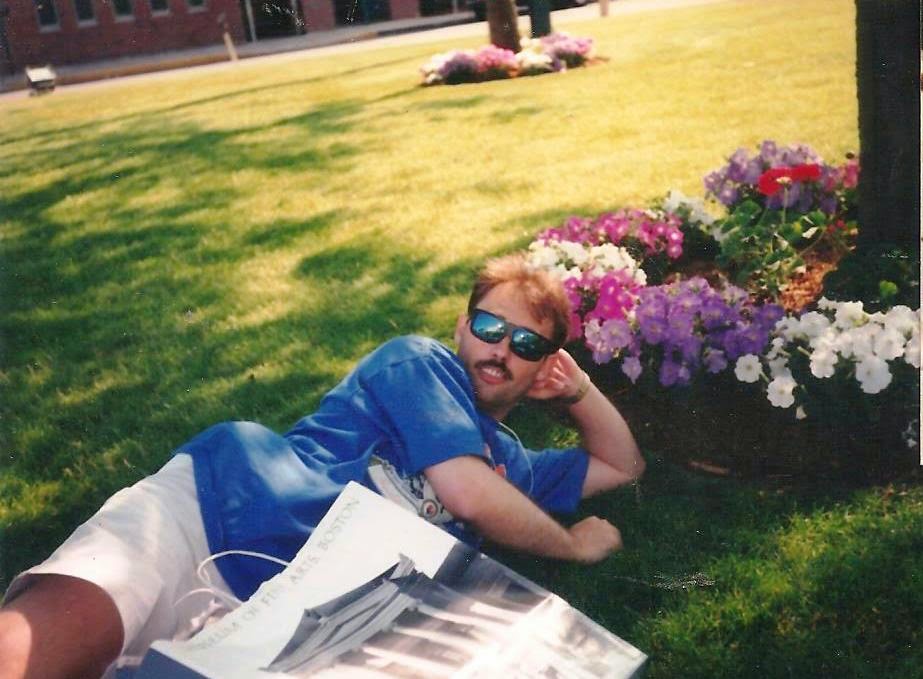 I can tie this one to sports (a baseball game) also. Back in the Day (college) I was fortunate enough to be a school representative from (sophomore on) for a very distinguished fraternity, thus allowing me 4-5 trips per year (lasted about 2.5 yrs I graduated in 98). The pic above is one from a week trip to N. Providence Rhode Island, summer 1996, specifically Brown College. It was a very "fun" week for sure (this was my first trip with the group). BTW the school and org. paid for everything, sort of, hehe. Anyways, We had a mid week break, and I opted to go into Boston. There were courtesy bus rides throughout the day, many people opted to go to the big NY. Longer story short, I met up with another pretty girl, Toni. She came from Texas and we wound up spending the entire day in Boston and never made it to the ball game (too many Irish Pubs), The Rangers were in town to play the Sox, this was a day game.  We missed the last shuttle back to the school too. Had to make our own accommodations for the night, we were smart educated young folks, although I was 26 we were able to remedy that. Hey, I tied it to baseball and fond memories.

On to the breakdown.

Some of the set breakdowns:

HMM! 3 manufacturer's and less cards, I LIKE THAT!!!!!! Now if we can just get Topps going in the right direction.