Now the HOF voting and the posting is done. I thought I b***h a little.

Okay, I believe the 2015 Release of cards is over. Most definitely it should be. AS someone who collects SETS (not all but certain sets), also is a TEAM collector, and also has too many "MINI" collections I like knowing what I am up against.

For example (MY RANT):

Total Braves (includes Boston, Milwaukee, and Atlanta) 2015 released= 5,565. Just Braves cards mind you, and I should be thankful that number is significantly down from 2014 (7,122) and similar to the 2013 (5,453).  Now these numbers by no means are 100% accurate they came from Beckett.com so there are some missing for sure.  What drives me totally nuts is that Beckett only has a total all time Braves issues of 108, 551 items dating back to 1887. I say items because there are a lot of programs, pins, buttons, pennants, and ticket stubs especially for the "Pre-War" era Braves.  My issue is with the card companies and not Beckett. If you average just the Braves released this Millennium at 5,000 cards each year that would make up apx. 75% of the total Beckett listing being that 5,000 is cutting it way short. No matter what these numbers have me seeing RED!

I posted about this last year as well (just the numbers not the rant), but with the cost of baseball cards these days combined with my renewed focus on building Base sets I may seriously drop the team (Braves) collections. This means a lot of work, pulling them out of their binder pages and of course placing them with the set builds if I don't already have the (Braves) card for that set which for most of 70s-2015 I do. What to do with the extras? It's not like I haven't already given/traded away 1000's of Braves already, and I currently have two more 5,000 count boxes full of Braves extras now of course those are pretty much non vintage Braves, but still.

On a positive note (always best to leave on one of those): Look at the money that would be saved on that particular duplication of a card need. Those proceeds could be directed at the set builds which is a good thing, and would most certainly clean up the want pages on my website. And then I wouldn't have to update them especially those on my resolution list. HMMMM. Then again, I don't really want to tear up or break apart my Braves Team Collection. (Just so you know....I have no plans on doing such. I just wanted to rant a minute,   okay 35 minutes.....)


I would love to hear everyone's thoughts. 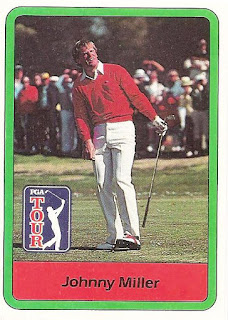 Posted by Johnnys Trading Spot at 10:26 AM