These are different from the Brooklyn cards. These are more like postcards, in fact the back even says they are postcards. 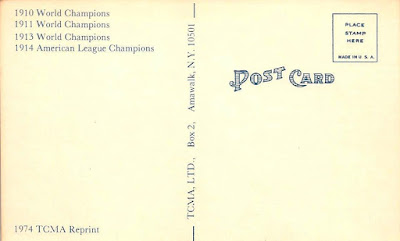 After I researched these guys I have a new appreciation for them. They really were one heck of a ball club! 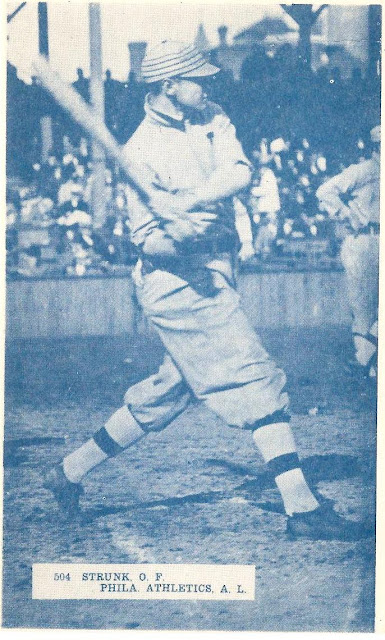 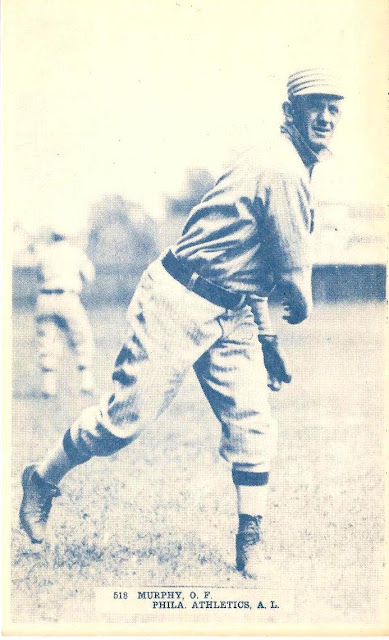 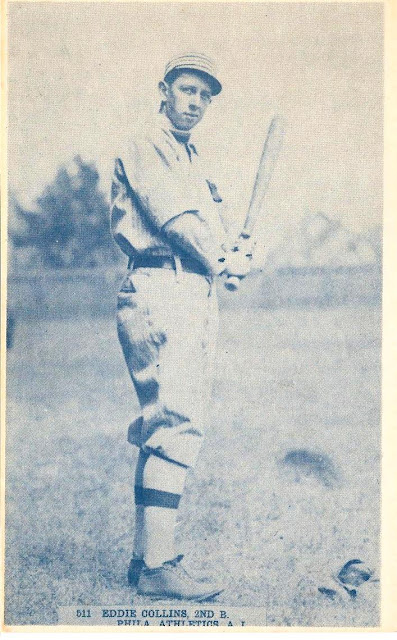 One last note about Eddie, he was on the 1919 Black Sox team, but had no accusations. However, he had a very low batting average for the series. 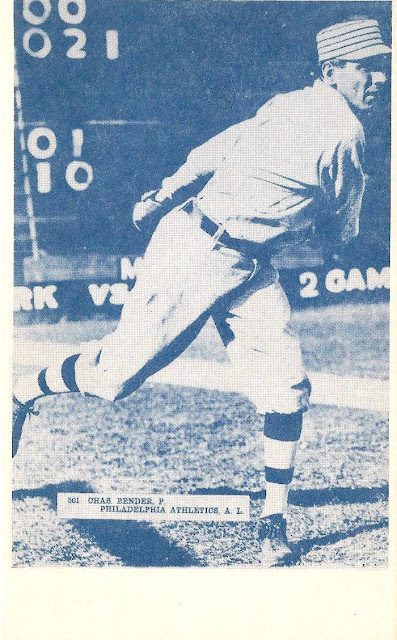 Charles Albert Bender: aka Chas; aka Chief Bender. Pitcher career record: 212-127  with a 2.46 era. Tied with Christy Mathewson with 3 complete World Series games in a season (1911). HOF in 1953, but died before the induction ceremony. Played 19 years debuting in the Majors in 1903, spent 2 years in the Federal league, came back to A's. Wound up coaching the ChiSox 1925-26. World Series complete game (9  not bad as he only pitched in 10 games), second only to Christy Mathewson. The Chief did have brother who played baseball too, his name was John and he wound up being suspended in the minors for stabbing the coach. 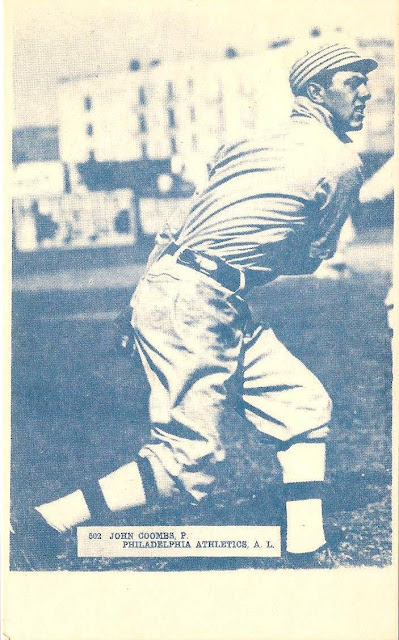 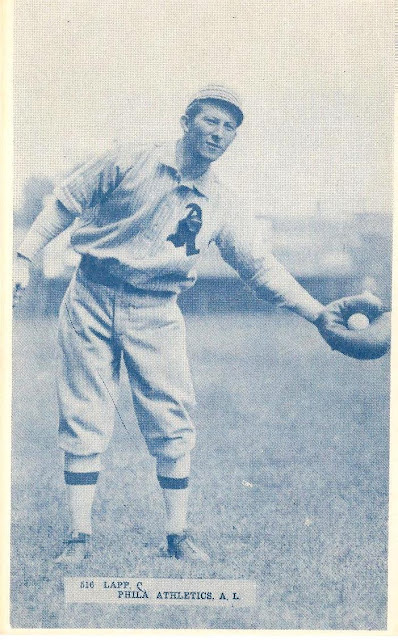 Jack Lapp played 1908-1916. He was a 2nd and 3rd string catcher for the first half of his career, until game 3 of the 1911 World Series where he caught 5 stealing and had 14 putouts. He also caught game 5 but "only" caught one stealing with 4 putouts. The 1912 season found Jack still being one of three catchers, but he got the majority of the work (83 games). 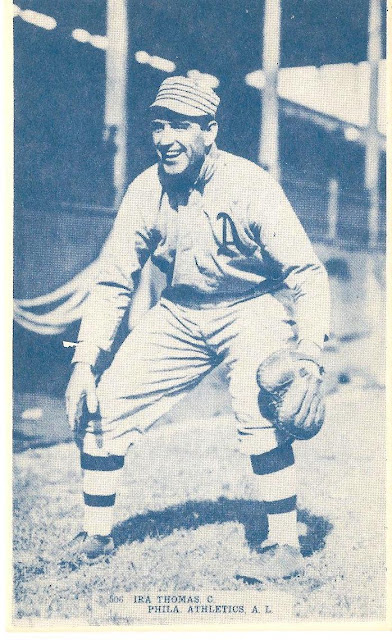 Ira Thomas 10 years starting out with the Highlanders in 1906-07, Tigers 1908, A's 1909-15. He is noted as being the very first pinch hit (single) in World Series play. He was in contention for the 1911 American league MVP, finishing 8th in voting. After retiring as a player he scouted for the As even after moving to KC until his death in 1958. 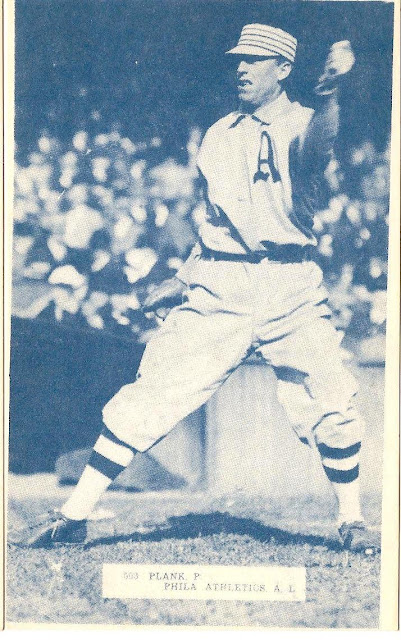 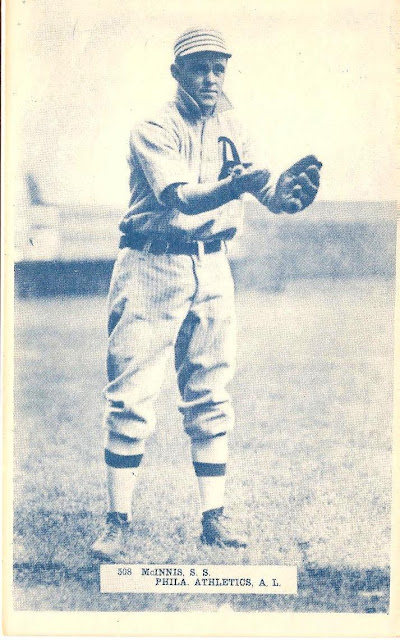 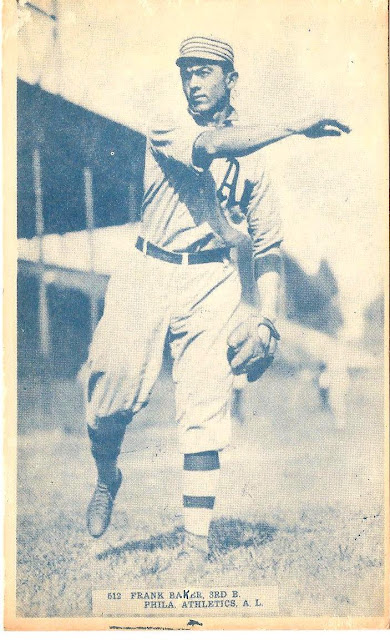 Frank Homerun Baker. Considered to be the original Homerun King. Part of the 100K infield. Played from 1908-1922, even spent some time with the Yankees. Elected to the HOF by the Veterans in 1955. 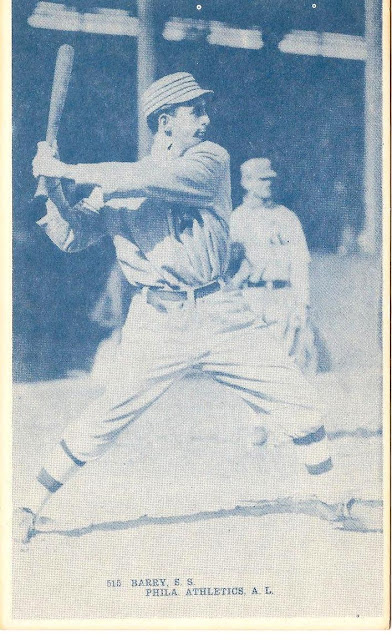 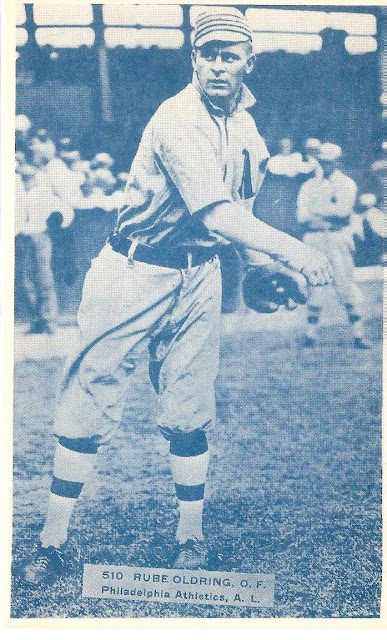 Rune Oldring played 1905-1918.  A's and Yankees. Tried to continue in the minors. Rube is considered as 1 of the 4 Super Stars (Chief Bender, Jack Coombs, and Cy Morgan) of the World Championship team of the A's. All four were in a 1911 movie called "The Baseball Bug"

These are interesting and several HOFers for me to keep in the PCs, but the 12 cards are available for trade. LMK.