Picking up where I left off yesterday. 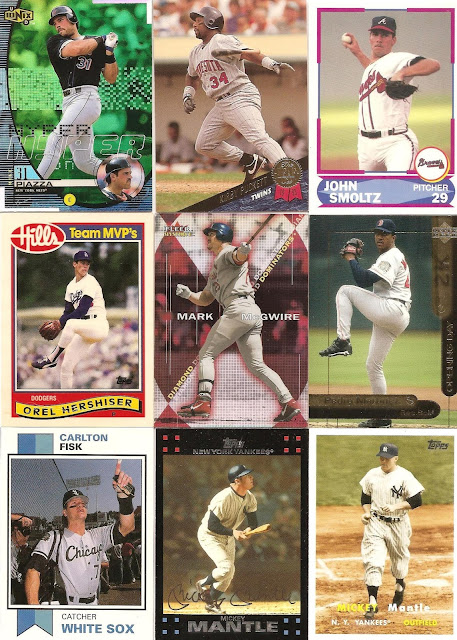 Nothing too extraordinary here, but still nice pick ups for the PCs, rather to check for the ones I don't have already.  The Piazza and McGwire are nice and the pair of Mantles was cool too. The Fisk was a Magazine issue. 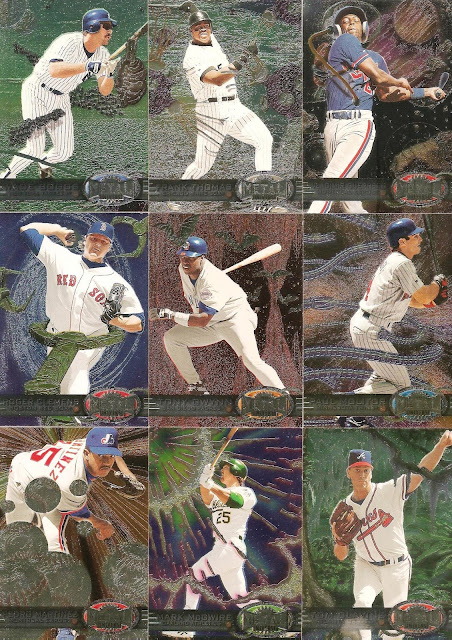 There was a nice stack of these too, but just scanned the nine above. I more than likely have them all, but hey they were already in the box. 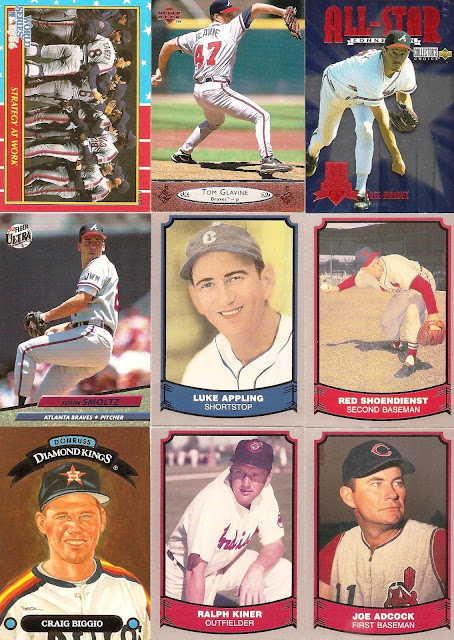 I know I have a couple of these. The Pacific legends above are new to the PC. And I needed the Smoltz Ultra for the set build. Now the World Series card (top left) is new to me. In fact the complete 12 card series was with the 1987 Fleer set mentioned yesterday. All 12 cards have homes, some for a Mets collector I know, some for a Red Sox fan, and some for a few in my PCs like this one. 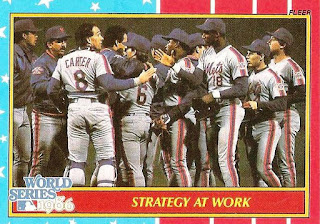 A better view. My dilemma is that there are 3 binder guys. Who to choose: Carter, Doc, or Johnson? I'm sure Strawberry is in the photo somewhere too. 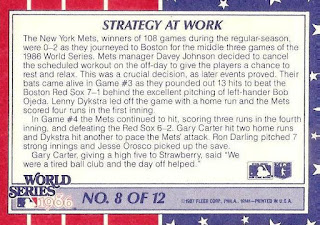 The back makes it easy. Davey Johnson (the manager) is one of the Birthday boys (2/25). 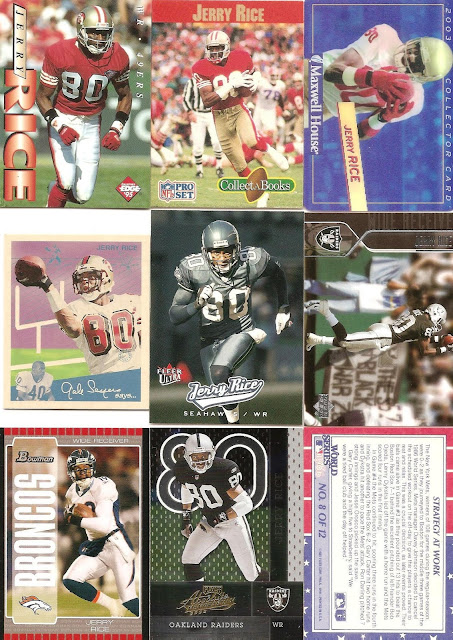 What are football cards doing in there?  Oh yeah Jerry Rice and he will go to my oldest daughter's ex-boyfriend. What can I say, he is a good guy (the ex), this is his favorite all time player, and besides they are still friends. The Maxwell House card is a motion card that also has Montana. 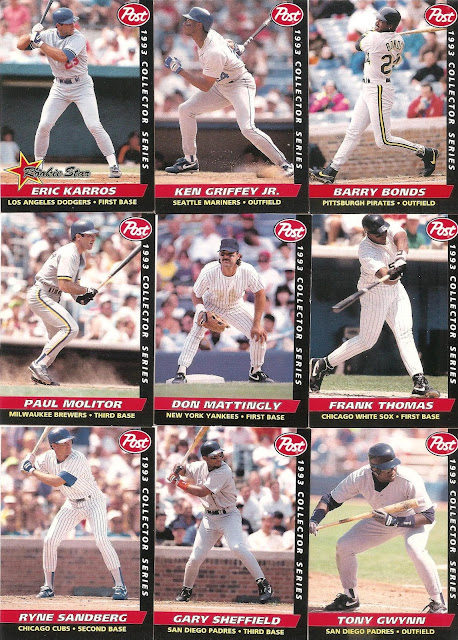 I'm kind of thinking I have these already. We'll find out soon enough. 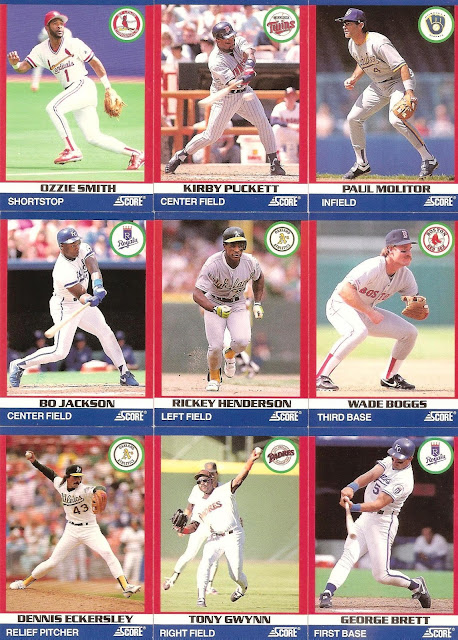 The same goes for these above and below. 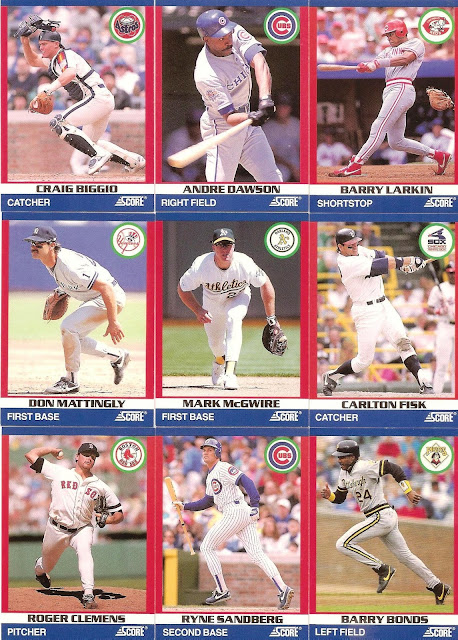 As you can tell there was too much "value" wise here. Although the 20 something Mantle cards helped out quite a bit and the couple inserts in the first scan today helps the offset of the $90 of credit used, just keep in mind there are hundreds more dime cards like the ones above. So I guess I did okay. After all, I wasn't using money anyways. Just a trade.

The best part of the day was the fact the Bob had found something I traded for 6 months ago, and he then misplaced it. He was suppose to come to my house last summer with a bunch of other stuff which he did bring over, just not these particular items. You will have to wait until tomorrow for those. You're gonna love it.