I didn't get any new to me cards in the mail today. In fact, I didn't get any mail today, not sure it has even run yet. So, relying on some back up files. These cards are 6 of the 100 or so I have in my "CAMEO COLLECTION". I only put cards where the cameo guy is one of the PC/Binder guys like Birthday or Hall of Famers, etc..... 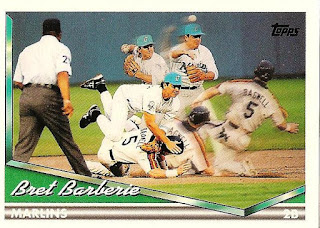 This card also makes it (or another copy of it) into the multi-exposure collection. 1994 Topps has several of these. Bagwell is a PC guy in my Hall Worthy Binder. 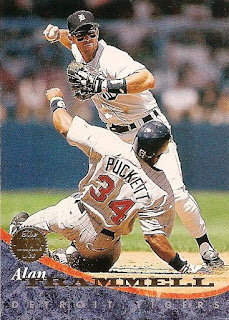 Puckett is obviously the cameo and a PC guy, however I think Trammell is one that hopefully the veterans will one day vote into the Hall. 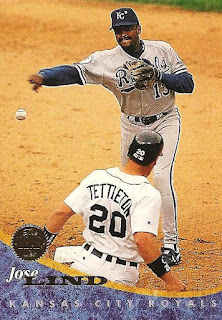 Tettleton is in my 9/16 Birthday binder. 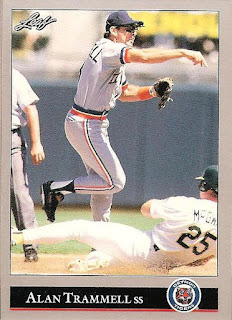 Trammell makes another appearance with the cameo shot of McGwire (not that he'll ever get in, but I still have a PC for him). 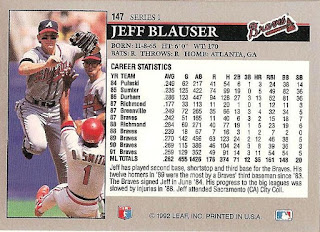 Another double dipper for me (pun intended). I was using the Braves as the dipper. Smith is a PC guy. 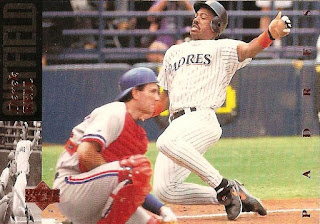 This card just shouts out that this should of been Gary's card instead of Lee.