Last Friday definitely netted some oddities. Among them were two deck like boxes of Japanese cards. The are team sets for the Marines, and Hawks and are part of a game. That is pretty much all I know about them because they are from Japan. I don't know who any of the players are, so both sets are available for trade. 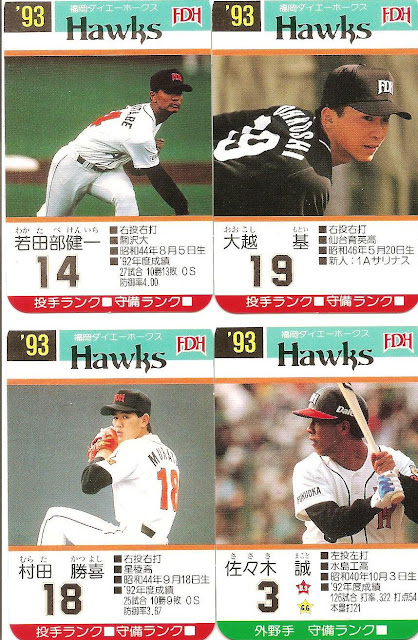 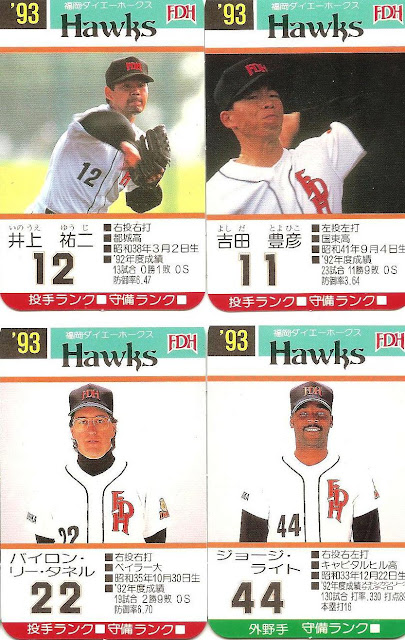 Not sure what the significance is between the red and green.

Now for the Marines. 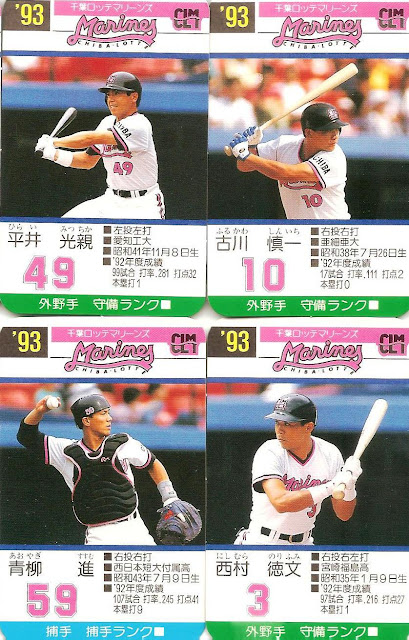 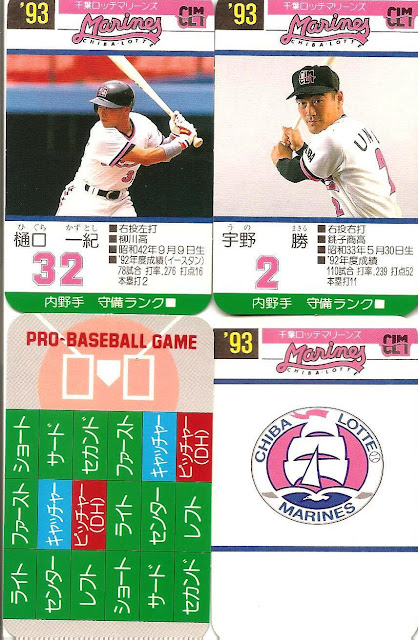 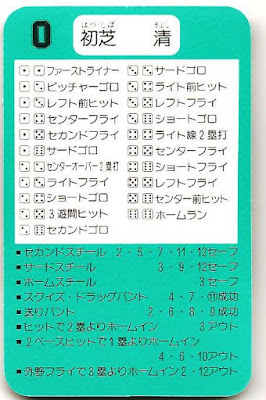 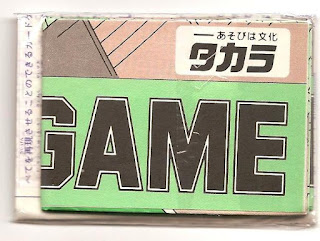 Each team/deck/box came with 32 cards including a team card and I guess a checklist. They also came with a sealed game board.

Posted by Johnnys Trading Spot at 5:55 AM