Last Friday (the 1st) knowing what my collection goals are for 2016, I went to the flea market hoping to get those cards I posted about. I did, which began knocking down some goals early on. At least working vigorously at them. That gave me one of the completed sets (goal is 12). Before I went to bed I browsed around Just Commons for awhile. That turned into an order that came in yesterday. My goal was to knock off some of those sets, but I got caught up on the newly released Bowman cards, and some other stuff. 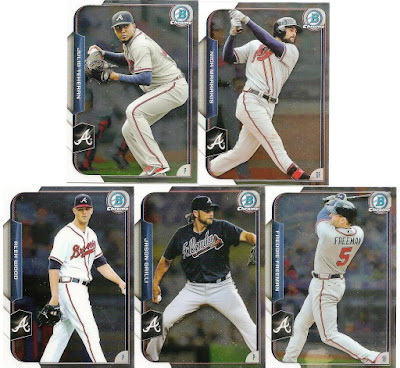 Knocked off the 2015 Braves Bowman Chrome base cards. 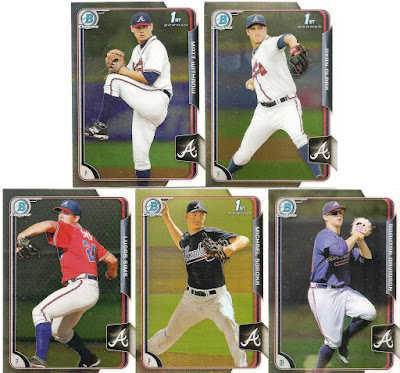 Grabbed most of the 2015 Bowman Chrome Draft above (missing 3). And the Bowman Draft missing the same 3 cards. Below. 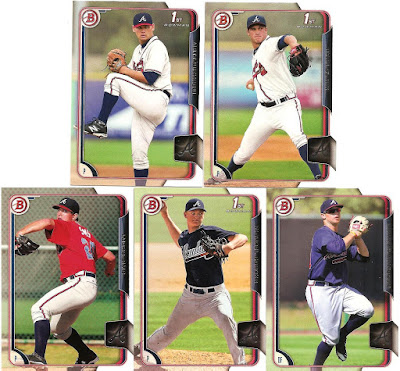 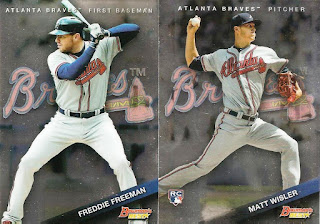 Knocked out the 2015 Bowman's Best Braves base. Wasn't hard it is just the two cards. 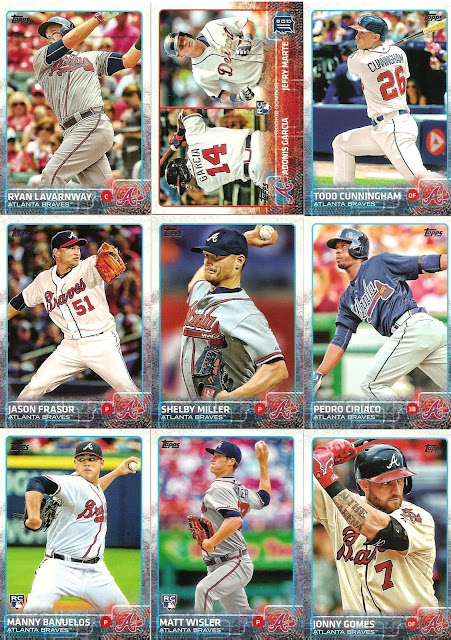 Grabbed up what 2015 Topps Update Braves cards I could (still need a bunch). 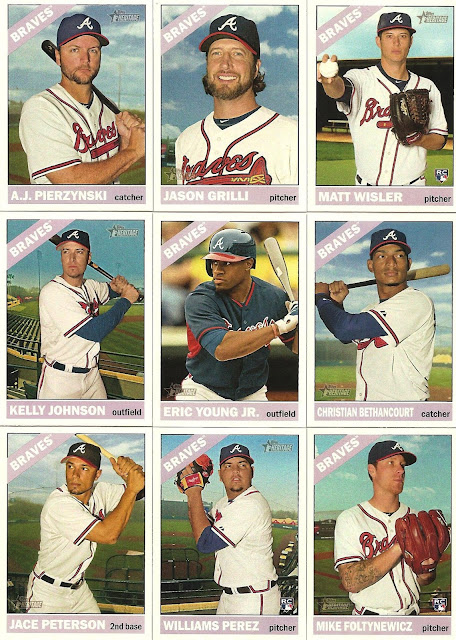 Knocked out the 2015 Heritage High Series. That completes the  run of 2015 Heritage (Braves) for me, now just 2 of 3 variations are needed.


Yeah I know started out trying to finish sets and wound up hitting up the 2015 Braves. I did grab a few other cards though. 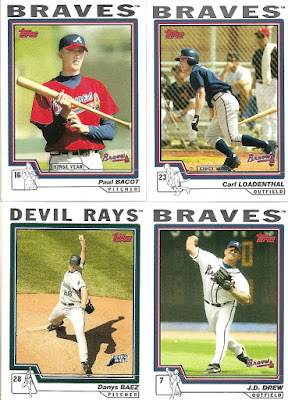 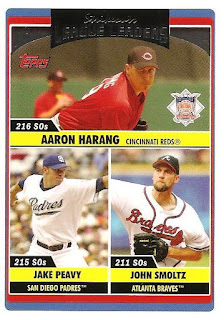 And my 2006 Braves Topps Update with the Smoltz above.

And the first two cards I scooped were these:

One more 1967 & one more 1972  Braves down.  Now I did get a bunch for my set build, but I pulled them out of my PCs, and I am still working on those and need to update the website with the Topps so far.  I also made a trade for a handful of 1975 Topps minis and those should be in real soon.

Have a great weekend.