This post should have been written yesterday, but that was a Wednesday. January 20th, 1871 is the "official" day the Atlanta Braves franchise roots started to grow. Unofficially, they can be traced back to 1869. History is one of my interests. I'll try to shorten the Wiki version.

The Braves have had an interesting journey, all of which has made them the LONGEST continuous franchise in Baseball history. Lots of ups and downs through the years. When I first became a Braves fan (not in 1966) in 1975 I was already living here in Ocala (moved back to GA in 1976). So my early years with the Braves was rough (they were the worst team in baseball).Then as I grew up WOW, from worst to first  the headlines read.  Lots of people jumped on the bandwagon. After a stint in the US Army, I came back to Ocala where I've been ever since, other than the rare family reunion, or sadly a funeral do I get/need to go home. I used to vacation the All-Star week back home, had to catch a Braves game, but then it was always the Expos the last series before the break. My life and career has changed a lot over the years, similar to that of my BRAVES!

I really tried to shorten this. But that's it in a nutshell. 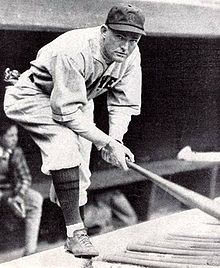