Nothing really wacky tonight, but some cards of interest. 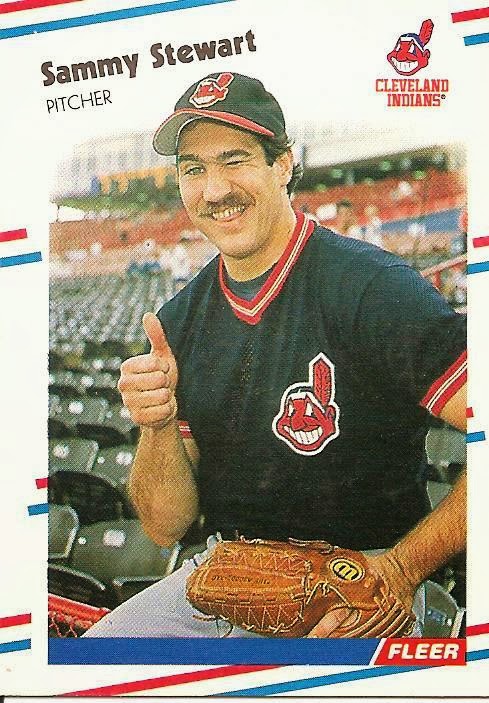 Ok, maybe a little wacky, here we have a wink and a thumbs up. Not your everyday piece of cardboard. 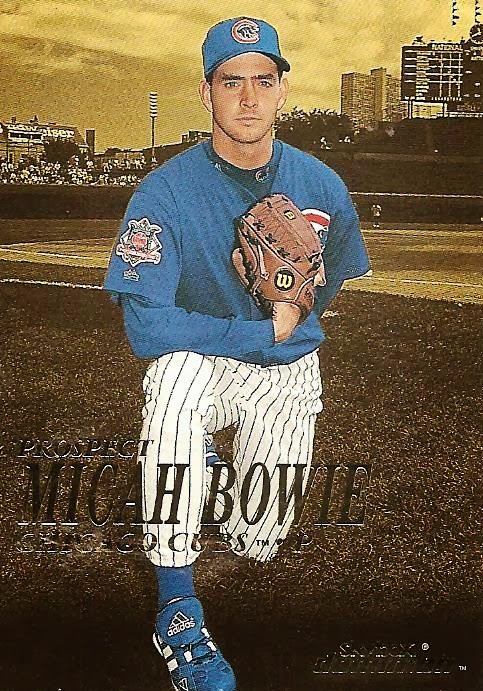 The Bowie is more of a "ugh" than anything. Although I collect prospect cards if they are in an Atlanta uniform like the one I have of Bowie from 1999 Topps. It drives me nuts! 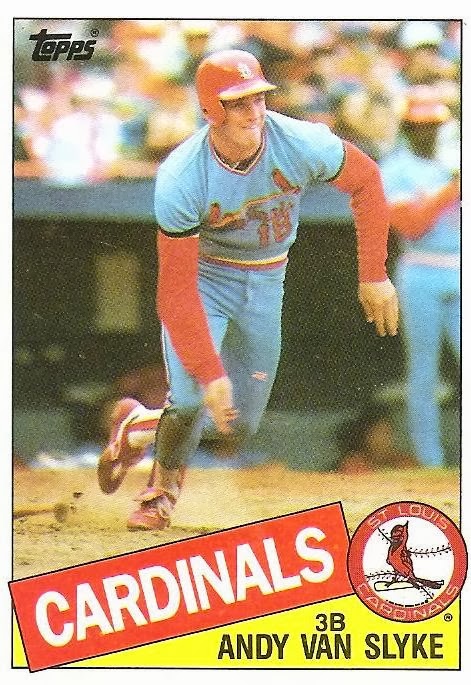 The Van Slyke made the scan tonight because I didn't remember him every playing for the Cards. I always think of him as a Buc. Some good dirt though and a tore uniform, lol. 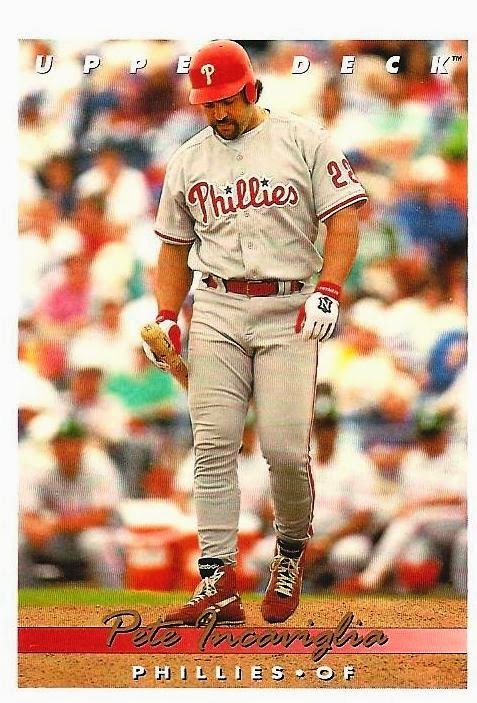 Talk about showing your feelings. Pete just doesn't look ready for this at bat. 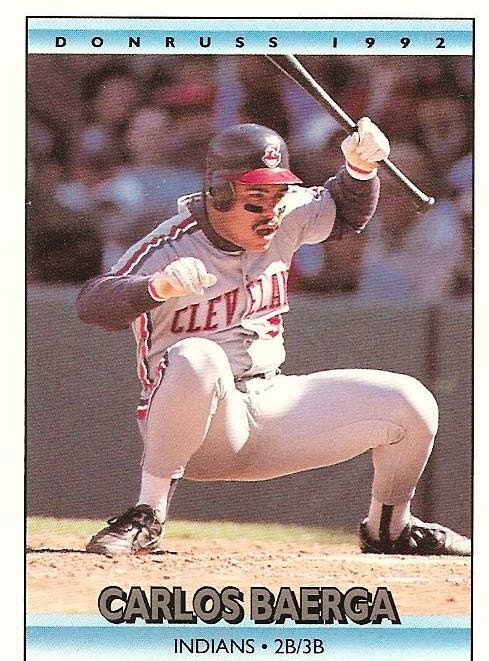 What a squat, stayed balanced, bat held up high. Its the look on his face that makes you wonder what was going through his mind. "UHH , I think he threw at me" "did he throw at me" 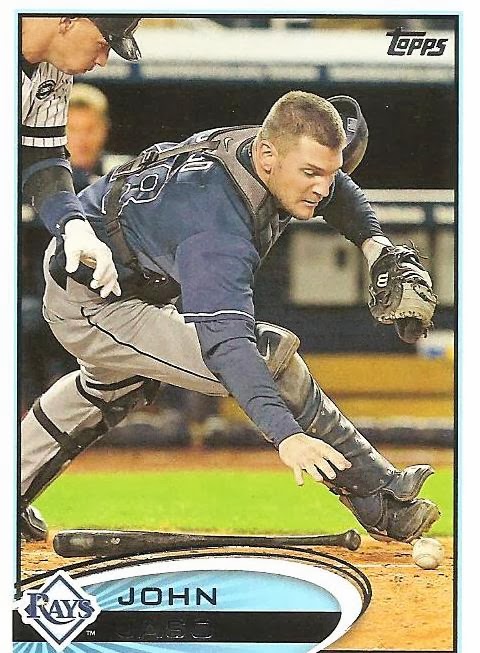 This card I just like. Bat, ball, batter/runner, and catcher all good. 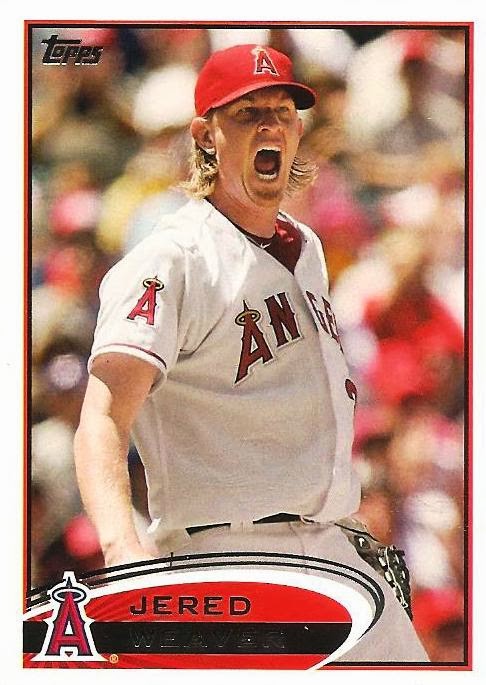 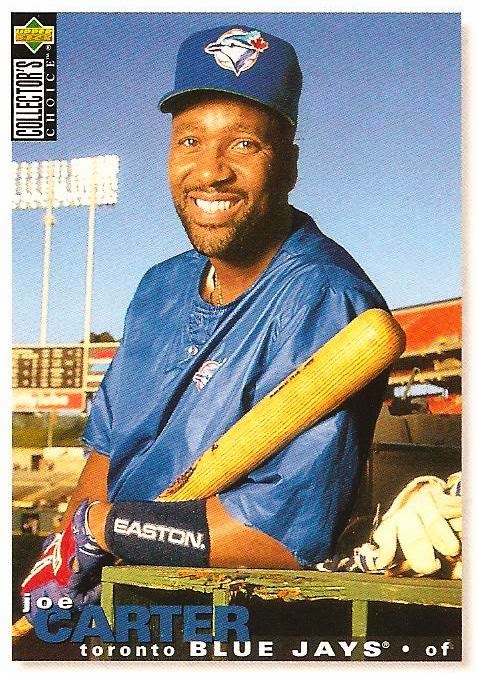 Look closely at the wood below Joe's wristband. You'd think with all the money in baseball they would fix that. Or least Upper Deck could have photo-shopped it. I'm just saying.

One might think that Richie wanted to break his bat there, and he may just have, but that isn't why this card made the scan. Here, look at the back.

Really? It's the hair. You look weird dude. Platinum locks with black sideburns, yeah doesn't work for me. 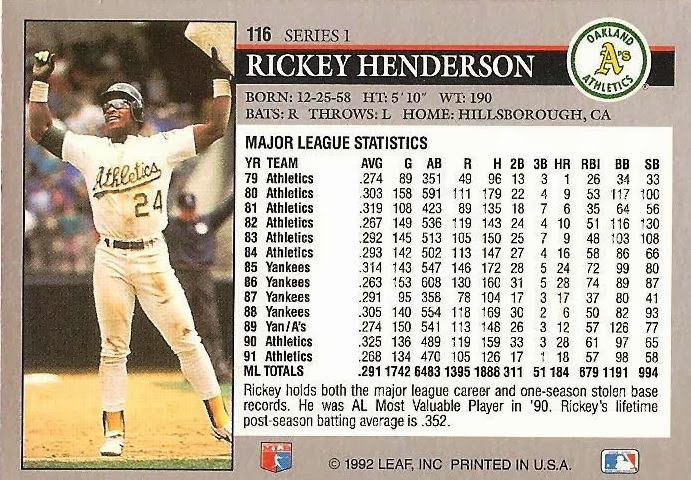 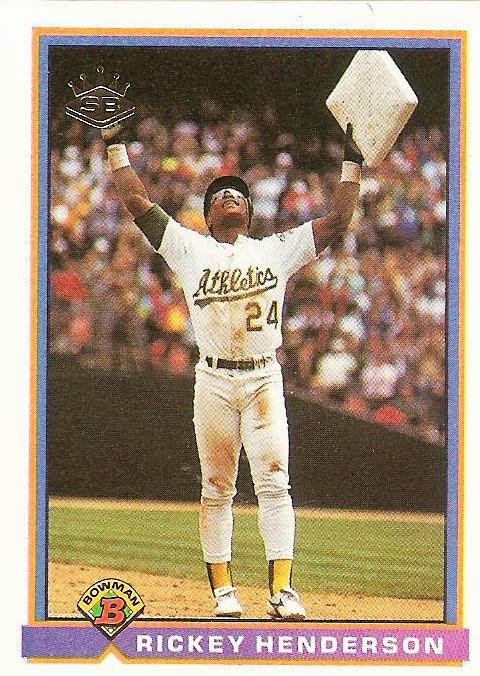 Bowman beat leaf to the punch with this 1991 (in factory set). Same basic photo (definitely same game, same dirt, etc), just better and the card back has a 10x better commentary. 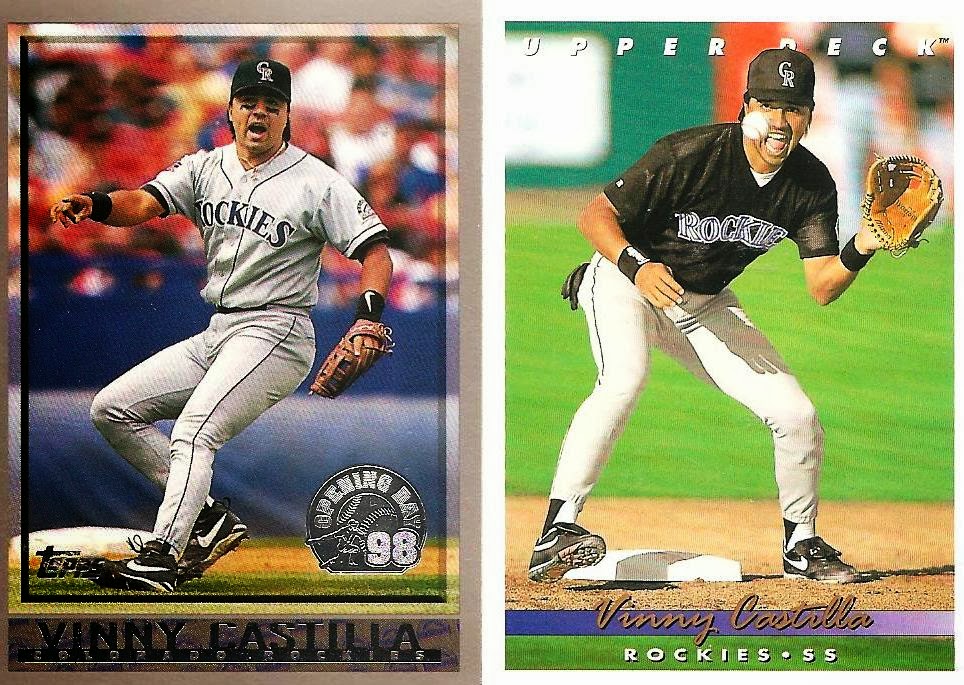 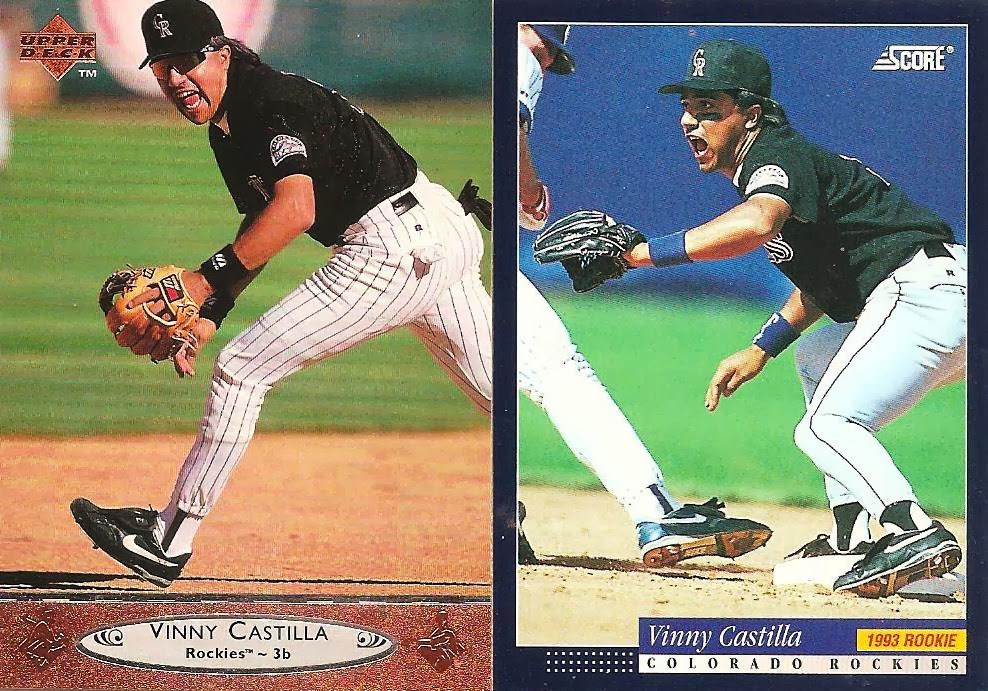 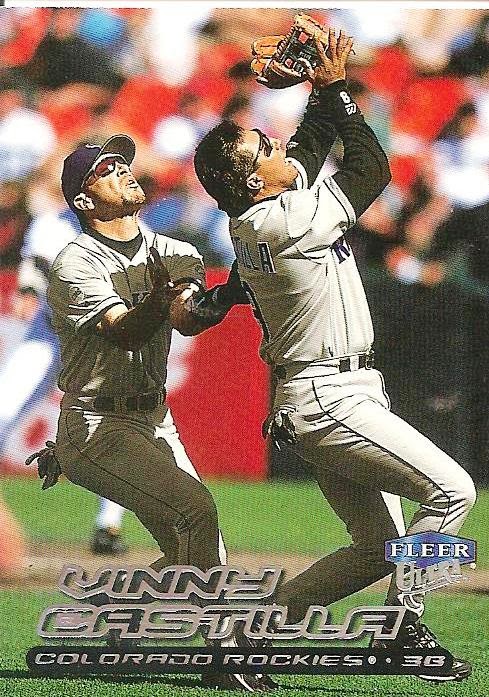 Now here I can see maybe he calling for the ball, maybe. 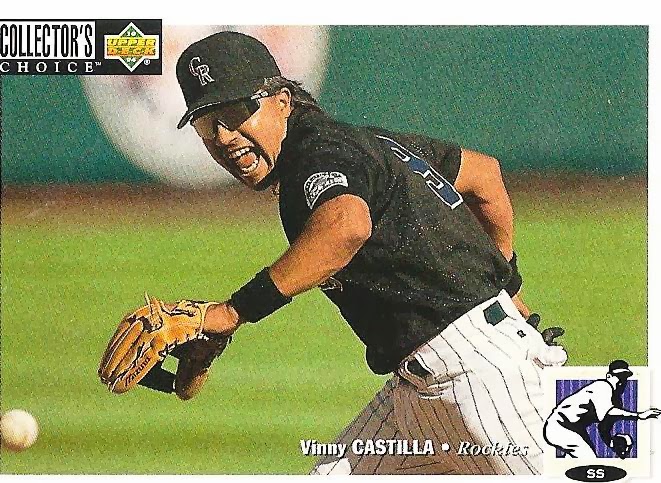 And from the vertical shot, yep wide open. sorry Vinny, I'm not picking, I really wished the Braves would've kept him around the first time. 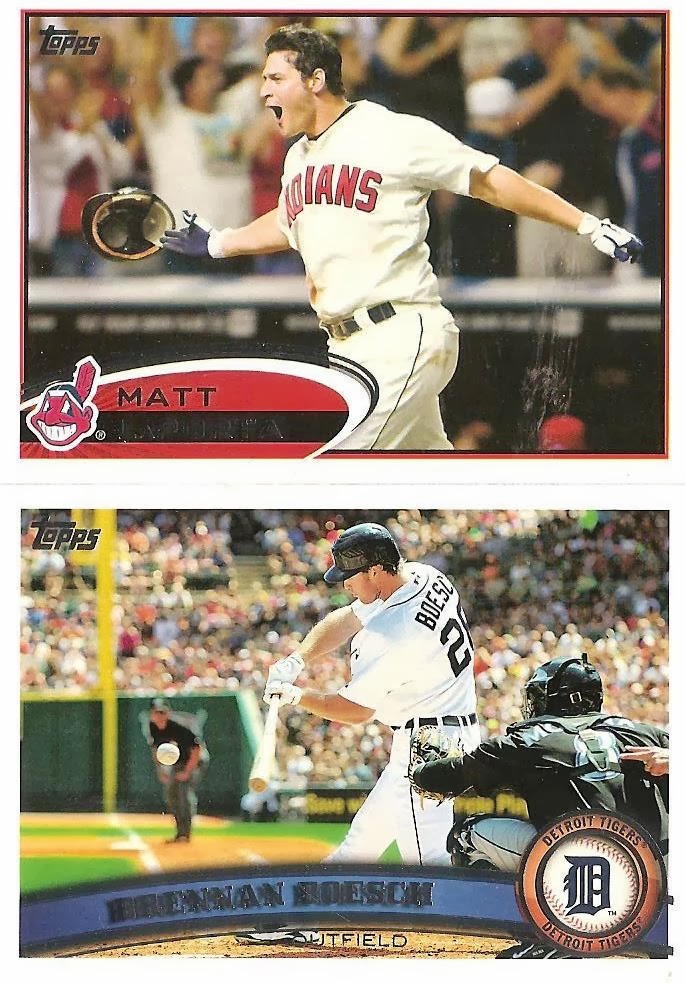 The two cards above are just really great shots. The ball is just so clear, the stitches and all.

Now for a more somber note. The following cards are tribute cards I guess. Throughout baseball history a tribute usually follows after the passing a former great. I have a ton of cards, and often wondered just what or who the was for, but never researched any at all. There are really a lot of them!. Great link here in case you want to check them all out. Baseball Tributes
Just scroll down a bit and you will see them going back to 1876. 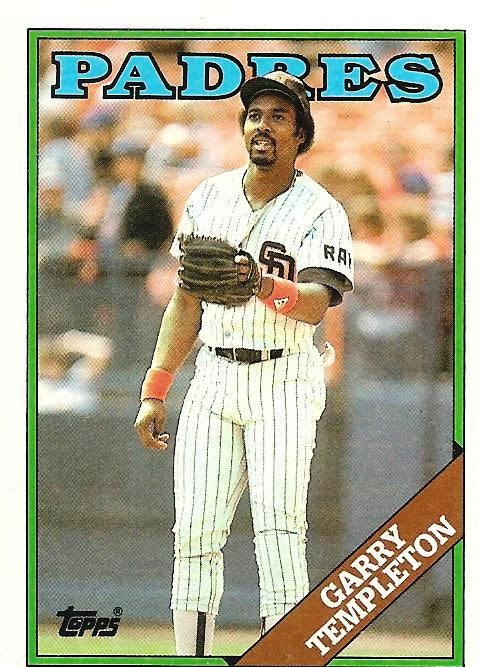 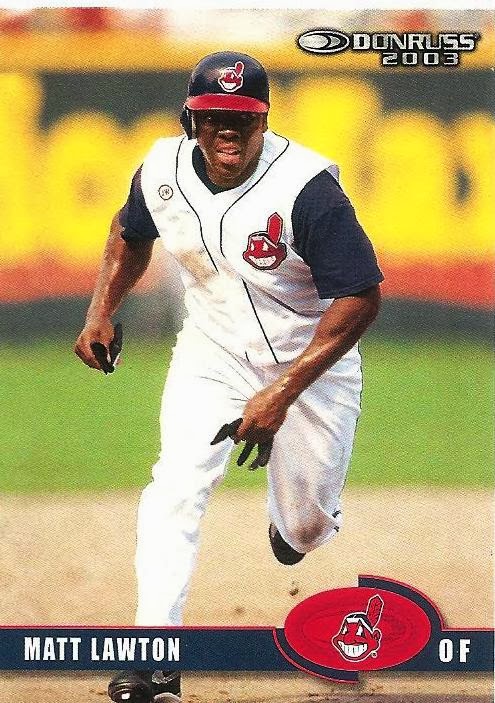 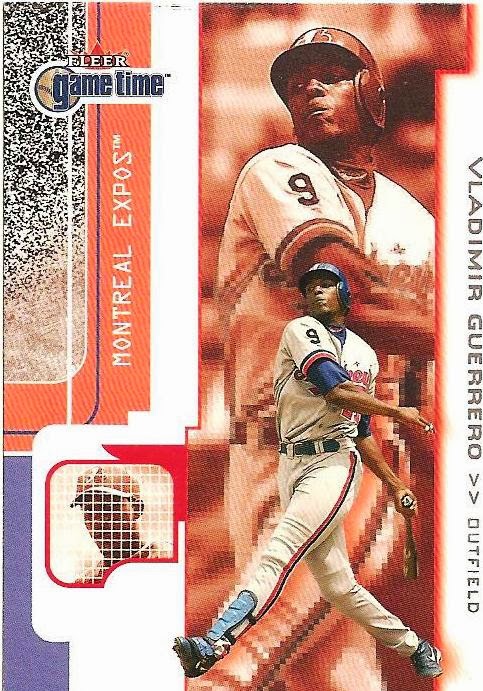 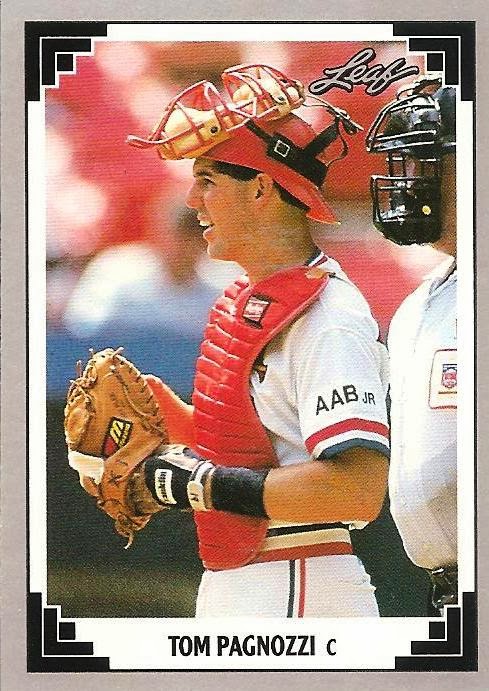 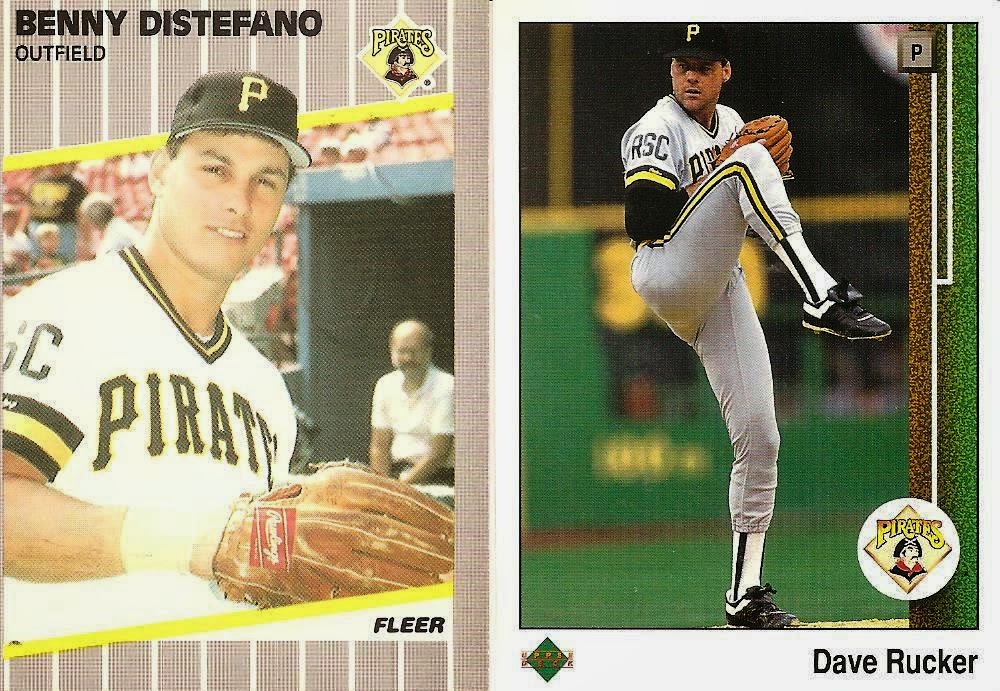 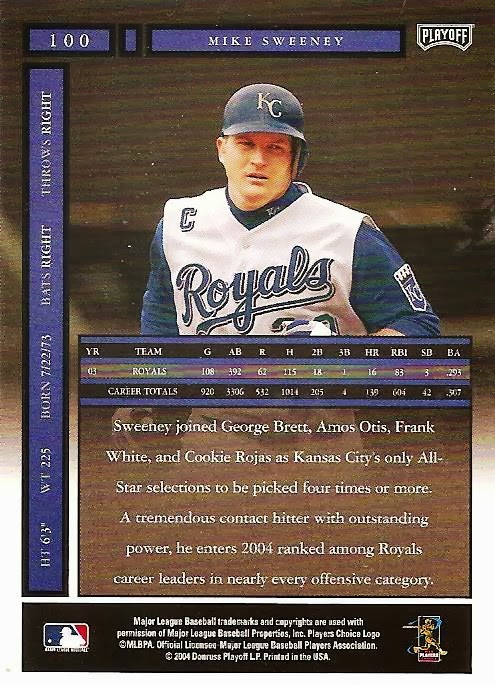 Just put the Captains patch in here to mess with you. I am glad most teams don't do this. 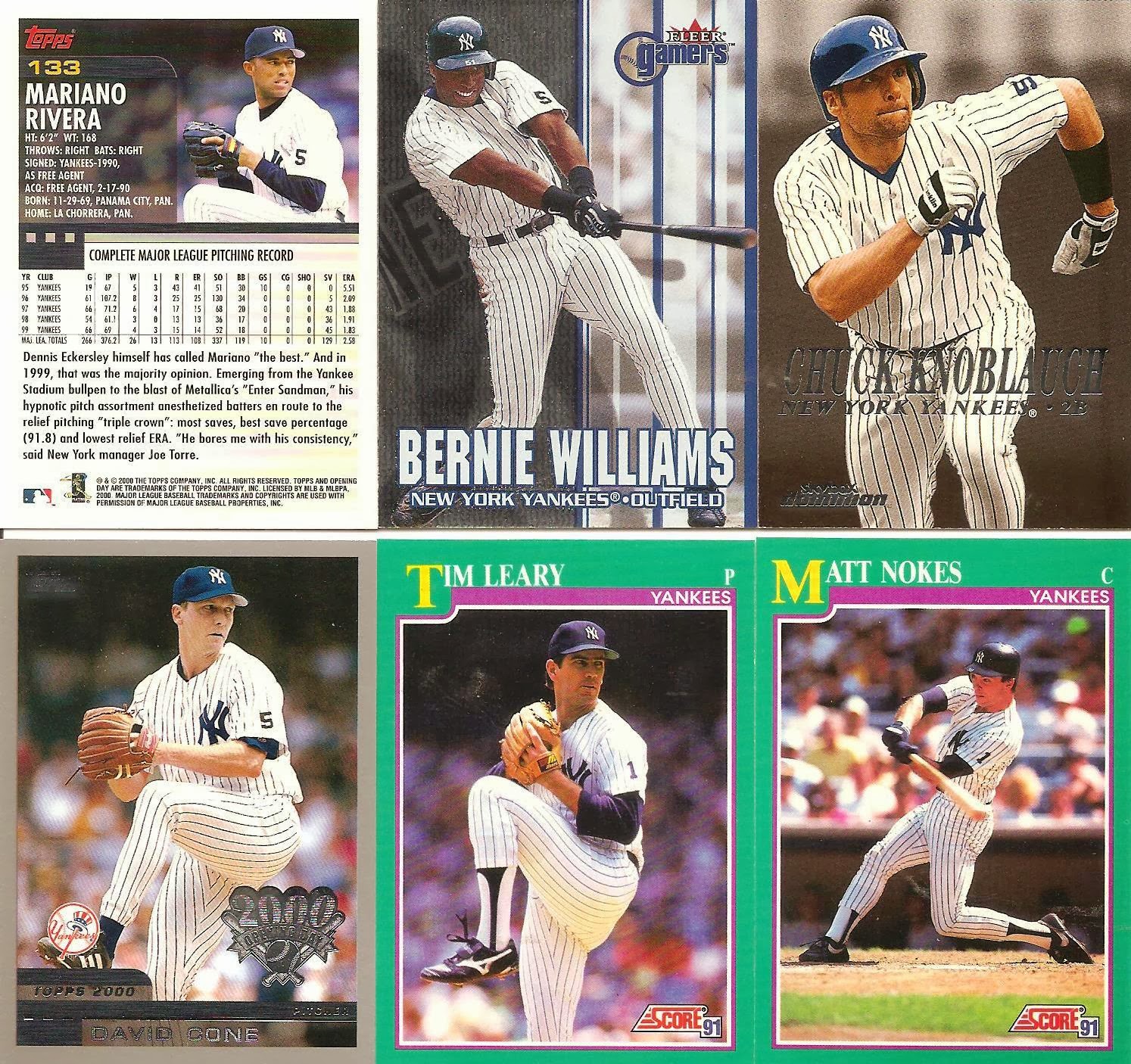 Finishing up with the Yankees and for good cause too. The #5 yeah yeah Joe D. we know 1999.
And the #1 for Billy Martin in 1990 which was the first time a former legend had the memoriam placed on the jersey, previously armbands, crepes, or it was on the cap.

I hope you enjoyed. Next week I will try to pull some really Wacky ones for your entertainment.
Posted by Johnnys Trading Spot at 8:46 PM