Something a little out of the ordinary

Yesterday I read a few posts talking about the Beatles anniversary thing. That got me thinking about some trading cards I have. No, not the Beatles cards from 1966 -69, I have already traded those to a guy in GA.

But some Rock Cards none the less, in fact that is the name of the 1991 set by BROCKUM, distributed by Mile Co. The set is composed of 288 cards and about 10-12 stickers (I have 2 complete sets, so one is up for trade to who ever wants to cough up some Braves, Elways, Falcons, or Buccaneers.)

Now I am not going to post all 288 cards, but I will show you some of the Band cards, some with guitars, drums, and singing with a microphone. 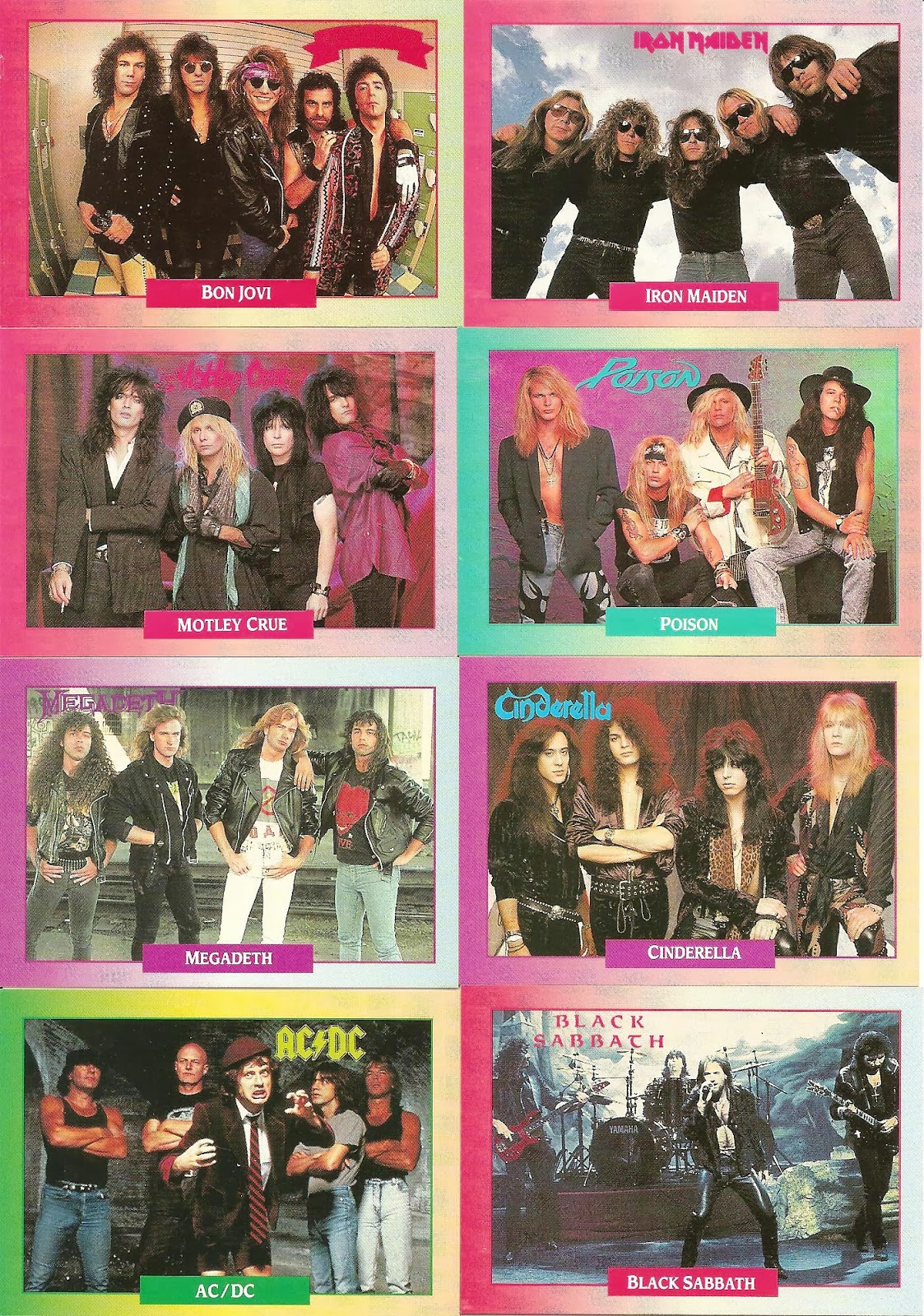 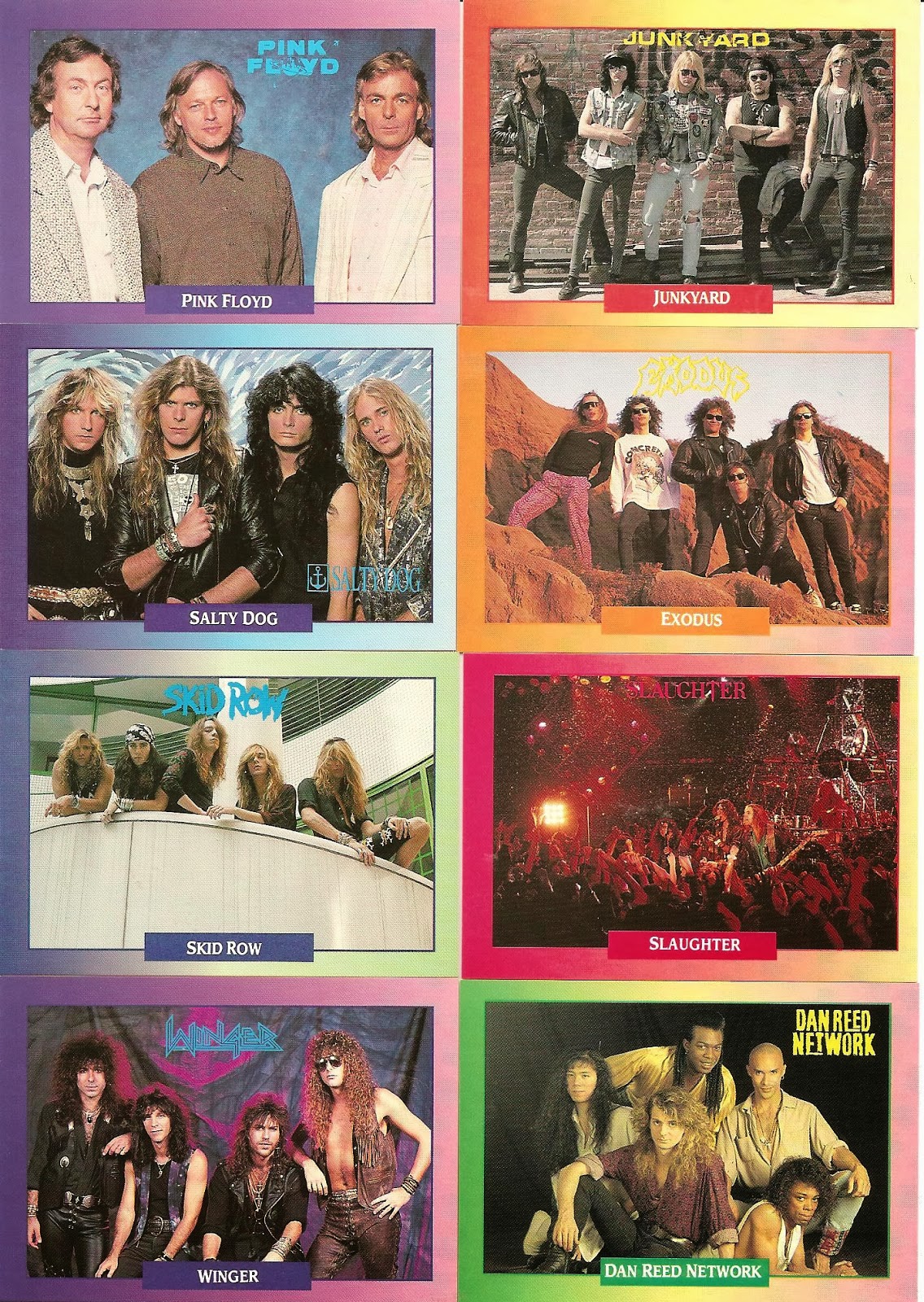 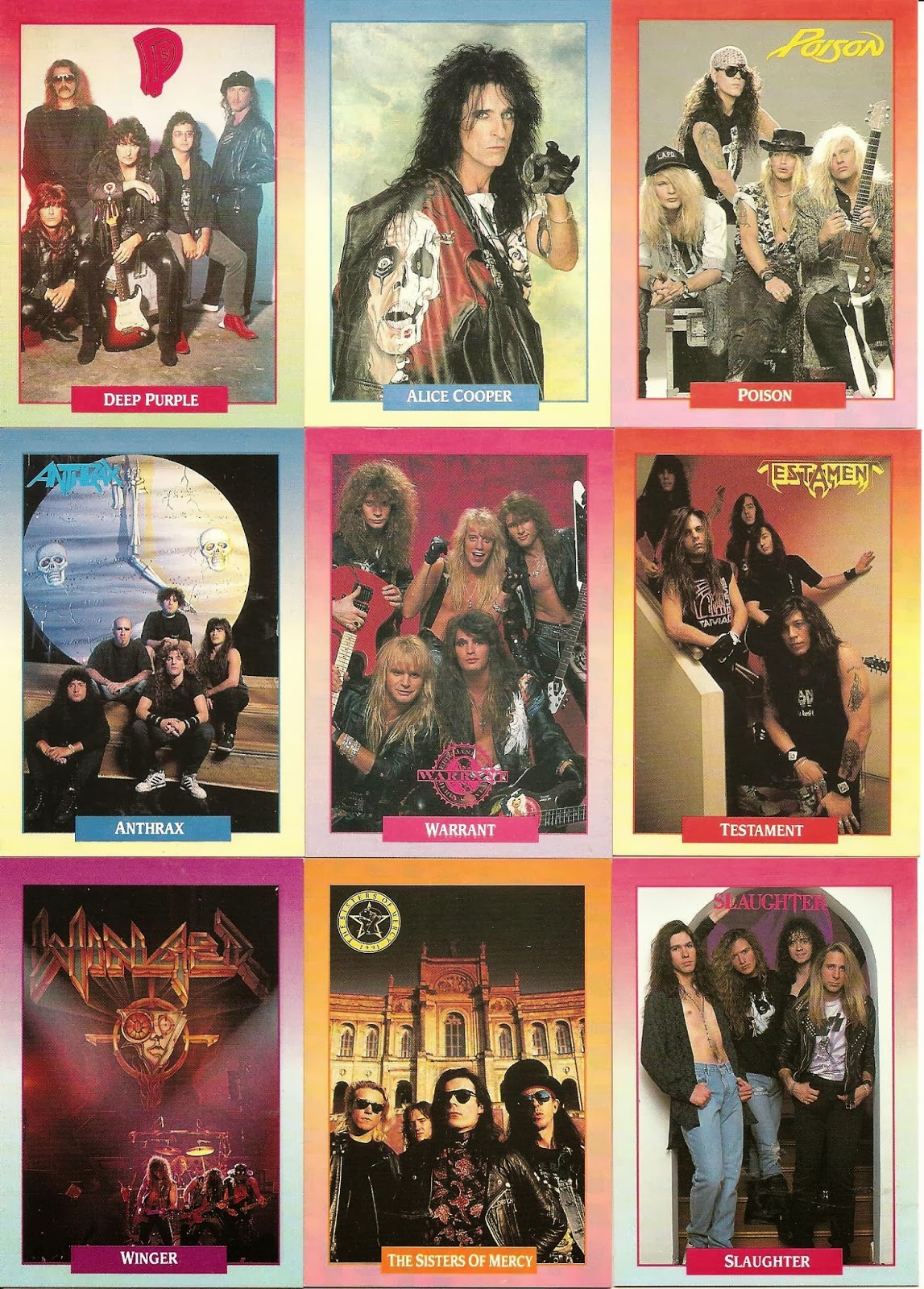 I definitely recognize a few of those names. Anyways, I had gotten these cards awhile back and never looked at them before last night. Back in the 80s music was a big part of being a teenager or slightly older young adult. As it is now too, I assume. Some of my friends liked the drummers, some liked the guitarist, and some the vocalists. So I scanned some of each to show you in case you were one of those people who preferred one over the other.

The front men so to speak. 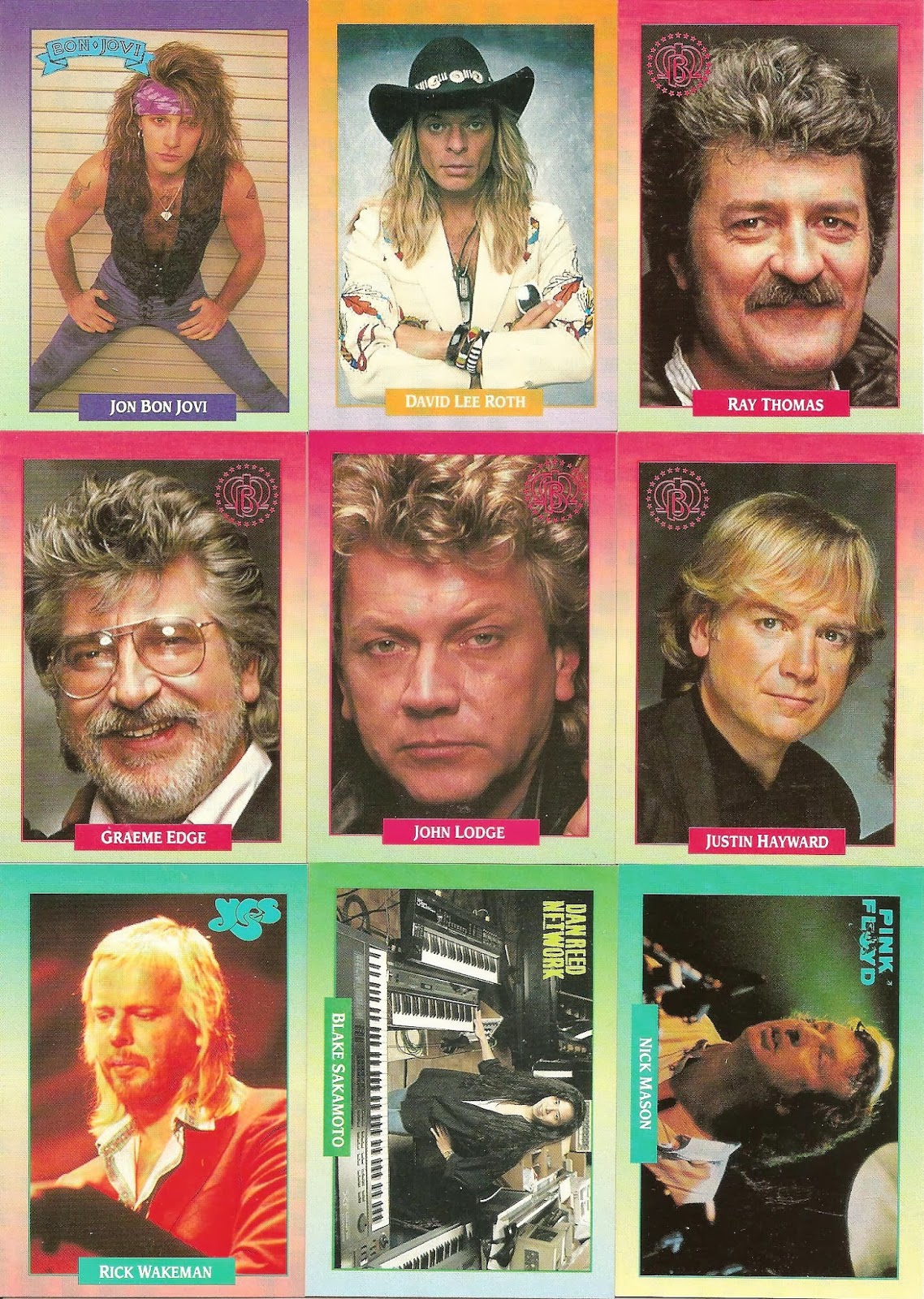 The guys in the middle and top right corner are the Moody Blues guys. That is their only cards in the set, so I put them in here. 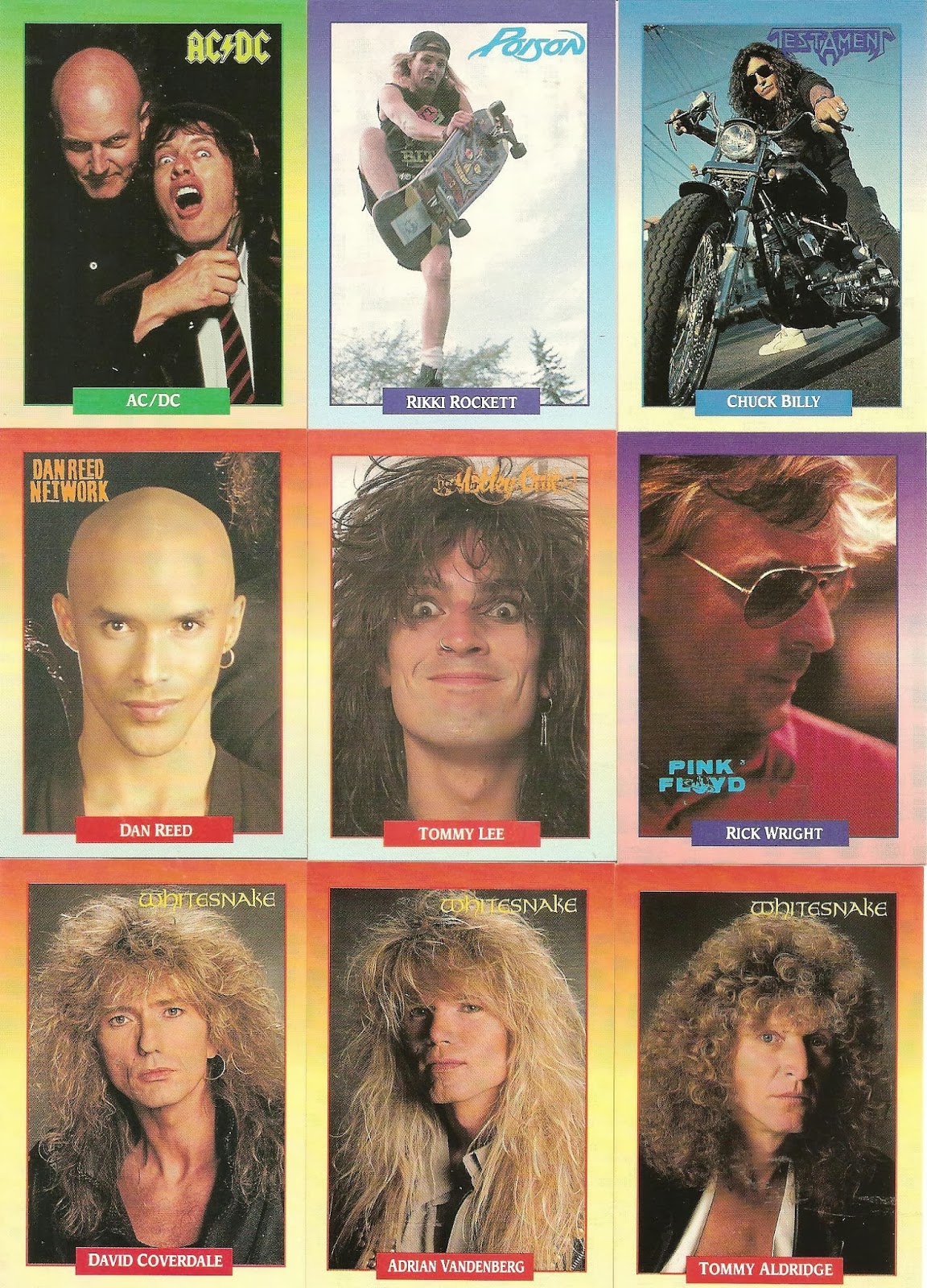 That is a really cool AC/DC card. Seeing that David Coverdale cards reminds me of I think their first video, HOT girl on the hood of that card, Wow, great memory. 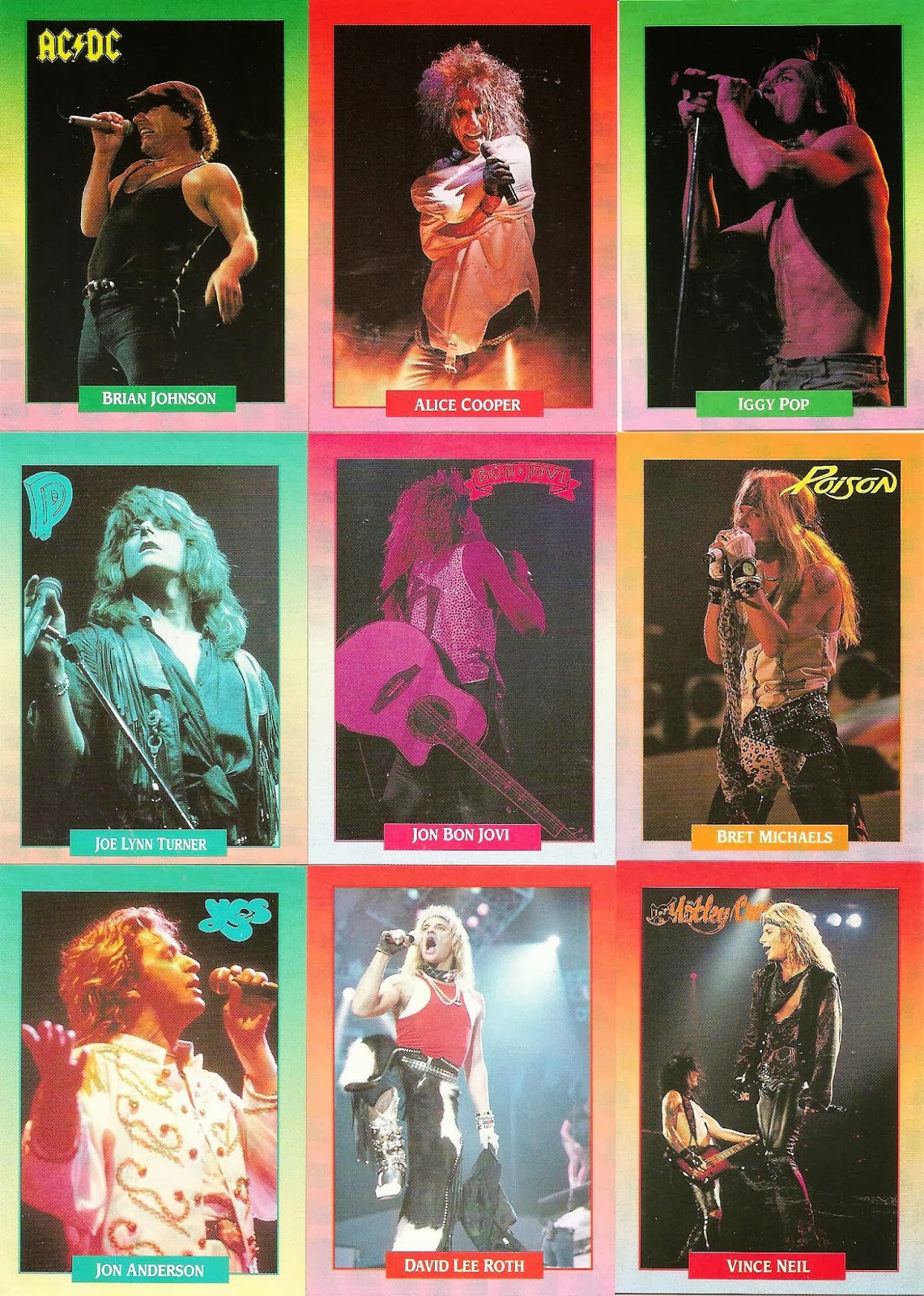 The card backs have bio and stat like info on them, I probably should have scanned one. 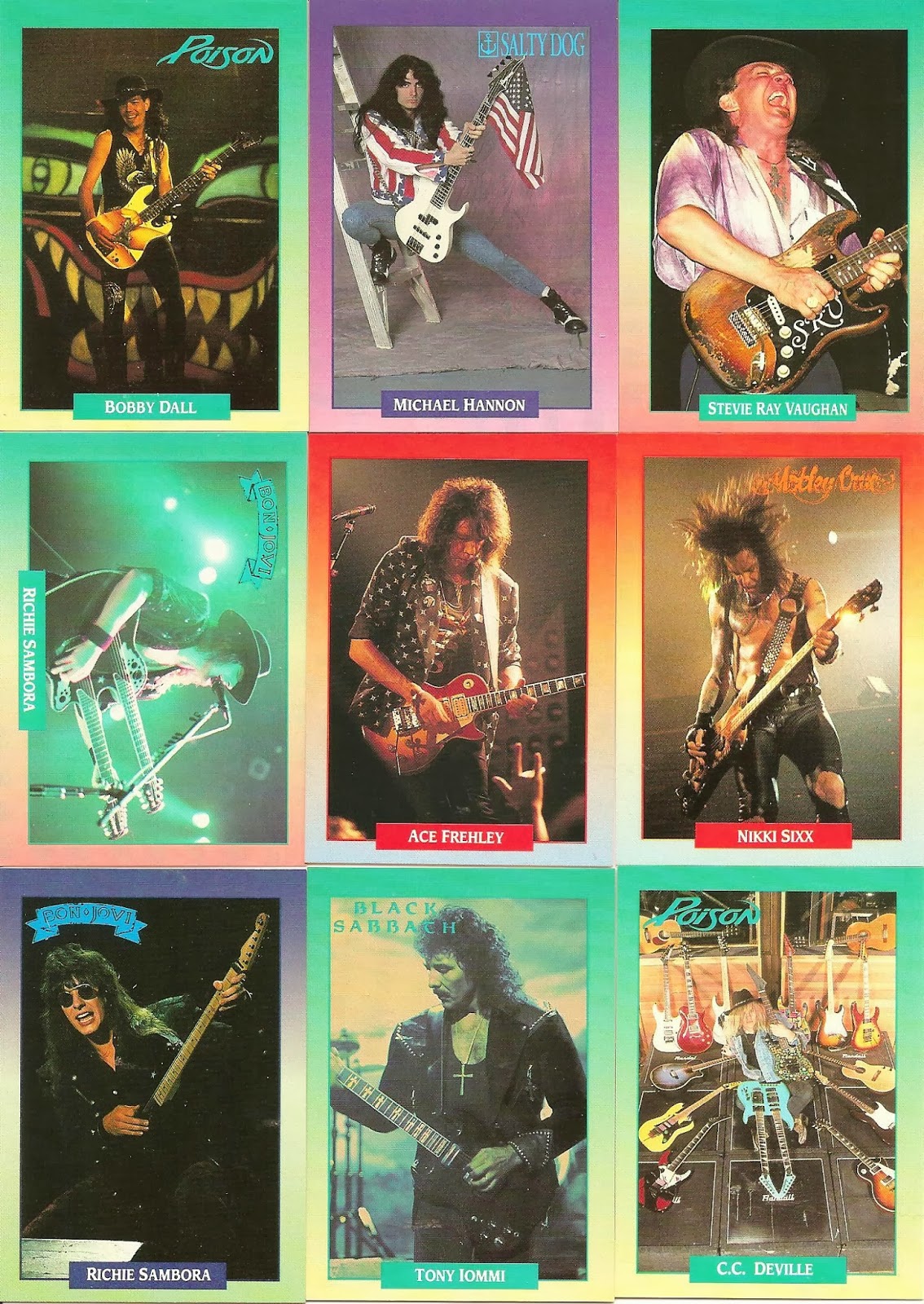 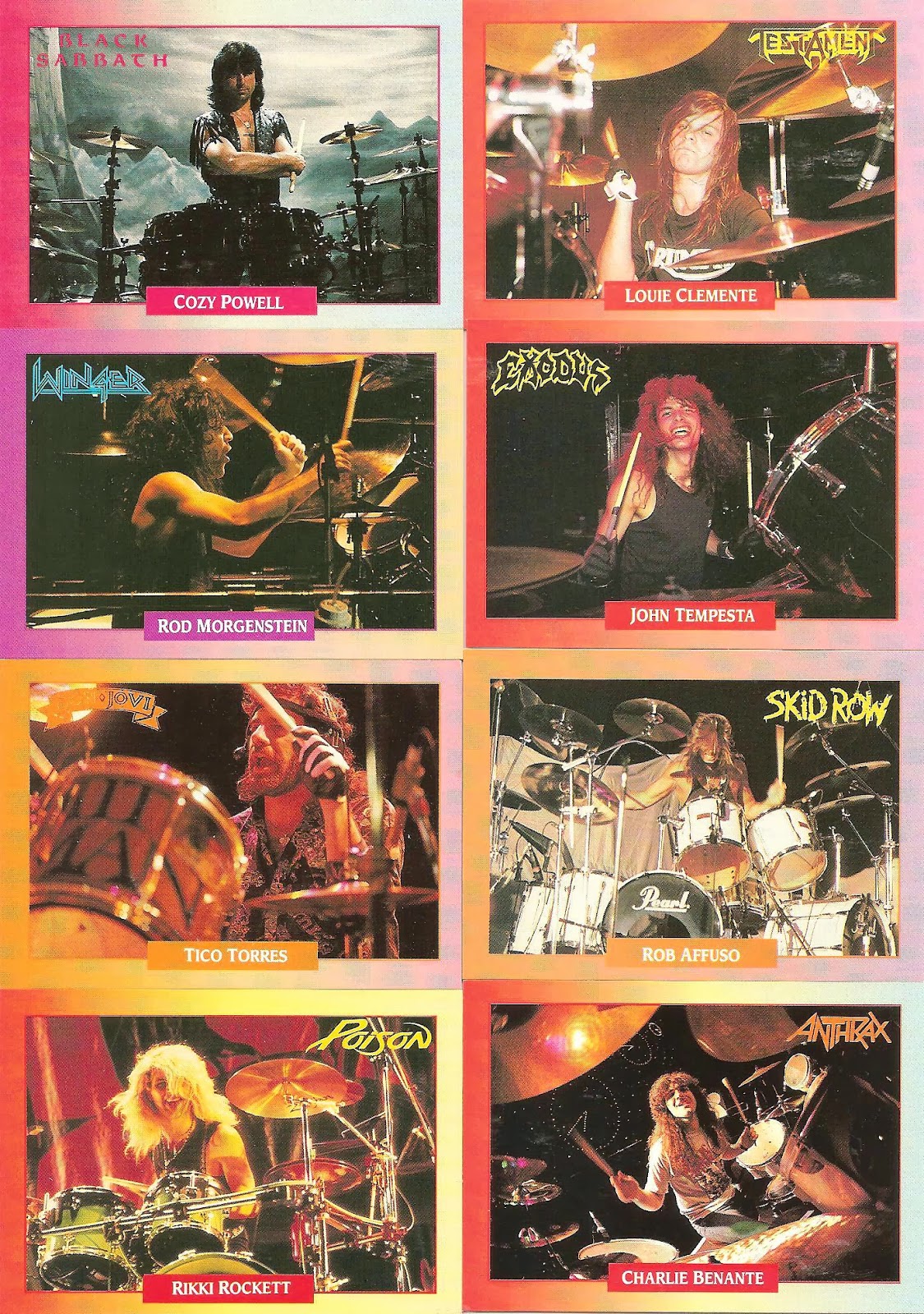 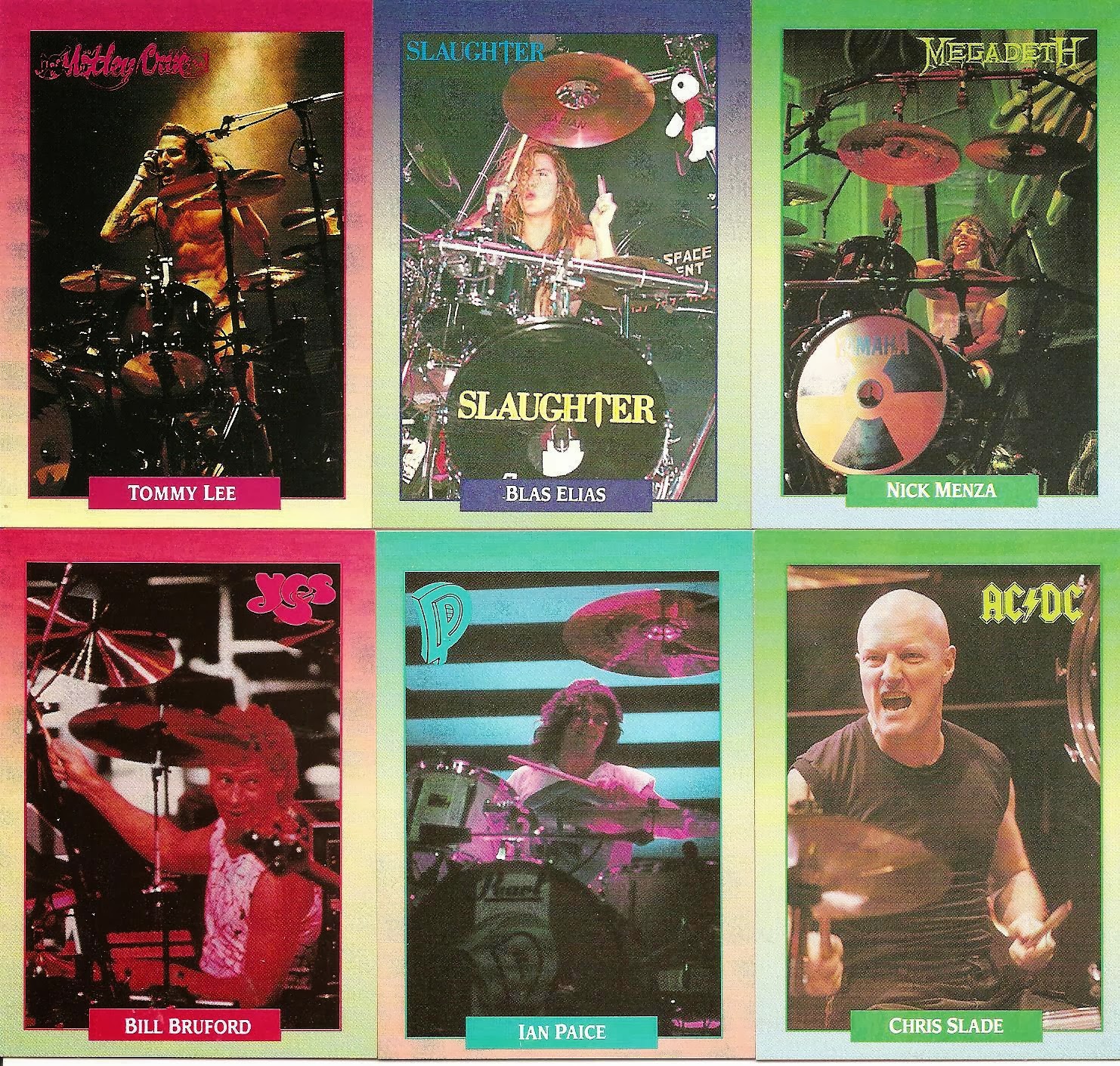 Some of you may recognize Tommy Lee above, but it may not have been because you seen him in concert, but as an actor playing the role of the Dad on Zack & Cody, LOL. Or maybe it was his stint as Mr. Pamela Anderson.

Thought I would chime in with my 2 cents on the music. If you would like this set comment here or send email either one. Not looking for much, just something to cover the shipping of the cards and the stickers.
Posted by Johnnys Trading Spot at 10:58 AM