Monday through Wednesday only brought in 3 packages. Not to worry, 5 packages came today, but those are for Sunday Shout Outs. First I would like to apologize for an error I made in yesterdays post. Then lets take a look at the three. 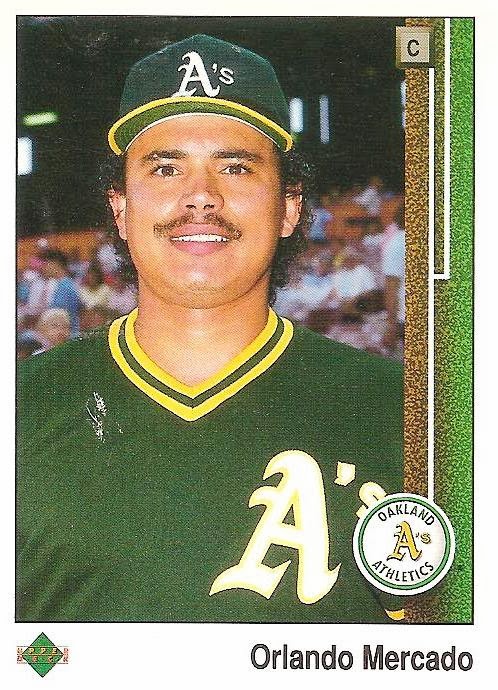 I have two of these cards, and one doesn't have the "bird poop" weird. Those marks are not my scanner (although looks close to it, I need to clean it), they are on the card and looks like it came that way. Here's the correct version or not flawed card. 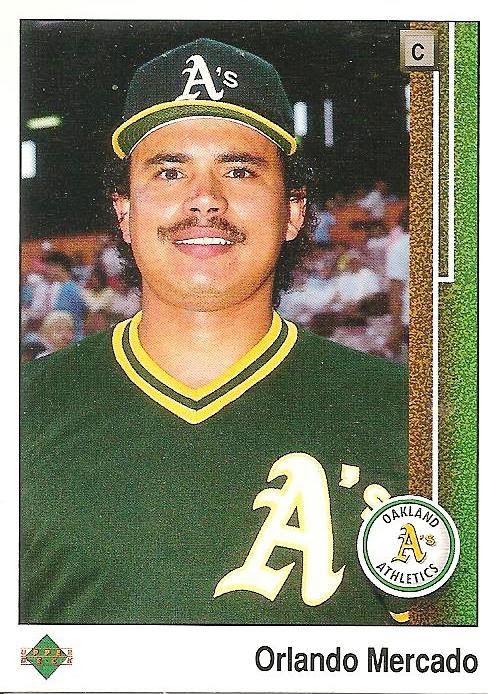 Yep, no poop! Sorry. Still it made for an interesting "Wacky" card. 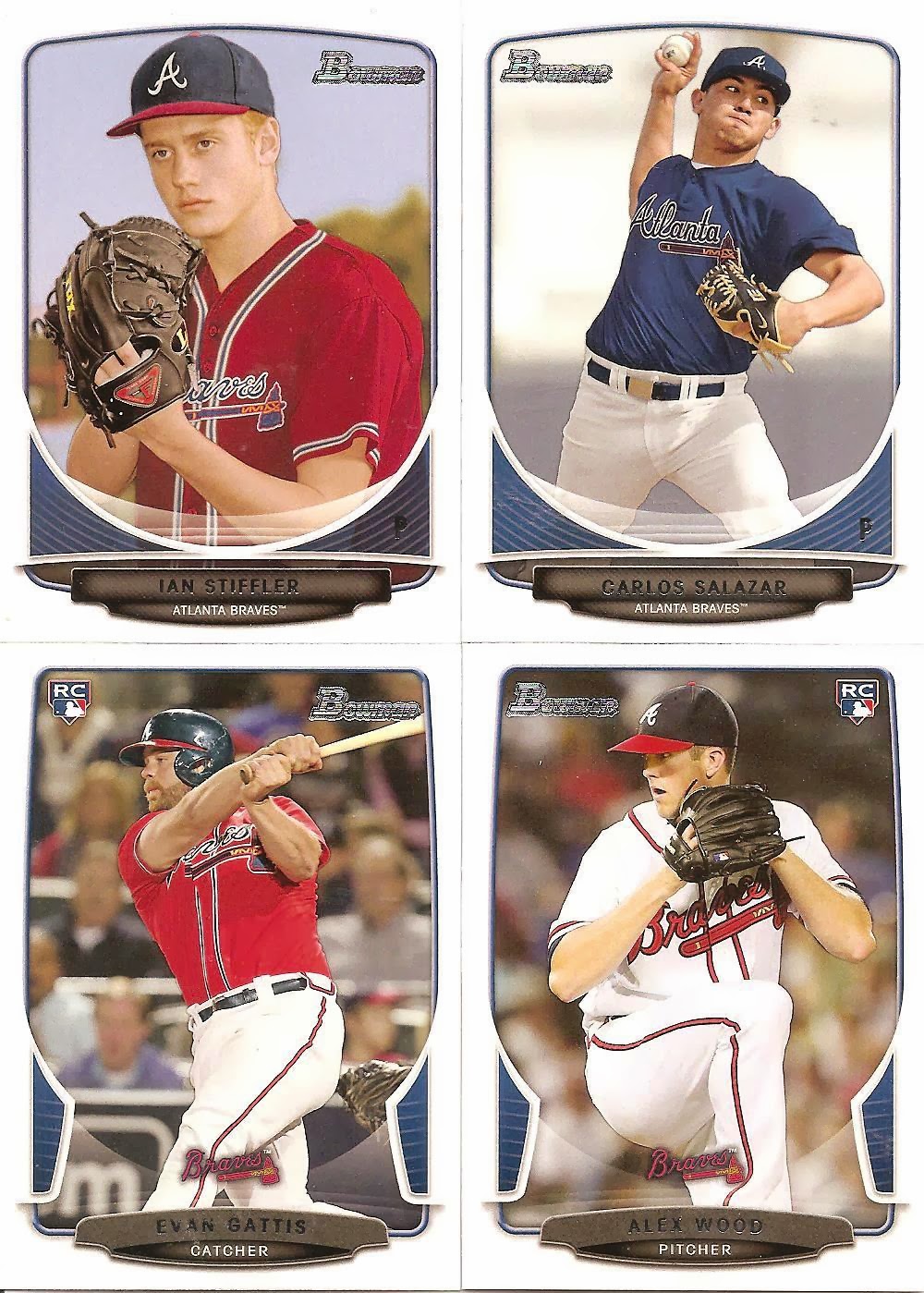 The Gattis and Wood RCs were nice kick ins, eh? Above and Below! 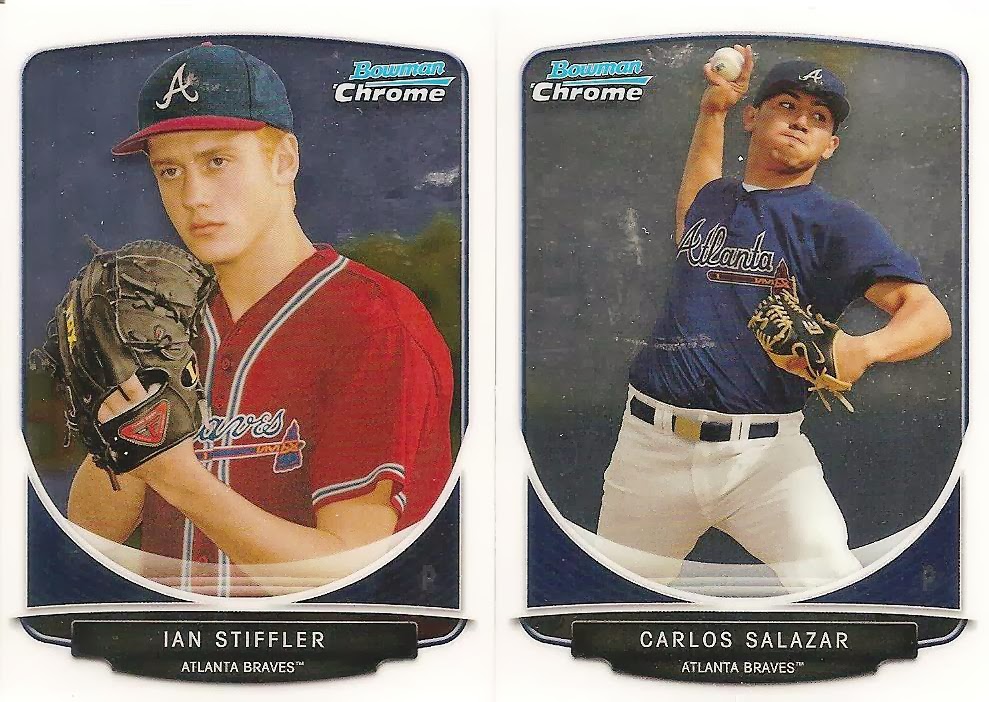 Now the second package was from Al at Beckett. 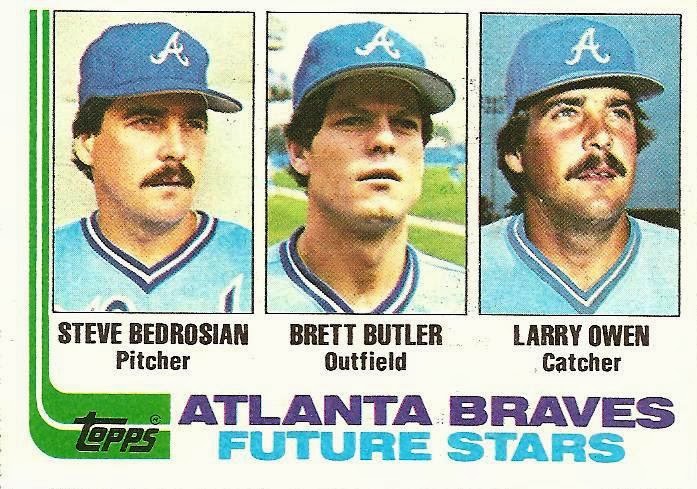 One more of those, I just posted that I got one of these recently and the next day I was able to trade for another one, Still need at least 1 more.

Al sent 3 Elway "hits" for my PC. Greatly appreciated too! 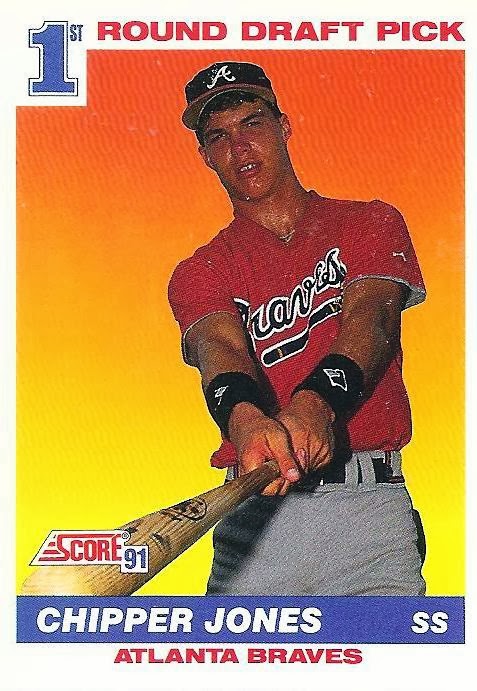 I already have several of the Chipper, but I can now put one with the Bat Barrels. I have one in the Flagship binder (#3), my brother has his in #2, and I have one with my 1st rounders (noted on front of card). I actually have 1990 Classic Chipper in binder #1.

Next package came from Don Roth (a Mets Fan) who sends me these 4 Binder 3 hits: 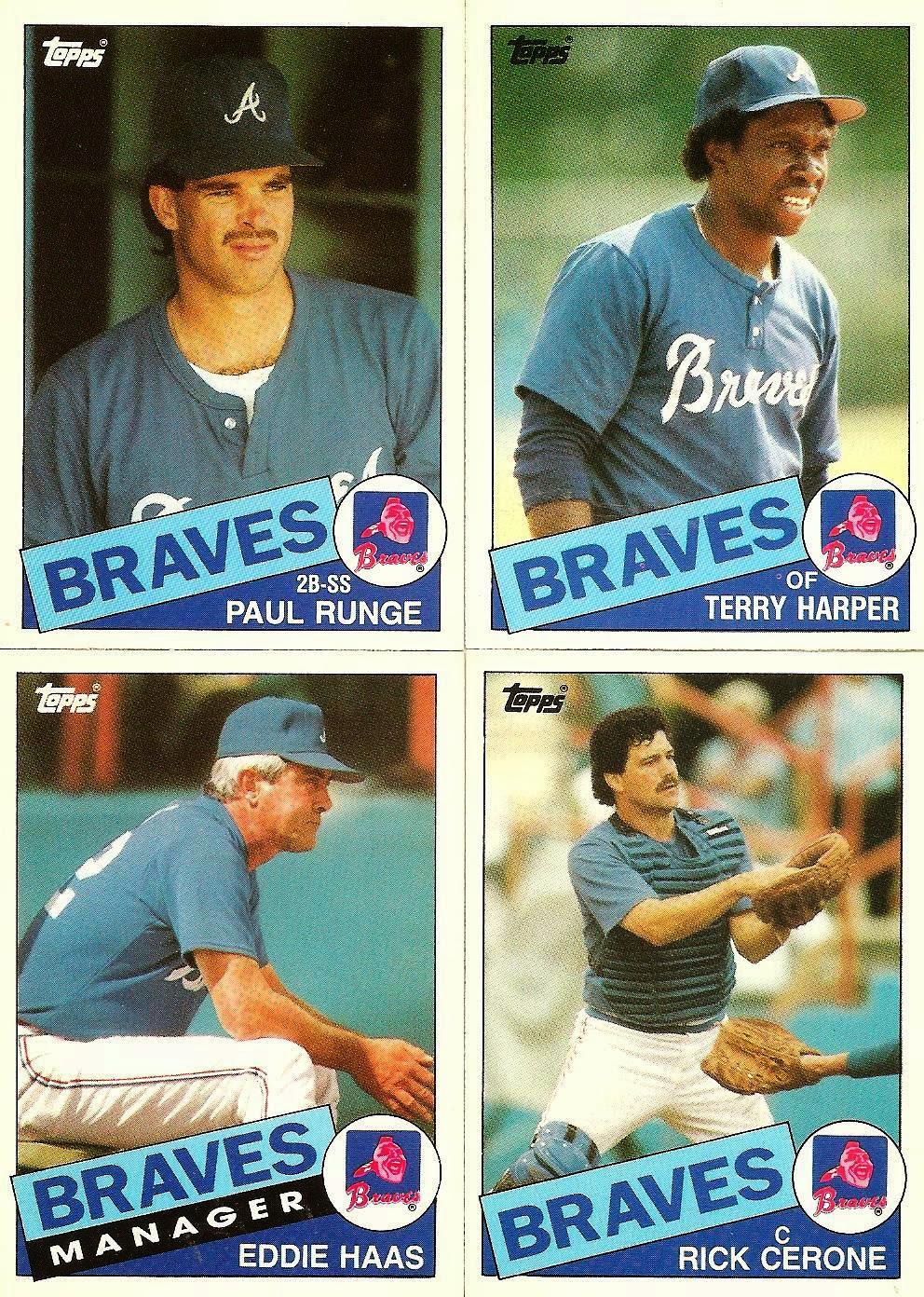 That is it for the first half of the week. Trades in the mail: Chris (Nachos
Grande), and Mark Hoyle.  See you with the rest come Sunday. Some really COOL stuff that came in today.