No "s" there folks, nope, nada,  just one mini for tonight. Some might actually call it a small frankenset being that it is limited to no more 100 cards. Let me explain. I decided to run my boxes through and pull "Jersey Numbers" which is what I am calling this mini collection. I decided to not TRY to find the players with certain numbers on purpose. Instead, I started with one monster box and started with #1 and which ever player came up first in that box was it (unless I swapped it out while still in that box), then continuing in the same box with #2 and so on. Once through that box whatever number I was on is what I started with in the next box, and basically I had to run my 6 monster trade boxes 1 1/6 times. To get what you see below. Yes I found a number 00, so I obviously placed that one first. I wonder how many consecutive numbers before I am am halted. Any guess, without scrolling down? Nearly all of the cards show the Jersey Number on the front, with the exception of 3 or 4 I think. So here we go. 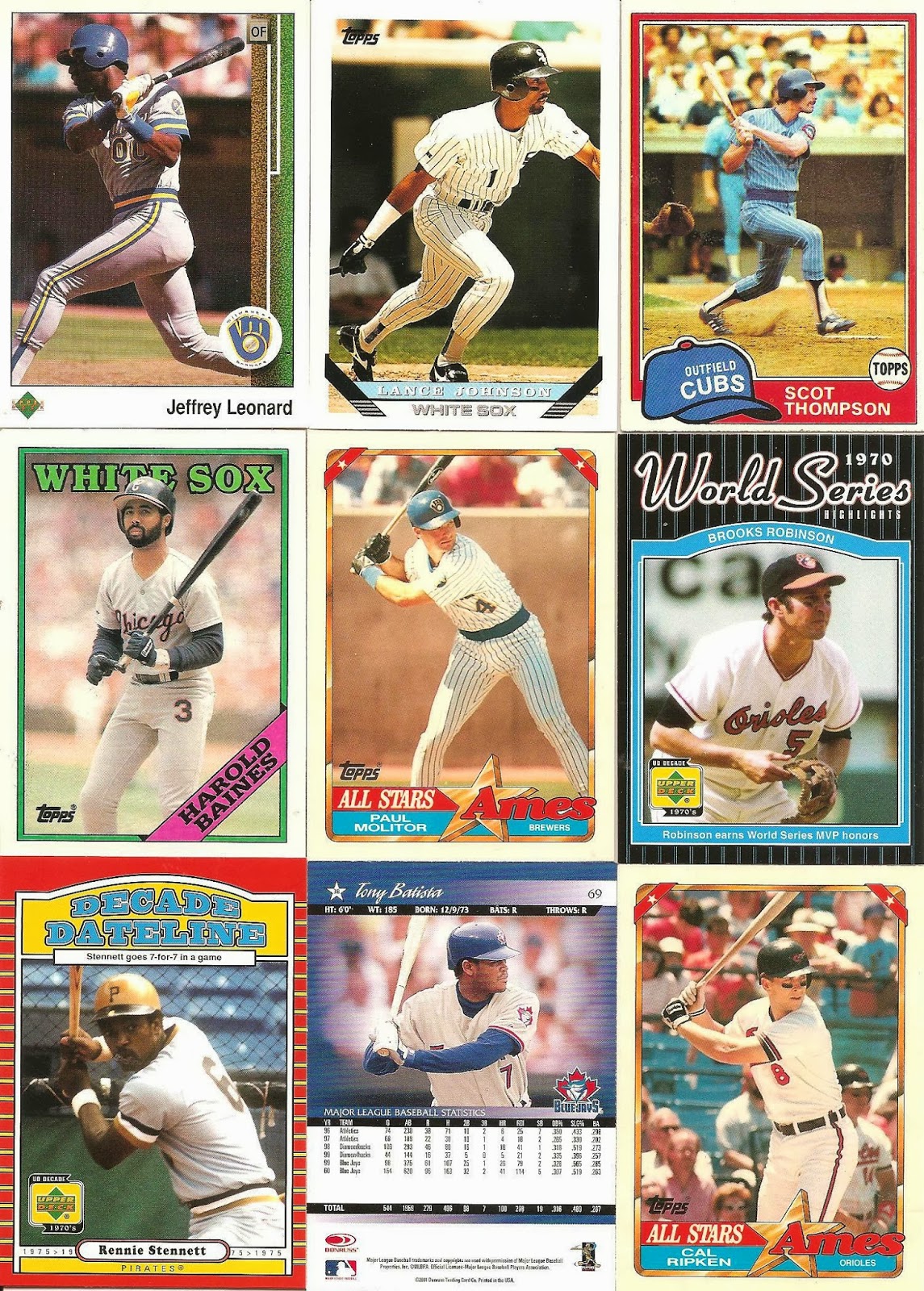 In time I will be swapping cards out, especially the #7 as it is a card back. Maybe a Braves Jeff Burroughs. Maybe put Ozzie in for #1. Pretty sure Brooks and Cal are holding their spots. Most of the cards you see here are Topps and Upper Deck as that is what was in box 1. 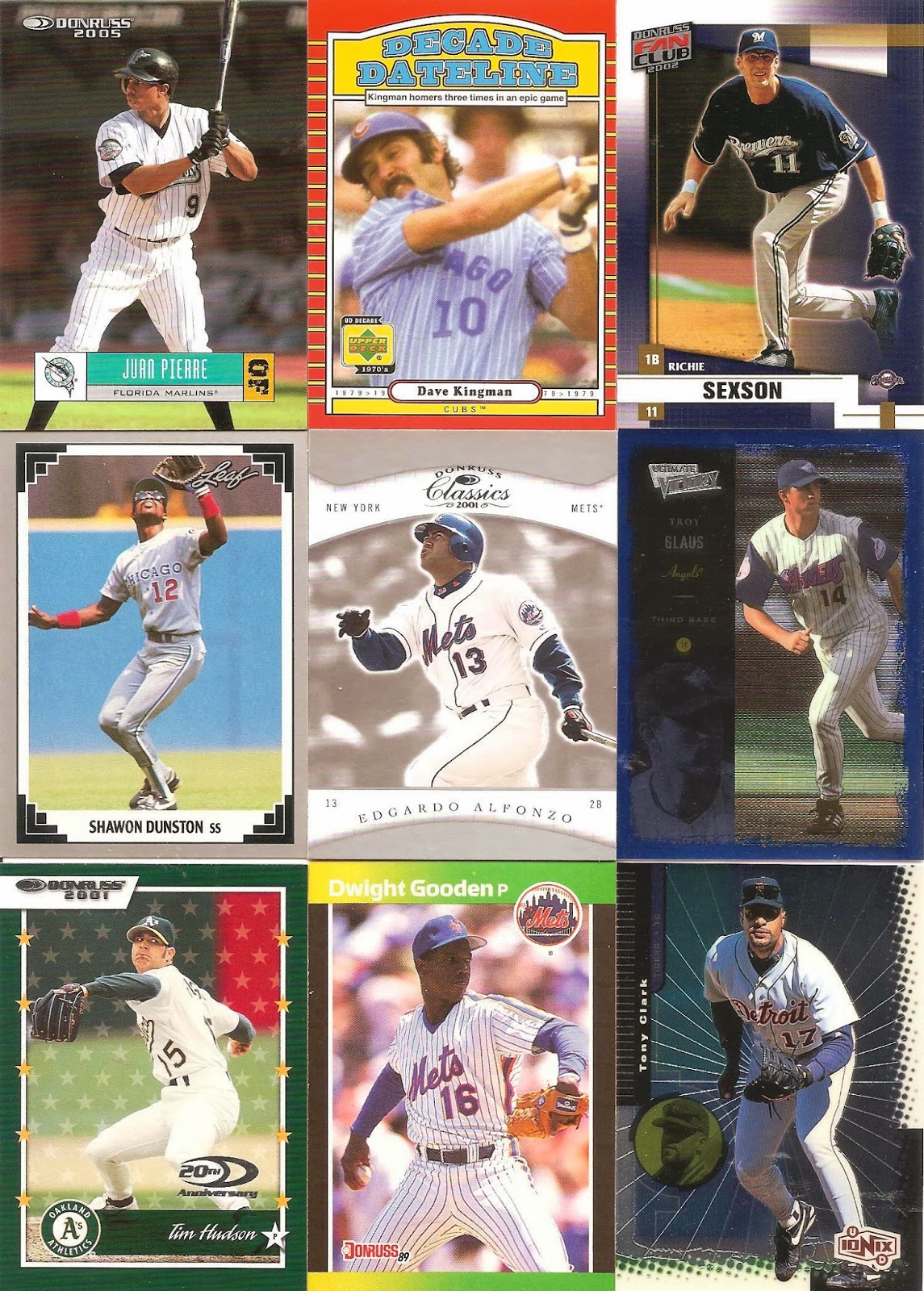 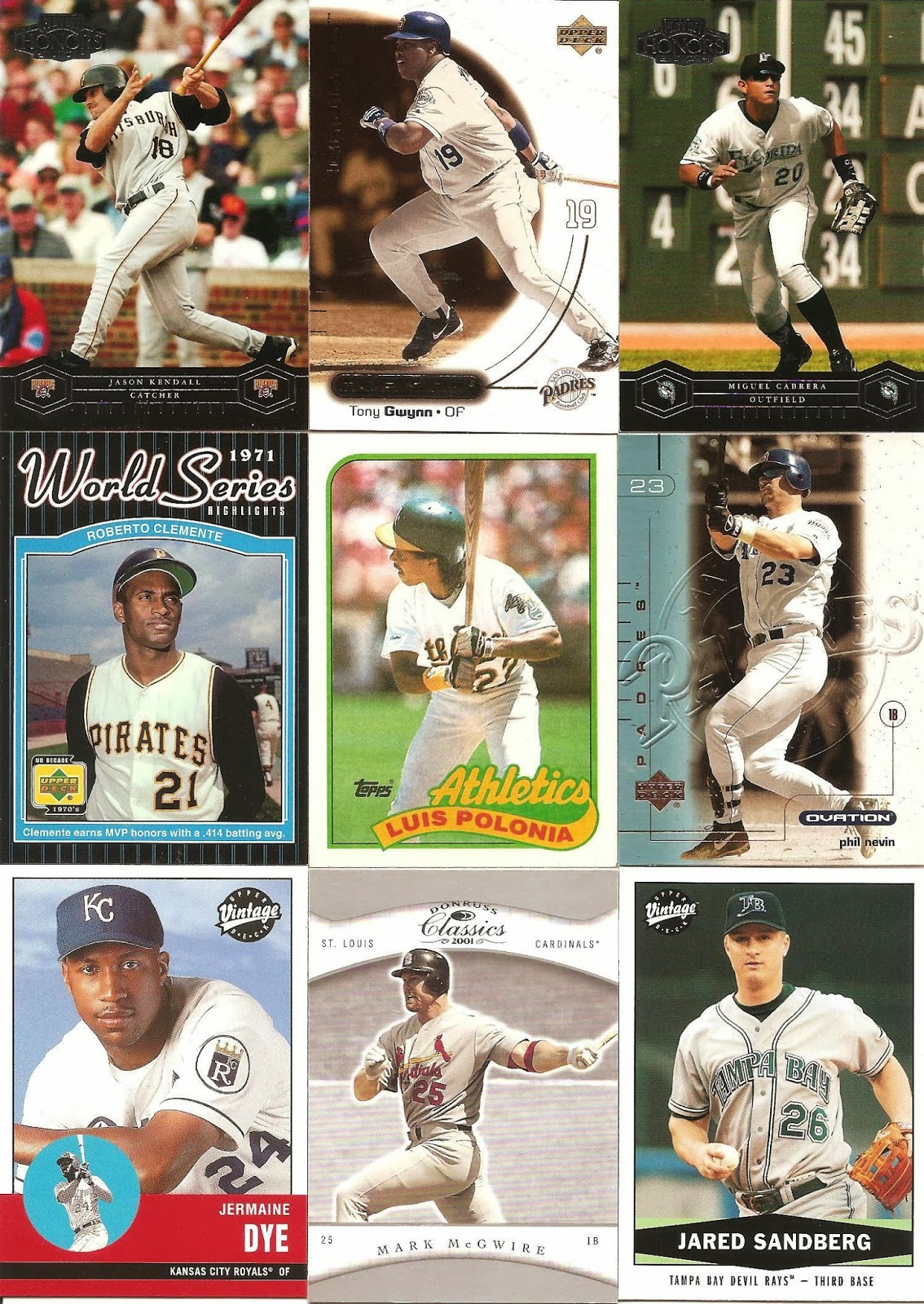 I know that I could have used a different #25, but what the heck. Gwynn and Clemente are locks. 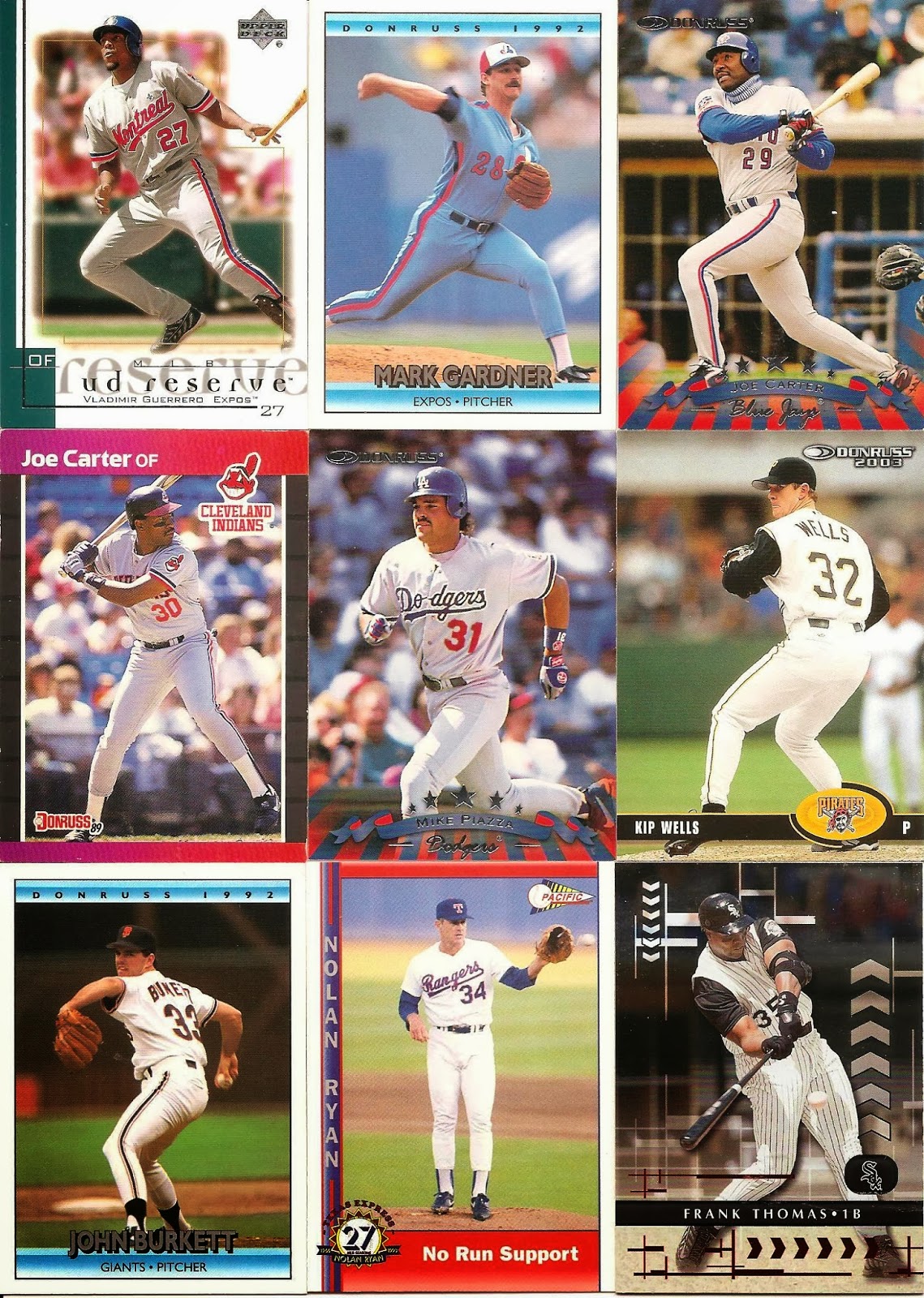 Vlad is locked, one of the Carters will be too. Frank and Nolan are locked and probably piazza as well ( I could put Maddux there). Overall a pretty solid lineup on page 4. 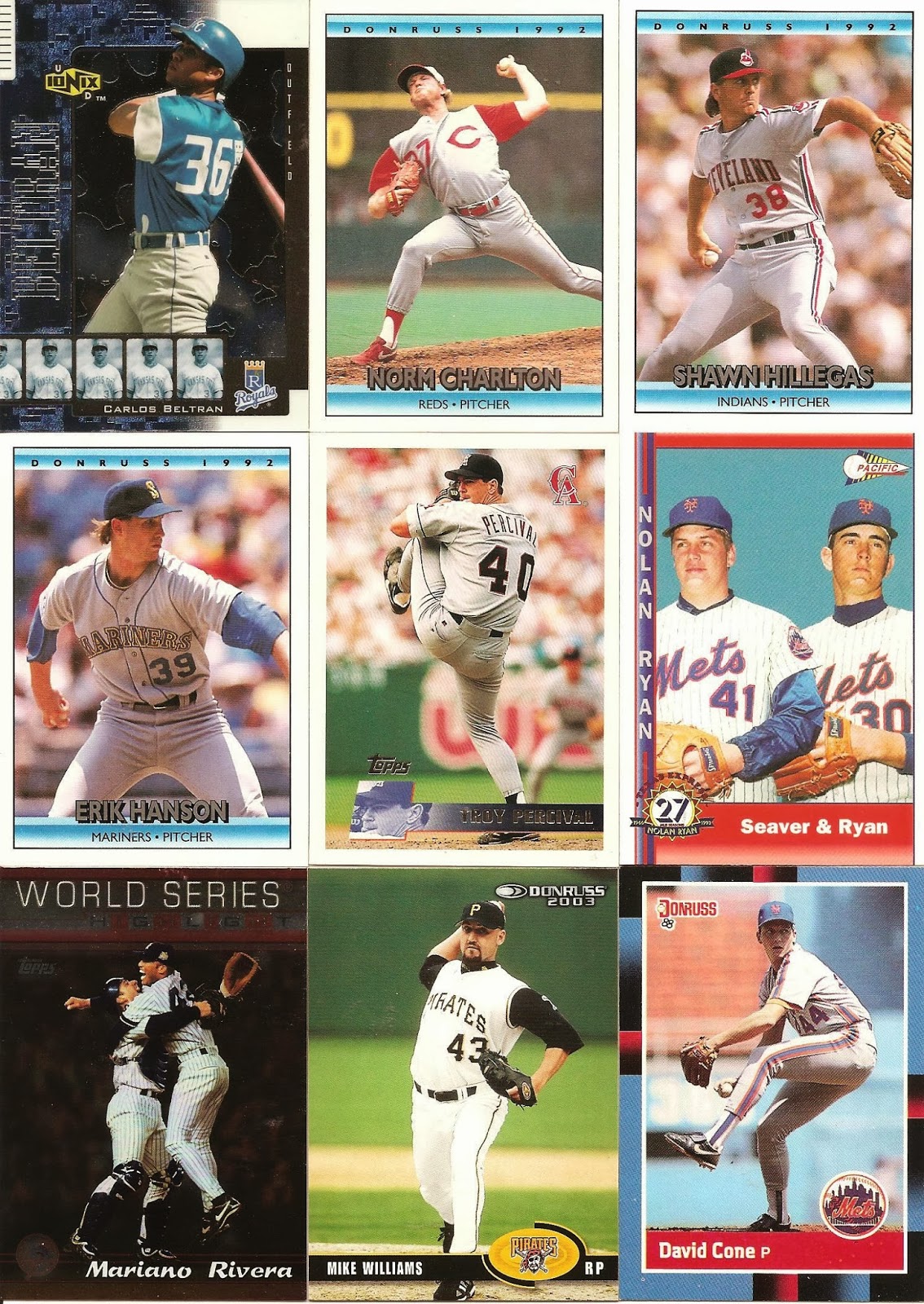 I couldn't resist the Seaver card (Nolan wearing #30 is just a bonus). Rivera could lose his slot to Jackie, but I doubt it. Cone could lose out to Hank, but that would take a double of the Hammer that isn't being used in one of my binders. 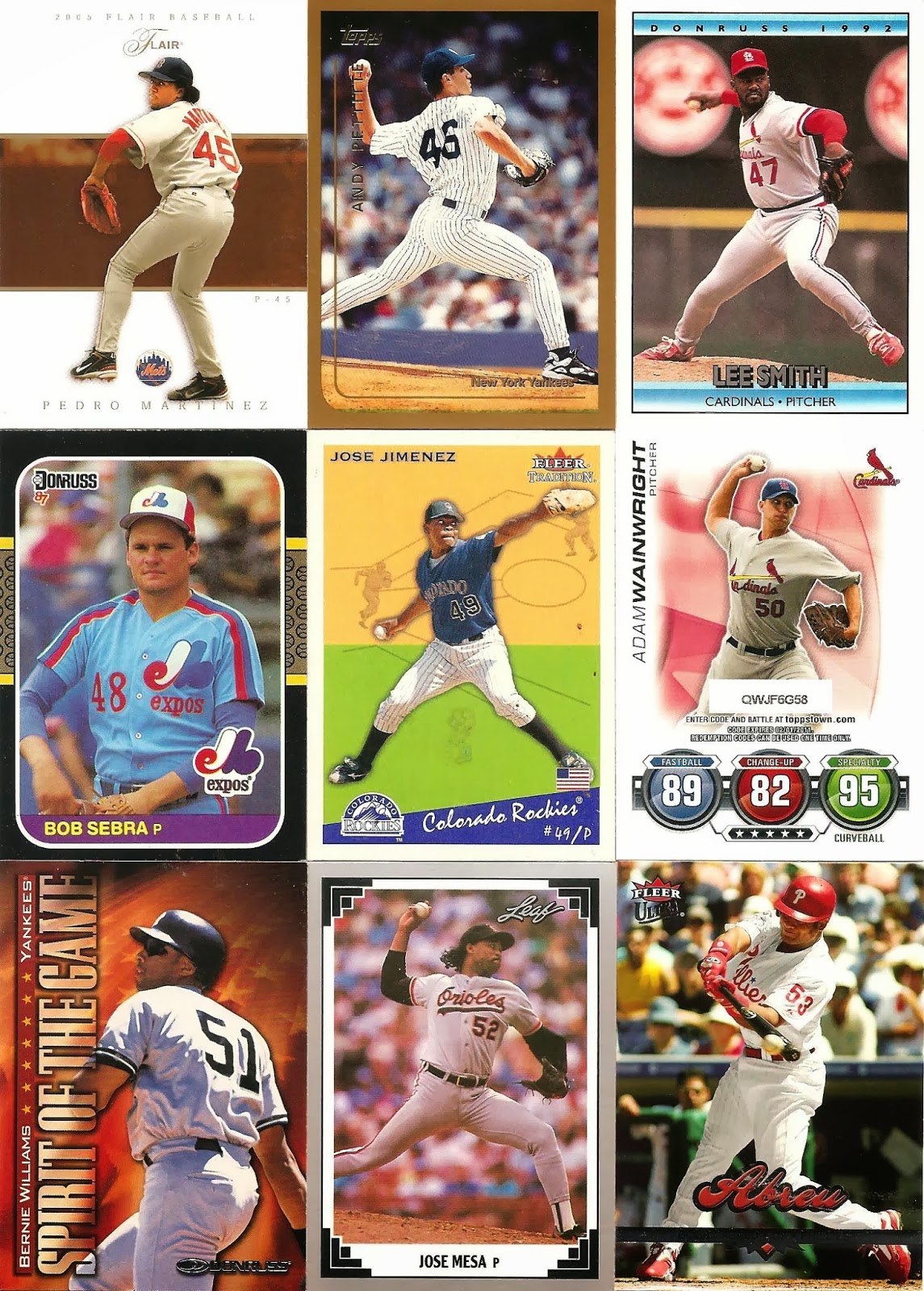 The cards (Jersey Numbers) are still rolling. How close are we? The top row looks solid. 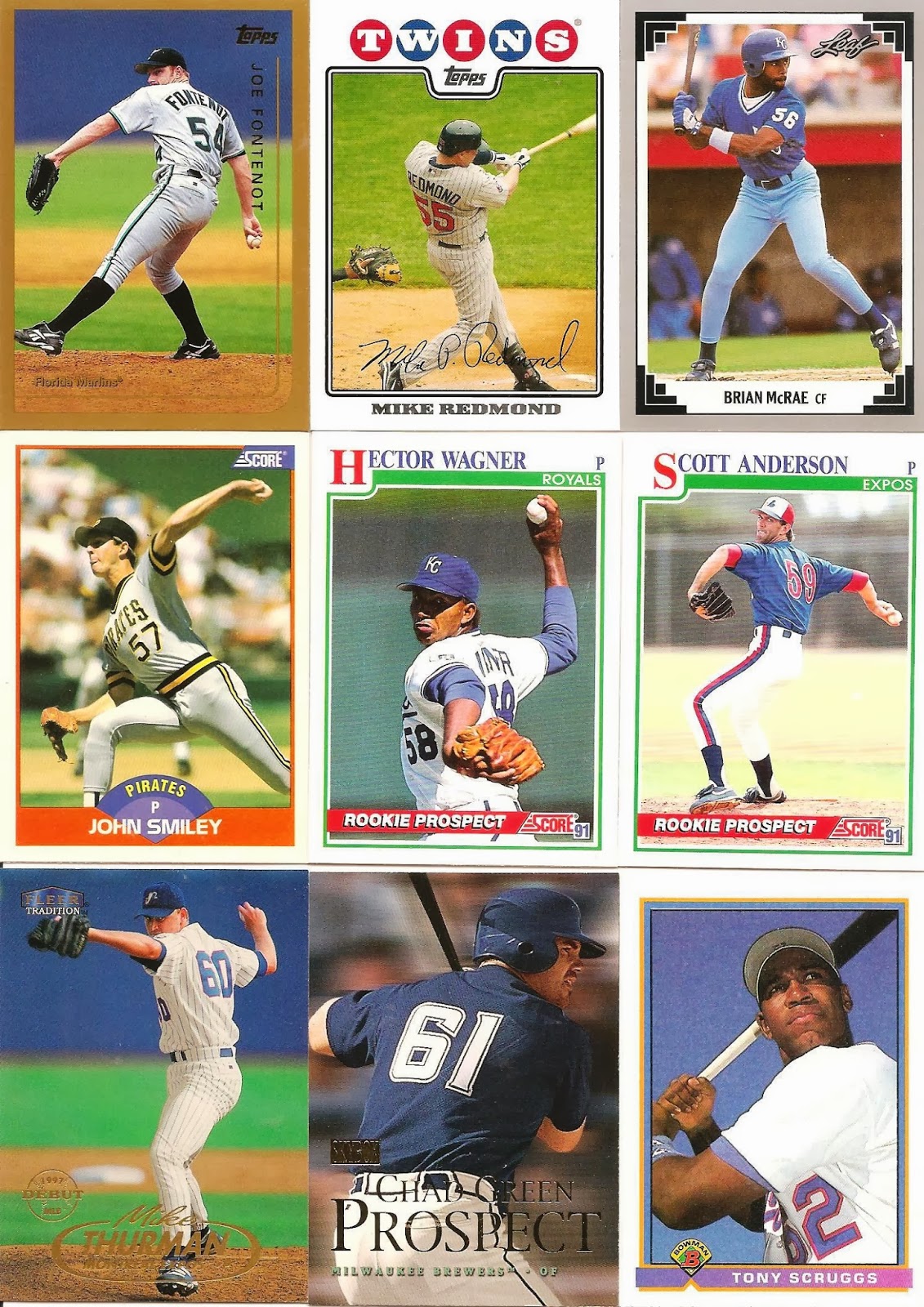 Take notice to the Thurman card (#60) above. It is from 1998 Fleer Tradition. You will see this card again. 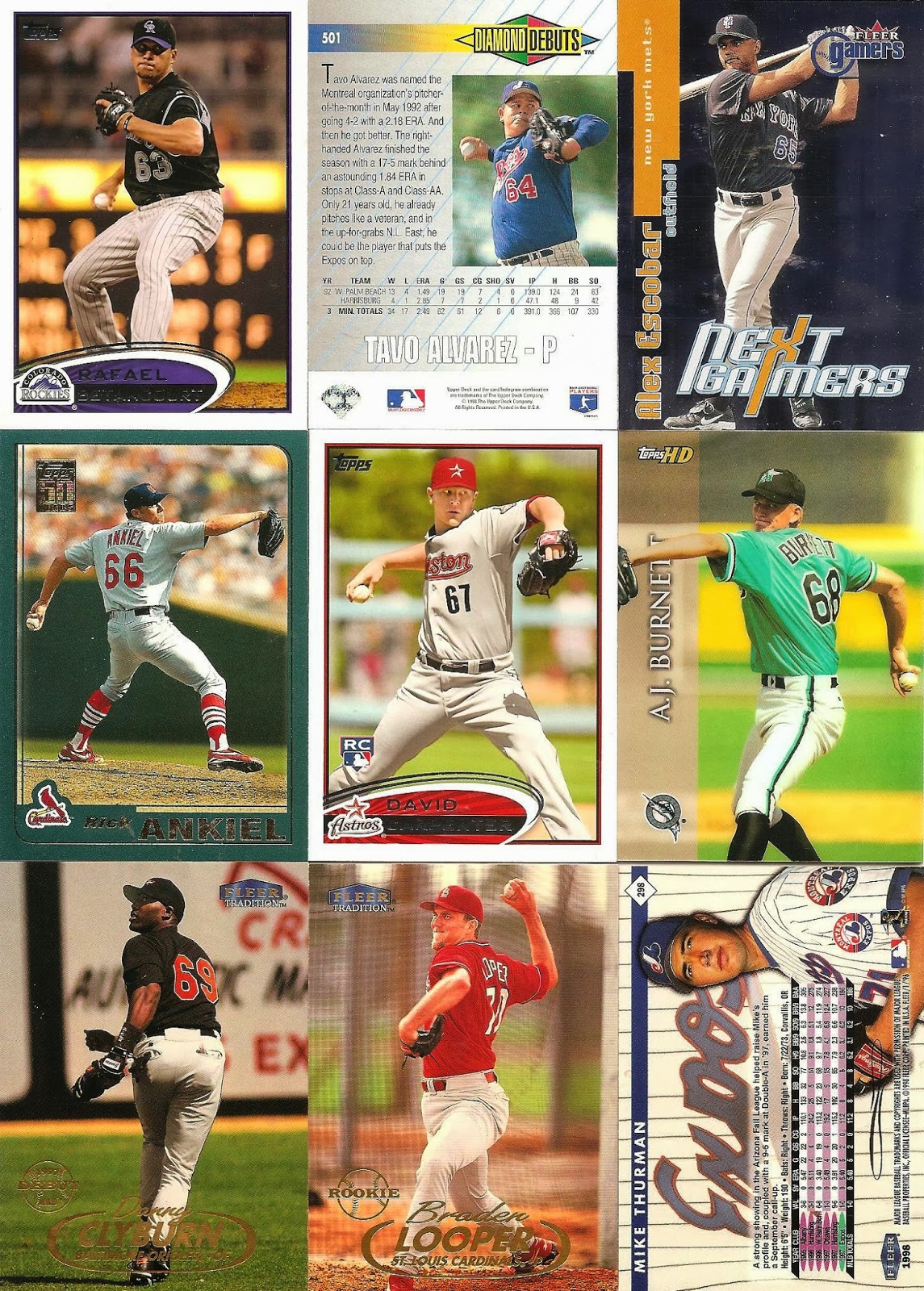 Look at the last card above. Mike Thurman 1998 Fleer Tradition, huh? the back of the card actually show Jersey Number 71. Good thing I have like 8 of this card. Below is the actual card front from th ecard is slot 71 (different from the card in slot 60). The card below the foil is basically missing. I must have busted a case of these and several cards are like that. 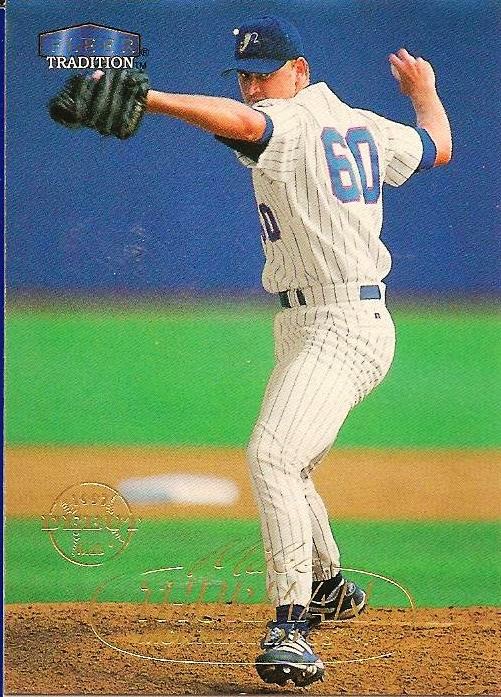 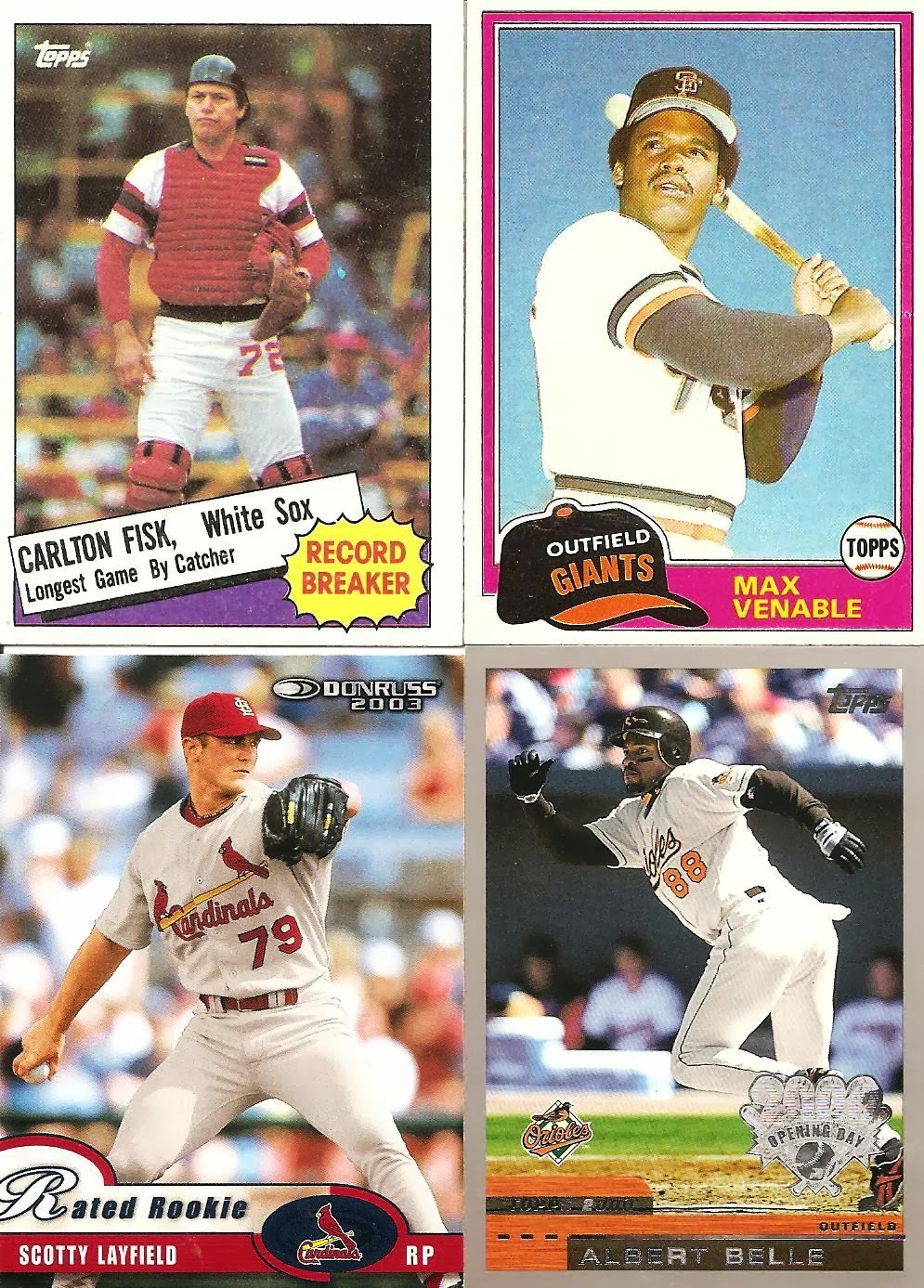 Mr Fisk does lock up his slot, but from here we are missing a 73. Have a 74, no 75-78, no 80-87, (Belle is locked) and no 89-98. I am sure with a little bit of research I could see if there are players with those numbers on cards, if so they are more than likely prospect like players who just happen to catch a card. 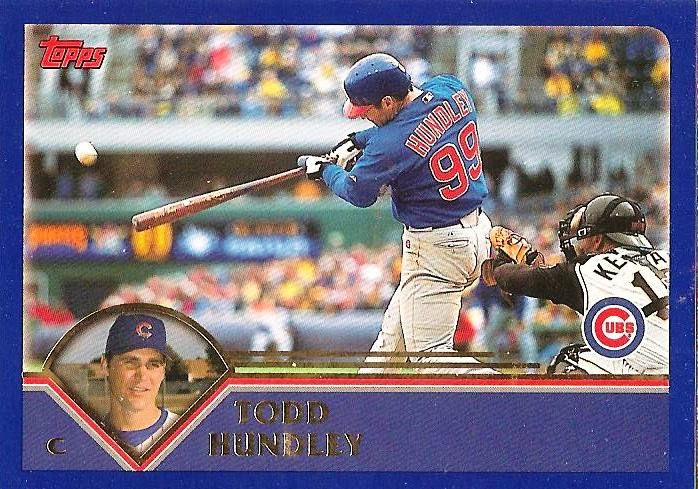 Mr Hundley probably will not lose his spot at 99 either. The last card.

Today was huge haul in trade packages so make sure you check Thursdays Trade post. LOTS OF GOOD STUFF!