Hi all, welcome to the very first "Shadow Shots" segment. I want to start out by explaining the collection itself. I do NOT actively seek the cards, but set them aside when opening packages from trades, purchases, etc.... The idea is to have as many different players as I can without seeking them out. I allow 3 spots for each player plus an extra slot called "other".   First requirement, the player having a shadow whether large or small, dark or light, speck or spot, just a shadow preferably of themselves. The slots are "position" which simply means they are shown playing their positions, 2nd slot is for "batting" (or on deck) with the bat usually visible whether in hand or not, the third slot is "bases", the player running the bases (not taking off from home plate). The 4th slot is there due to the fact that a lot of cards are "posed" and just don't fit the 3 mentioned slots.

Predominantly Pitchers have the most Shadow shots for obvious reasons, and such usually have the best shadow shots. I treat them a little different than the position players, as I allow them 4 shots from the mound, but gladly replace those when a card falls into the other categories, but first they must be a double if they are bunting, batting, running bases as that is another "mini' ALL BY ITSELF. One shared by other bloggers as well.  I've seen some super sweet shadows, perfect silhouettes from other bloggers, and those would definitely fit in here, but I look at the oddness of the shadow, the shape, can I see something else? It doesn't happen a lot and I won't be showing all of my shadow shots to you. I will pick some out each Saturday, typically in alphabetical order As, Bs, Cs, Ds, get it. But to start off I will show 3 that I like a lot.

I see a Tele-Tubby their with Nomo,  Maddux: a Pokemon, and Scanlan a Dragon head

Well, let's get rolling with A's: 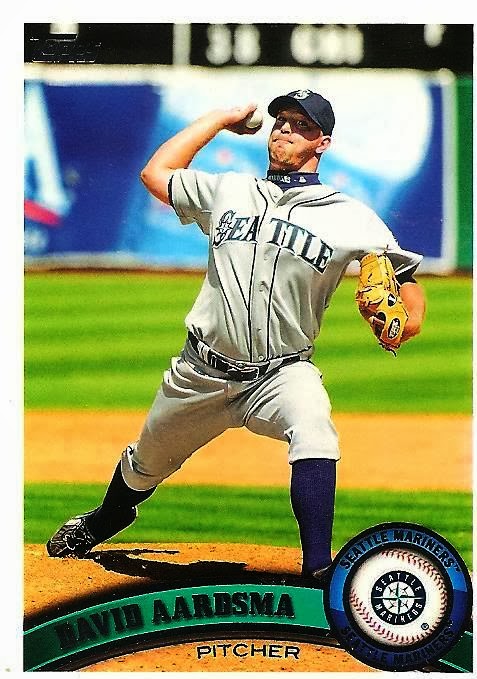 Nothing special with Aardsma other than this is the actual first card in the collection. 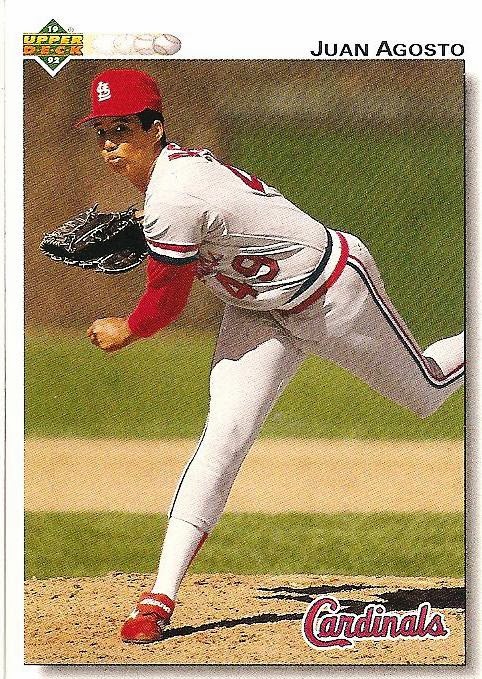 Just a weird shape on the above Agosto, but look below: A turn arrow like the ones on the road

That came from the Agosto card below. 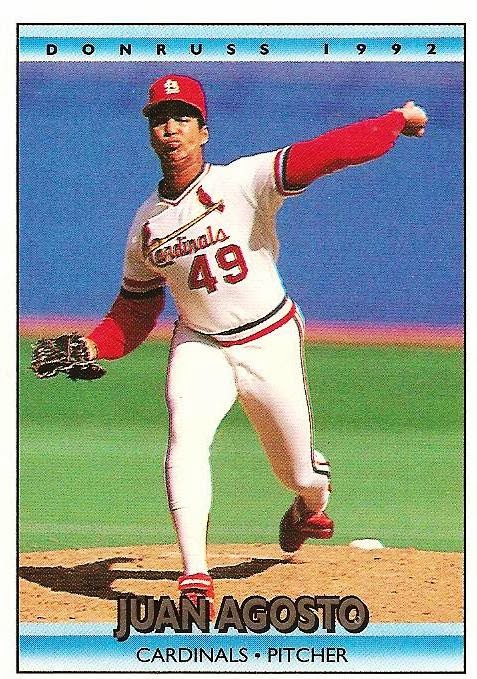 Nothing happening with the Alomar shadow, but just a great card! 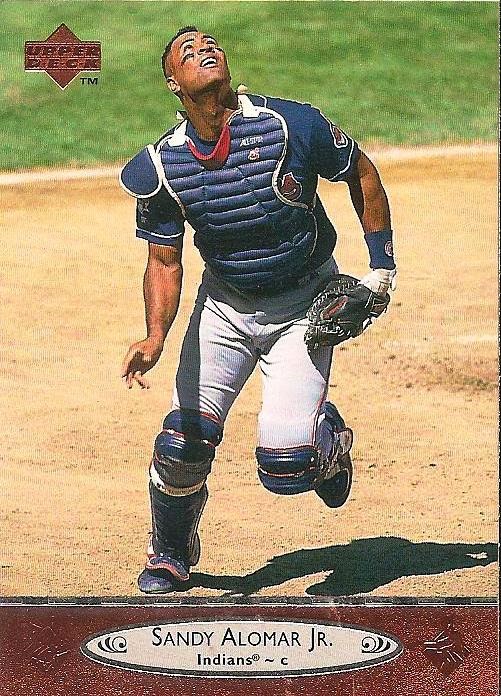 Look a half of a star, or at least I believe that's what it would like if it went over the mound. My warped mind. 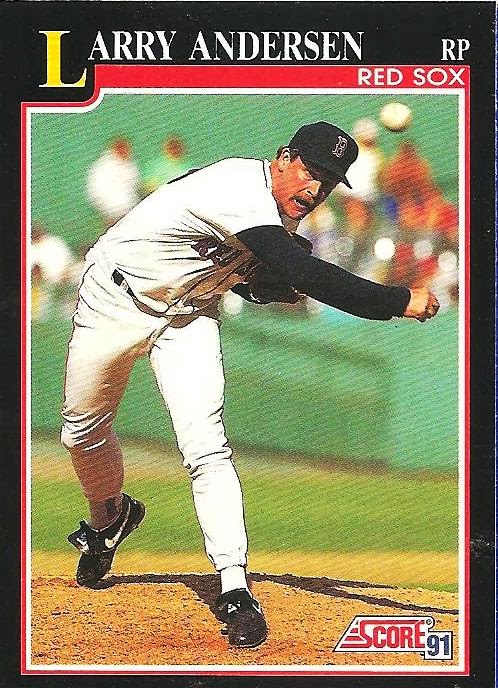 Can you the Superman "S" 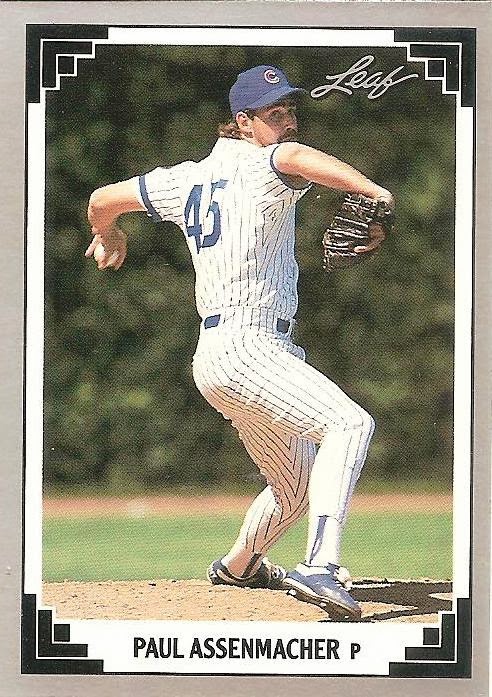 Below we have 2 Ankiel's One pitching, and one playing the outfield. 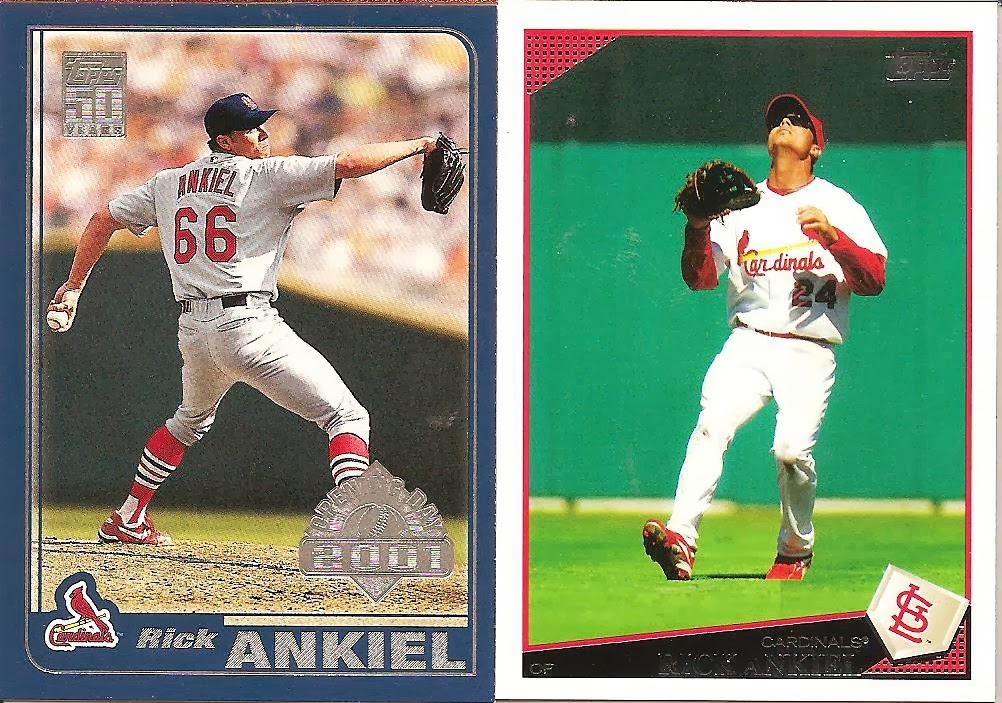 I know the shadow's aren't much on either card, but they are there, LOL. Notice both jersey numbers. 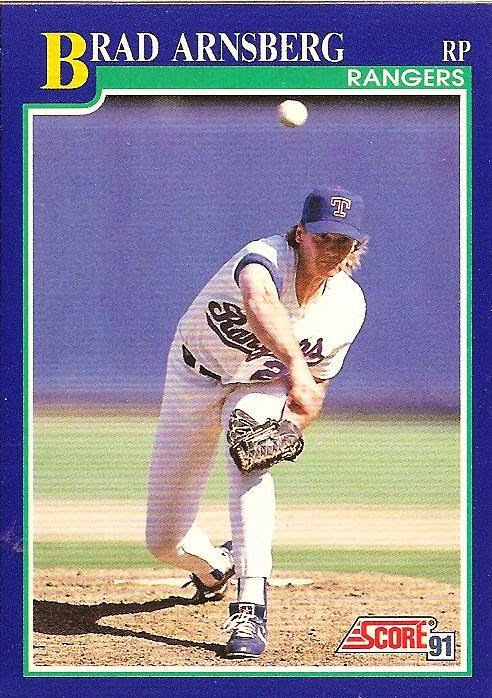 I see a peace sign, do you? Take a closer look 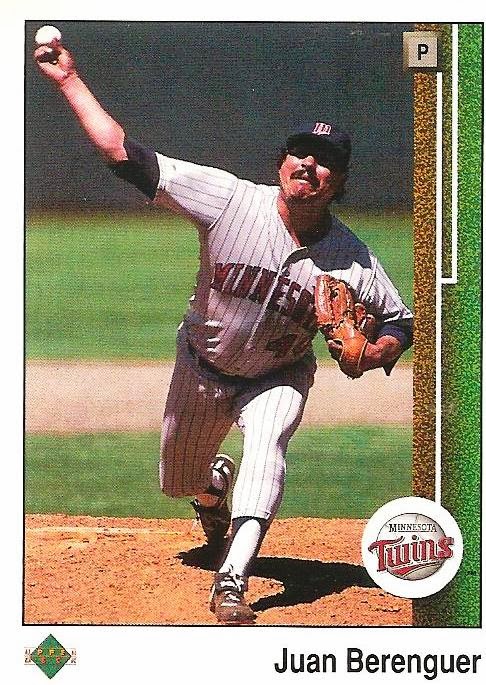 I see a hand extended out for a handshake. I flipped it below.

there isn't anything special about the Blauser you see below, other than its a BRAVE! But, let's look at the backside of the card. 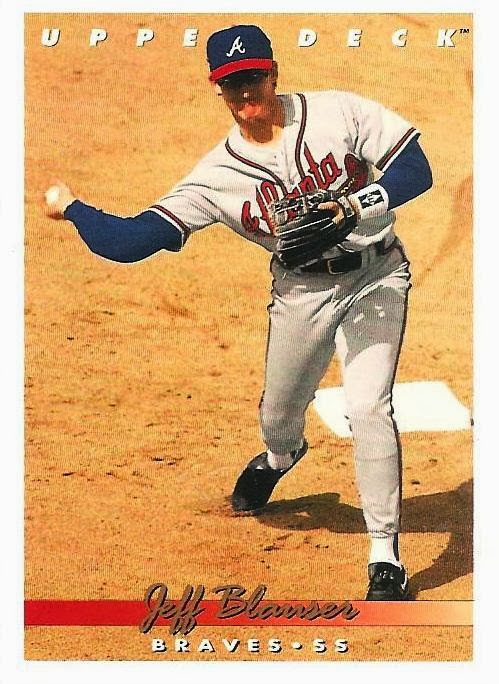 Ah, a broken bat, makes the card interesting enough for this collection and yes broken bats are another mini, again just needs to be a double to make it here with the shadow of course. Who doesn't have extras of 1993 Upper Deck. 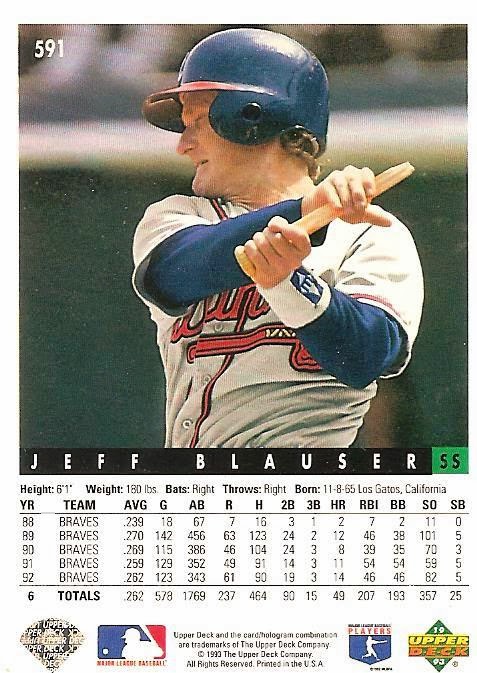 That's enough for tonight, I promise there are plenty of interesting shadows (or other factors) that will pop up as we go through. One thing that I will say is that the 1989 Upper Deck has absolutely the most Shadow cards, with 1989 Score a close second.
Posted by Johnnys Trading Spot at 11:14 PM