Trades in this week

Well two packages this week thus far (Monday-Wednesday), The PWE is from Listia, and a huge I mean huge "tis the season" bubble mailer from JediJeff.

DO NOT FORGET TO COMMENT ON WEDNESDAY'S POST FOR THE EVERYBODY WINS CONTEST. JUST CLAIM A TEAM THAT HASNT BEEN CLAIMED. 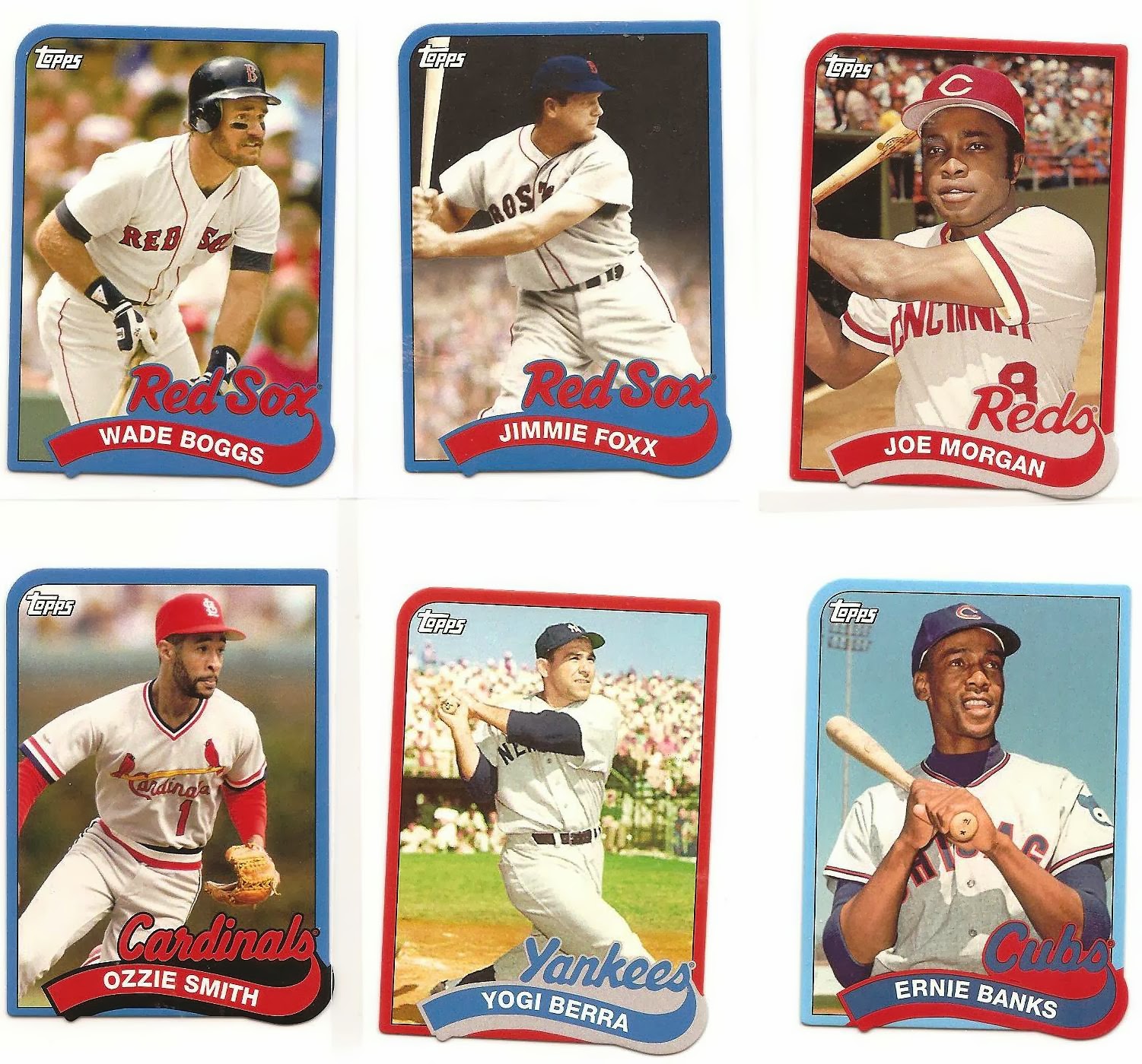 The above minis came from Listia and are all spoken for already.

The following and for the rest of this post are from JediJeff (home of the PWE) but as you will see these definitely didn't come in an envelope. 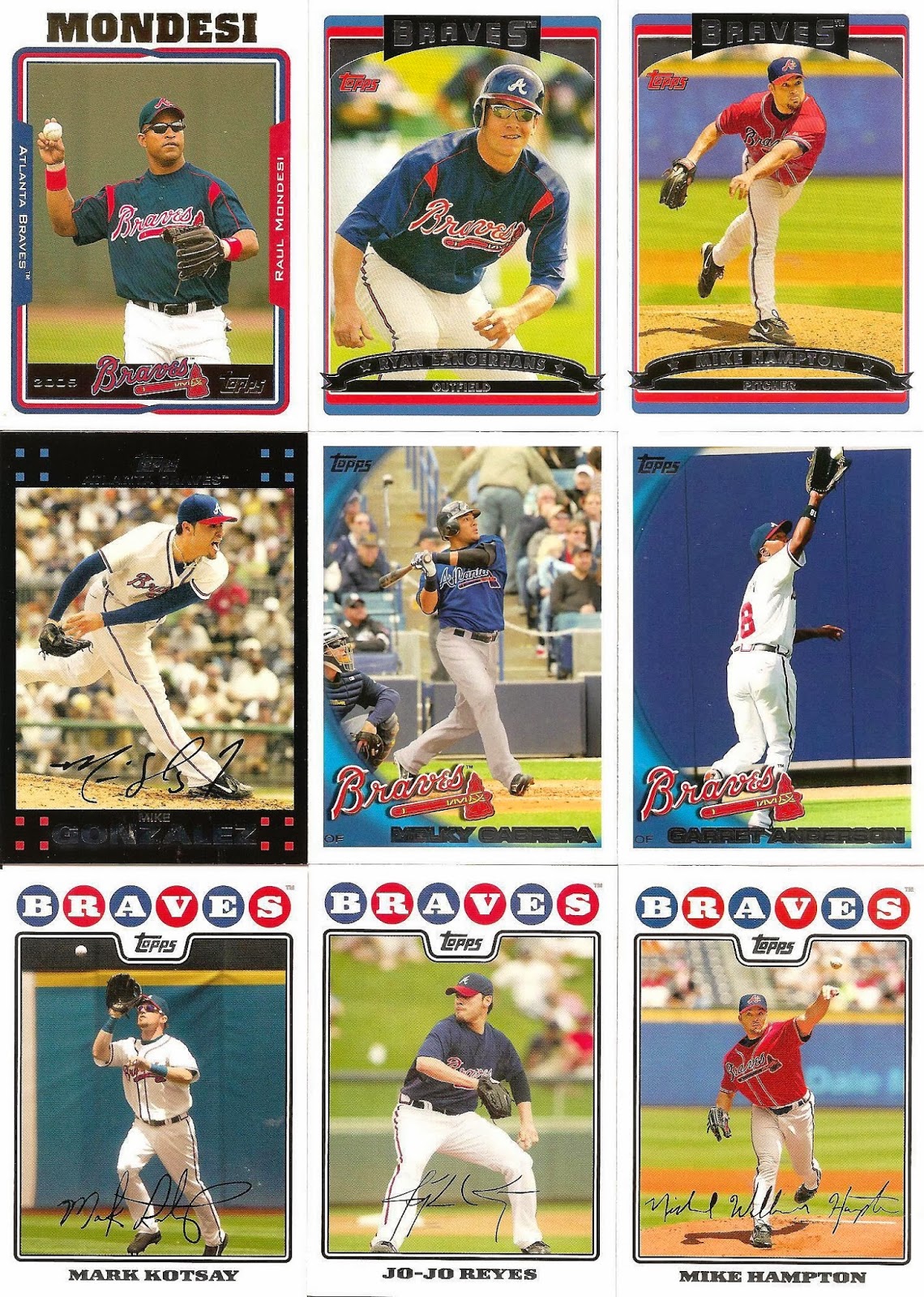 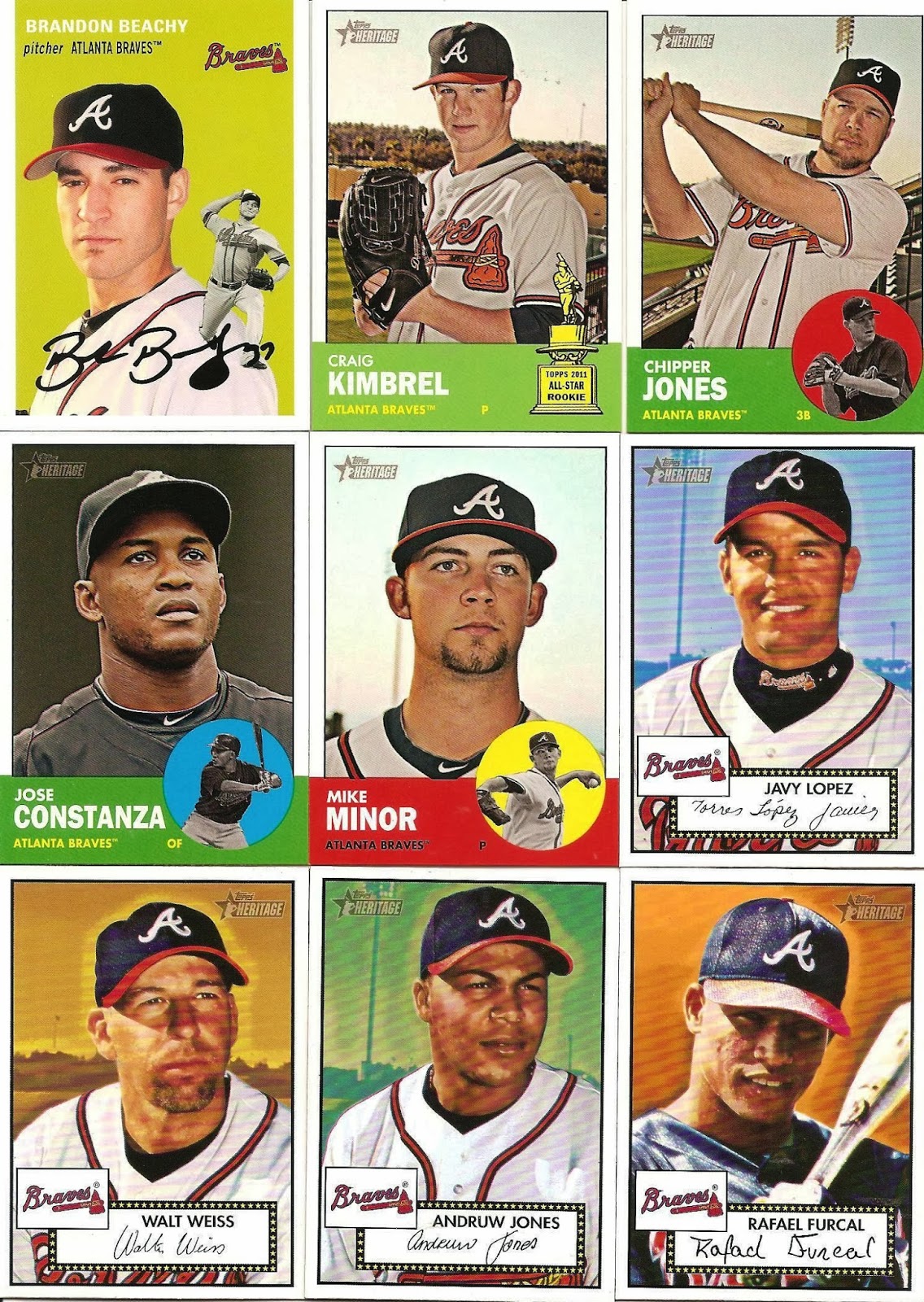 An Archives and some heritage goodness. 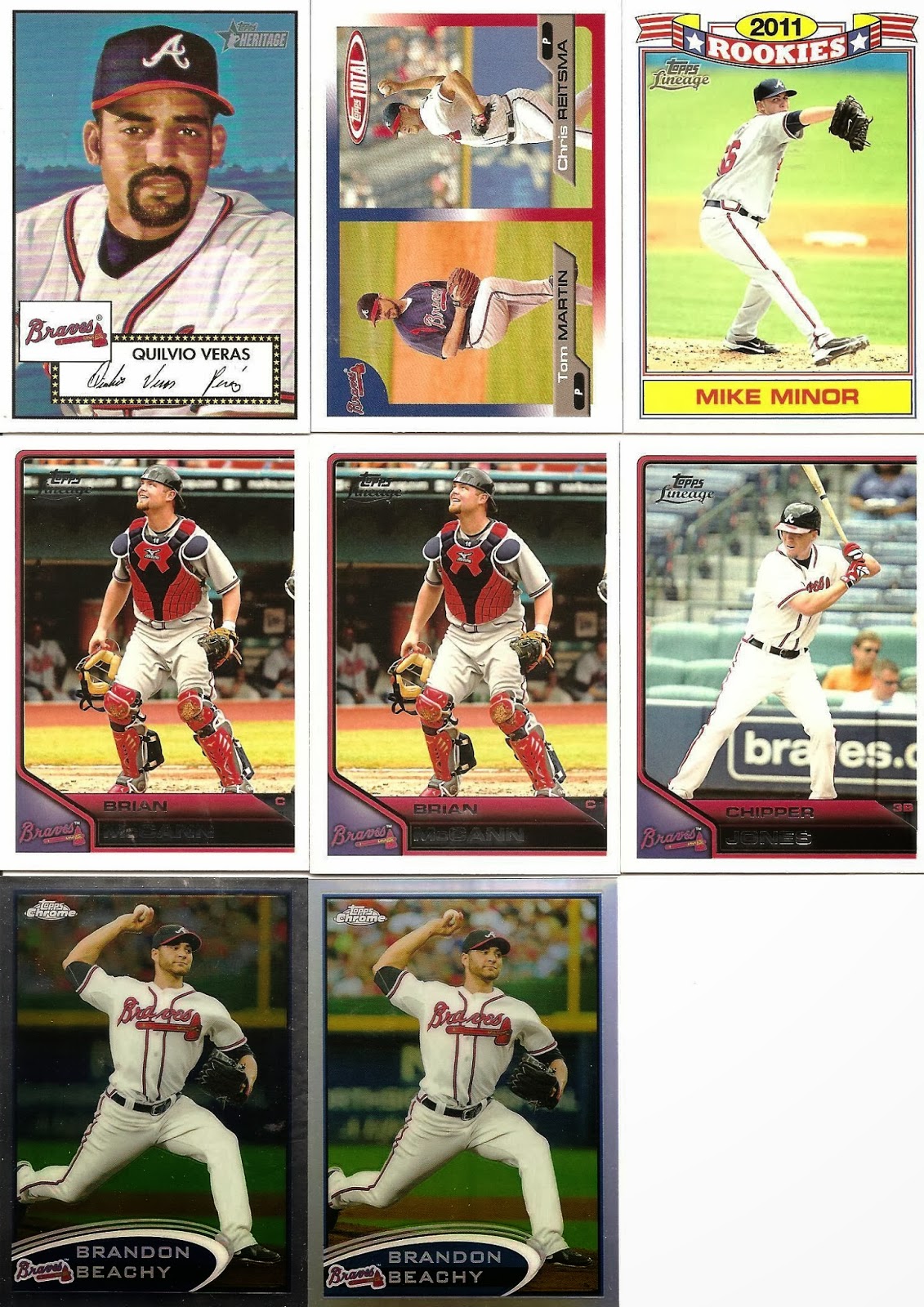 Misc. Topps including that Chrome refractor of Beachy. 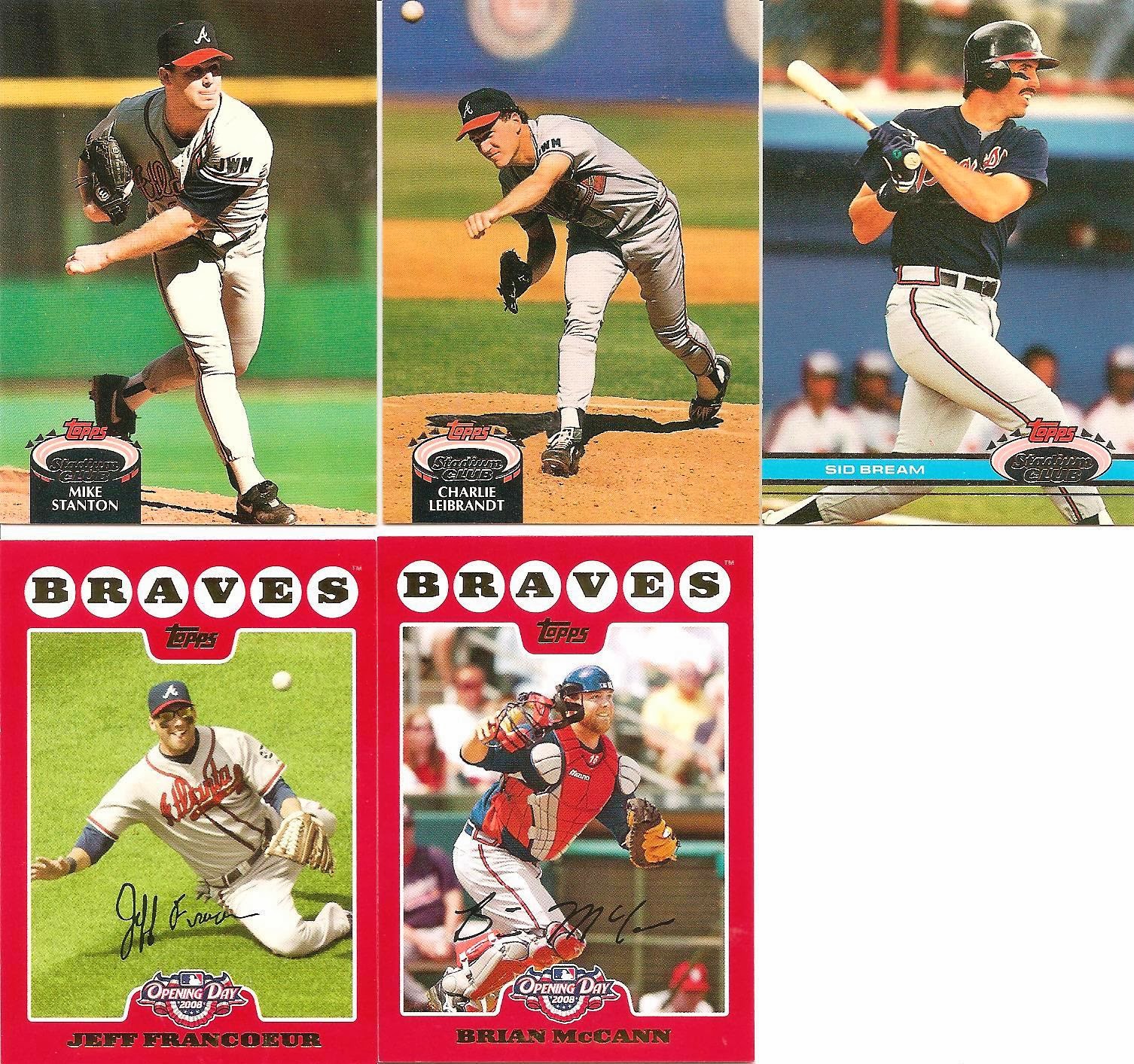 Some Stadium Club and Opening Day. This would be a great package if Jeff stopped there, but no sir. 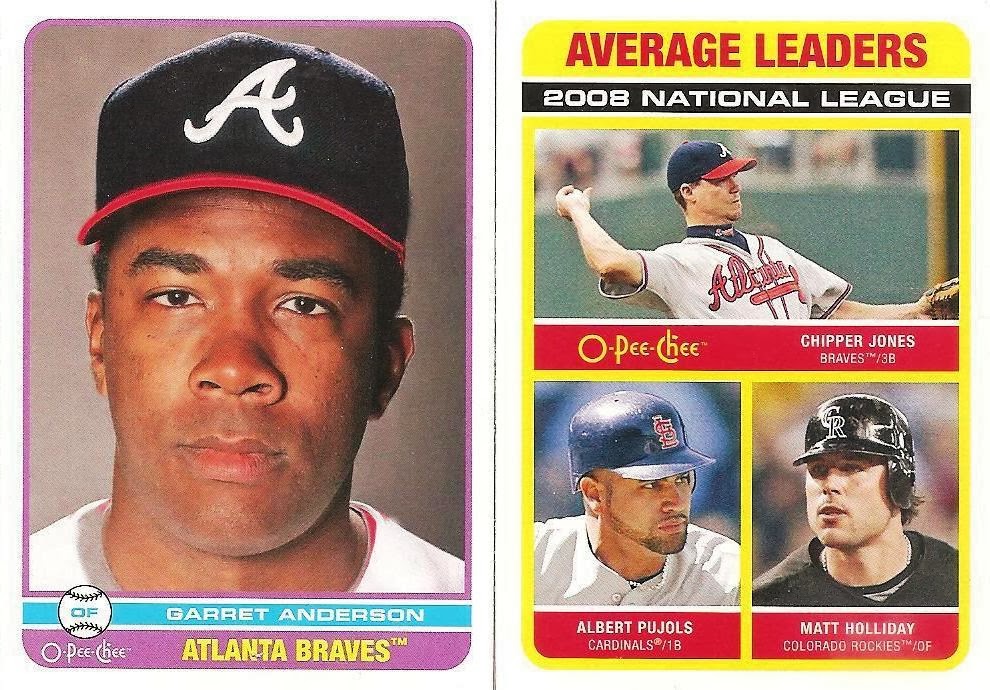 Some OPC, and a teaser of the Upper Deck to come. 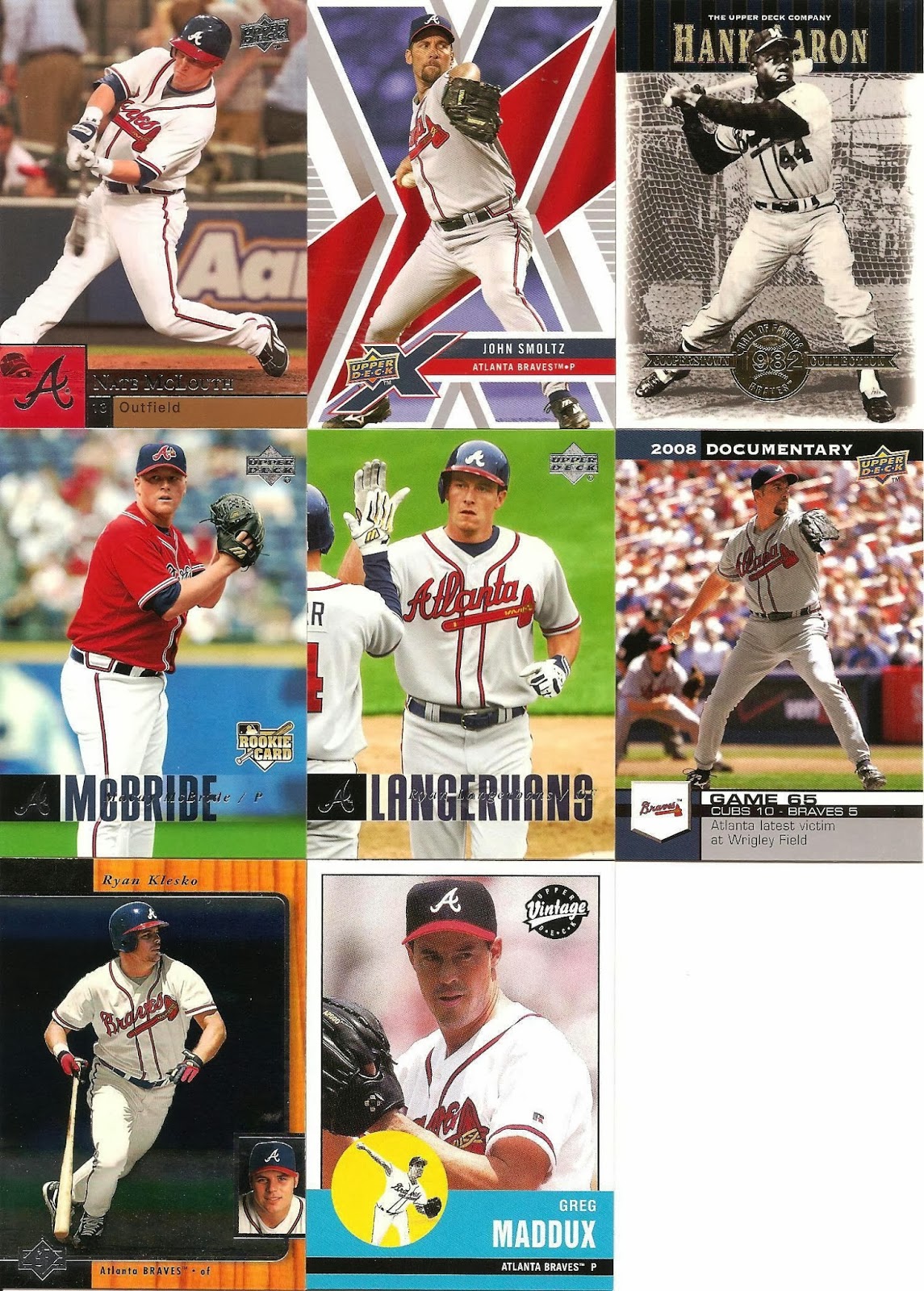 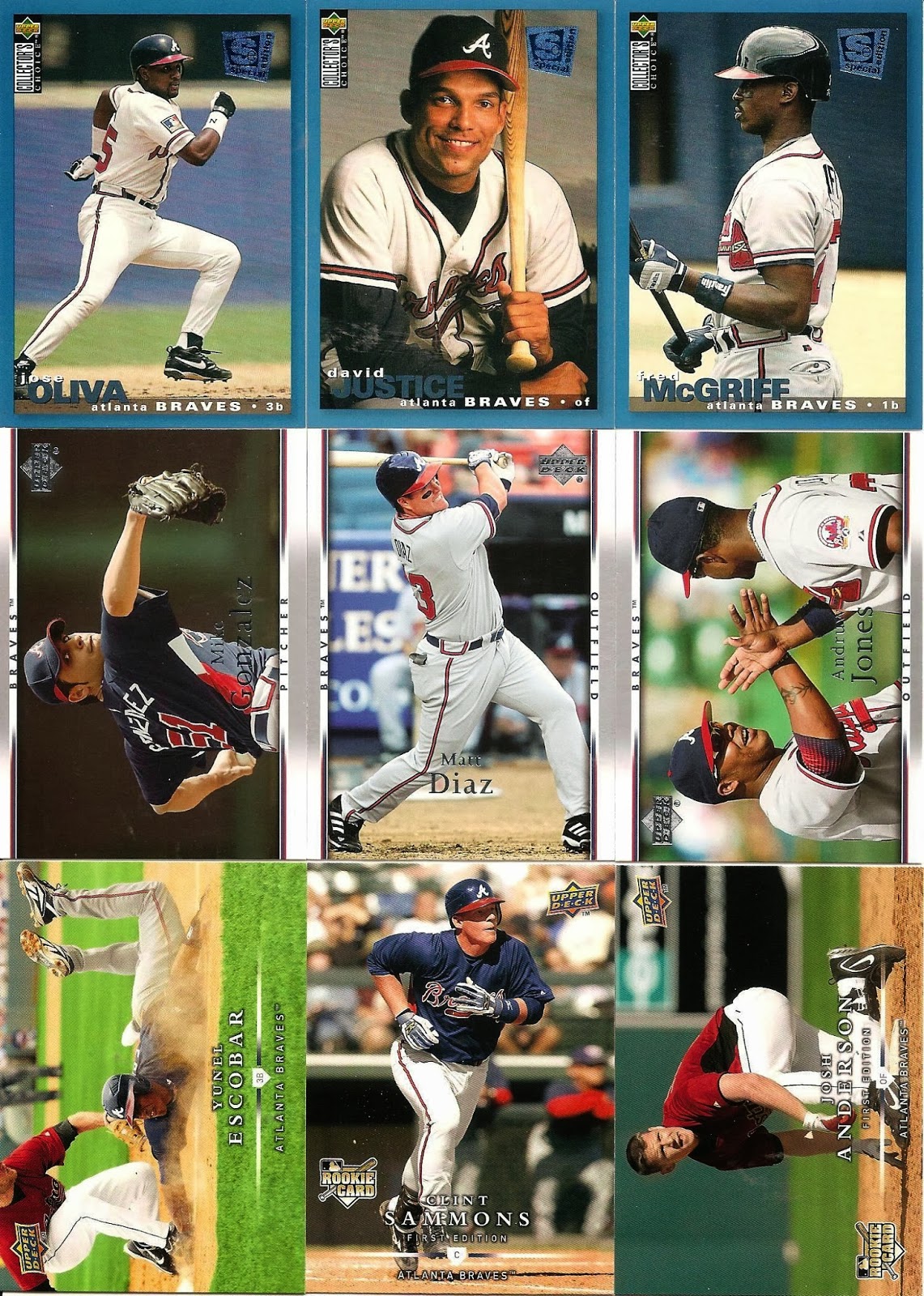 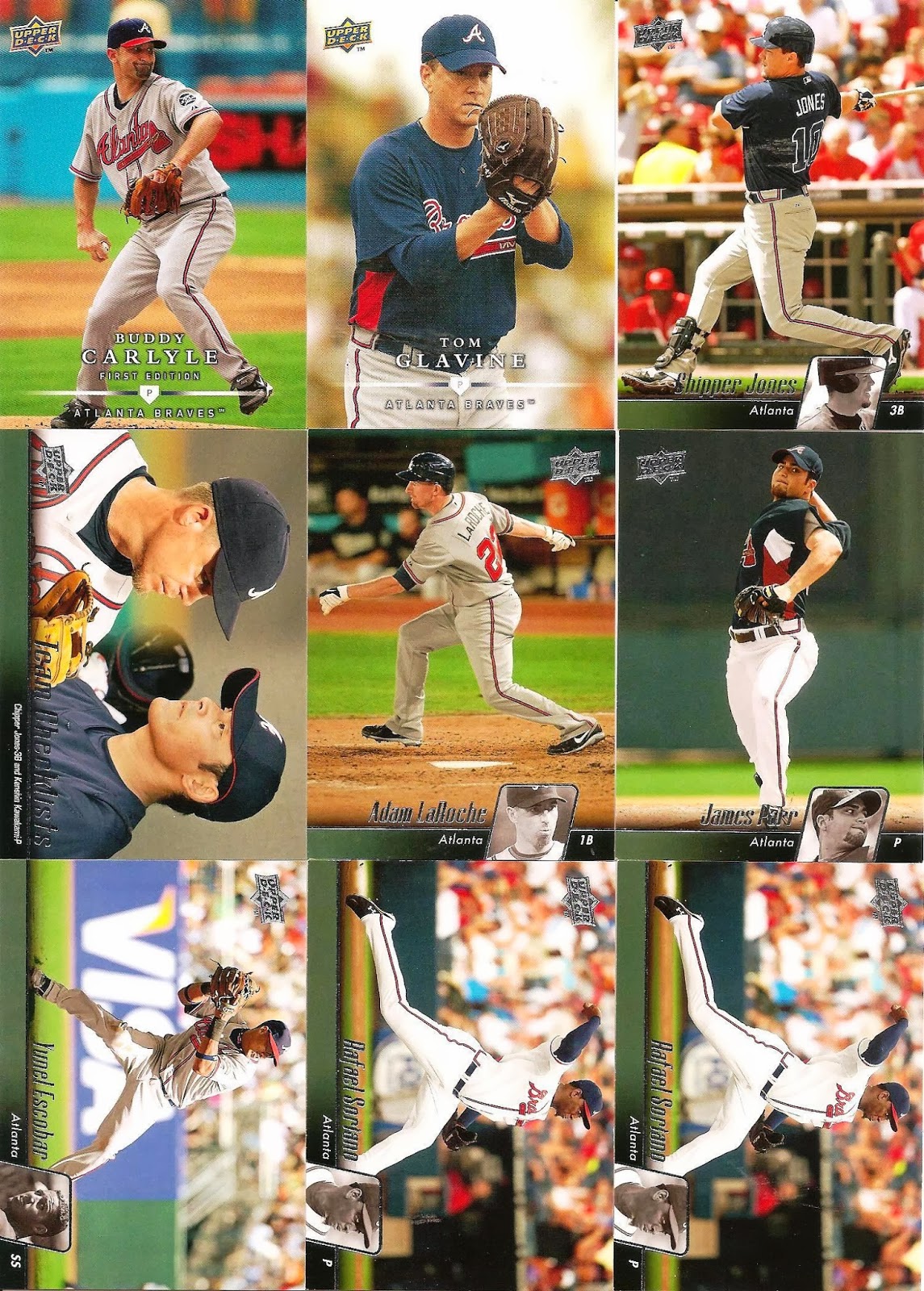 See I told you, but wait if you scroll more right now you can see more of what Jeff sent. 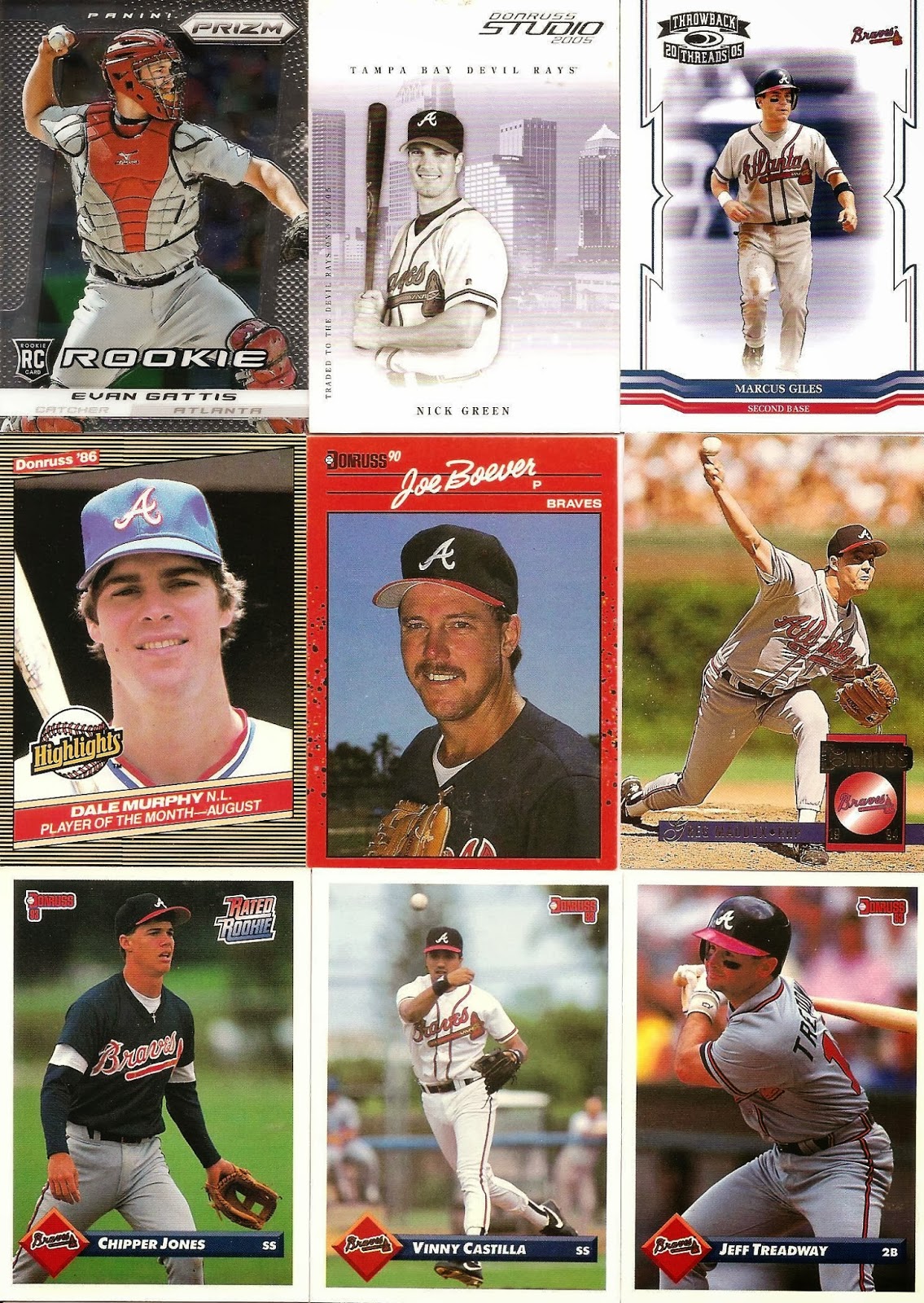 Wouldn't want to skip out on Donruss. Love that Murphy Highlights. 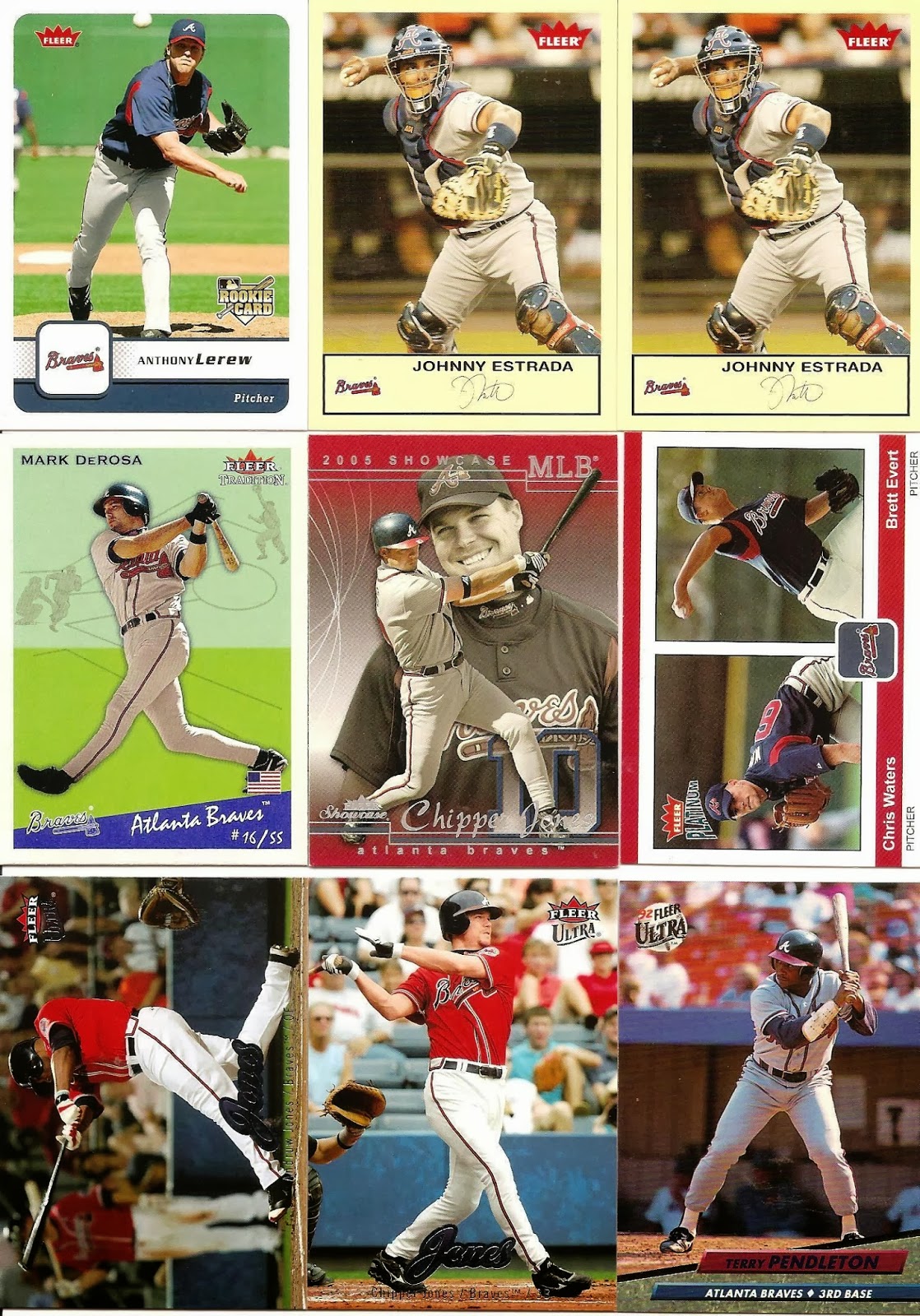 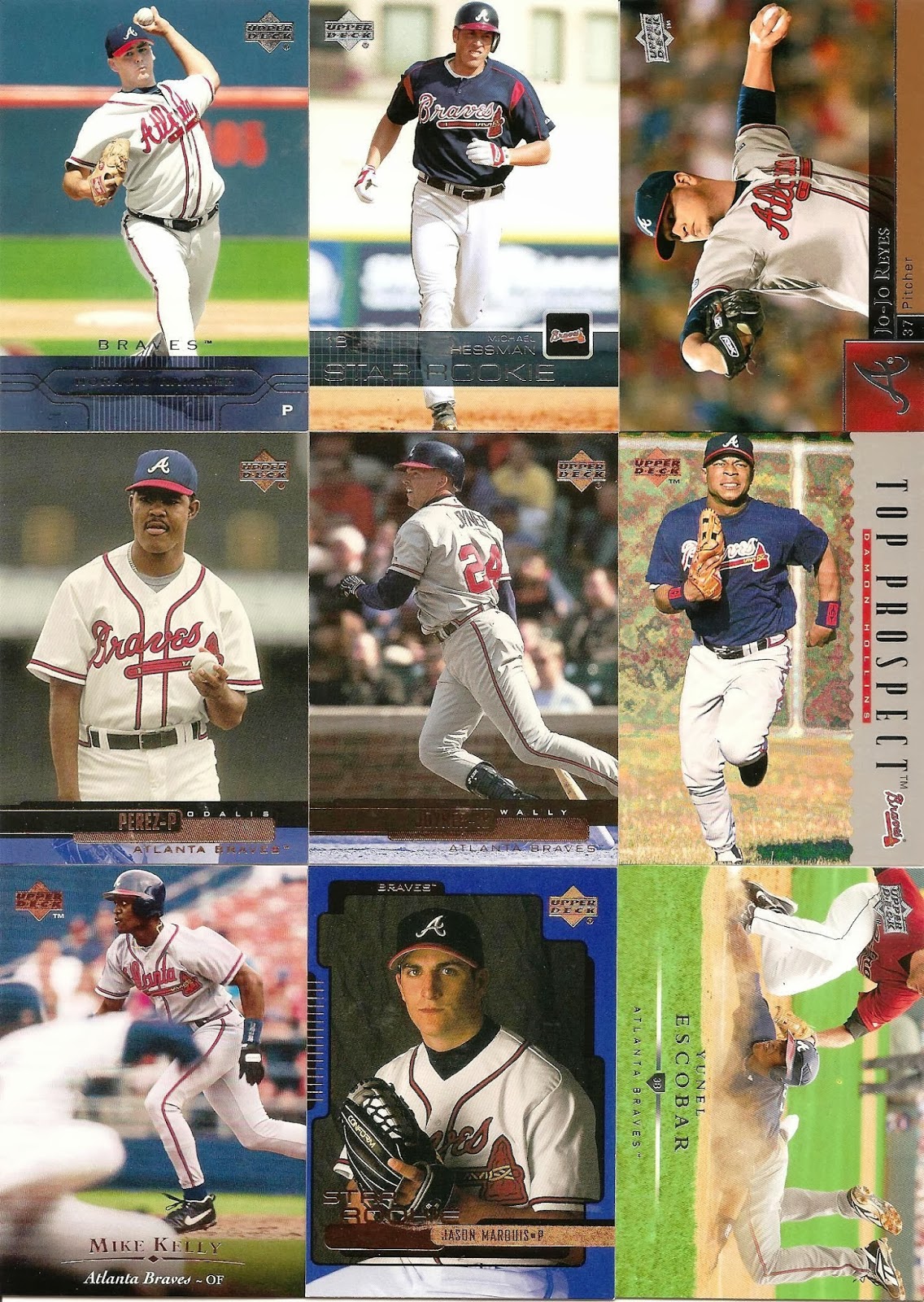 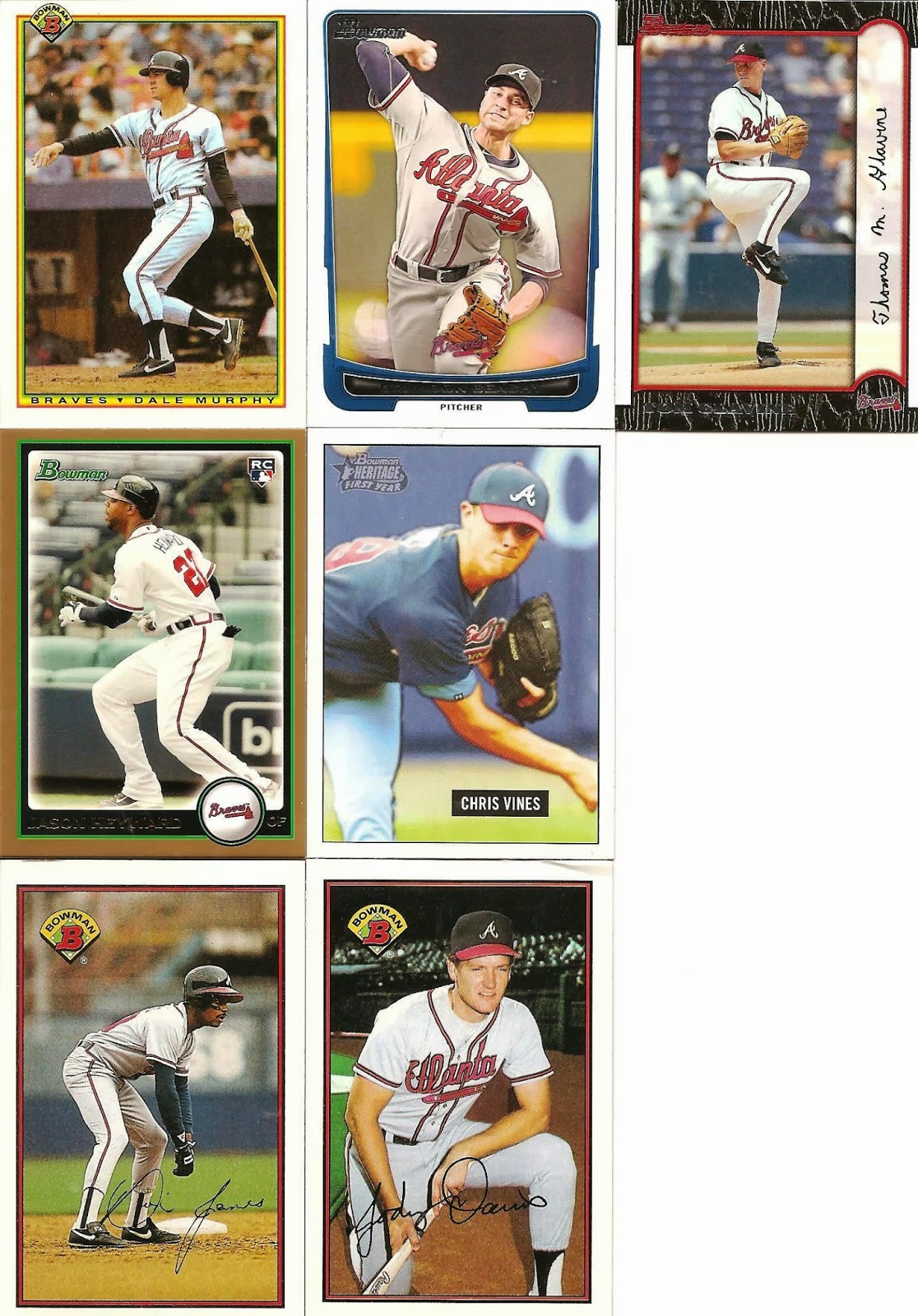 Jeff didn't forget about the Bowman either. 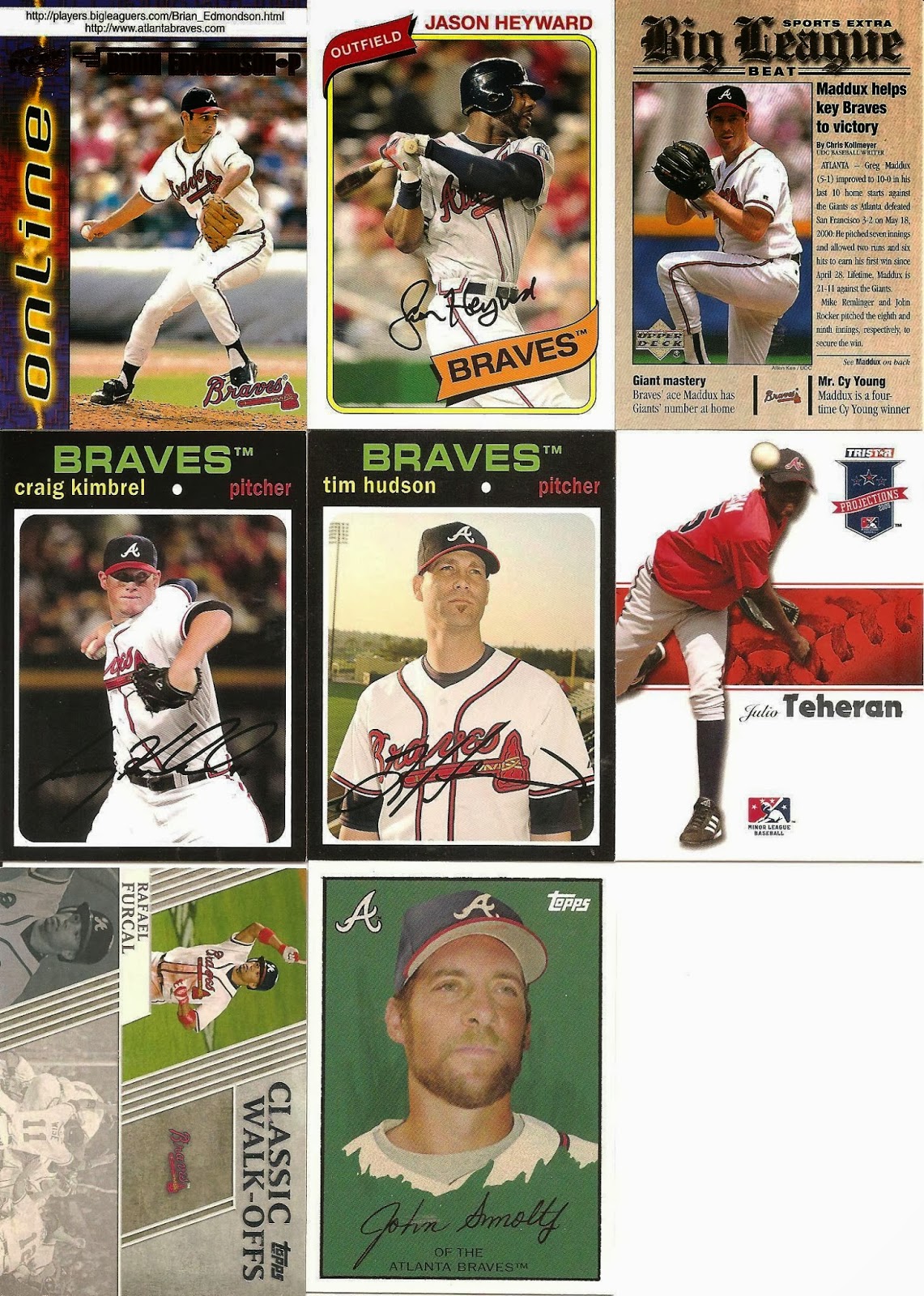 Some oddball and inserts too. Well folks that concludes todays' show. Ya'll come back now, ya hear!

DO NOT FORGET TO COMMENT ON WEDNESDAY'S POST FOR THE EVERYBODY WINS CONTEST. JUST CLAIM A TEAM THAT HASNT BEEN CLAIMED .
Posted by Johnnys Trading Spot at 8:32 PM