Awhile back I began sending trade PWEs to Ethan (Playing with my Dodgers). Besides my over abundance of Dodgers vintage to present, what caught my eye was Ethans' mini collections. They are a little different than the usual DP, turning 2, at the wall, at the plate, signing, pitchers batting etc.... Ethans collects turtlenecks, (which it seems 50% of collection hits, LOL), doughnuts, grips (not so uncommon), and the number 42. Obviously a limited jersey number (in honor of Jackie Robinson) these days as far as cardboard goes, but I was able to come up with some to help his collection along. I wondered why haven't I scanned these yet?  Other than Mo Vaughn and Mariano Rivera, I'm not sure who I had sent him. I decided to take the handful I have left and post about them before they go off. I am only showing 1 for each player other than 1 card, which I will get to shortly.

Before I do though, I wanted to get the laughs out for these first two cards I have had laying out for some time now to post about. They just make me laugh. 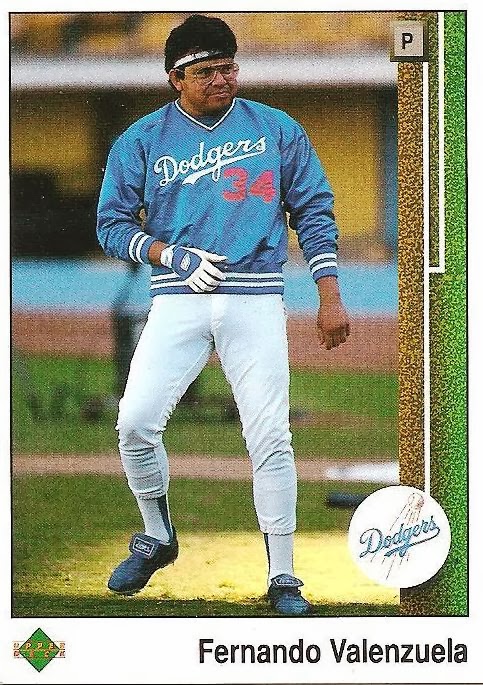 I'm not sure what flavor kool-aid Fernando had been drinking, but it's good for chuckle.

And look at those glasses on 1993 Ultra Alex Cole. Really? 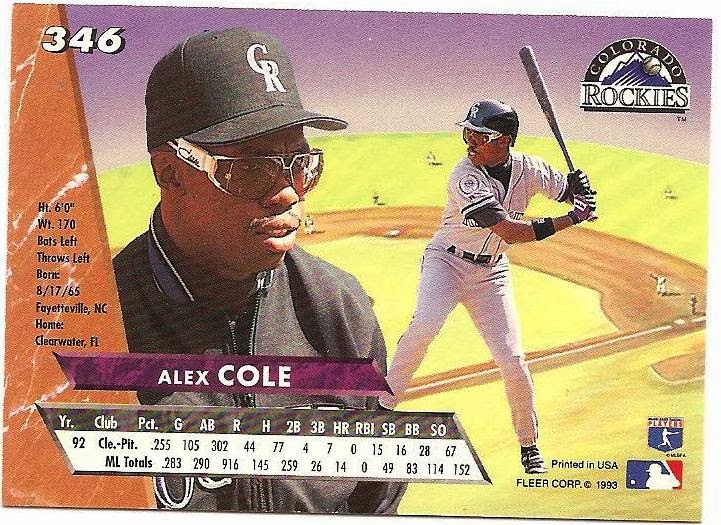 Now on the number 42. These first two, the 42 is on the player not featured. 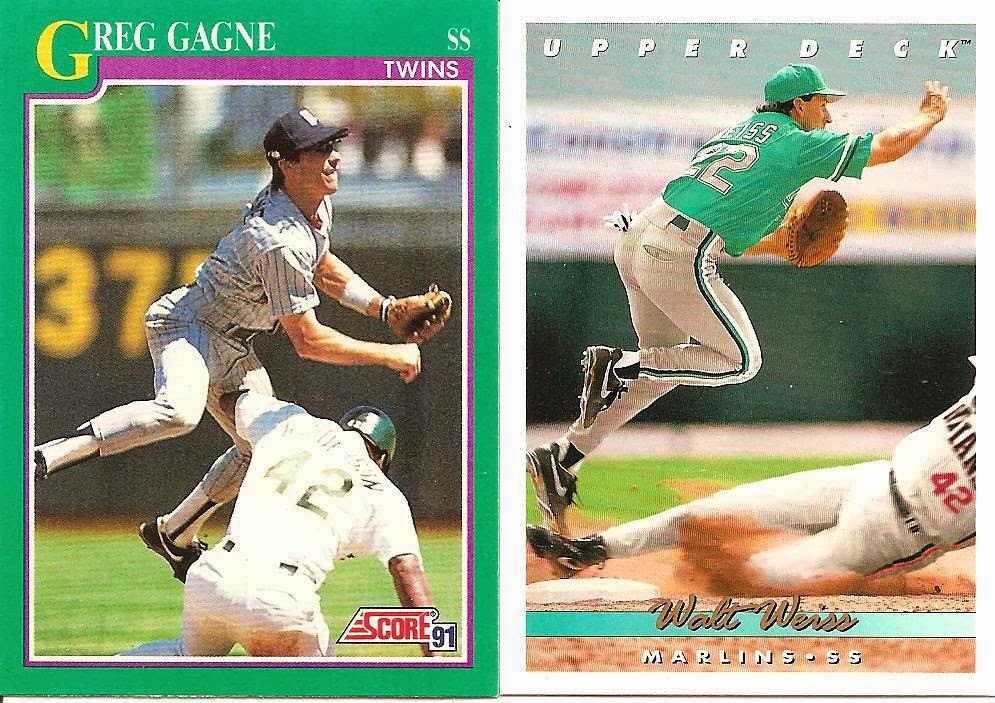 Pretty sure the one on the left is Dave Henderson, and I think the one on the right is Pitcher Rich Yett. These two are minis for other traders, hmm. Both are turning 2, with 1 a pitcher on the pads. 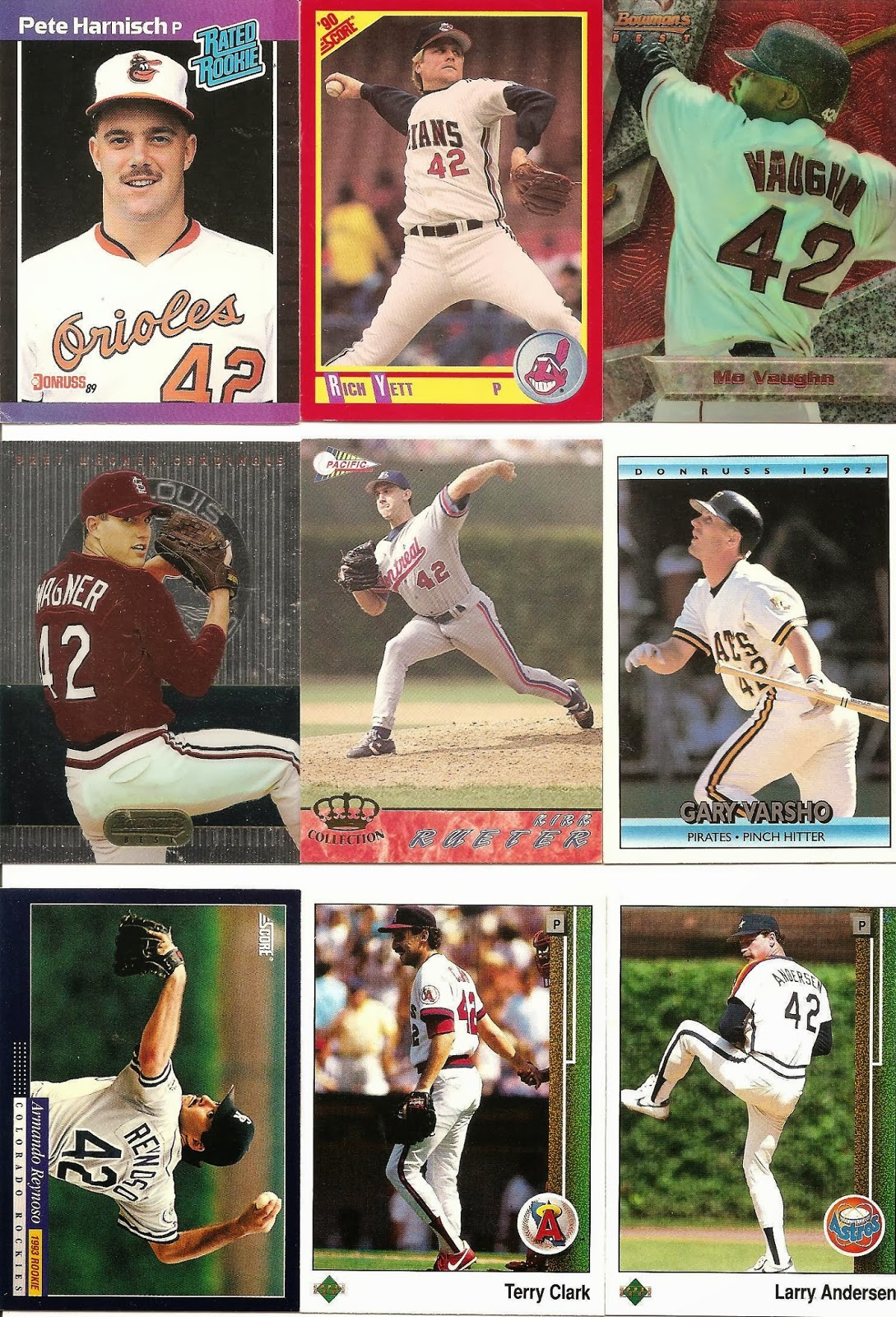 OOPS, I put another Yett in, didn't see that before. 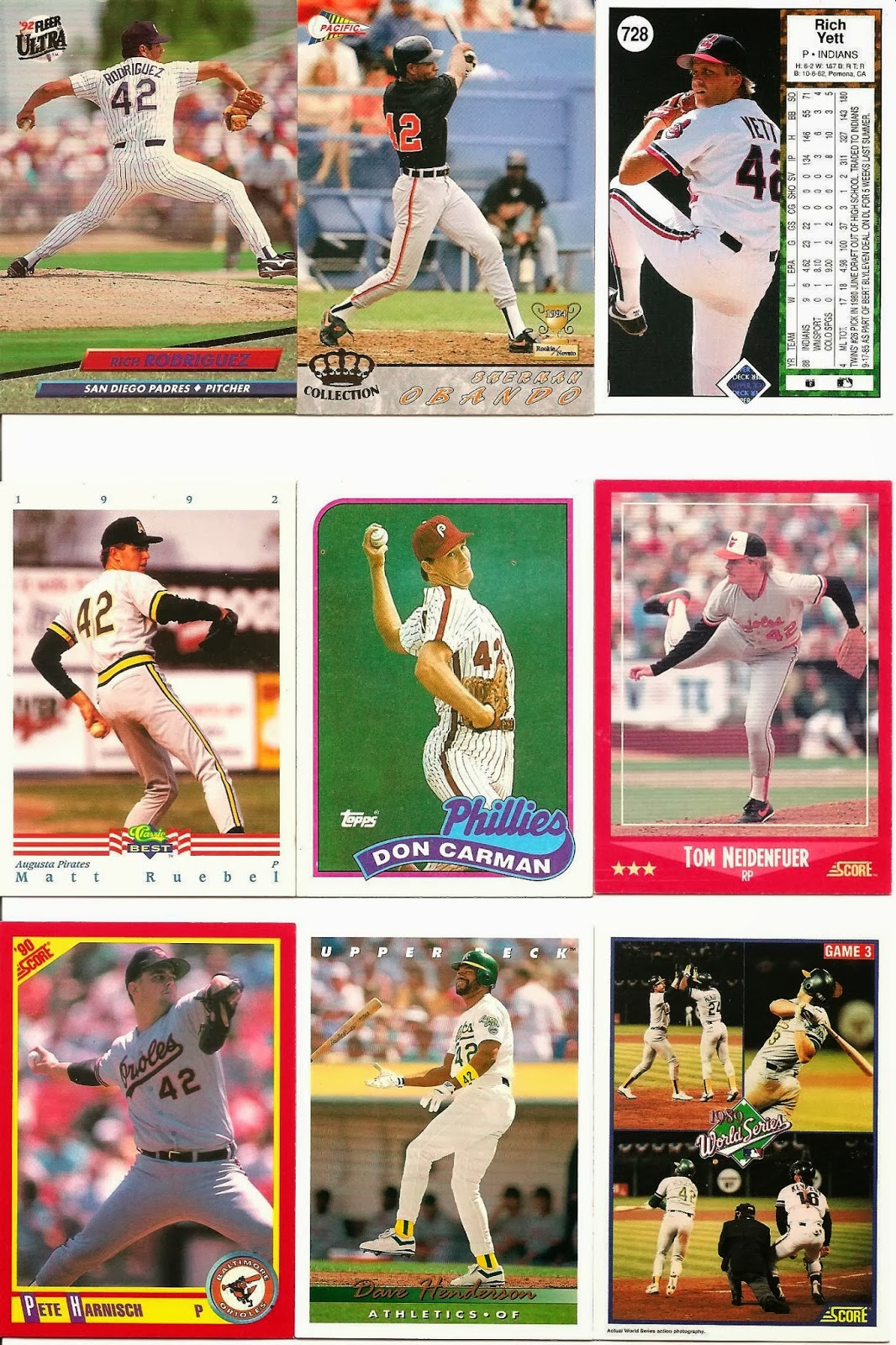 Had to throw Jackie himself even though you cant see the number 42.

I know there were a lot of other players that I sent Ethan, but they are gone now.  :( Don't know who they are/were. In time these will wind up joining their brothers in Ethan's home along with the other 500 or so cards I have sitting to do more PWEs with Ethan.

Don't forget about the comment contest.
Posted by Johnnys Trading Spot at 10:29 PM