Finally, the end of Binder 1!

Tonight is the last backlogged edition of Binder 1. We run through 2010 through 2013, and that is it minus the new additions as they come in, which is so much easier and gives me something to write about. But, we will probably wait until we get some 2014 established. 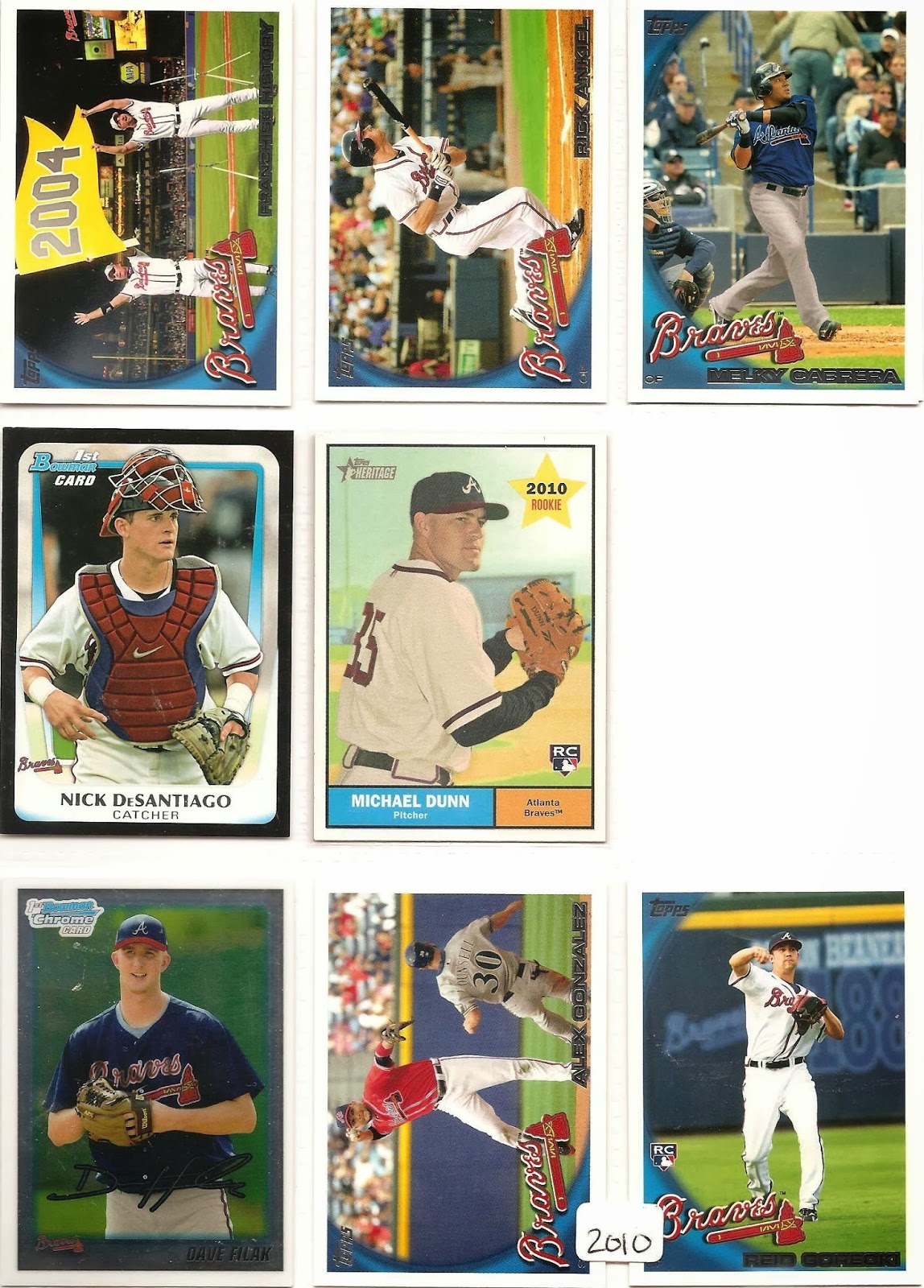 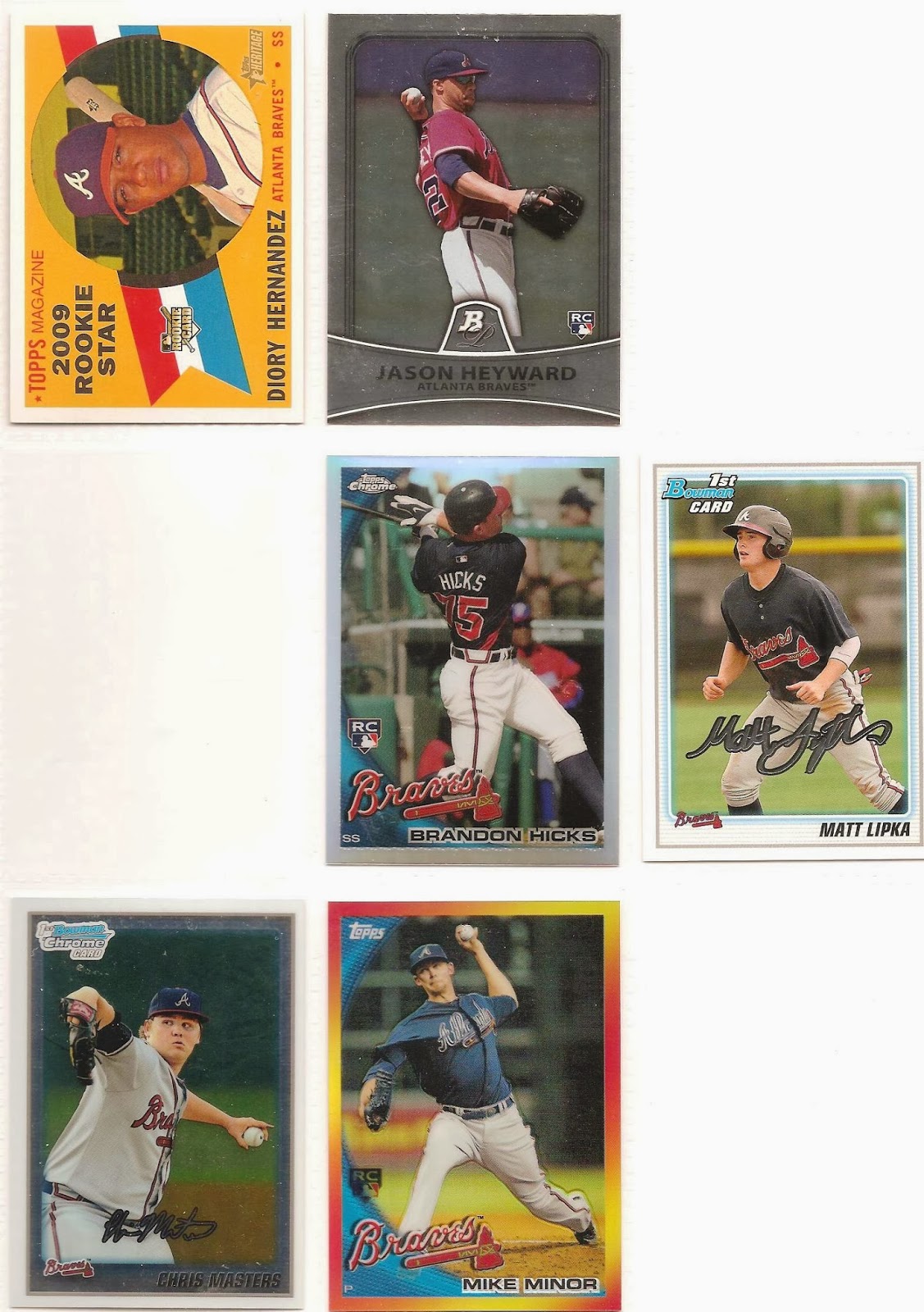 I still need to re-position these cards, but I "believe" I have them all. I like the heritage cards, but that Red Hot Rookies card is sweet. Looks a lot better in hand, I'm telling ya. 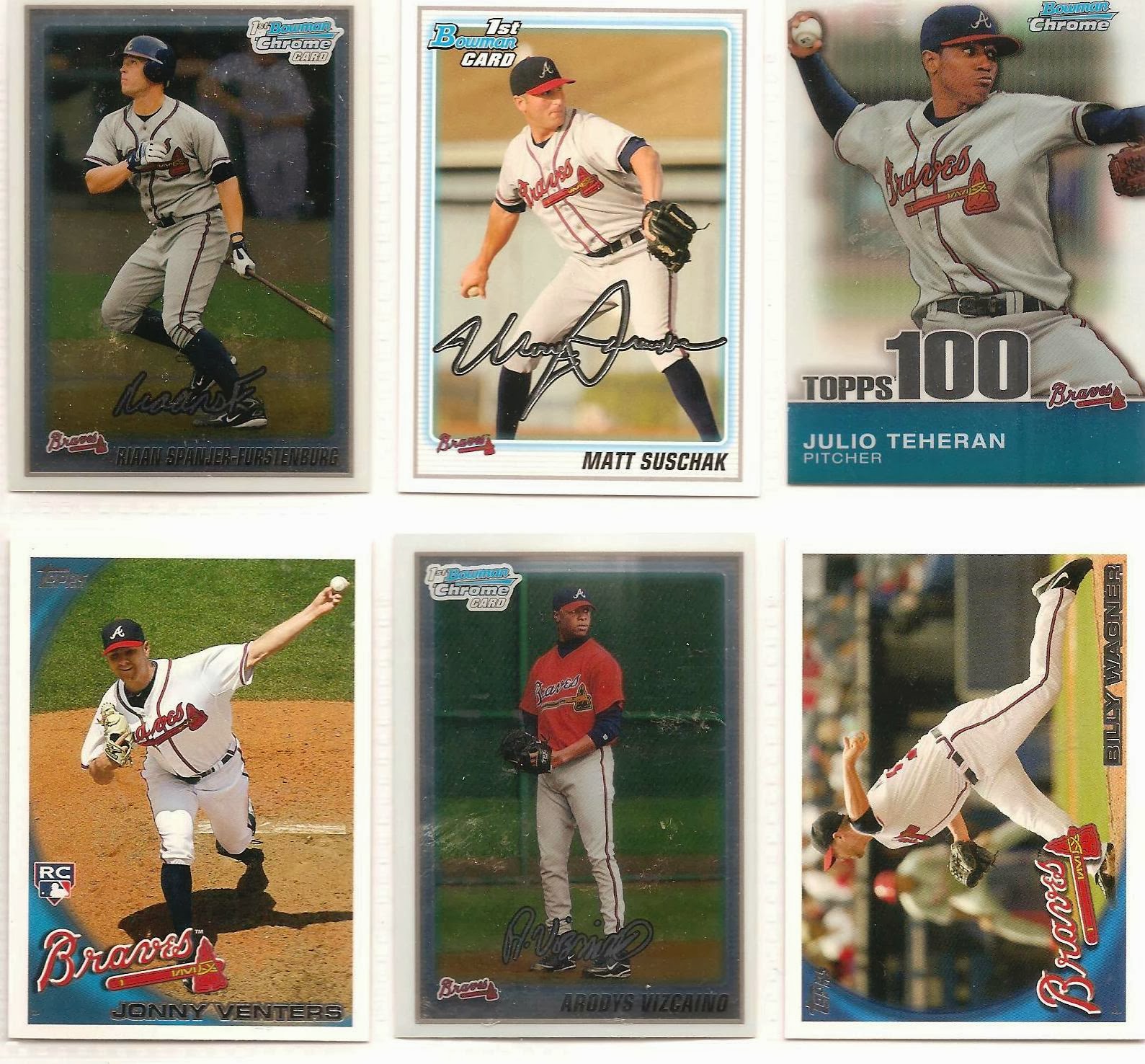 2011 I need Cristhian Martinez (any company), and a Dan Uggla Topps Heritage #367. (if they are in an Atlanta uniform). 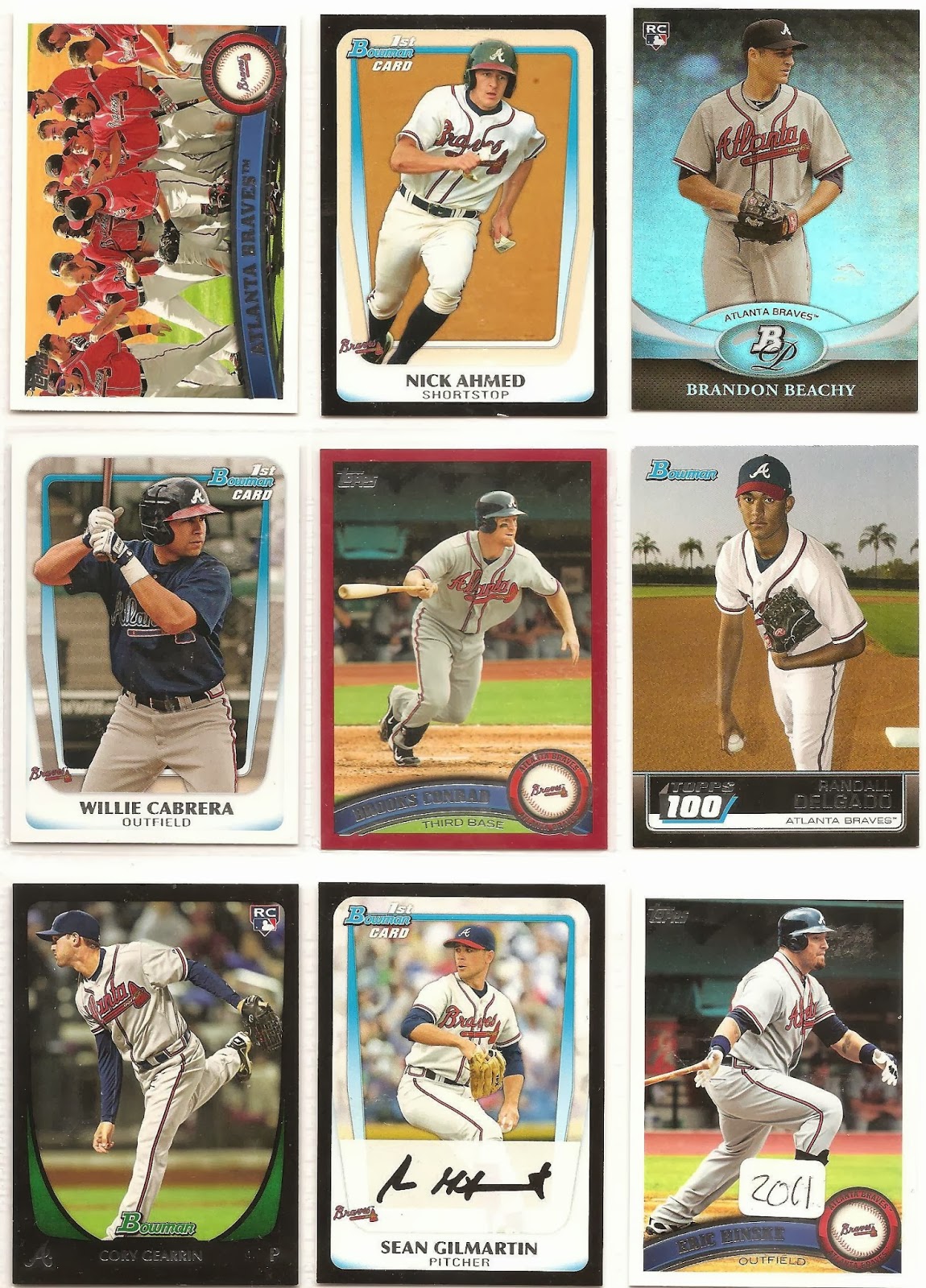 The red parallel i snice. 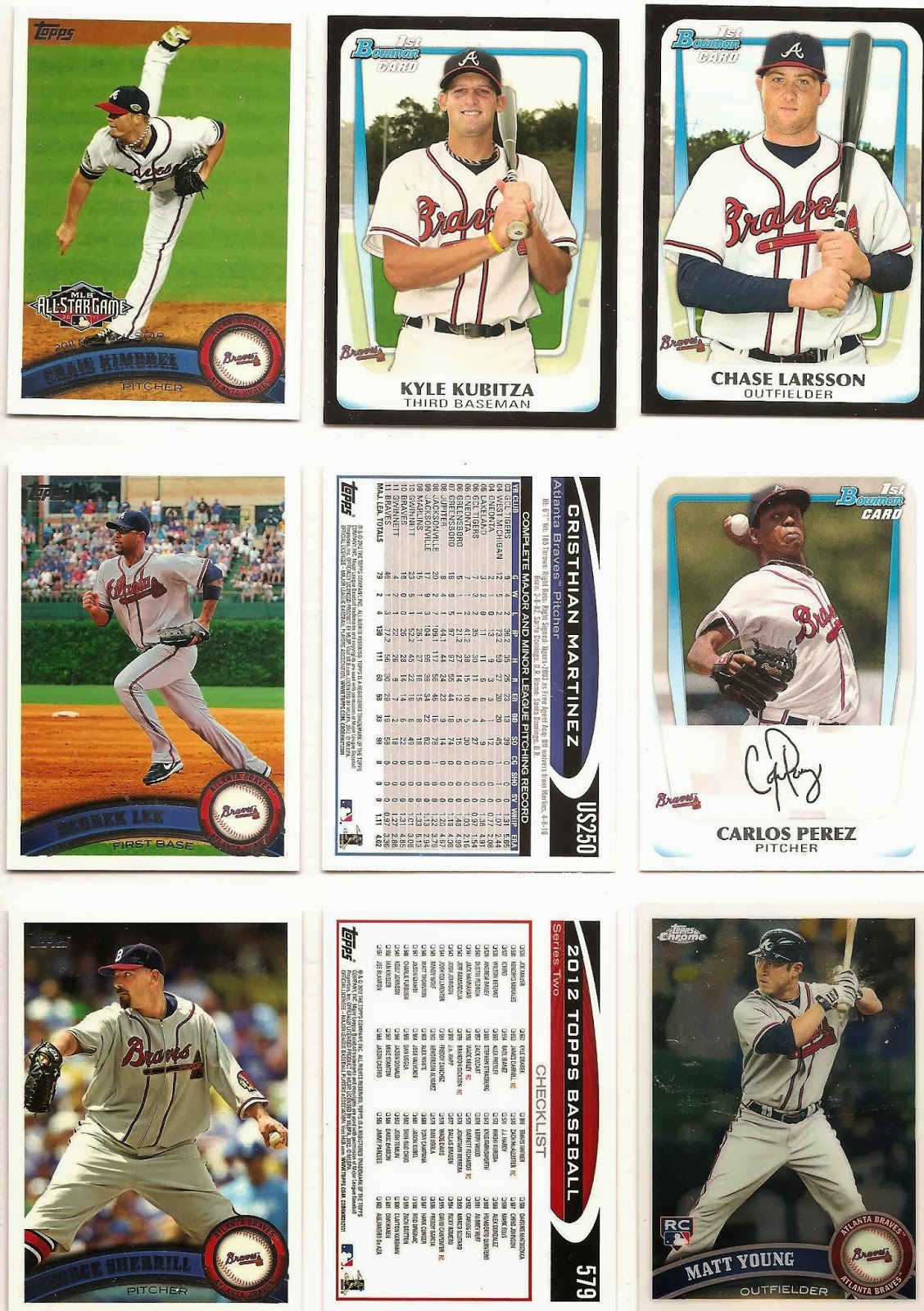 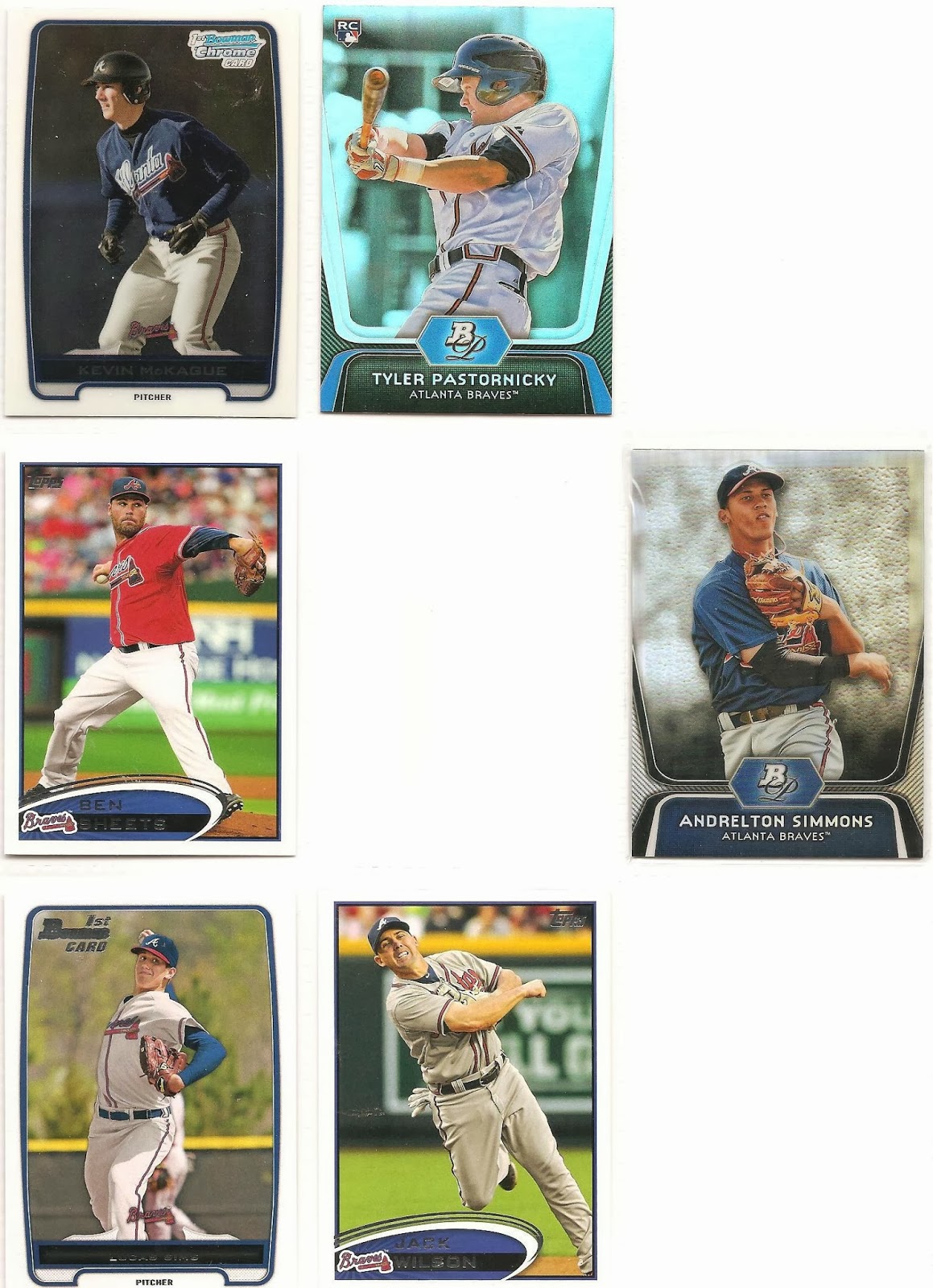 That Pastornicky looks so much better than the Simmons and Drury cards. By far my favorite for 2012 Binder 1. 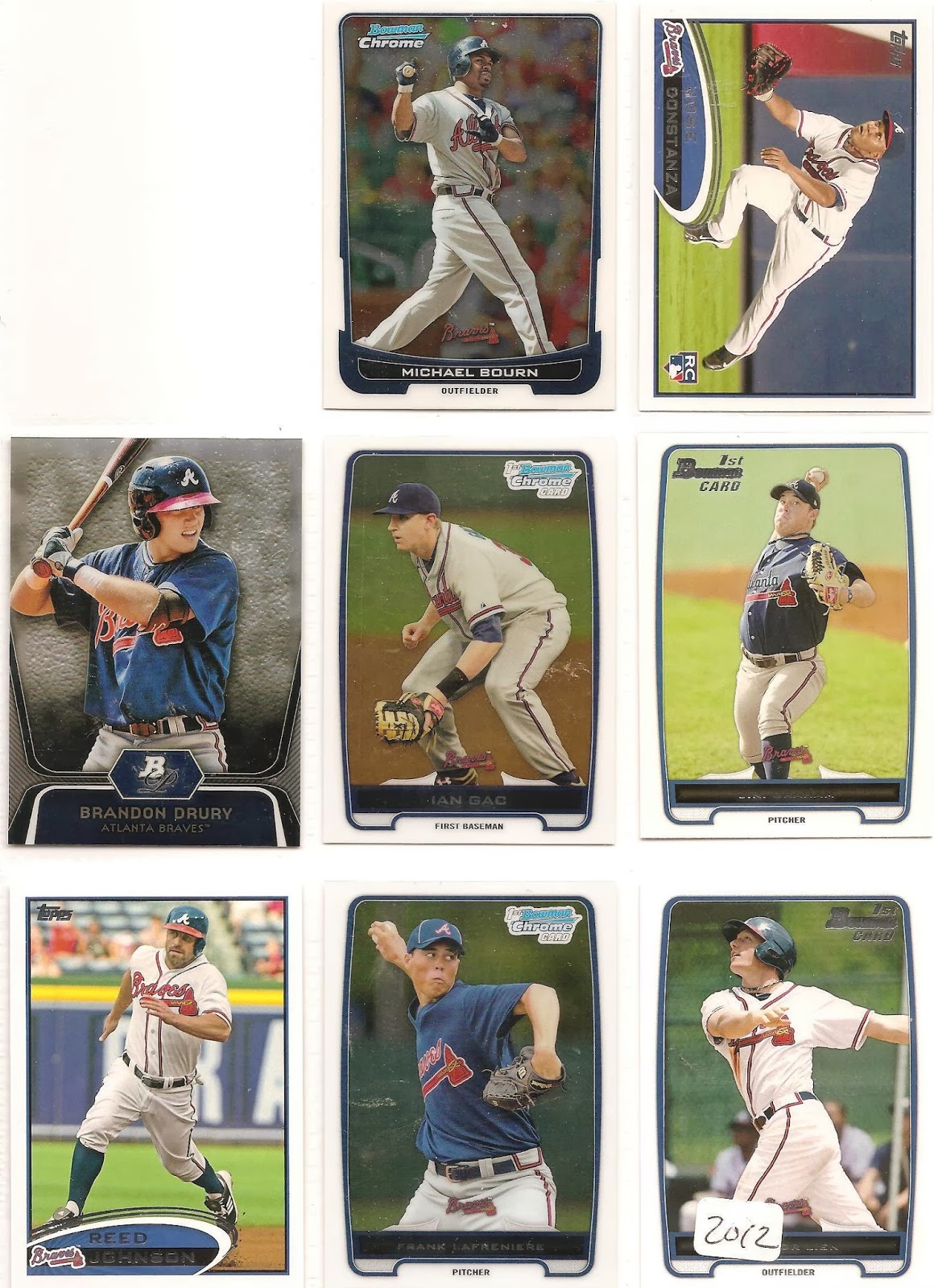 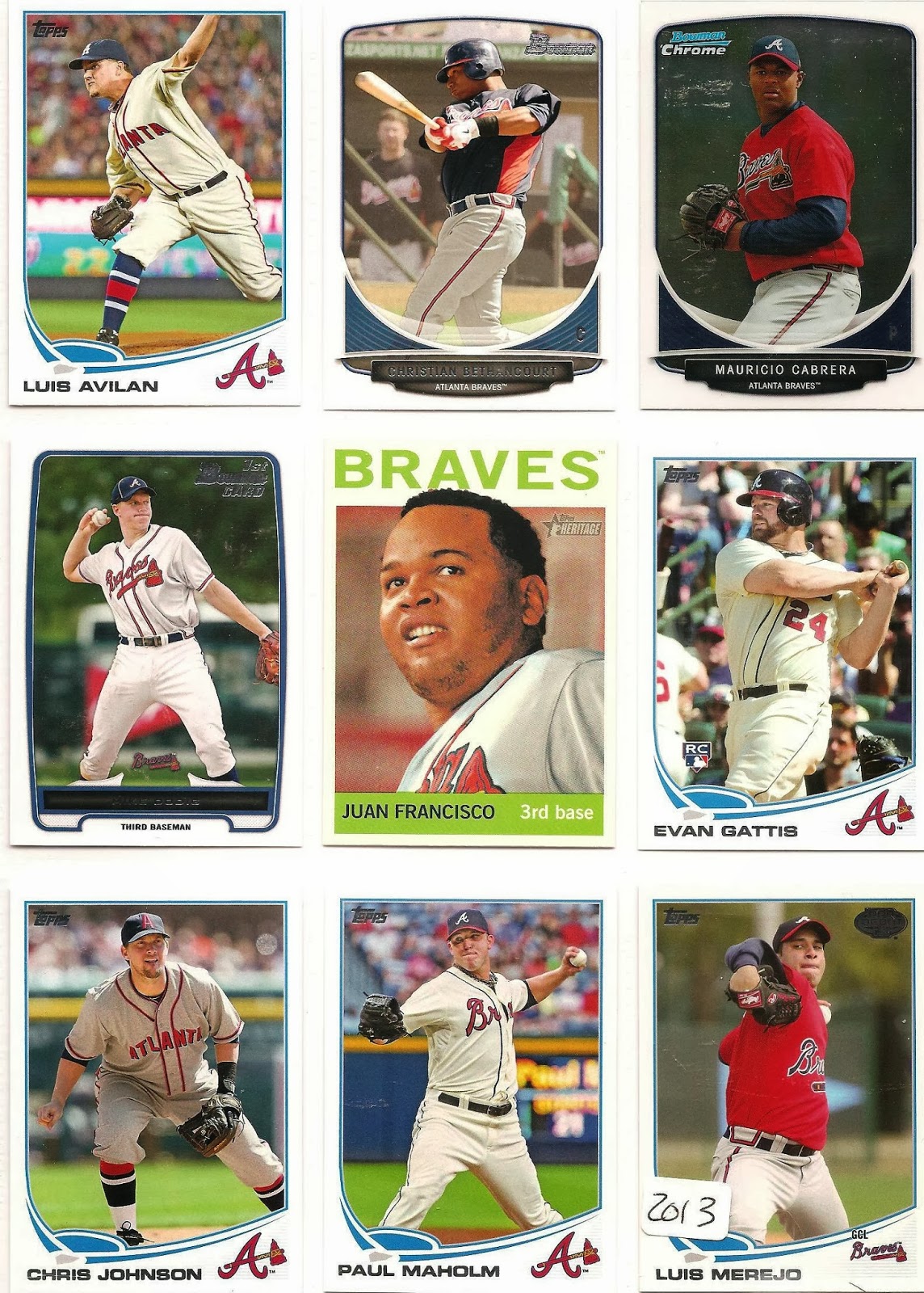 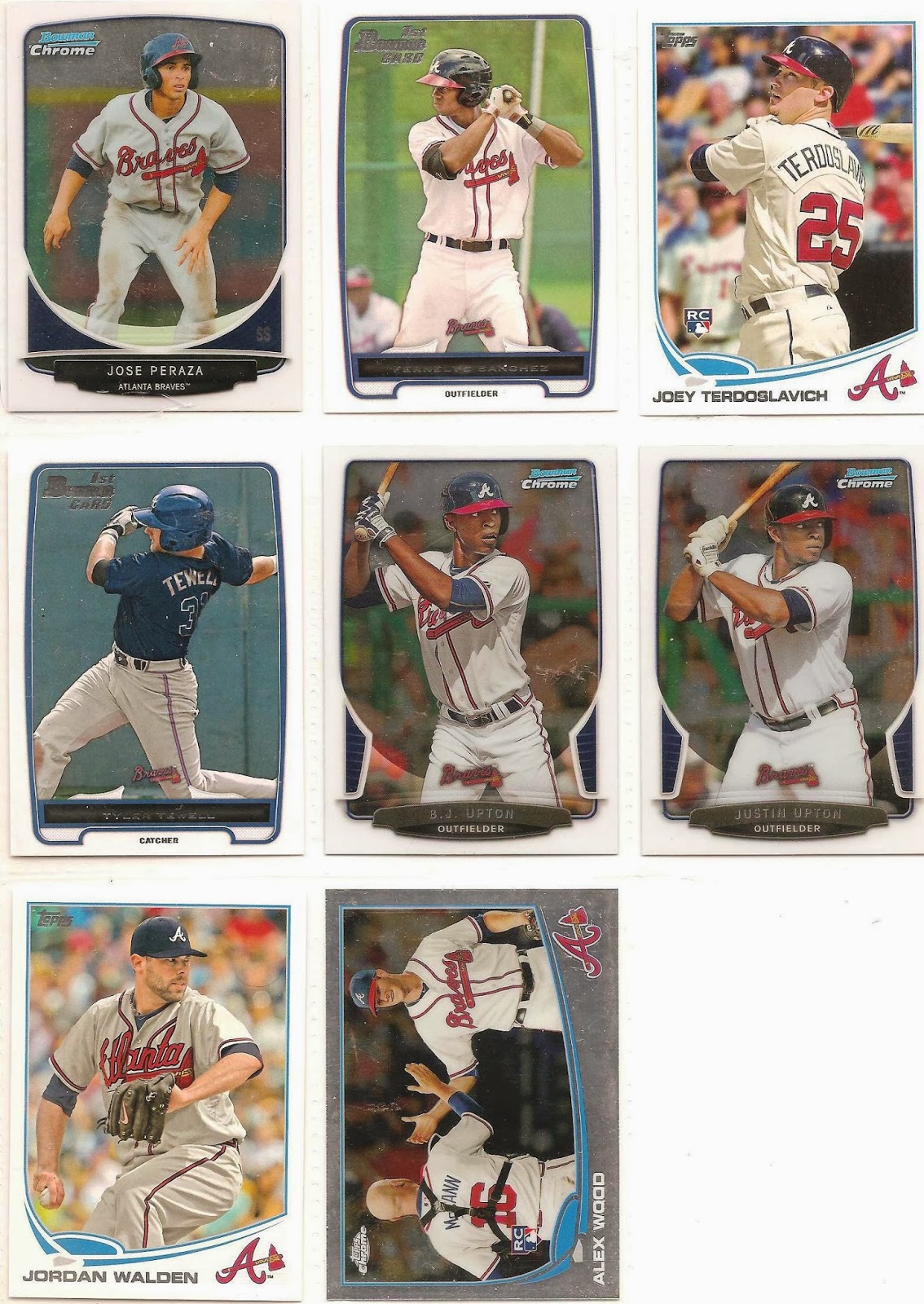