I interrupt the regular scheduled blog for an emergency post!

Yes, I know this blog is mainly about baseball (reference the football comic), and this post is(at least about our hobby in general). I will continue posting my binder 1 scans later tonight and it is definitely getting interesting. As I mentioned initially some times it can get crazy with binder 1 having a card pop up that you were unaware of (6x today). We are up to the 80s now on scans and this is where the "other" card companies come into play. So there is variety to say the least.

John, you said emergency, whats that about? I'm glad I asked.  Today, I received 2 (only 2) packages of goodies, one totally unexpected and the other about a week early. Let me tell you about the packages, one had 5 Braves teams sets (non Topps flagship) where I pulled 6 "First year Braves" cards that I didn't know existed. ALREADY awesome from this point. Those team sets hit nearly every one of my binders. Nothing special as far as cardboard goes so no need to scan them, but I am totally psyched. The second package had some ANS Wacky Packages that I needed all 46 (from series 8 & 9). But, the biggie was this comic you see pictured below. It is about card collecting not football, so I hope you enjoy reading the short comic. I scanned the 8 pages so that you can. This is a comic that I knew about, but never had the opportunity to get one, and it just shows up from a trader thinking he found me an oddball for my Elway collection. Not going with the oddballs though, it is going with the publications and knocking one off of my want list. 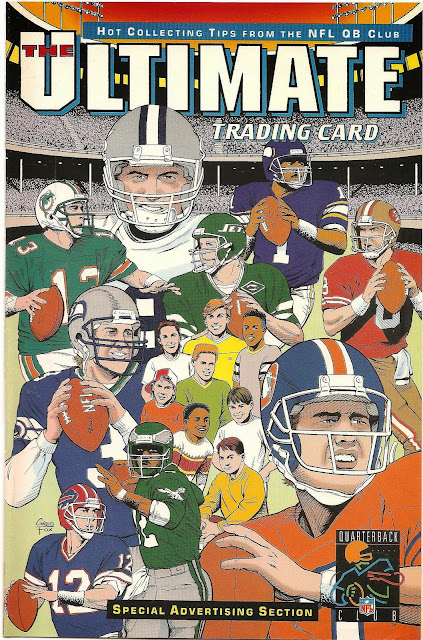 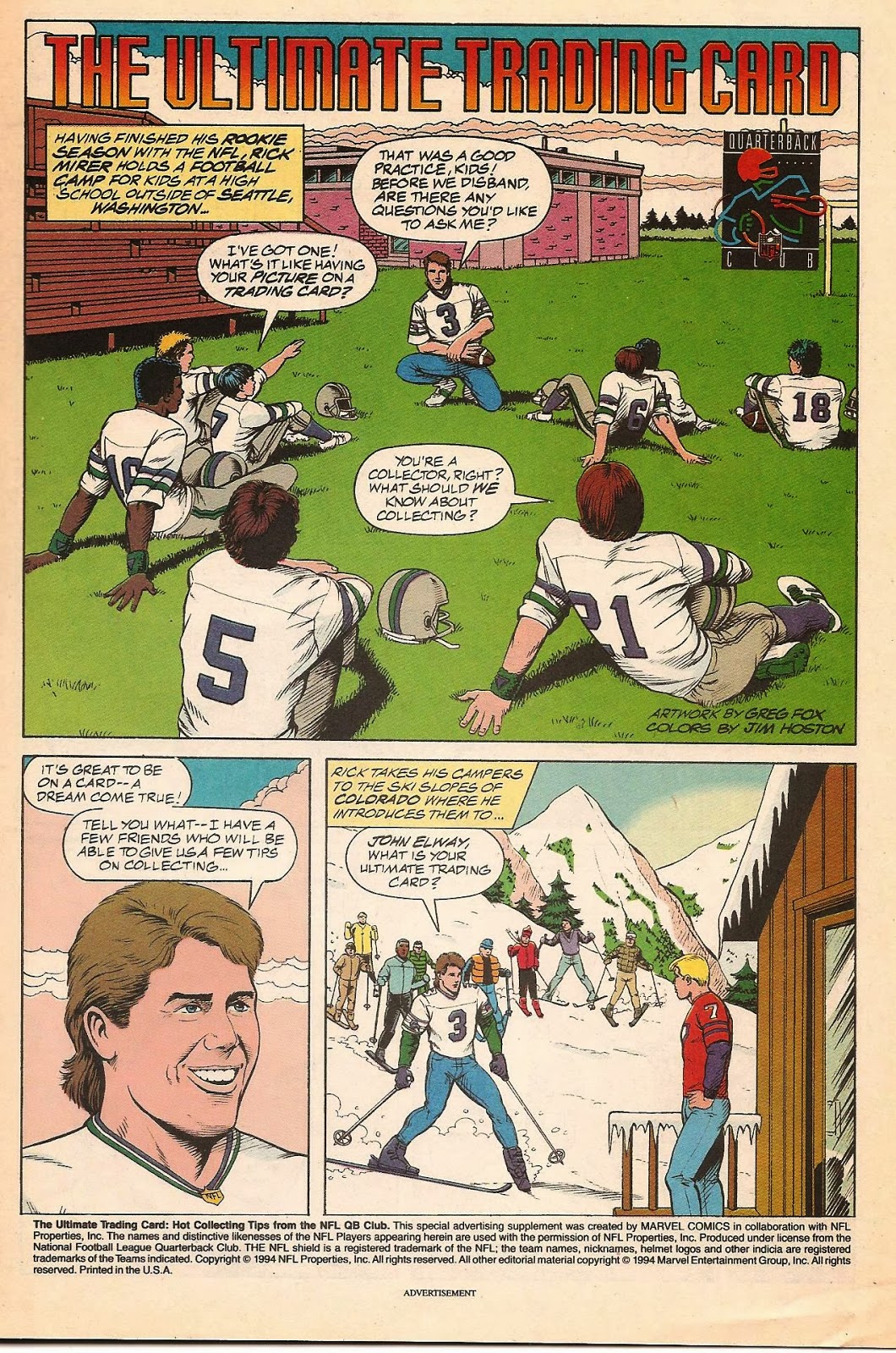 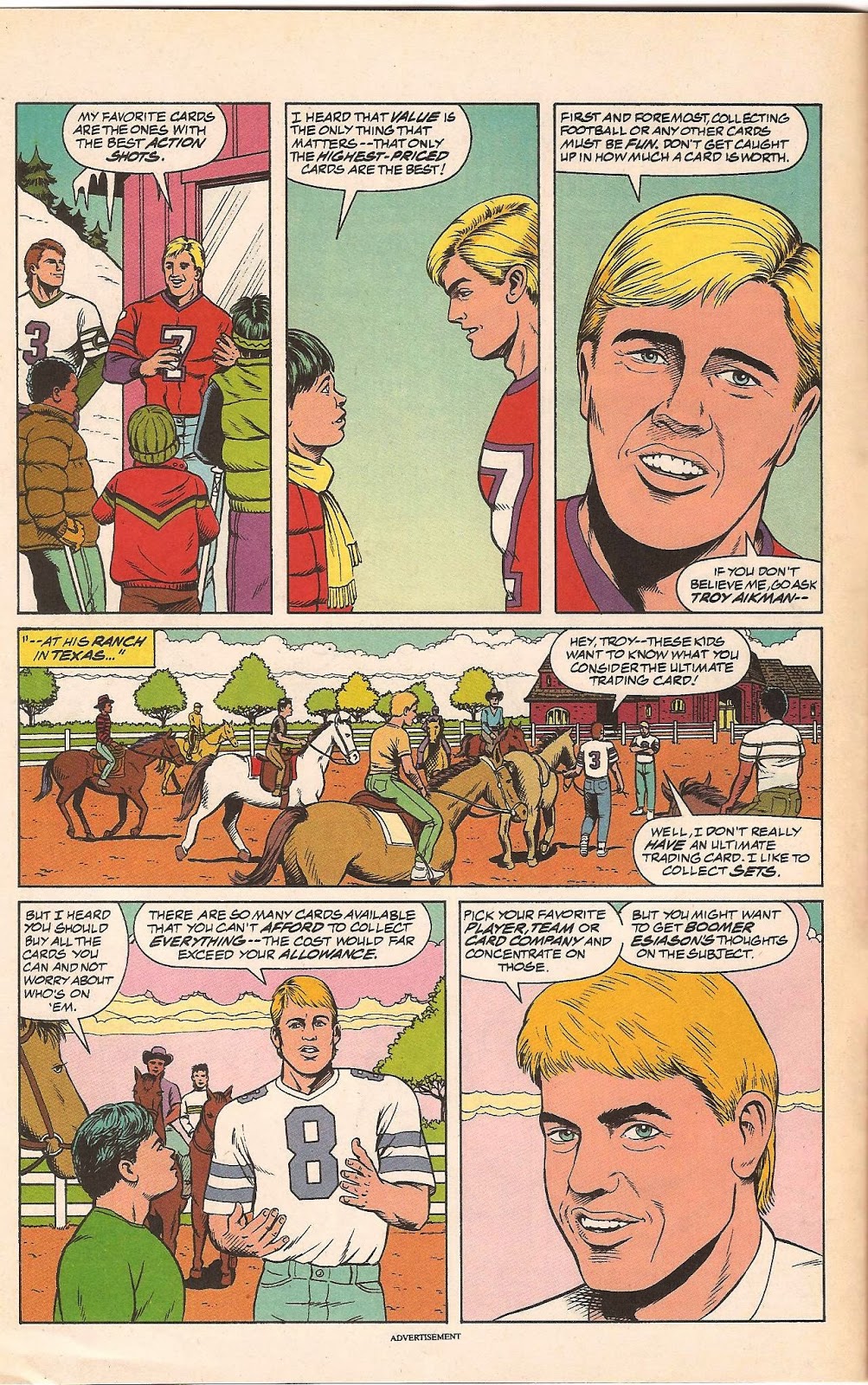 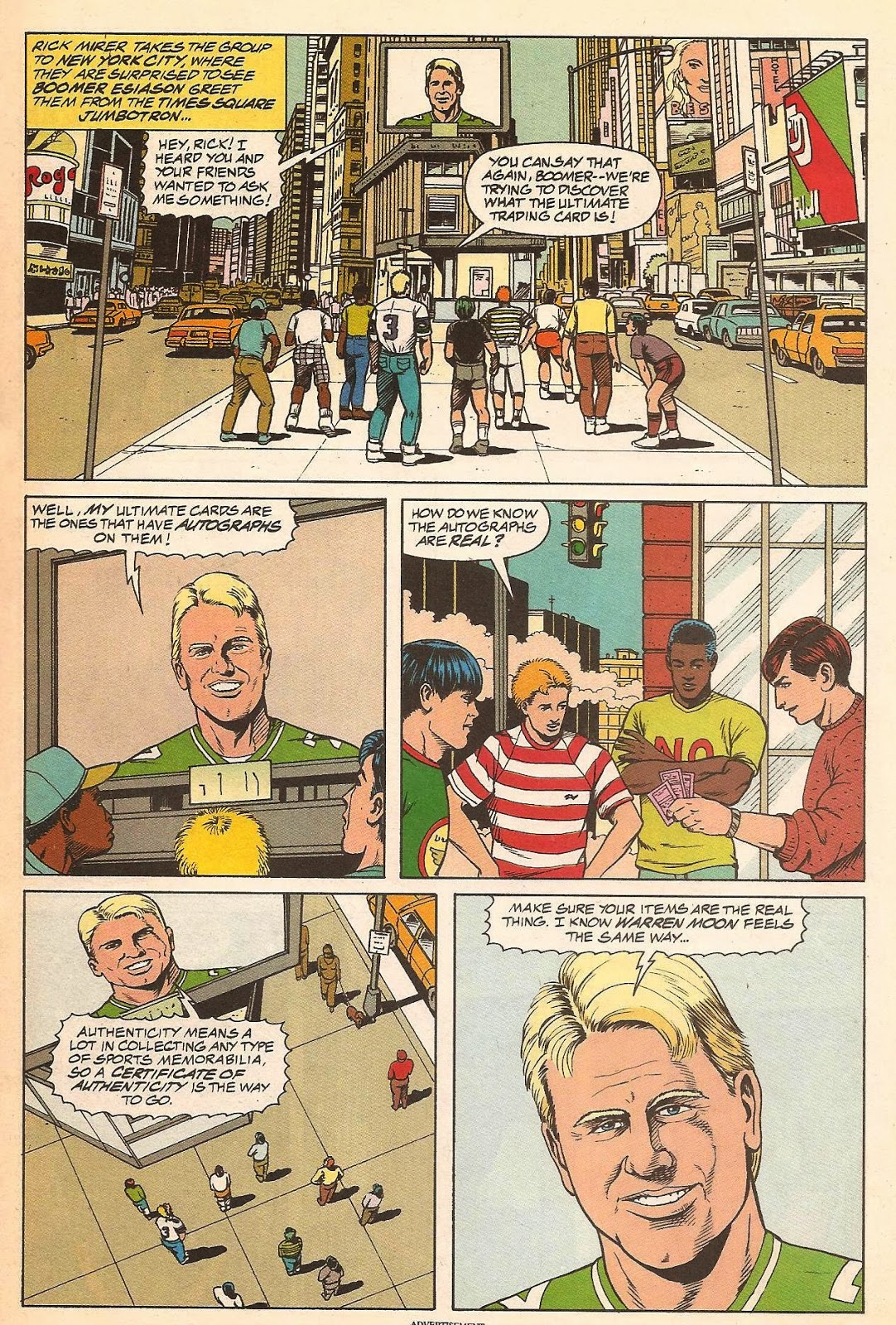 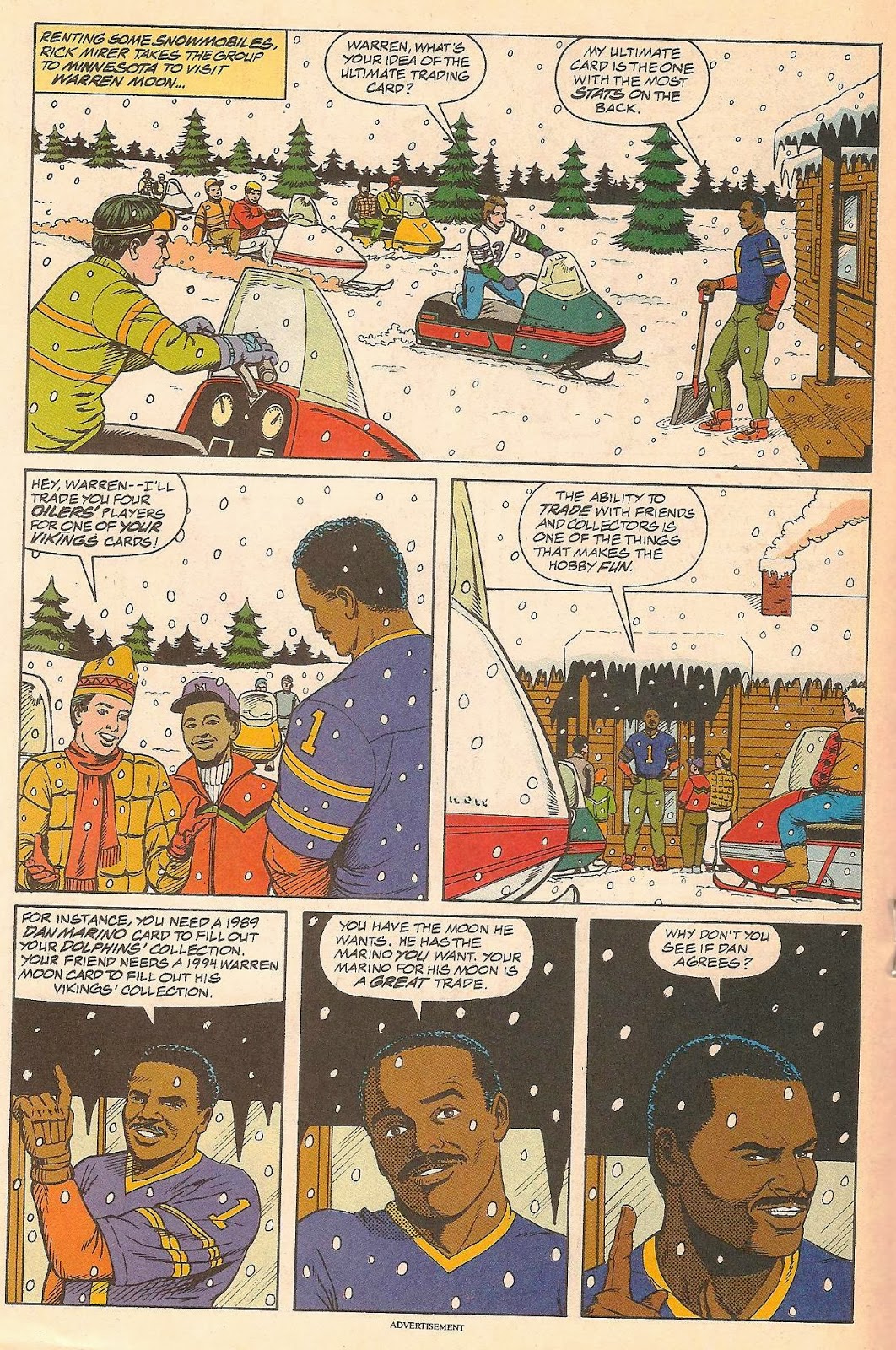 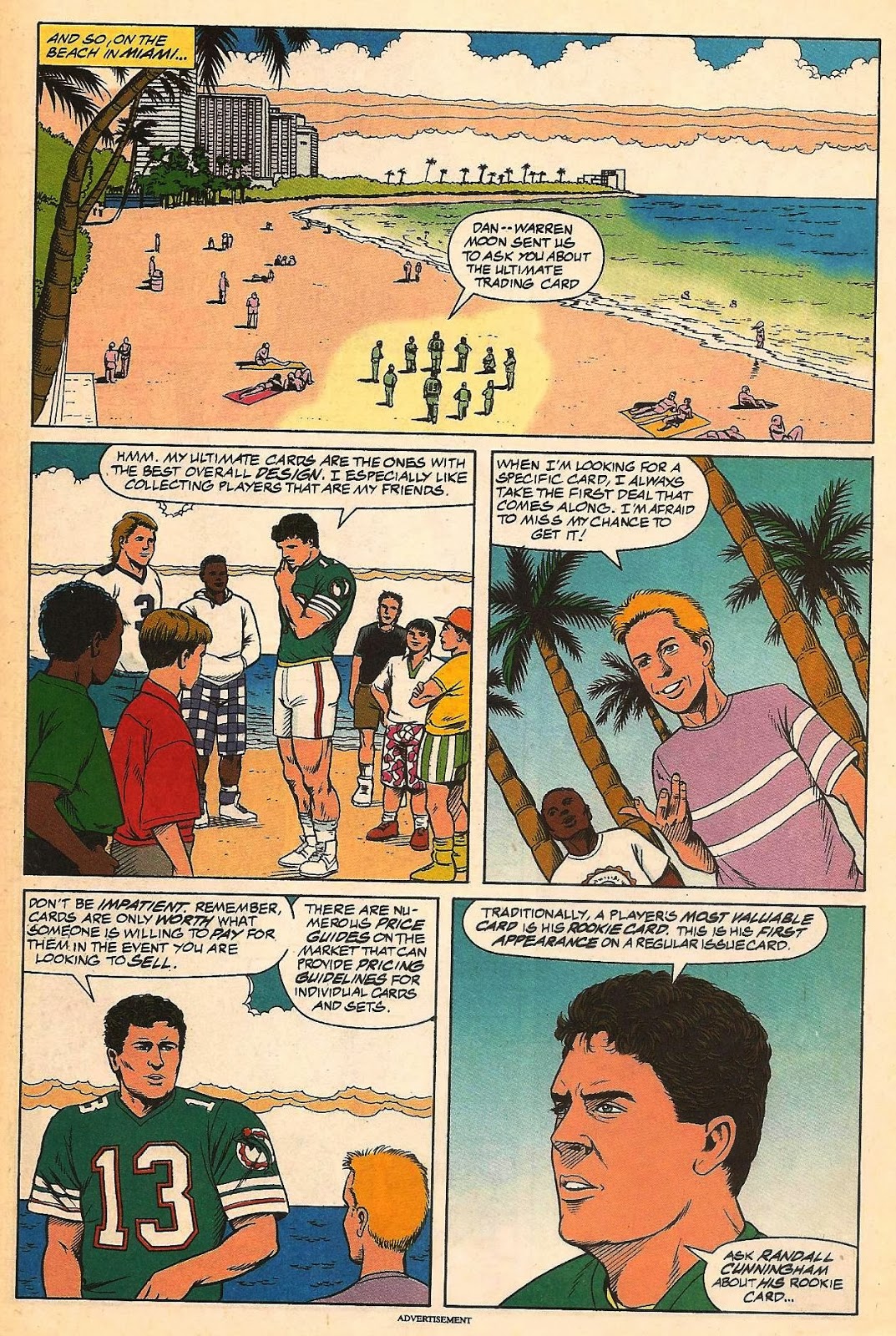 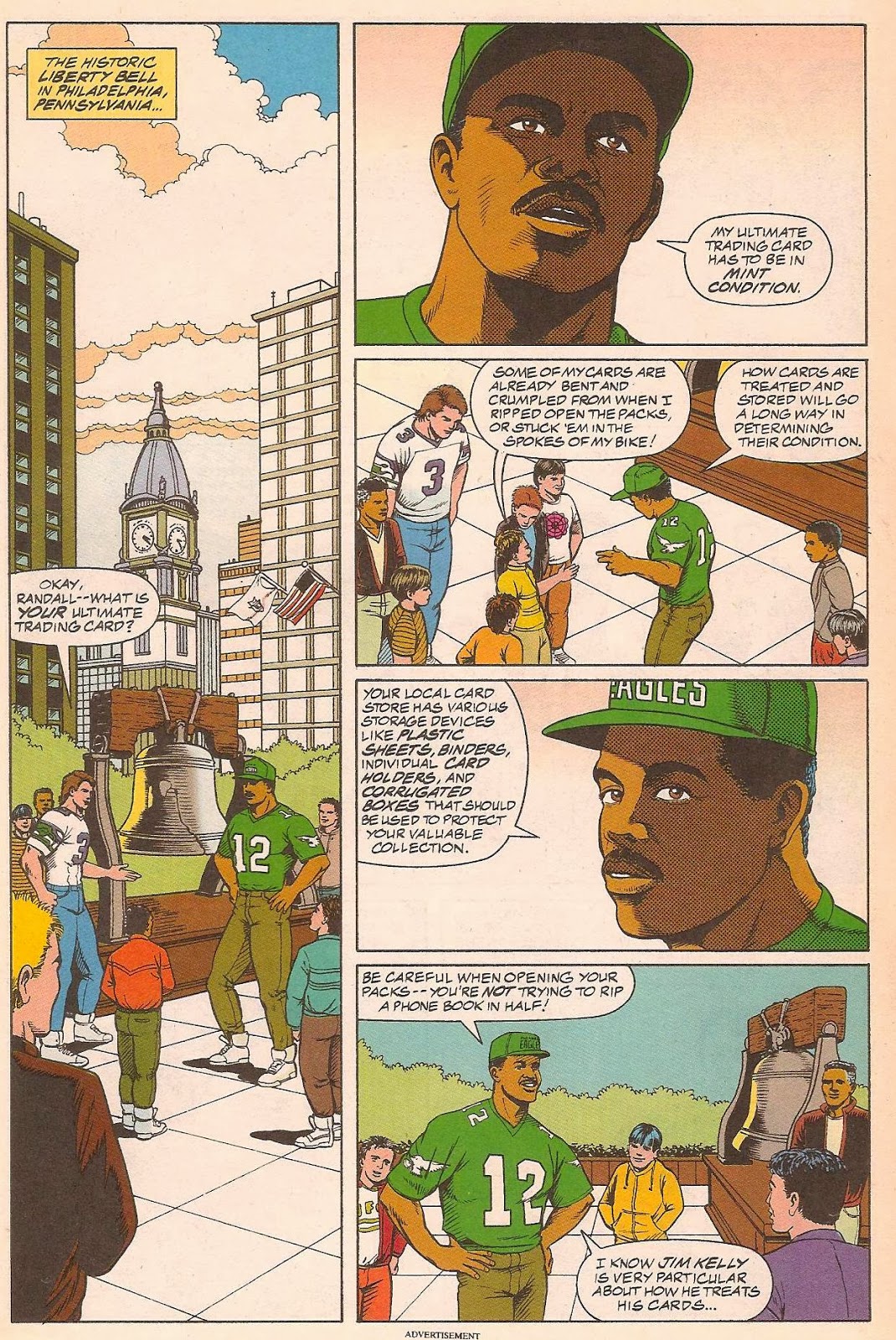 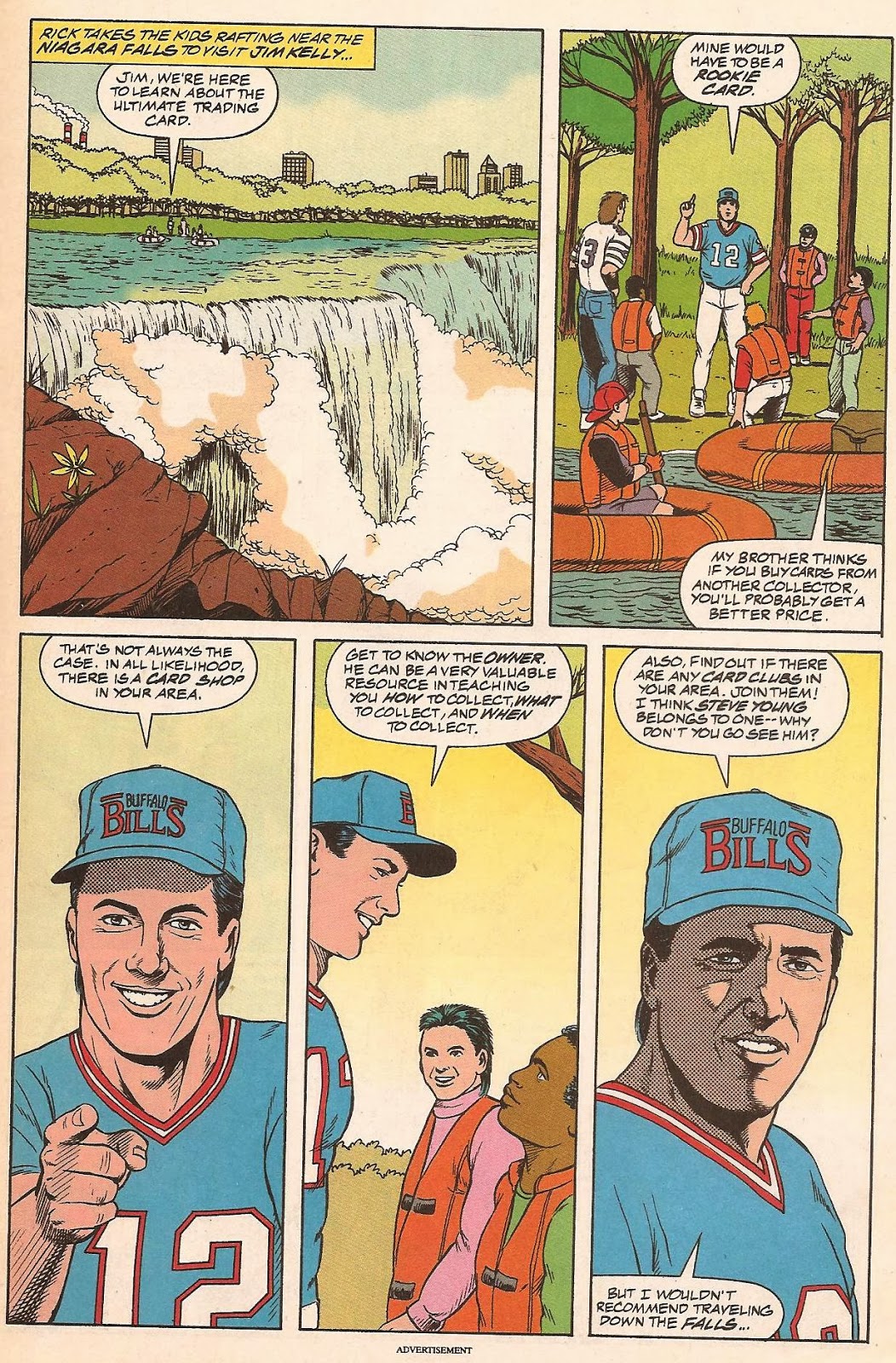 I must say that bottom right hand picture looks more like John Elway than Jim Kelly, LOL
I can't seems to make the last page any bigger for an easier read. 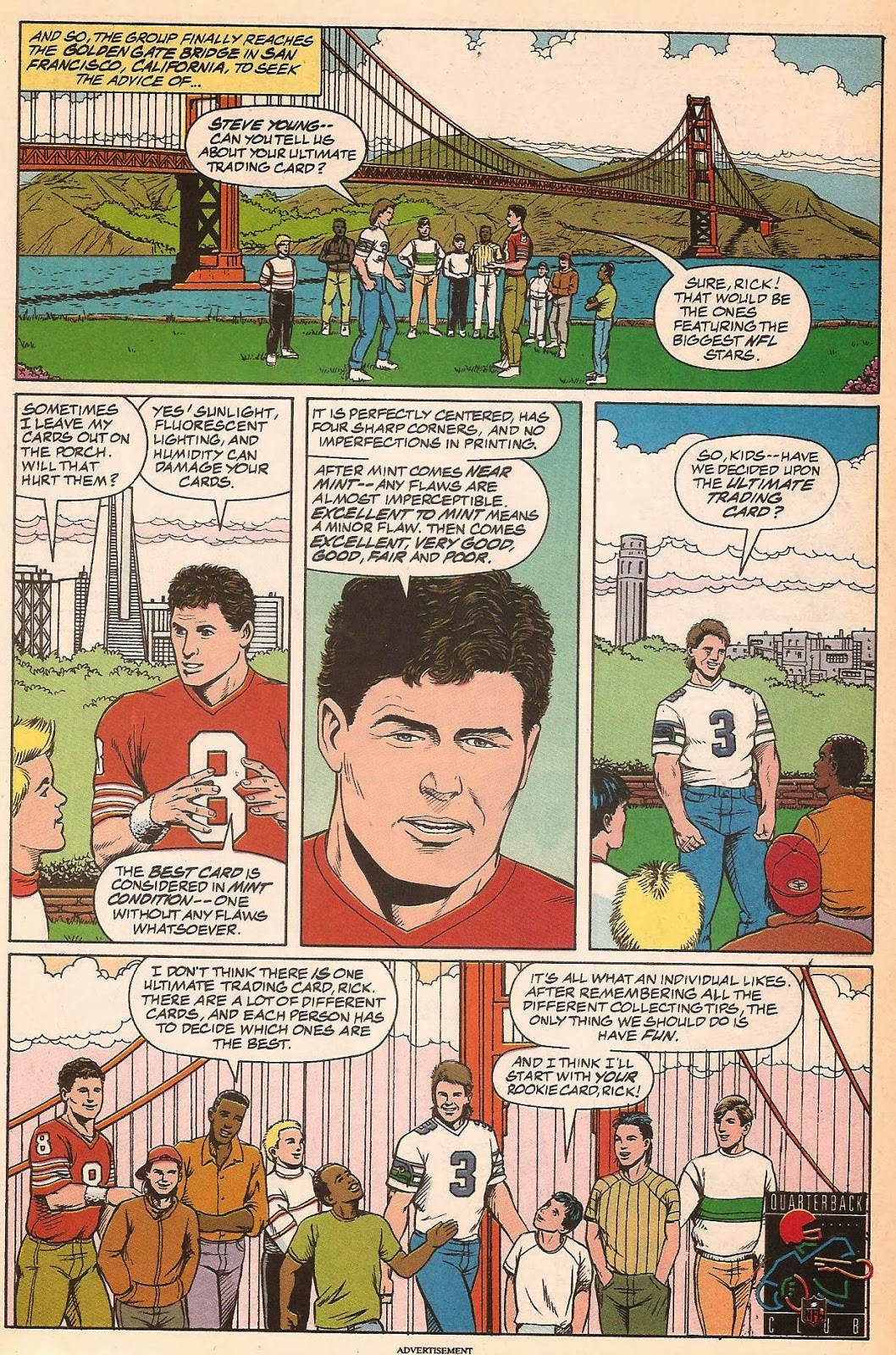 I hope someone enjoyed the "The Ultimate Trading Card", or at least got a kick out of it, let me know via comments.
Posted by Johnnys Trading Spot at 6:29 PM