A little card smack on a Holiday

Sitting at home right now, I was contemplating pulling some cards out to start another binder. Nah, I think I will just post some pics of cards that I'd like to comment on. 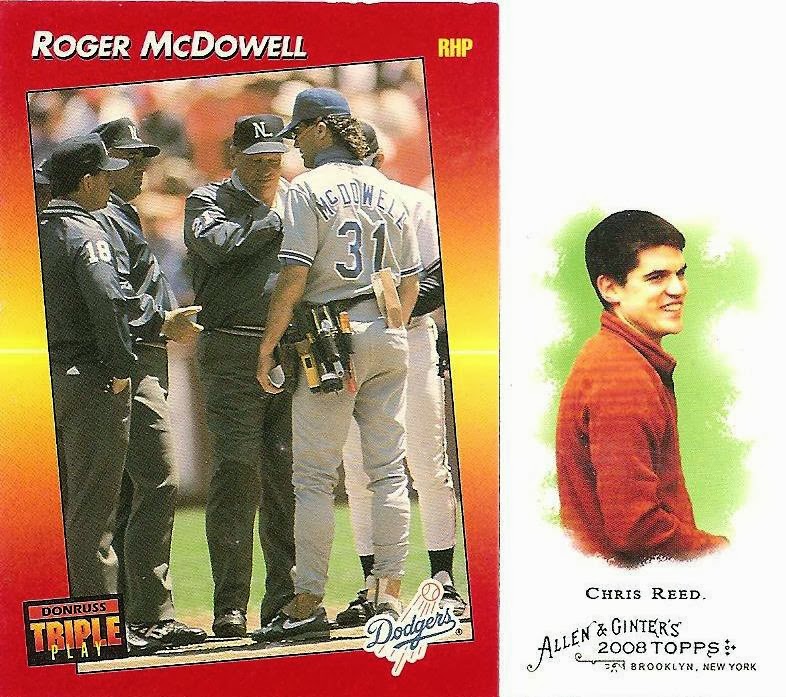 That mini is from a fellow trader (Chris Reed) of himself, not sure how he made it but great job Chris. Now who can tell me about the Triple Play card? Is this staged or what?  McDowell in a tool belt complete with sandpaper in his right hip pocket. 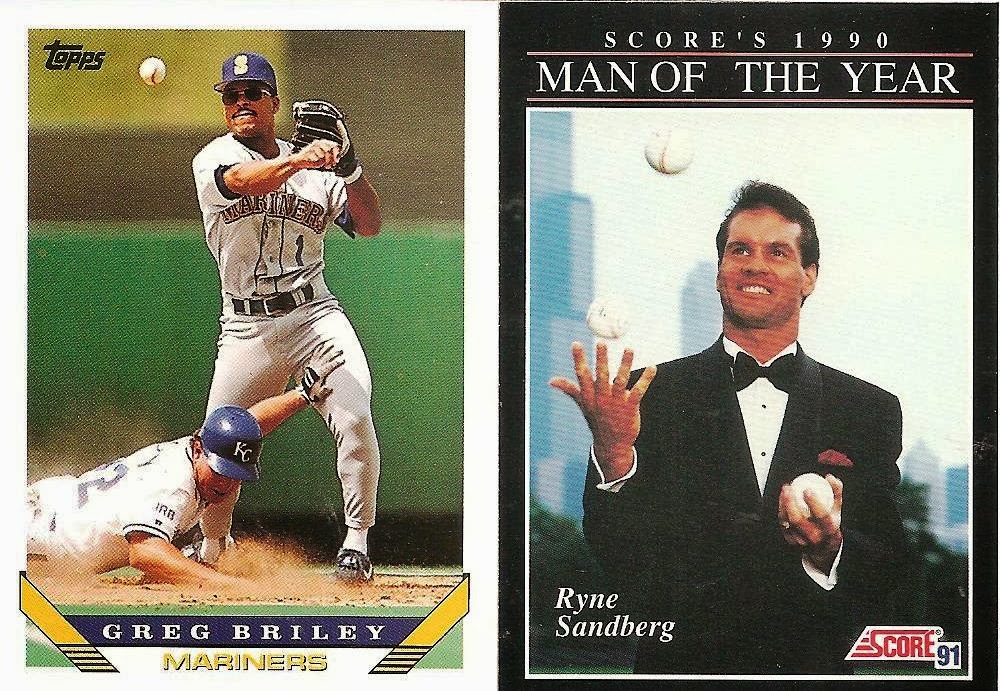 Really? what is necessary to "lay" your hand on Greg's thigh? Nice Tux Ryno, reminds me of another Ryan in a tux card (Nolan Ryan that is). 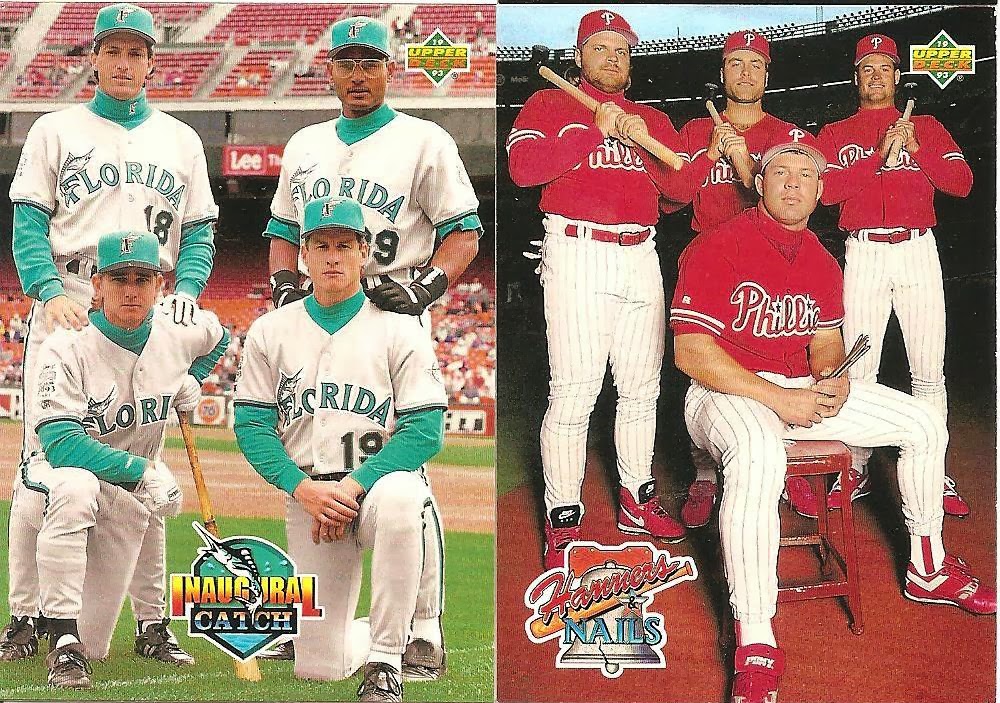 1993 Upper Deck did A few nice "team cards". I see some "turtlenecks" on them there Marlins, really in Florida? Surely that photo was taken in Miami.  You gotta love those Sledge Hammers.

Photo shopped yes, But still I love the "french" on the Expos card.

Dig the lights on in the Cards stadium shot, the sky looks awesome, maybe it's not shopped, lol. Rijo's face says it all, ehh we done yet?

Tip me over and pour me out, at least that's what comes to my mind. Then again, I'm a little nuts. LOL.
Will someone tell me just what in the heck that base runner is pointing at? I know..... he's pointing at the plate, but one would think that Topps would have "screened" that photo. Afterall, what if Martinez wants to show his kids his cards, LOL. I'm just saying.

We've all seen that awesome play at the plate card. Crawford looks like he was giving the guy an elbow to the head too, especially with the grimace on the catcher's face. Last but certainly not least, give credit to the base runner for veering to the left of the bag to take Ripken out, and give credit to the photog for the great shot.

Next post will be showing some cards for your mini collections. "Signings"