Welcome to Johnnys trading spot 2014.  As many of you know I have MANY (13) now 12 binders of Braves. Binder 2 was a duplicate of binder 1 that was for my brother living in Atlanta, or the outskirts of it in anyways. He lives in Cobb county, the future home of the Atlanta Braves. Back story, I was born in Atlanta in 1966, the inaugural year for the ATLANTA Braves (and Falcons too). I am still working on binder 2 pages to update for him next Christmas when comes back to Ocala FL (the future home of the eh hum Yankees training complex). They are moving here from Tampa (90 minutes away and where I have 2 daughters living now).

Binder 1 (and 2) start off with the 1966 ATLANTA Braves team, then transitions year to year ONLY adding the players in their first year Atlanta uniform, thus not duplicating any player from a previous year. At first I thought this would be an easy project, HA! No sooner than you think you have a players first card wham-O you find an earlier one. There are no strings attached as to card maker. Albeit Topps flagship is the beef until 1981. This has been and will continue to be a FUN binder, I can say that now that is near complete, less the new cards each year). Binder 2 now takes a back seat to the other binders, just thought I would mention that. I actually started these binders (all of them) this summer, so they have come along away.

I will posting the cards from this binder over the next few days, and noting the boogers (some say gremlins) but I felt like saying boogers, I said it again. Now sit back and enjoy the card show (play on words). 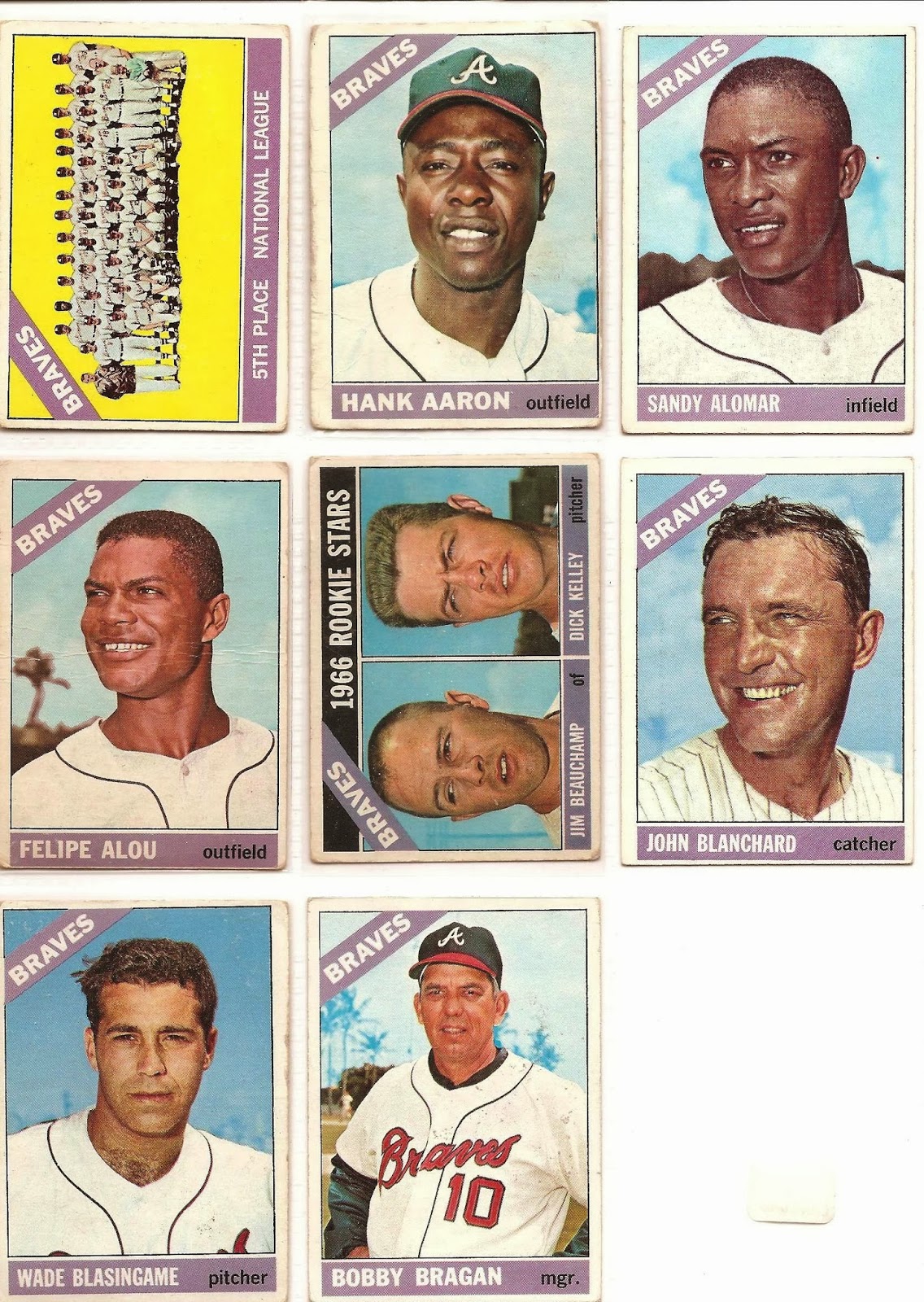 Above, we are missing the Cannizarro #497, and below missing Carroll #307 and Garrett #553 (the backwards card of Carroll is what I do if I have a card of the player wearing an Atlanta uniform. I try to use the earliest possible card until I fill that spot. I need three (3) each of the missing 1966 Braves.

The booger was the Aaron. 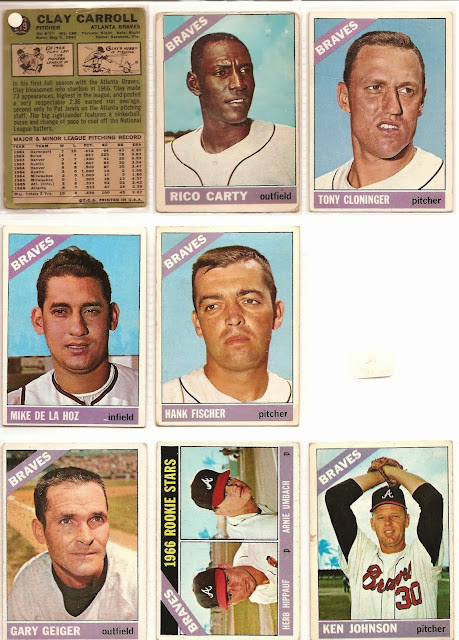 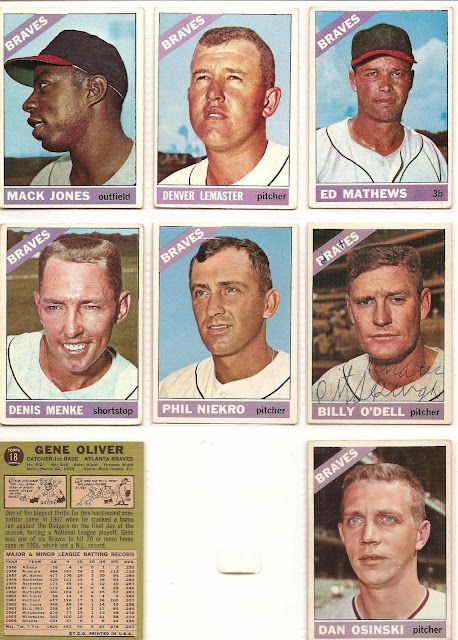 and for the last page of the 66s 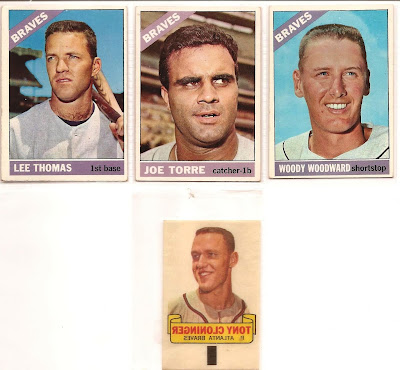 I picked up that rub off at the flea market for a buck, it is the only one I have. 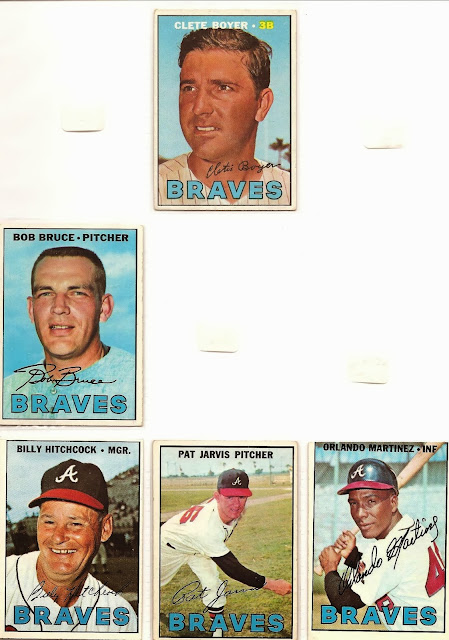 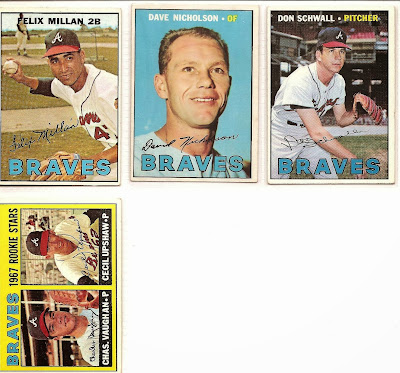 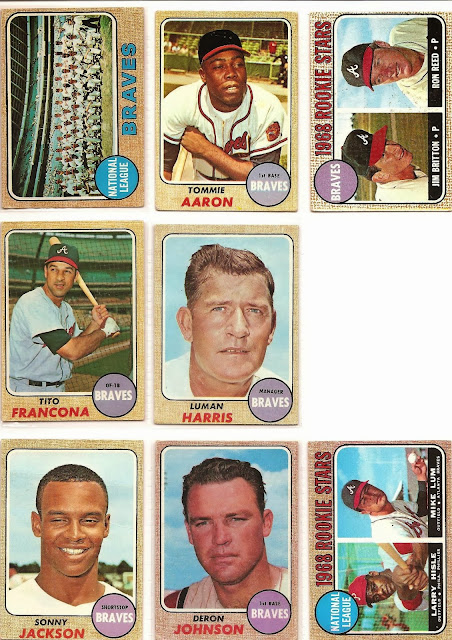 The spaces are just because, I probably should fix that. LOL. 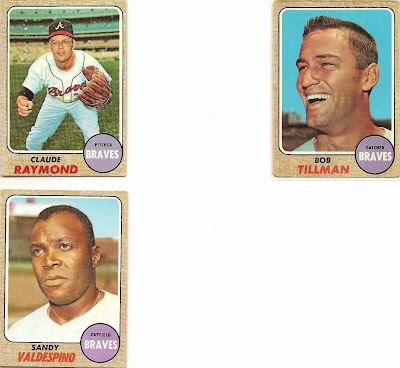 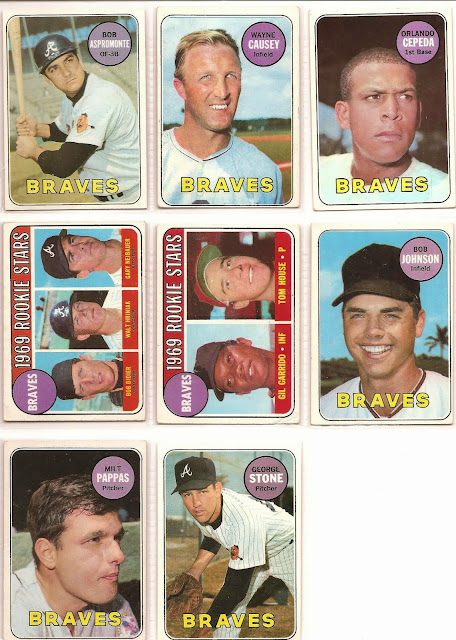