A few weeks ago I posted about an Ebay win of 50+ unopened packs.  I won them for $9.99, however shipping was $15.25. I figured they’d be coming in a medium flat rate box, they did not. They just came Tuesday.  But here is what was inside (in the order that I opened them): 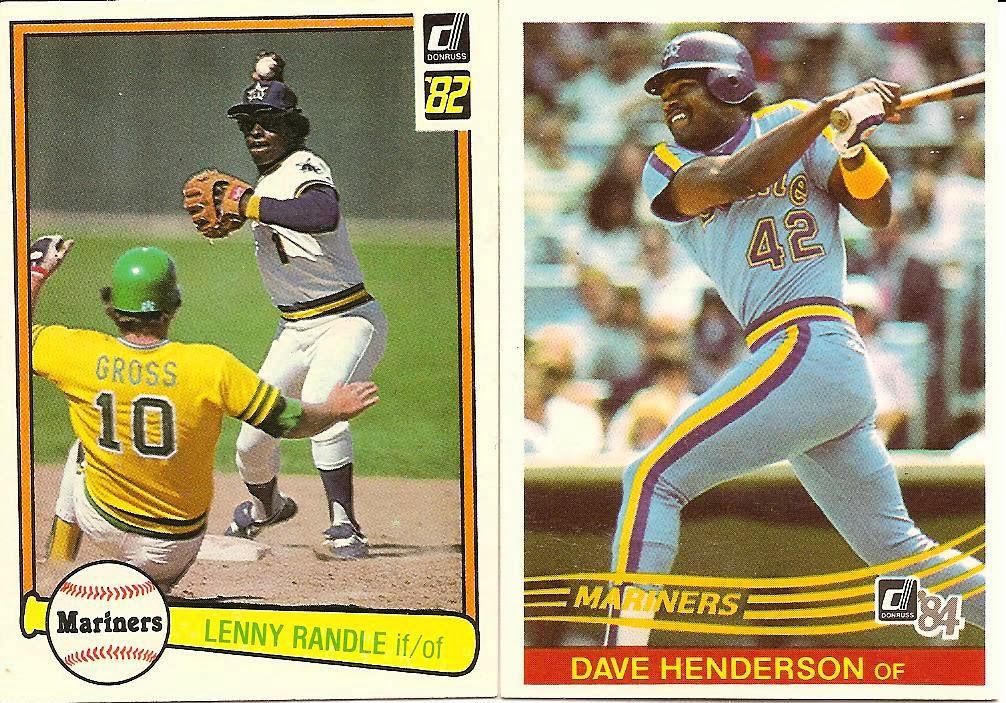 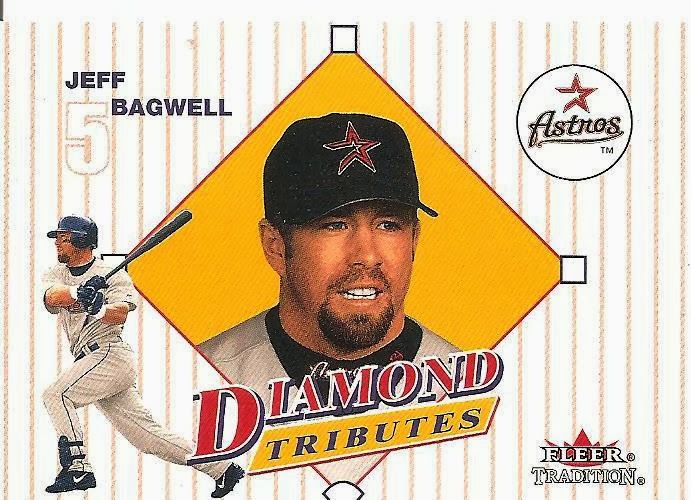 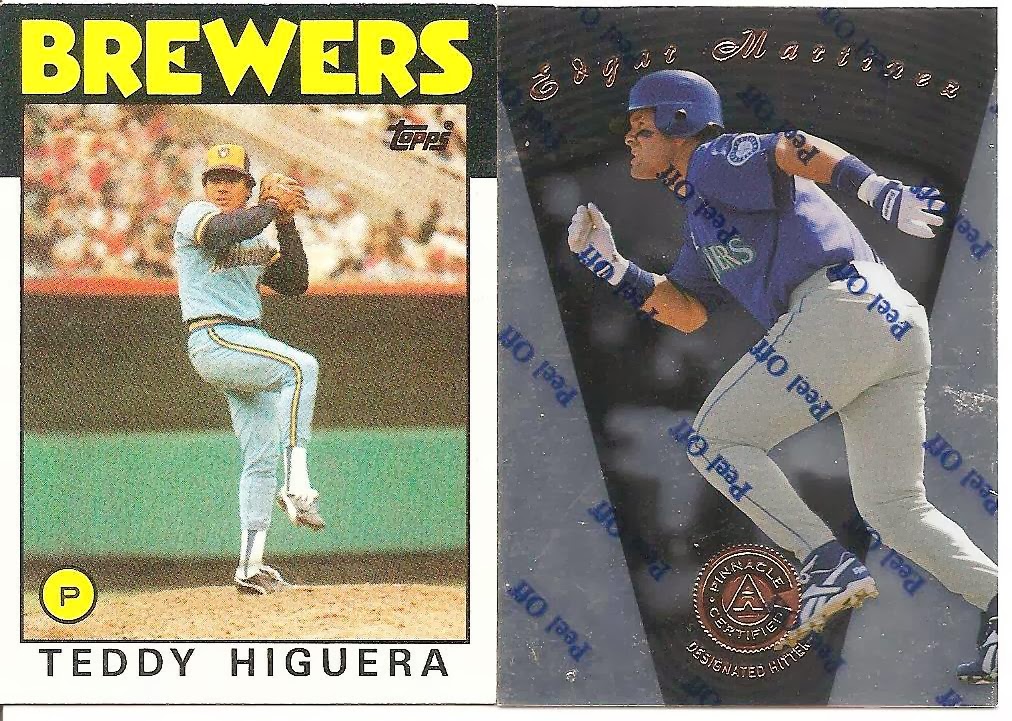 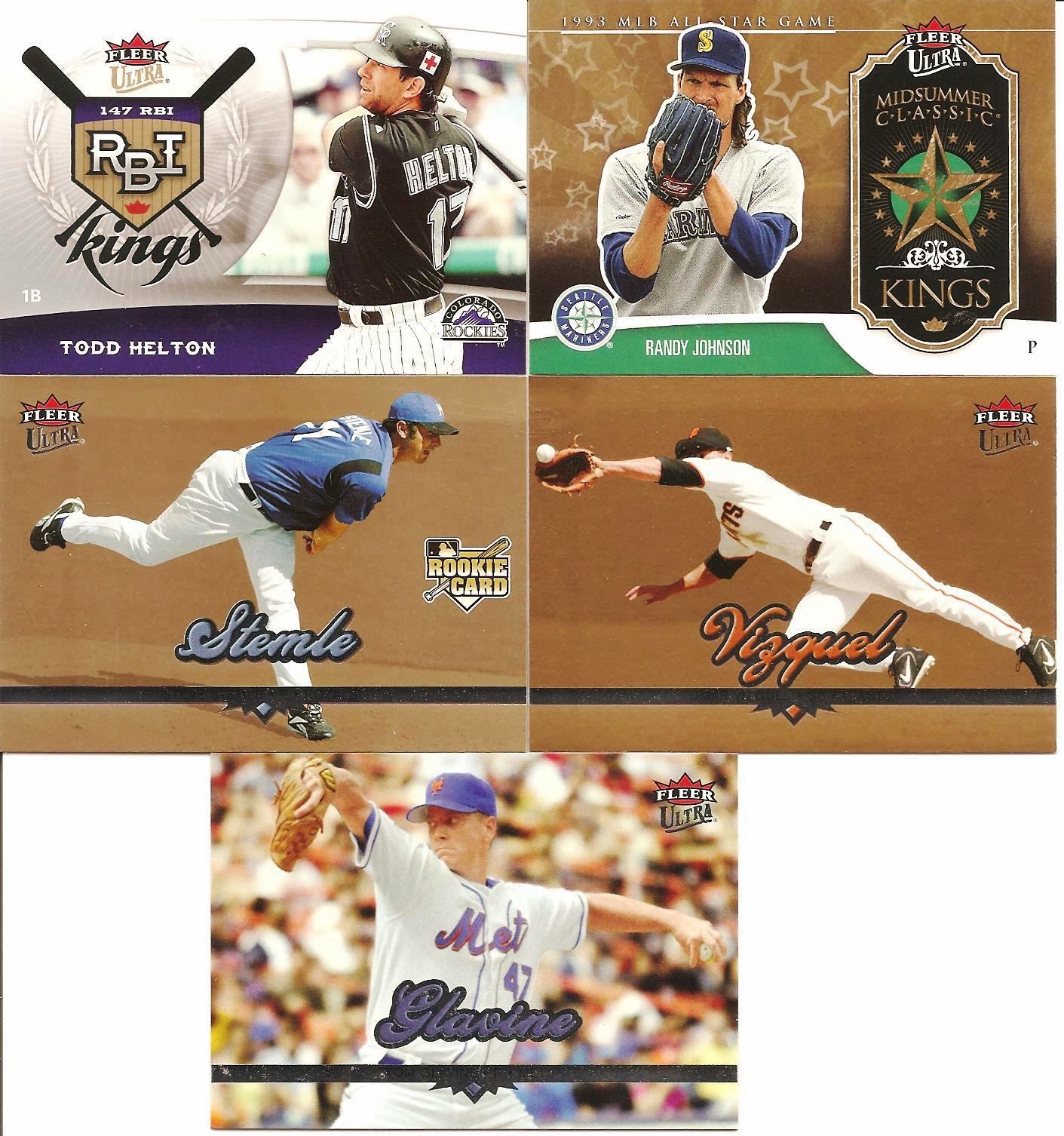 Not starting out so well. 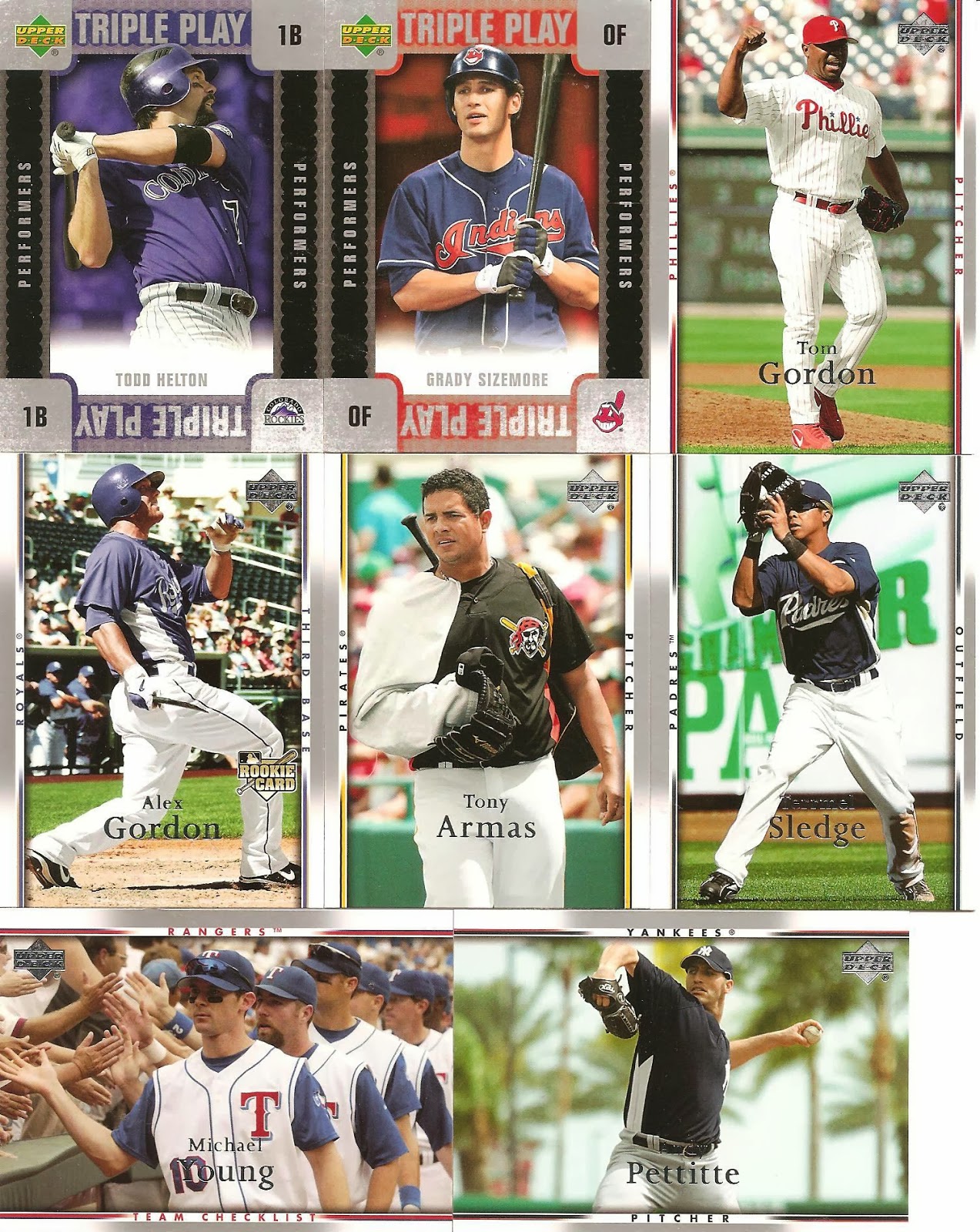 I like the Gordon fist pump (another mini of mine), nice Armas card with the bat in the bag shot, and of course that's a great shot of the Rangers Michael Young card.

5 packs of 2005 Upper Deck First Pitch (.99 5 card packs)
A Thomas,  Jr,  cool Cabrera card ("PLAYN DIRTY" another future regular post and mini of mine), check that hat on Furtunato, and a throwback. 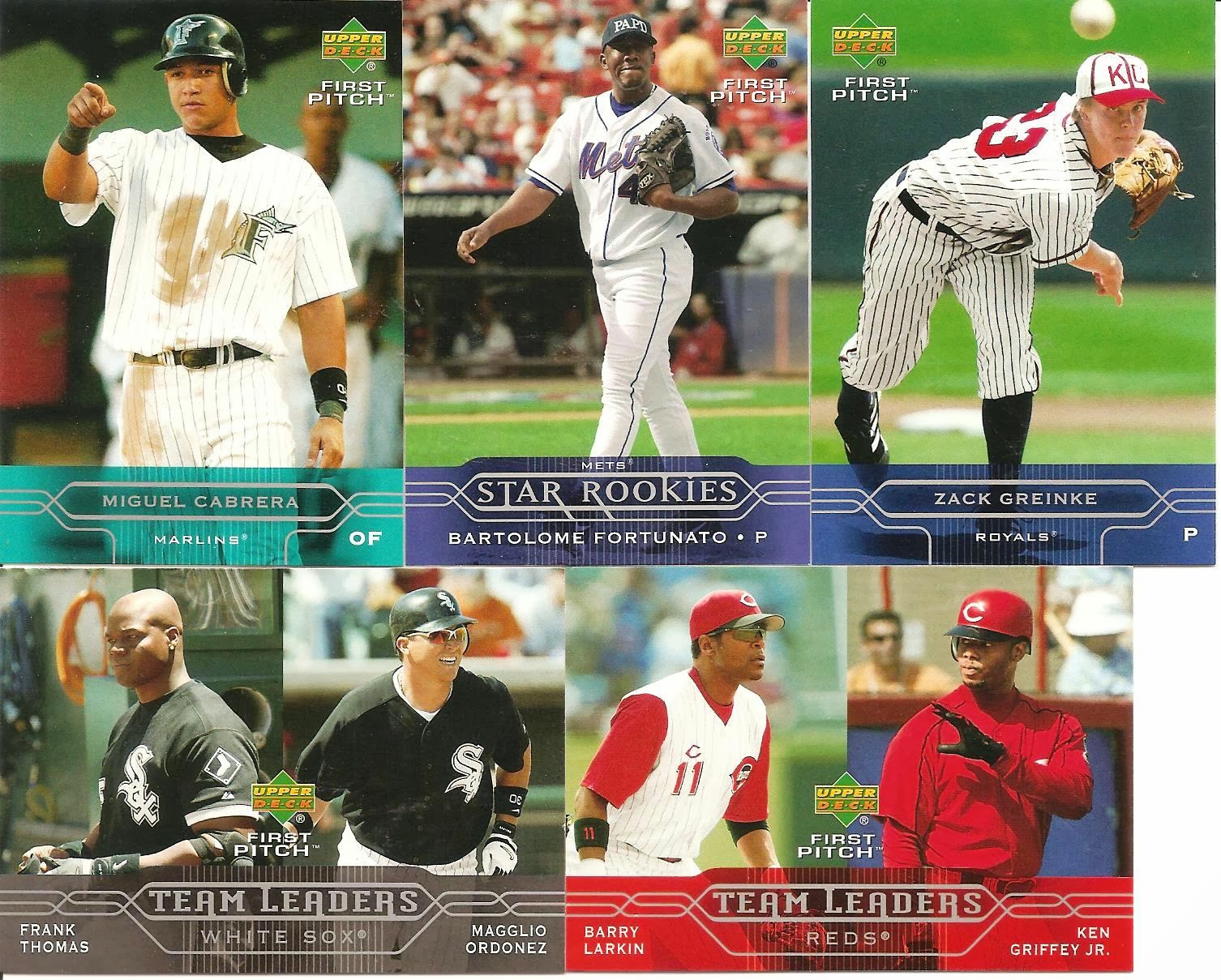 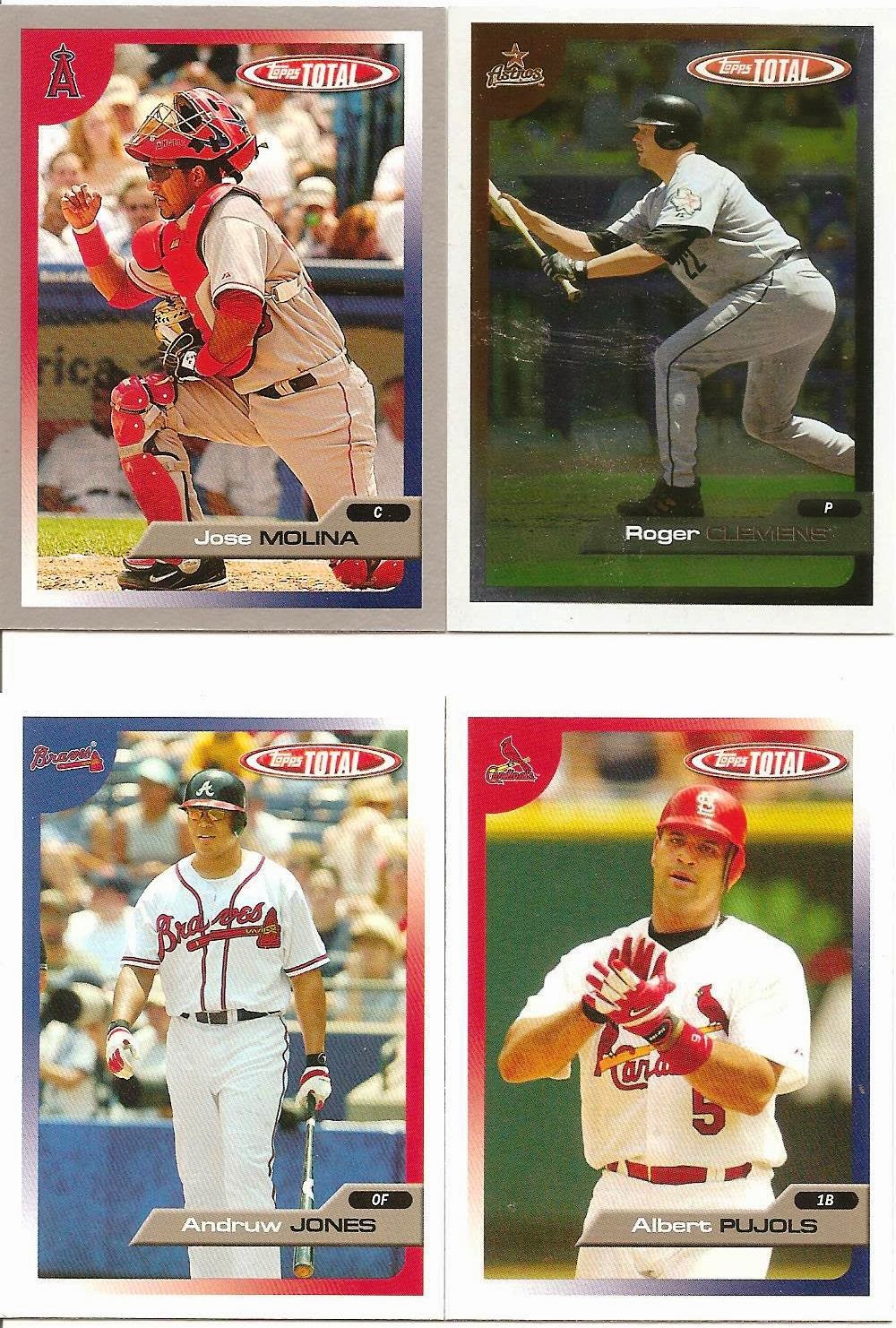 My first Braves card, yeah. The Clemens is an insert of some kind its shiny and he’s at the plate bunting. The Pujols made the scan because he had the highest rating (9).

Maybe this deal is turning around.... 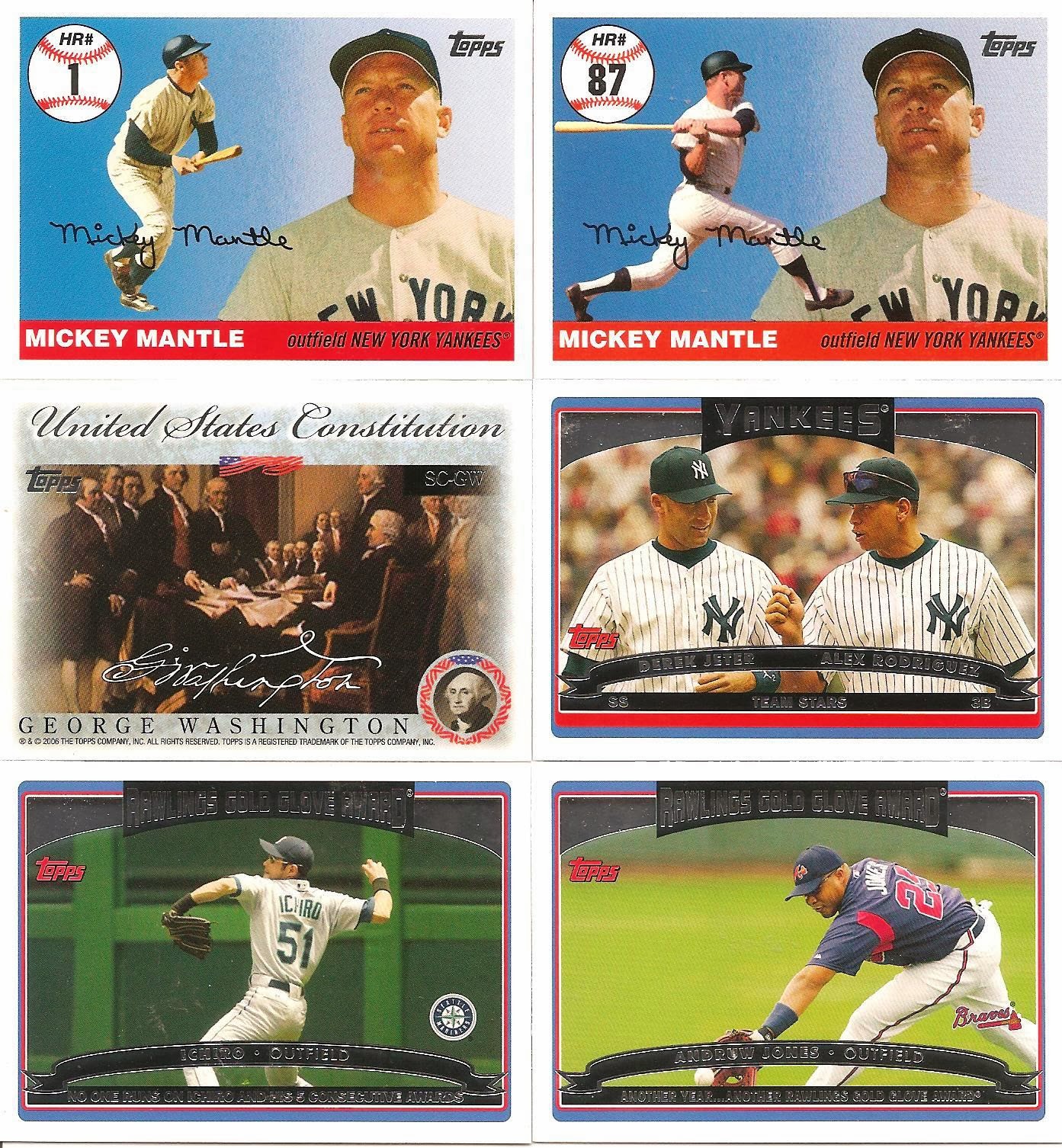 Series 1 packs netted another Andruw Jones Braves card, a Mantle insert HR 1, Bonds insert Hr 684 (ha), Ichiro, and a Jeter albeit he was paired with Arod. 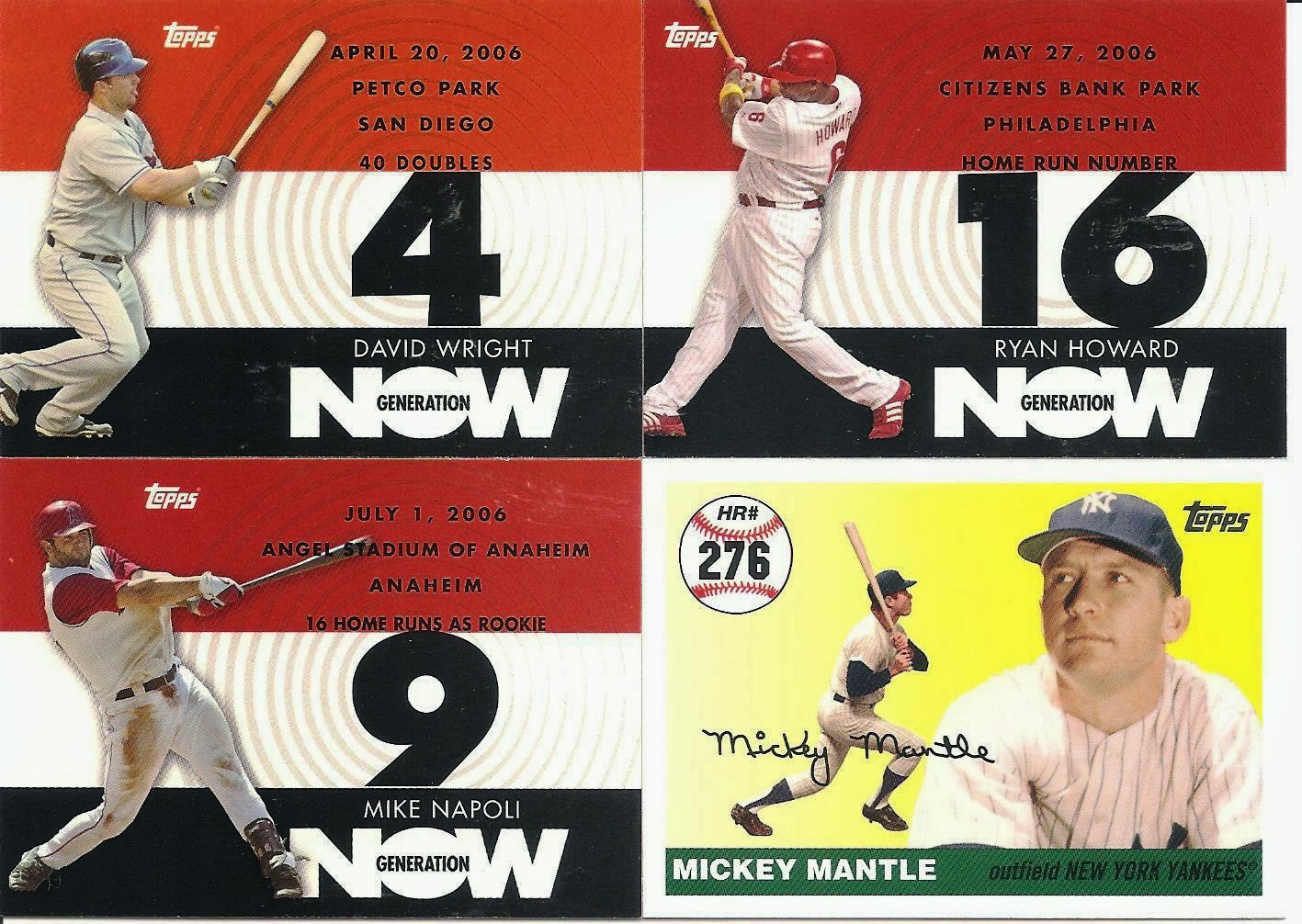 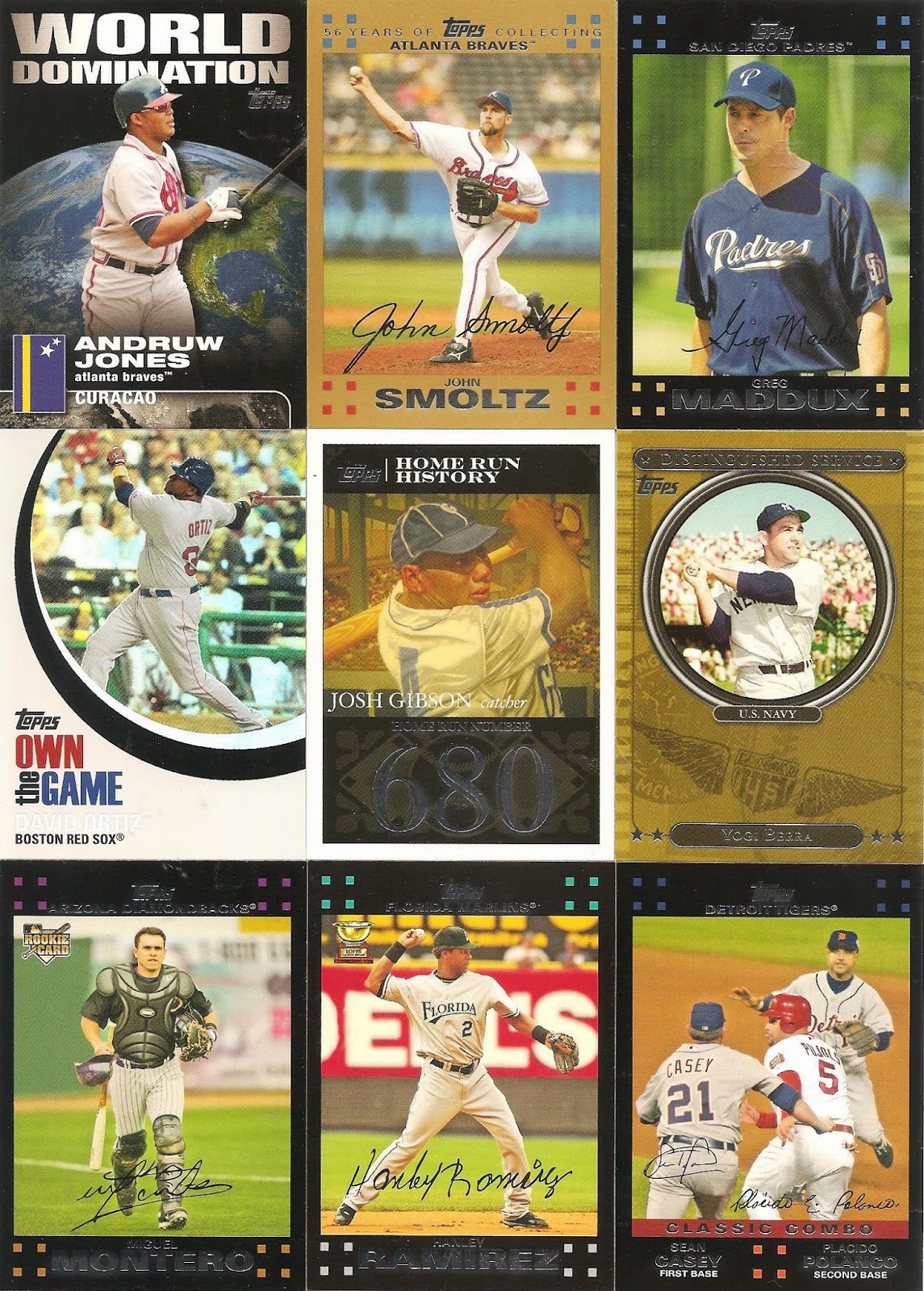 The break down is as follows (what came from what).

2009 Topps Series 2 Blaster box 10 packs 8 cards each and a Commemorative patch, and 2 individual packs of series two 12 cards each. 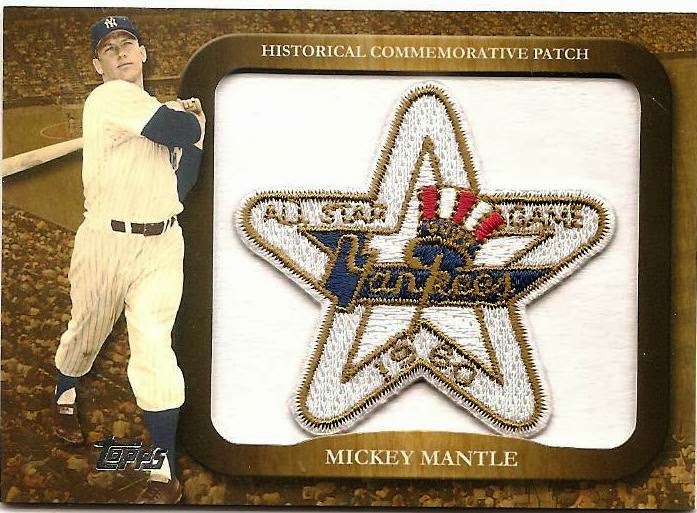 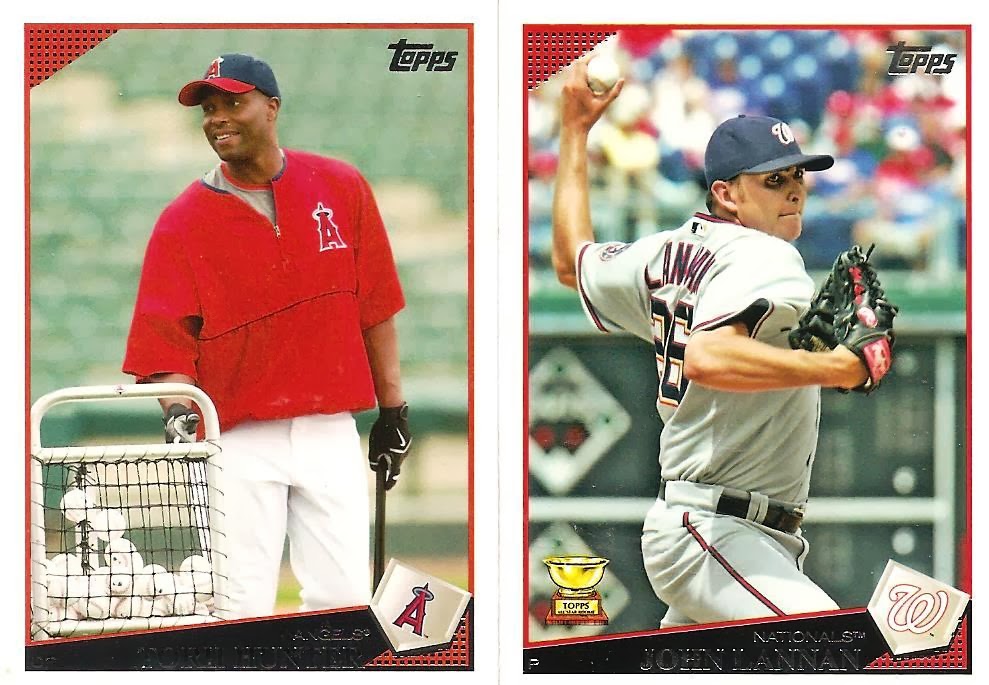 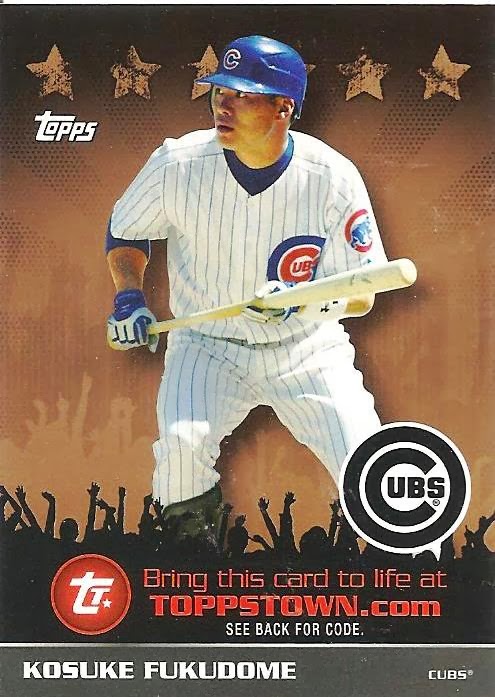 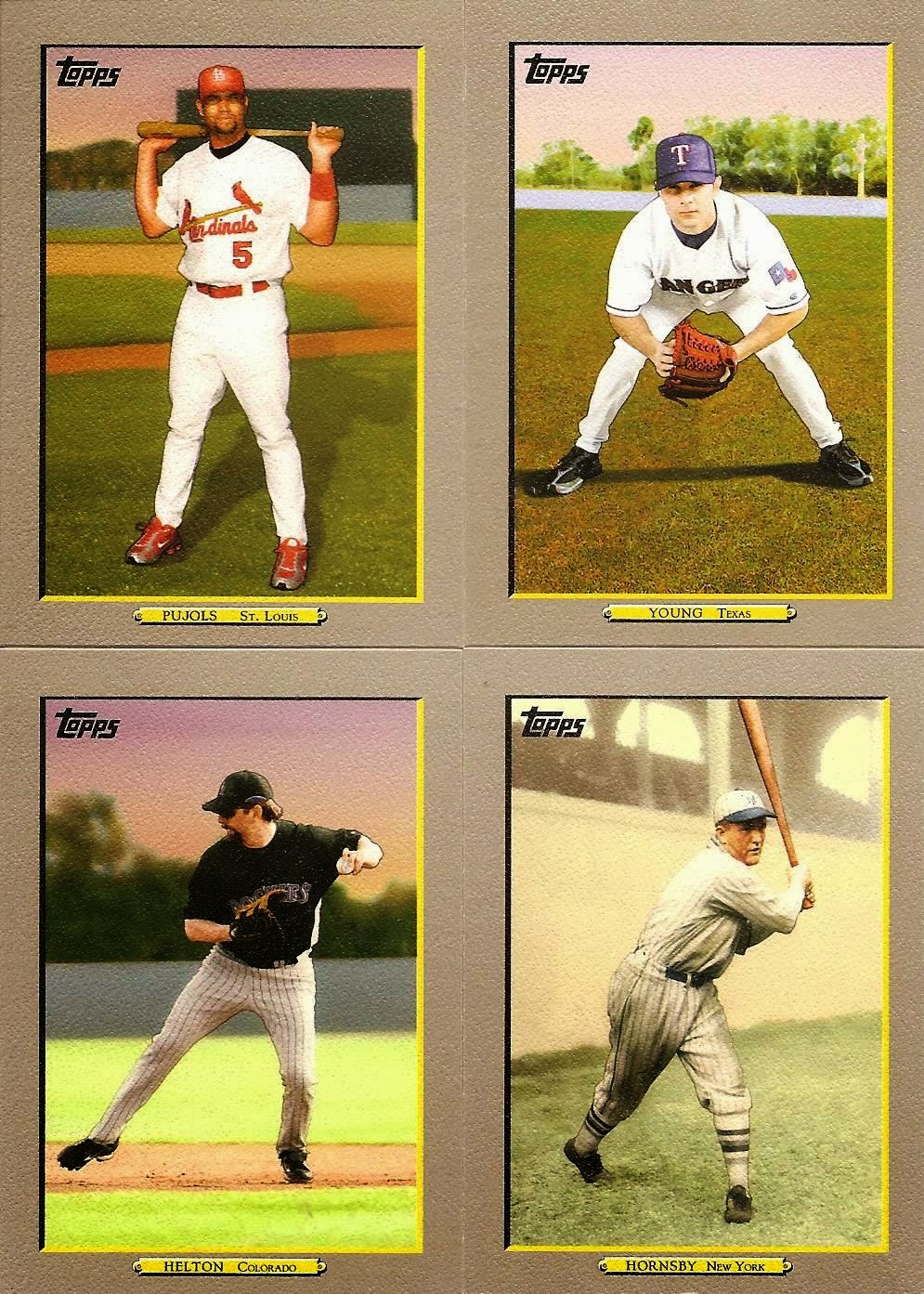 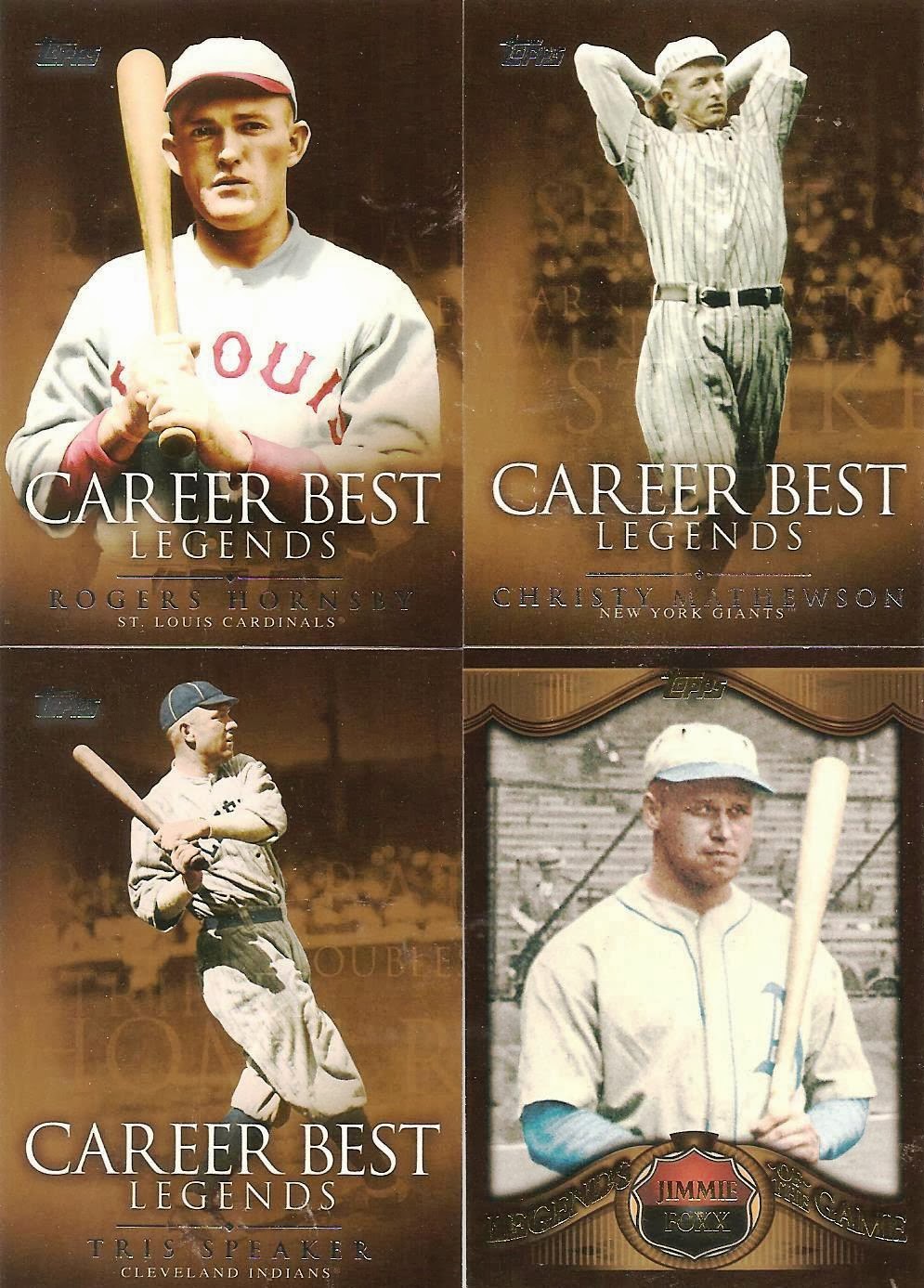 Favorite of all 54 packs, duh the Mantle Patch, and it's not even a KEEPER.
Posted by Johnnys Trading Spot at 9:02 PM