I have broken the Millennium decade down so that we are not loading too many pics. This is where I need a whole bunch of Braves. Any help greatly appreciated. I have lots to trade. 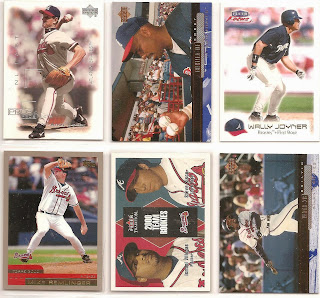 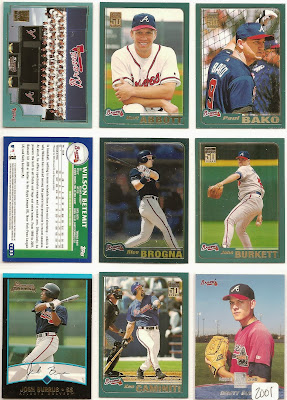 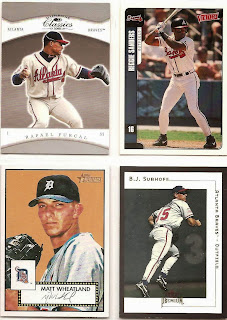 For the year 2001, I need the following players in Atlanta uniforms: Wilson Betemit and Terry Muholland. 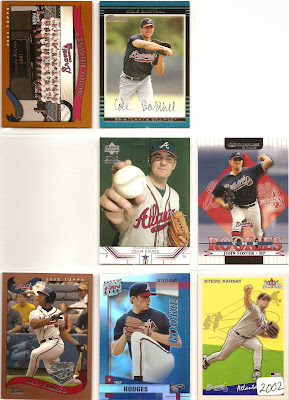 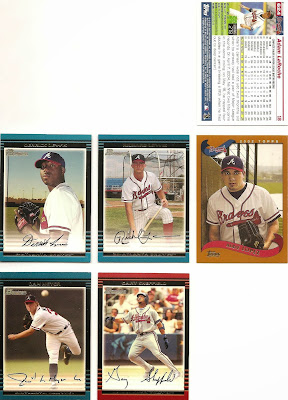 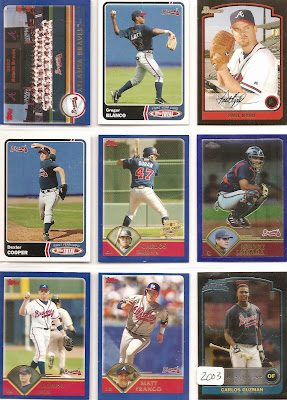 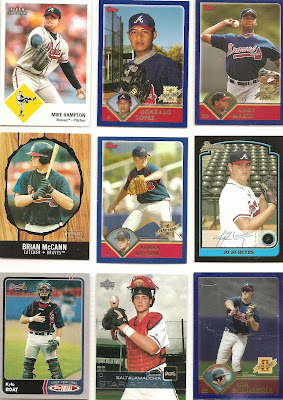 Not sure which one I like the best above, the McCann or Salty. The Roat card is pretty neat too, don't know if he is hand over heart for the pledge or if it was something else as the look on his face is more of a "my bad" look.
I do need the following 2003 cardboard: Matt Harrison, Michael Hessman, Ardley Jansen, Jamie Romak, Jake Stevens, and Kazuhiro Takeoka.

I think this is the cut off for this morning. I will be promoting a contest of some sort for February or as soon as the Binder 1 posts are DONE.
Posted by Johnnys Trading Spot at 9:36 AM