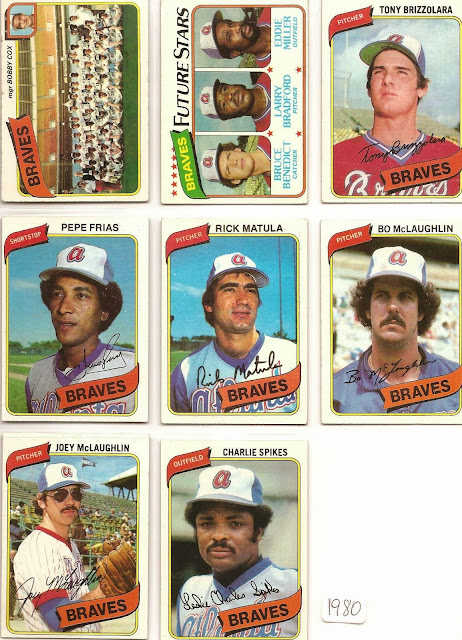 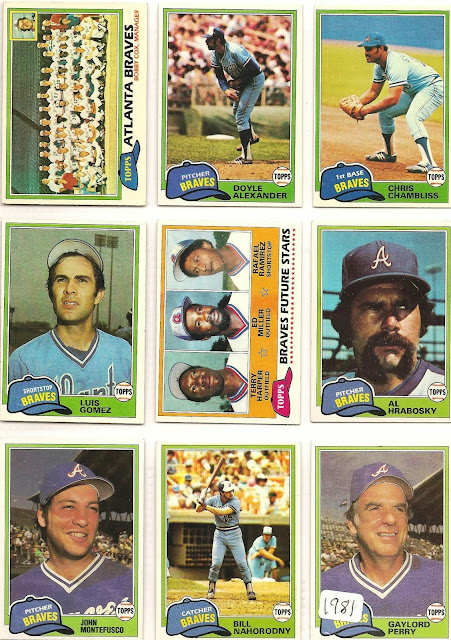 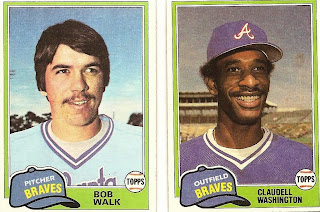 1982 brings us a Donruss into the mix with the Sinatro card. Missing the triple RC Topps #502 (also noting that I haven't been able to find a Braves team card by any card company from 1982 until 1987 and that is just a leaders card). Won't be another one in this binder again until 2001, Wow! 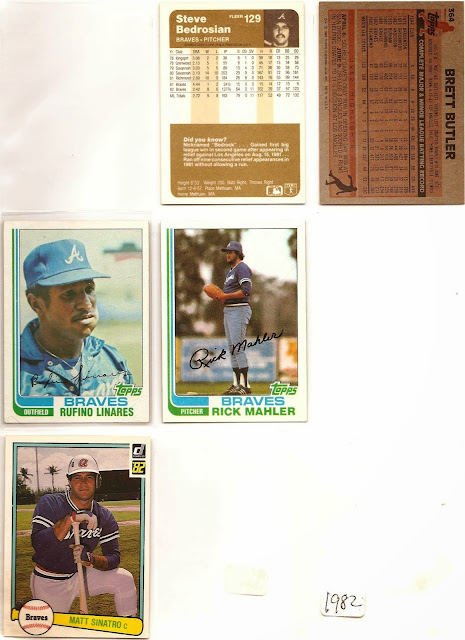 I plugged a temporary Bedrosian and a Butler in above, and I don't have a temporary Owen. It is sad there is only 4 "new" first cards for 82. 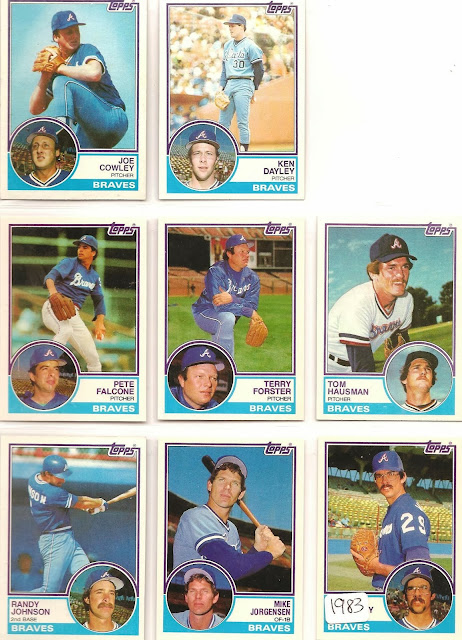 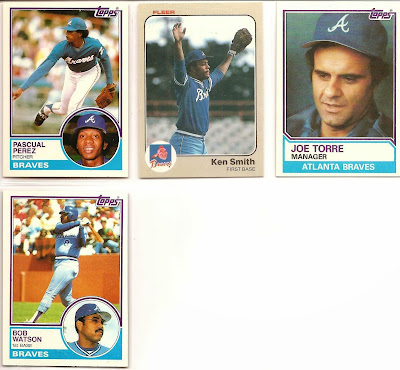 1984 has a few more Donruss even more so than Topps, and lets face it they look better too.
Missing 2: Topps Traded #85T Oberkfell and #120T Trevino. 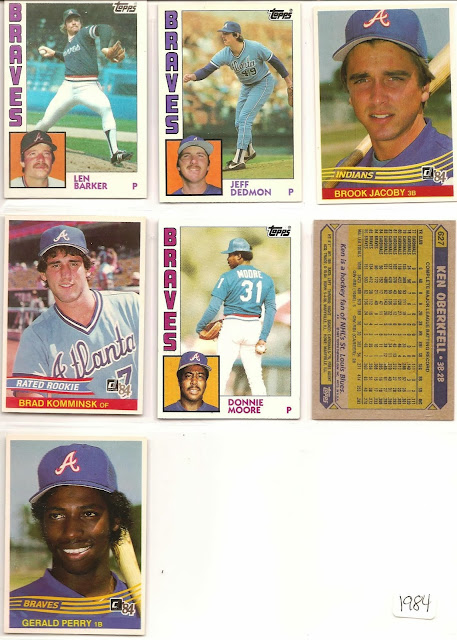 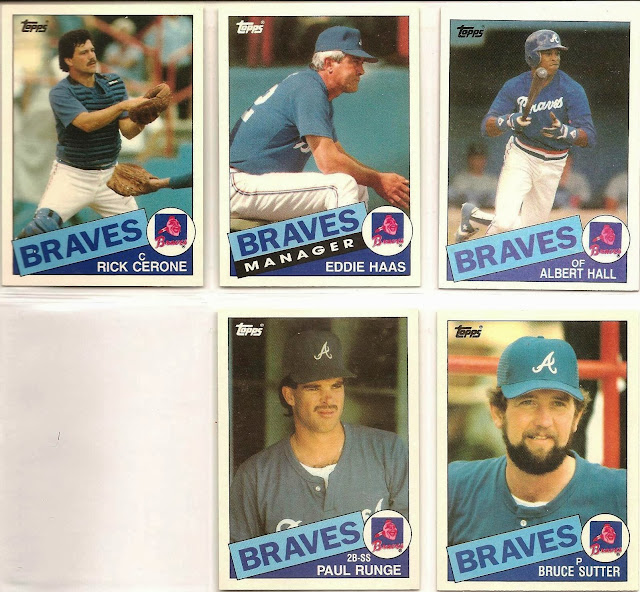 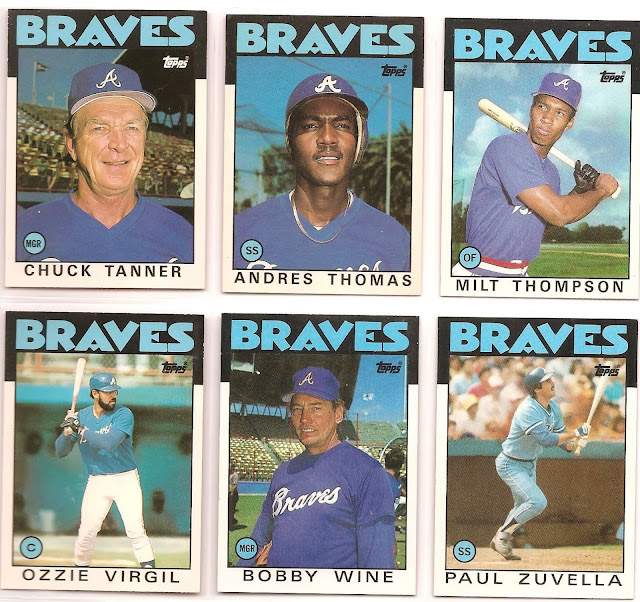 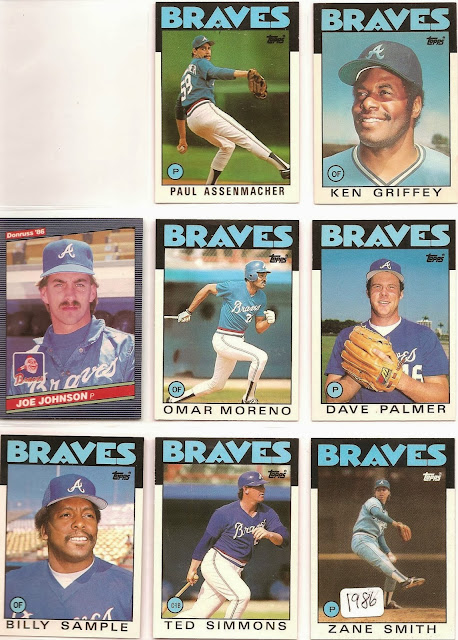 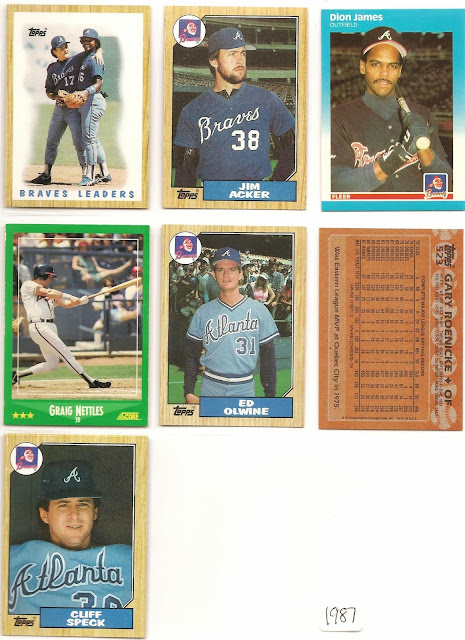 1988 has 4 card companies. I have the Chuck Tanner Traded cards as well, but forgot to flip the page. 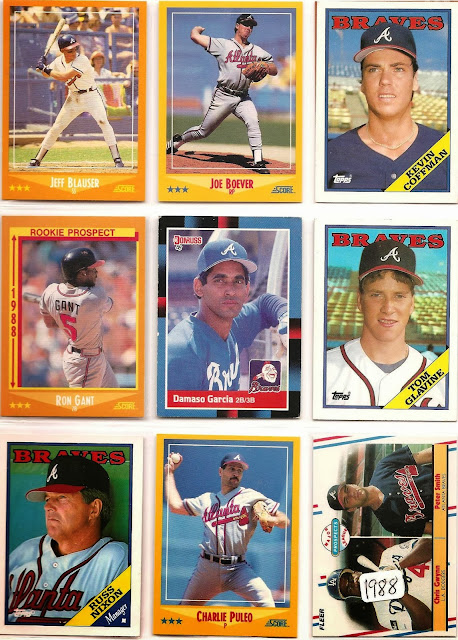 Closing out tonight with the 1989 which are mainly the Upper Deck variety for obvious reasons, and reminding all that the 1990 alone is comprised with cards from 11 different sets (counting the traded sets).. 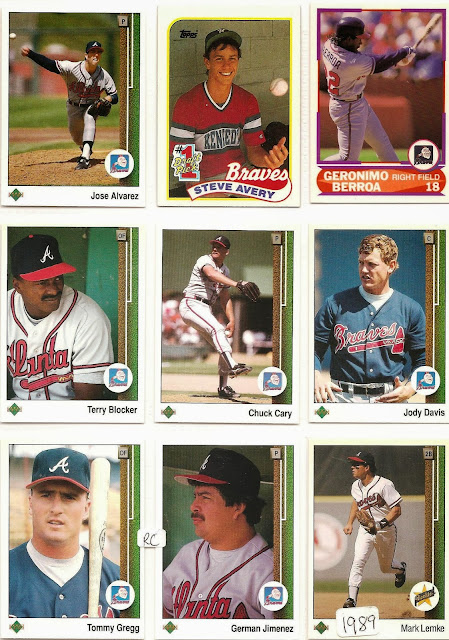 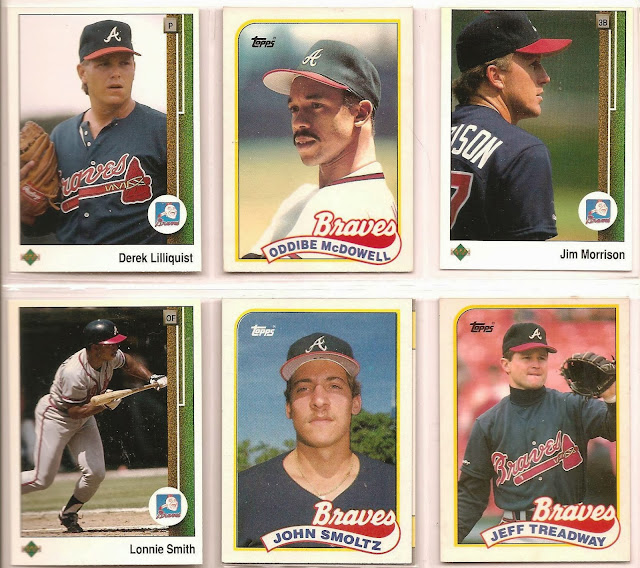 Posted by Johnnys Trading Spot at 12:19 AM