We'll be done with Binder 1 before you know it.

2004 is made up from 9 different sets, nice. So let's begin. I do need cards of the following players, again any card company, just the year and an Atlanta uniform is what matters. 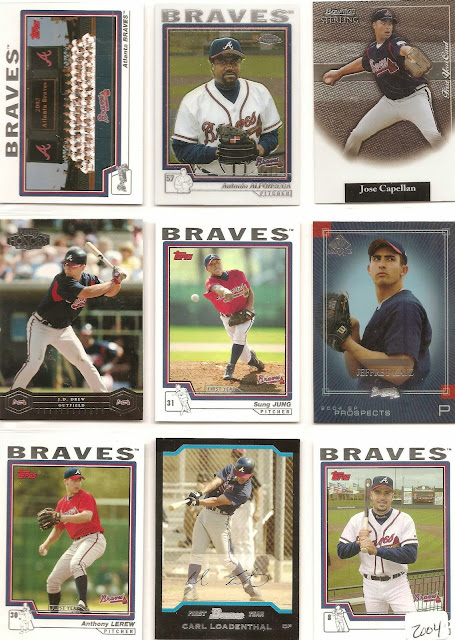 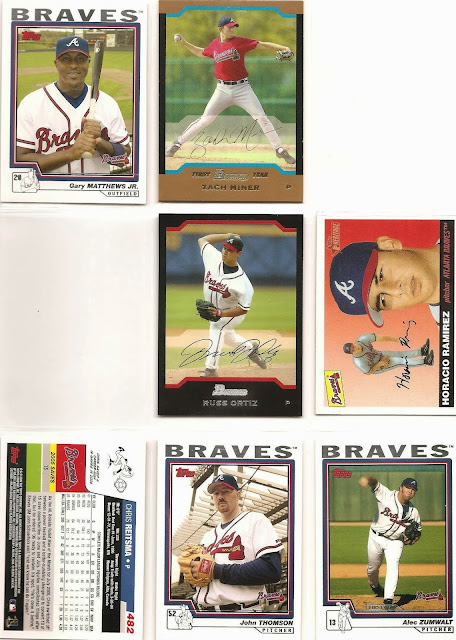 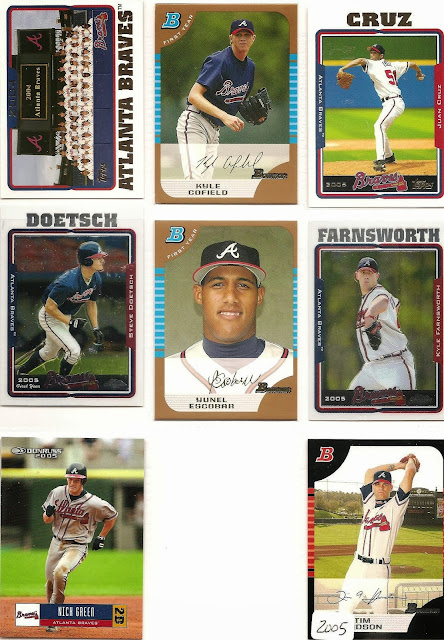 I like the Mondesi card a lot, it was taken at Spring training as you can tell, but still different and cool. 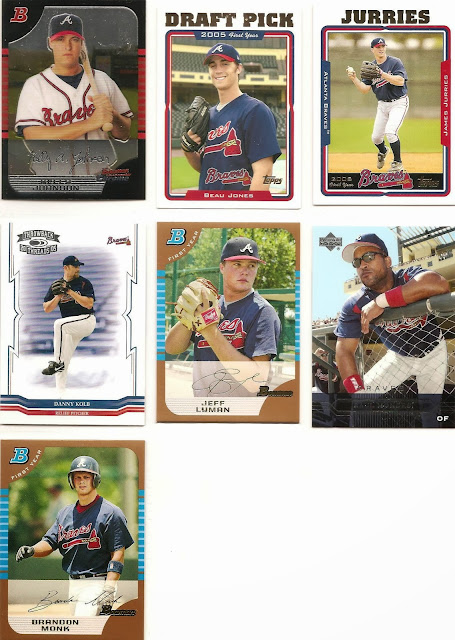 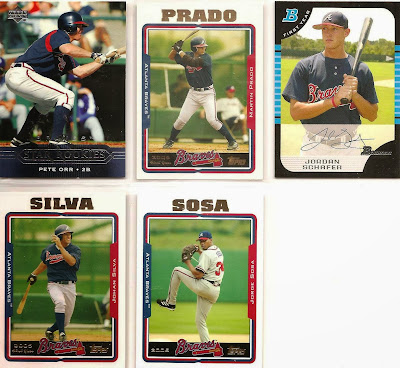 I need these 2005 issue players:
Cole Armstrong, Kevin Barry, Luis Hernandez, Chuck James, Bill McCarthy, Davis Romero, and Chris Vines.
I will put some more up tonight after work.
Posted by Johnnys Trading Spot at 8:36 AM