I've been throwing hints to my buddy Bob that we should find a card show and just go. I knew he wouldn't shut down for a weekend, but still I tried.  Finally, I decided to find one myself and go. IT IS ALL YOU BLOGGERS FAULT TOO!  You would think that there would be all kinds of shows here in the sunshine state advertised. I found only a few different show locations that repeat themselves each month. The closest one (that I was willing to go to) was a 2+ hour drive each way. I can't stand Jacksonville (too many bridges) which is apx. 2 hrs as well. Off I went headed south last Saturday June 6th, 2015, my only fear is that it would be a very small card show.

Sure enough, it was very small, 7 vendors in total with 4 of them with what they had out could have fit on the passenger front floor board of my Corolla (my Expedition would've had way too my room) for all 4 of them! The other 3, well 1 had about as much as the other 4 all together. Leaving just two vendors one being the promoter himself having 2/3 of the room with only a small portion of what he had in his moving truck. Let me say that I was NOT disappointed though.  No, not in any way shape or fashion. In fact, I spent from 9 am til 2.30 pm at his tables, leaving only 30 minutes for the last guy. For this series of posts we will refer to them as vendor 1 and vendor 2. BTW, #1 just happened to be named Bob.  I will say right up front I left there with 1,430 cards total. No, I won't be showing them all, maybe a third broken up into many posts whereas 99% of them came from BOB vendor 1.


I am starting with the first cards that I scooped, and this was the very first card. But, know this..... first my attention was to check out any bargain boxes, whether wax or otherwise and then head to the vintage and then the priority was to shop for Greg aka NO. I wanted to put together a nice package for him as it would be our first trade albeit blind. 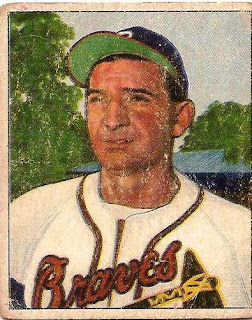 Whoa, 1950 Bowman Braves Sid Gordon #109 $4, done.  My mind and eyes are wandering and wondering over the dozens of vintage binders and what was inside them. I knew that time would be hard pressed to hit these binders and to go back to what turned out to be a single nickel box and 3 quarter boxes of baseball.

Then Bob vendor 1, points to a specific binder and says "these are heavily discounted." 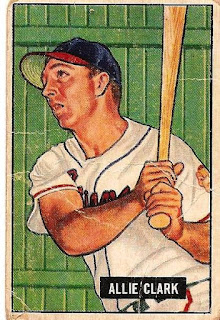 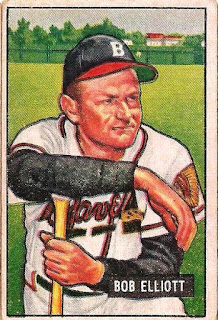 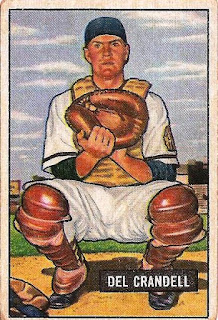 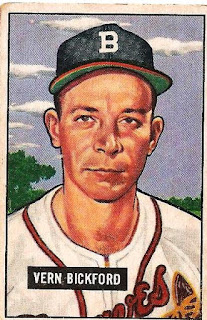 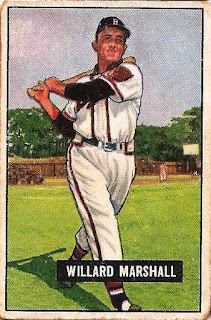 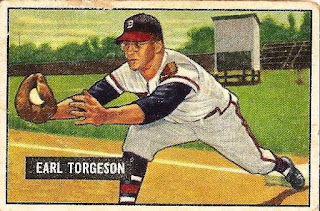 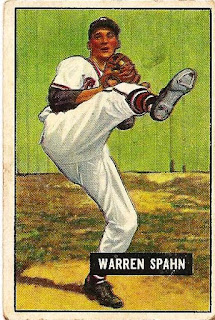 Yowzers!  This card does have paper loss on the back, but heck why would I care about that. 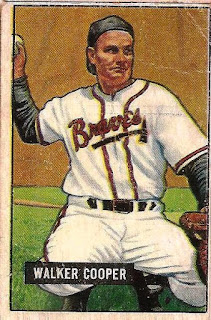 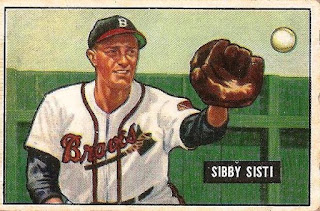 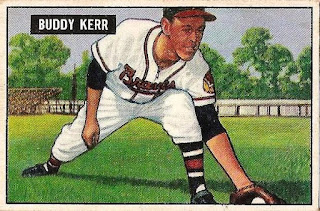 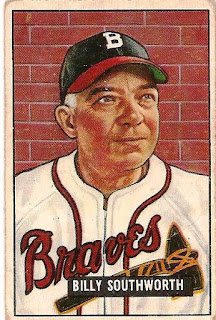 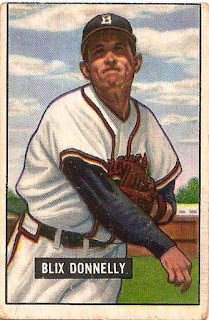 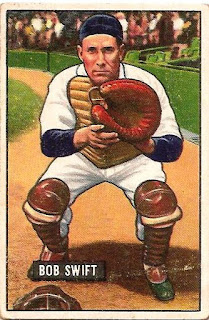 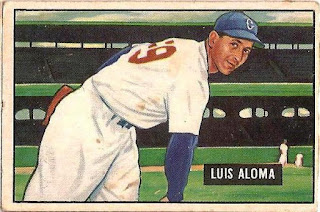 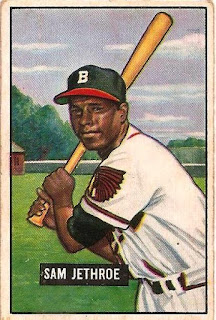 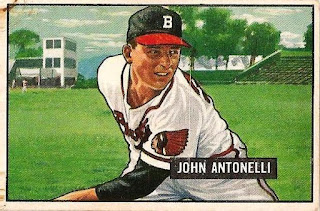 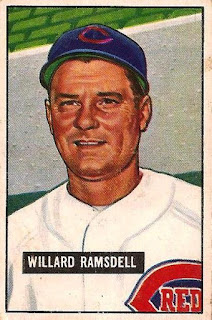 A few have creases (I auto corrected so that you can see the flaws on the ones that had some) 3 or
4 had paper loss on the back. That was all the braves but 6 cards and they were in there too, 5 rookies and Johnny Sain, but it doesn't take long to add up to big bucks, and I wasn't wanting to be done, so I skipped those so that I could grab more cards and I knew I wanted to hit those boxes I mentioned earlier.

Calling this the end of part 1. Will have Part 2 tomorrow evening.


Posted by Johnnys Trading Spot at 9:36 AM