Okay, are you ready for part 2? I hope so, but first a word from our sponsor.....Me..... Normally on this day I would be posting all of my FLAG cards, and athletes that share their birth day with Flag Day. However, due to wanting to get through all of the posts from this series before July 3 when I go back to this show (lol), I have limited it to just one flag card (it was sitting on my desk waiting to go into the binder) and just a few players. We will start with those, then move to PART 2. 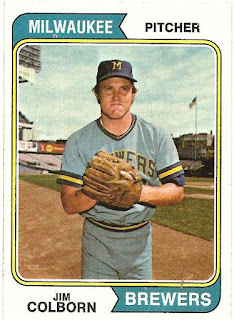 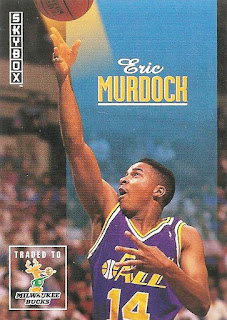 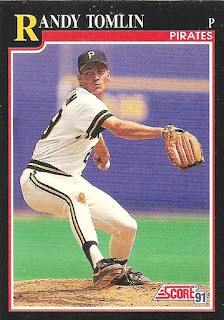 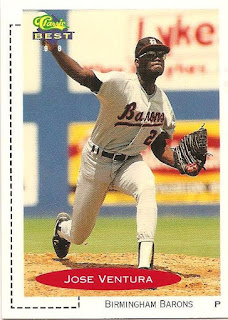 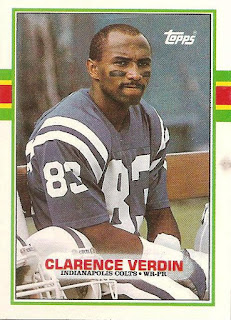 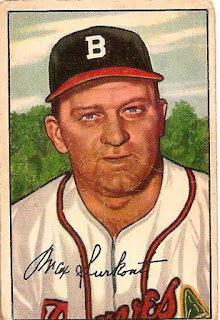 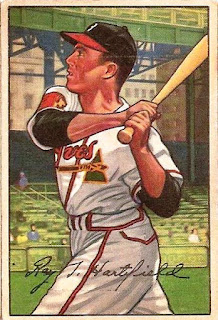 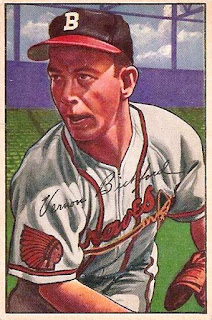 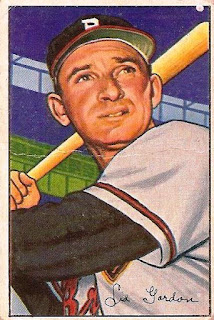 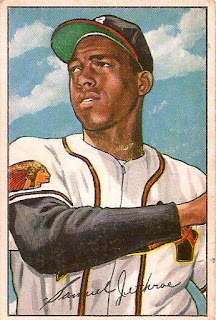 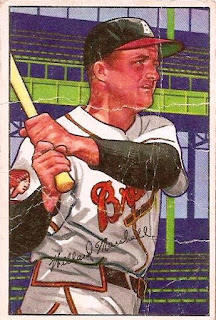 Probably the worse conditioned card I picked up. He only wanted $2 for it, and then still discounted that! Who wouldn't take it for a buck? 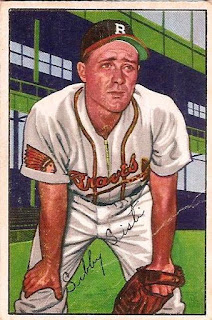 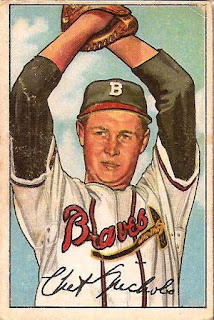 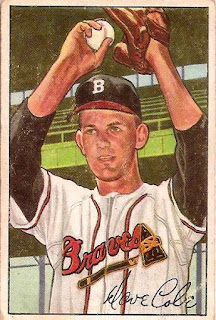 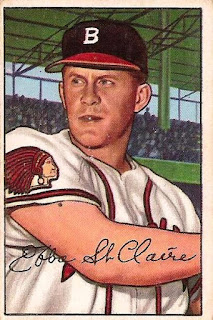 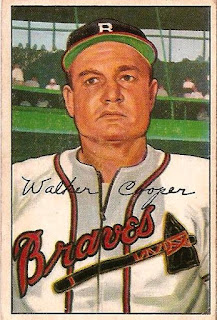 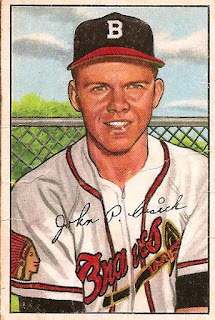 Like the 51 set, he probably had the entire Braves team, but the rest were a lil pricey for this trip considering I hadn't planned on spending more than twenty minutes with those cards (so I could get to those boxes) and wound in that one binder for nearly 2 hours.

You can only imagine all of the other non-Braves that I so wanted, but refrained and just window shopped them held them. I wouldn't be surprised if he didn't actually have the full set of 51 & 52 Bowman in the lesser grades in that binder.

Needless to say a trip I planned to get some goodies for Greg at NO is already in jeopardy. I made my deal on the Bowman and went straight to the nickel box. Now, the next post is NOT going to be those cards, well maybe a couple but not many. You will understand Wednesday as that will be the post for this series. Tomorrow will be honoring some trades that I got in, and other pick ups worthy of their time in the lime light.