Last week I mentioned that I had gotten a little yancy, bored even (see upcoming Wednesdays' post). So I placed a few orders, one of which was 3 boxes worth of single packs of 2013 Panini (Prizm, Hometown Heroes, and Cooperstown). Those arrived late Thursday 24 retail packs each.

I had a major itch to bust some packs, so I figured why not open something I never bought before.

Starting with the Prizm for tonight. 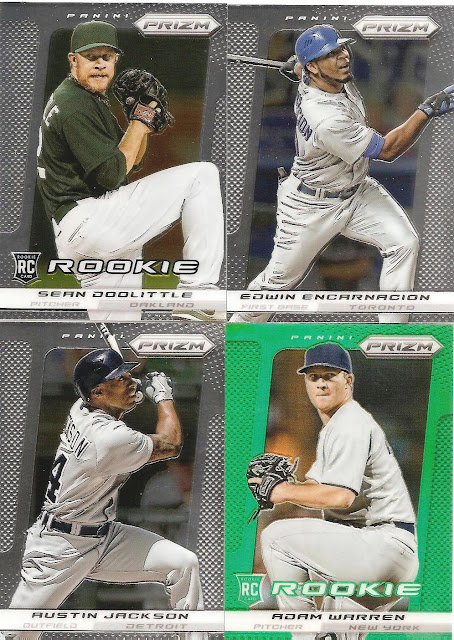 Green in the first pack I opened. 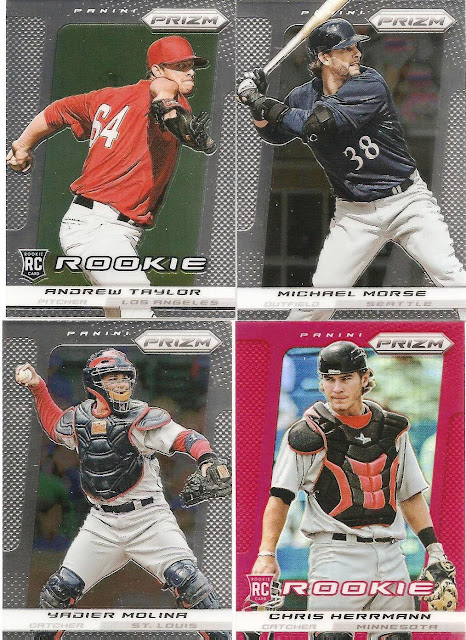 Red in the second, starting to get a good feel here. I really wish that they would put more than 4 cards in a pack, that sucks. 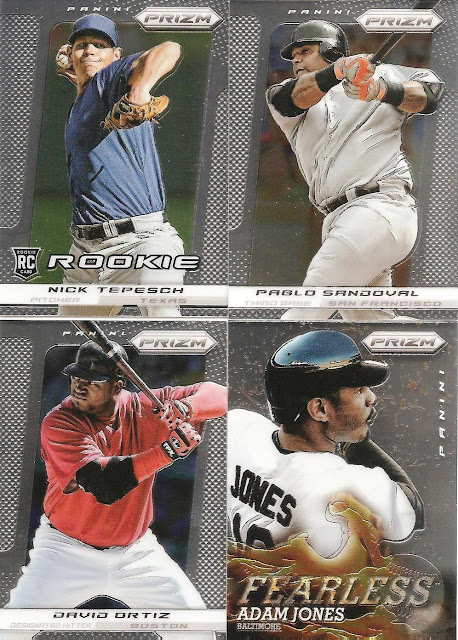 No color, but did get an insert and Big papi. 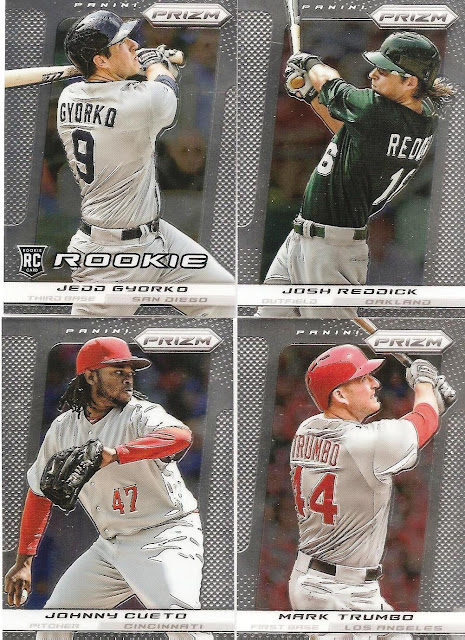 For some reason, I suddenly felt uh oh. 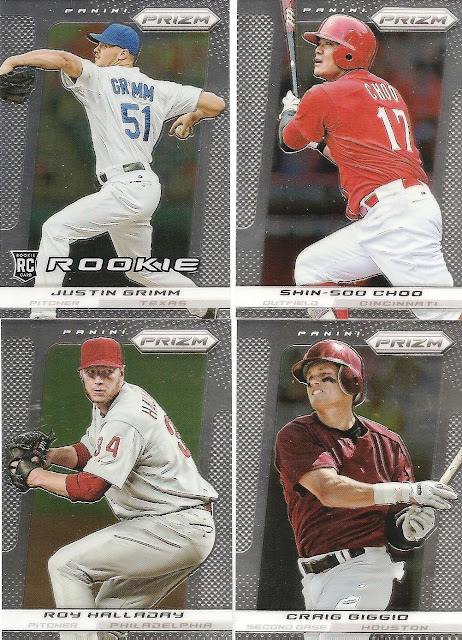 Yeah, 2 in a row no color or insert, but Biggio (HOFer & PC guy) and Halladay were okay. 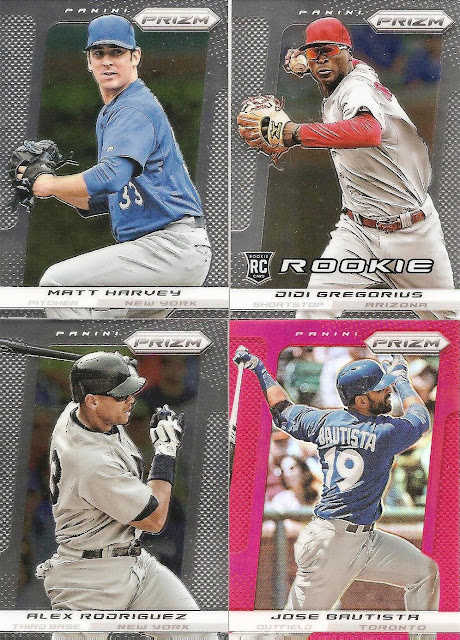 Ahhh, Red, Arod (something for the PCs), and Didi. 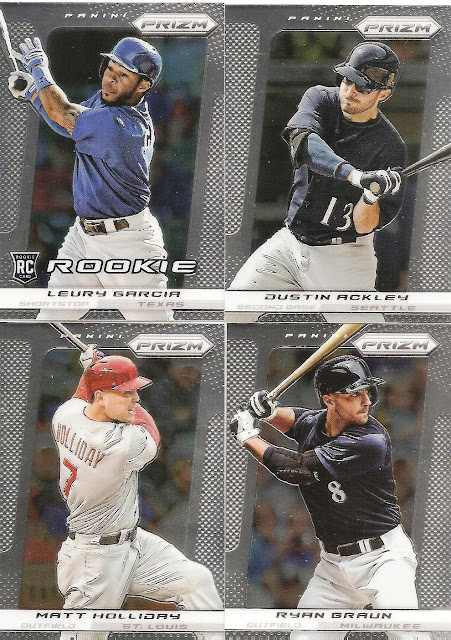 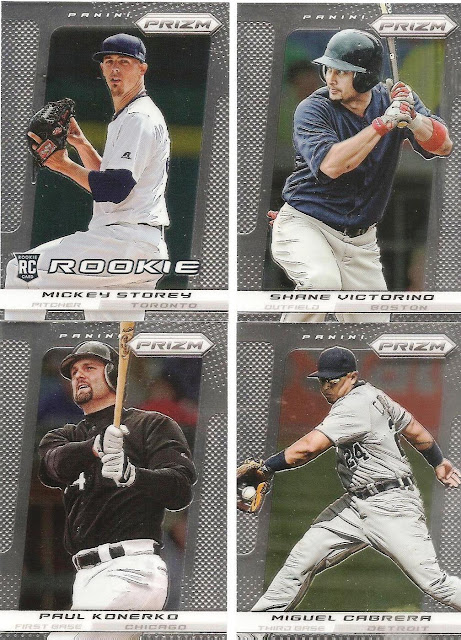 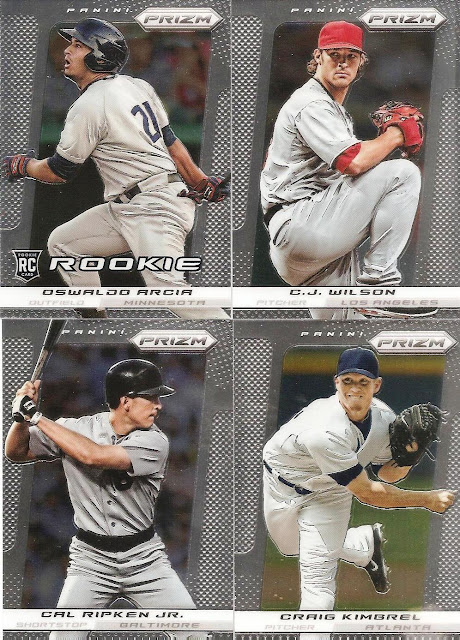 Cal and a Brave, yippee. But 3 in a row no color or inserts. The odds are against me. 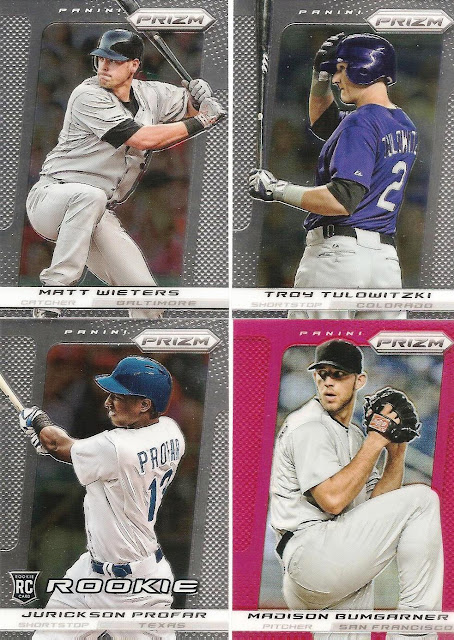 A Bum Red, Profar RC. Spirits up a bit again. 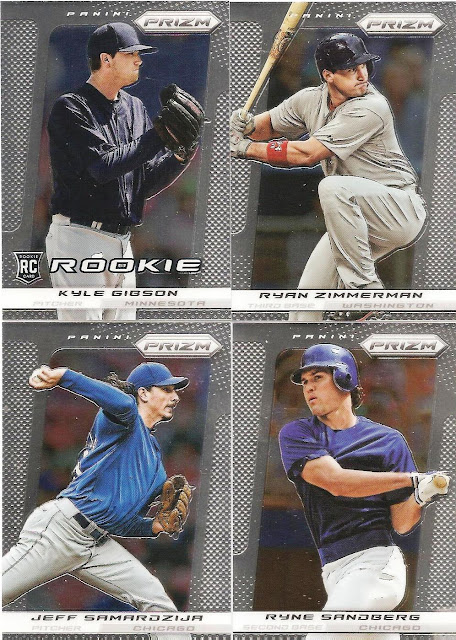 A pair of Ryne (Ryans) 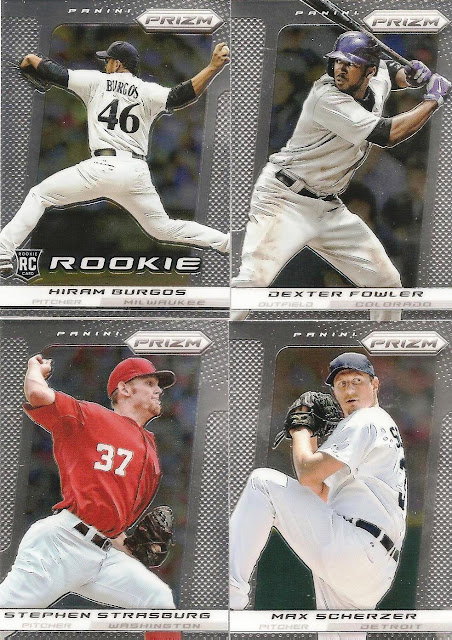 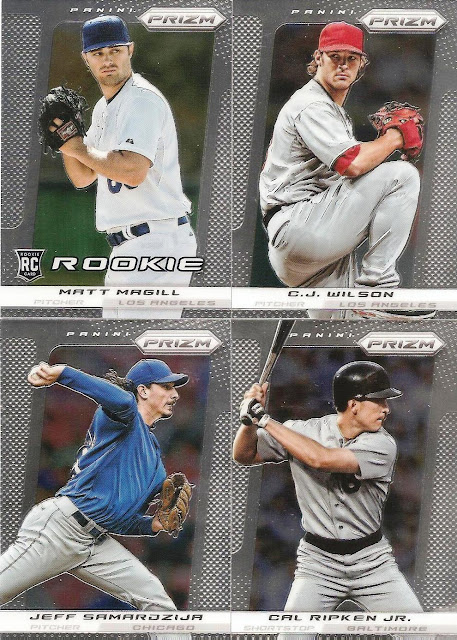 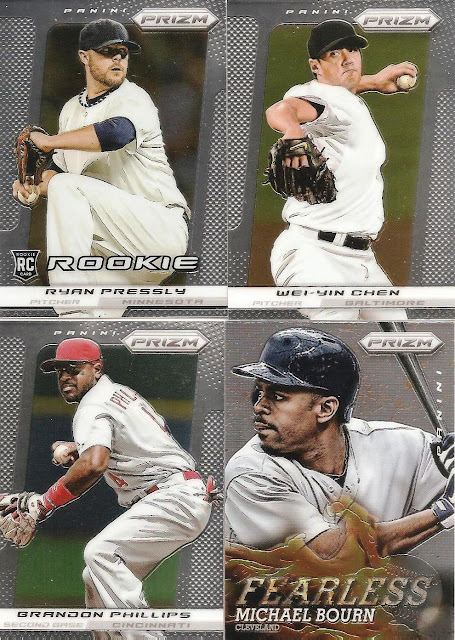 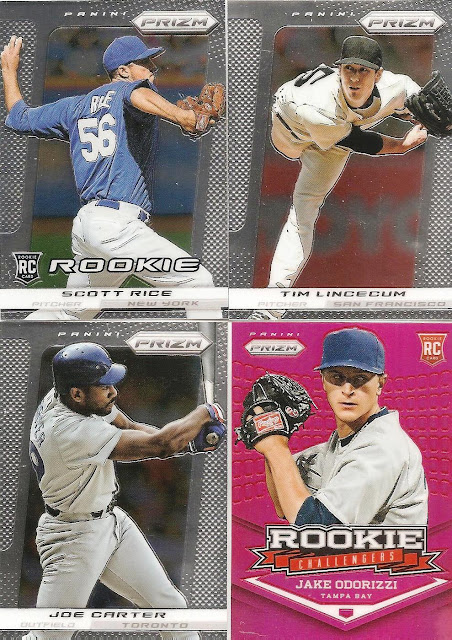 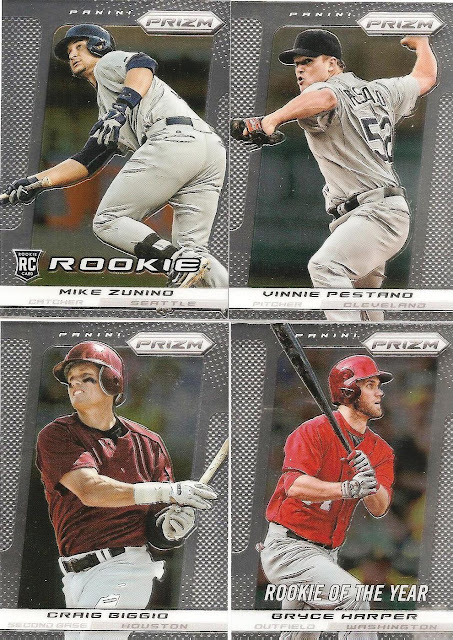 Bryce, and a dupe Biggio. 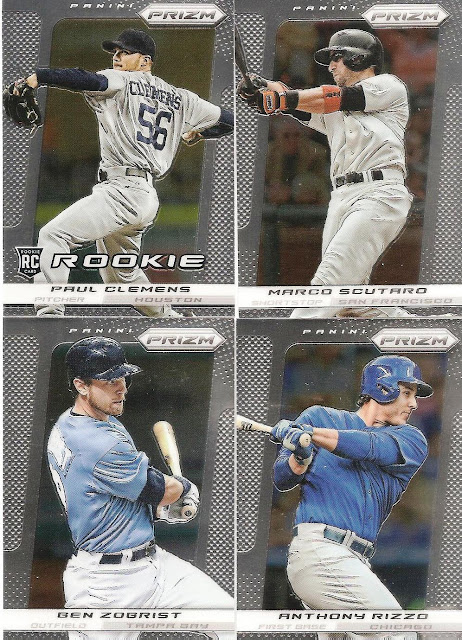 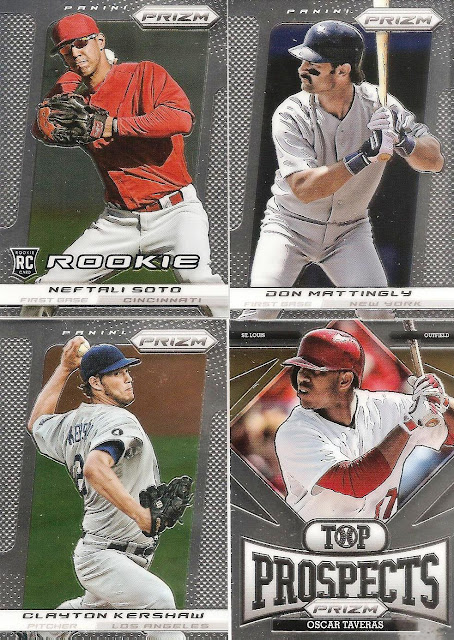 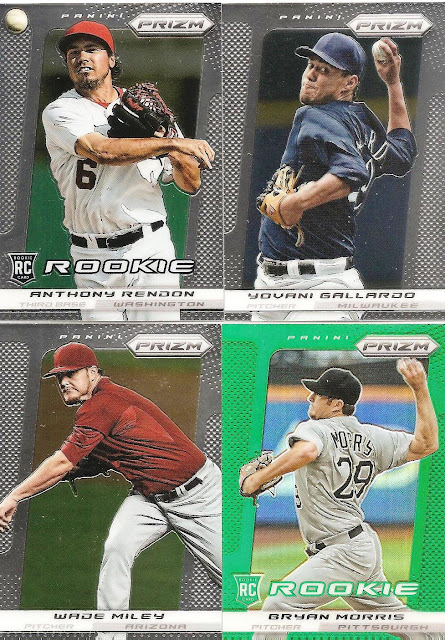 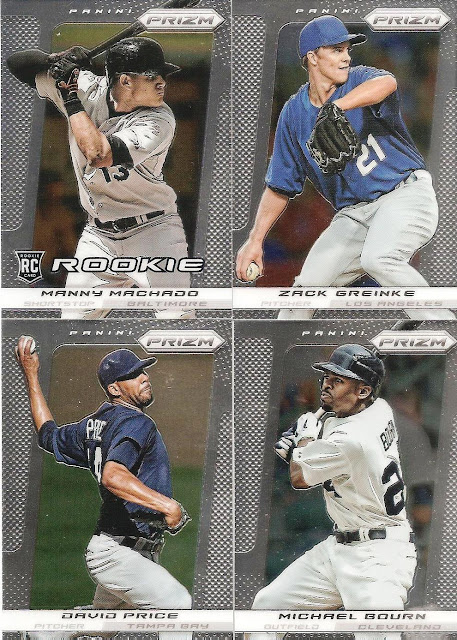 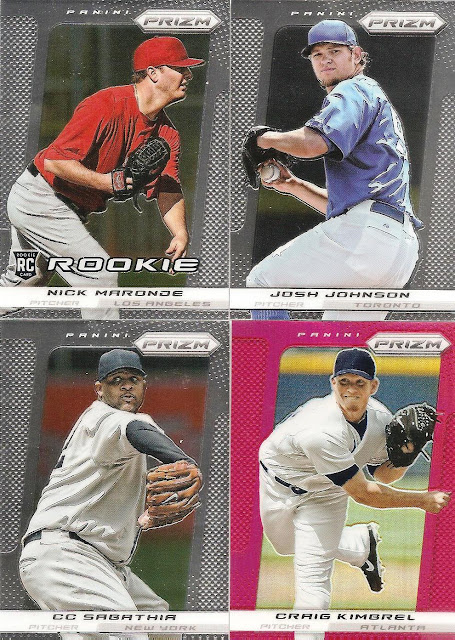 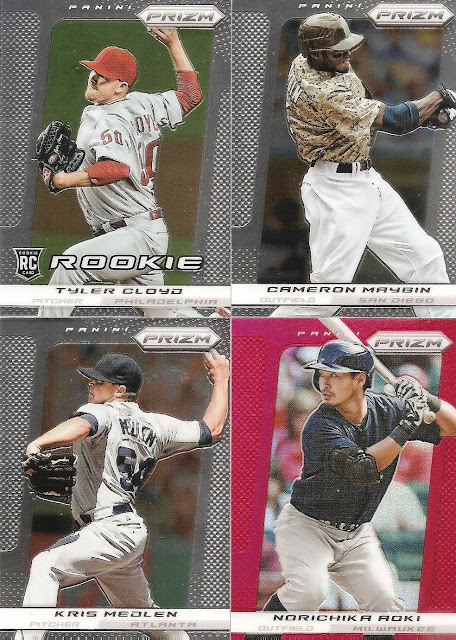 Red, and a Brave. Love the Camo jersey too.

Kershaw and Nomar. I can live with it. 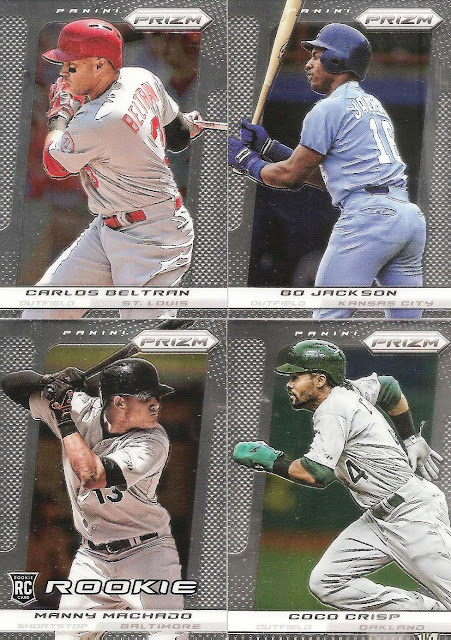 Bo for the PC. You know it just dawned on me that I should add Coco to my "Famous Names" mini collection.  DUH!..

Well that was the equivalent of a box bust although I got more Red than Green, which would have been opposite had I actually gotten the box instead of loose packs.

Tomorrow, I will put up the Hometown Heroes, then will have a Wacky Wednesday, and finish up with the Cooperstown on Thursday.
Posted by Johnnys Trading Spot at 11:22 PM