Continuing with the UNDERGROUND Wackys. We are now starting the Variations run which consists of 9 series plus a bonus set. 9 CARDS EACH.  To me, these are better than the Lost Wackys (series of 4 sets).
The Variations are aka as Lost Wackys, but not by the wrappers. Produced by the same guy/guys. The first 4 sets and the Bonus were released in 2018, and series 5-9 were released in 2019. The MAIN DIFFERENCE WITH THE VARIATIONS is that each set is 9 cards, THEN add a parallel TAN back set supposedly limited to 10 sets, and Red & Black Ludlow backs limited to 25 sets each, with tons of doubles and quads available with varying quantities too. My guess is this year will drop another 4-5 sets. We'll see. Let's begin. 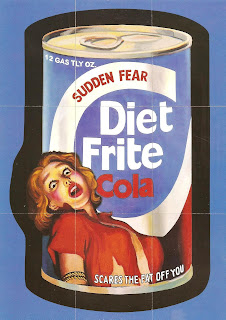 This is puzzle 1. There is another puzzle for the Spinach. 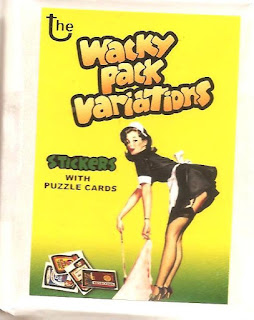 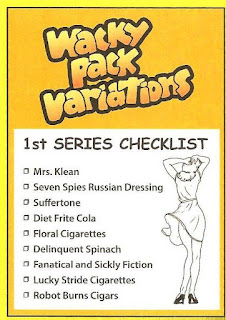 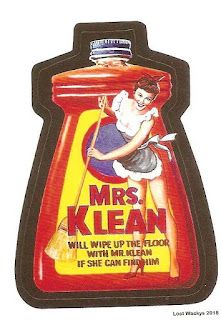 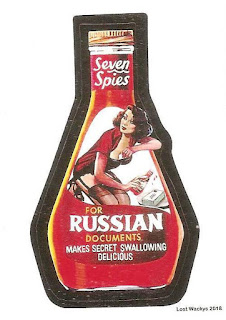 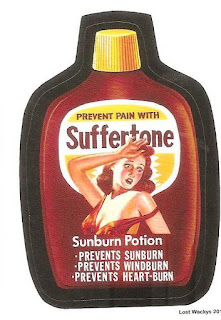 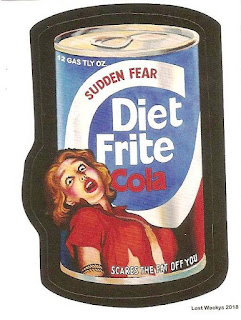 In case you haven't figured out by now these are a little sexier if you will. 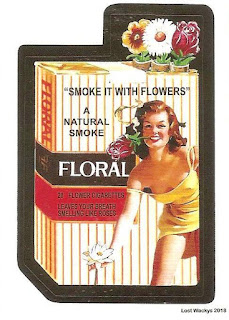 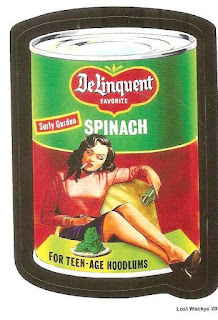 This is what the other puzzle would be. (I don't own that puzzle). 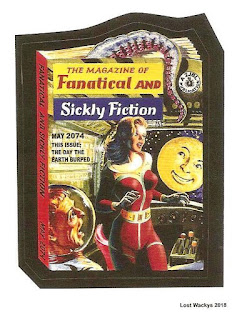 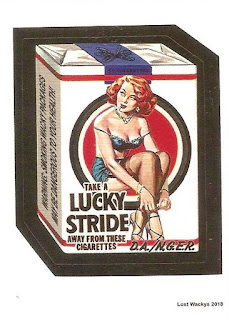 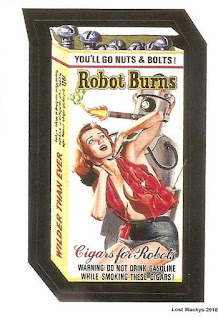 That wraps up series 1  See you next week with Series 2.