No, I am not having a mental break down. (of course that is objective). I went to the Jacksonville card show this past Saturday. It had been 8 months, and sure enough the a**hole was there. I avoided him, and made sure to get the few dealers I needed phone numbers for so that I could meet up with them without having to go back to this show. The hosting dealer took notice, and man o man did he avoid me like the plague. Apparently several dealers bitched him out for not banning the guy. But, that is another story.

I bought cards from six different vendors. My two favorites and four new guys two of which I bought because I felt bad for them. I'll explain that when I post their cards. I am going to have a few weeks worth of posts from this show. I contemplated having a theme for all 6 vendors "DEAL OR NO DEAL".  I believe it is fitting title for all six purchases.

Tonight I will begin with my favorite dealer, Fred. I spent $80.00 on items with him. 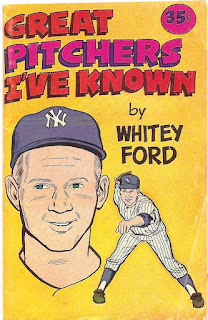 This is a "short" Carvel comic book from 1976. Short in actual size and in pages. 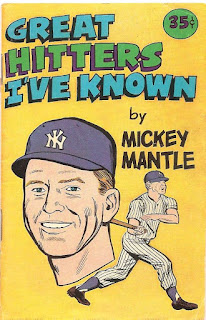 Mickey Mantle. Yee Haw! Right off the bat Fred told me those are $10.00 each. I usually just go through his stuff regardless of value, get what I want and let him tell me a price which is always very agreeable at the end.

The back covers are different. 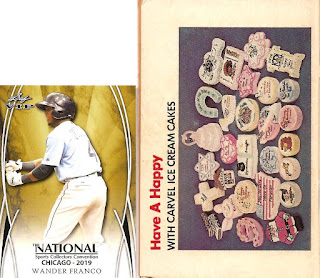 This scan is just to show the size compared to standard size card.  $20.00 down.


The remaining $60.00 I spent with Fred was done how we usually do things. Fred normally has a bunch of cheap boxes and 1 glass case for the higher value cards. I grabbed up a stack of 60 or so cards from the glass case. And then hit up the only other box he had. It was mainly relic/auto/serial numbered cards box. 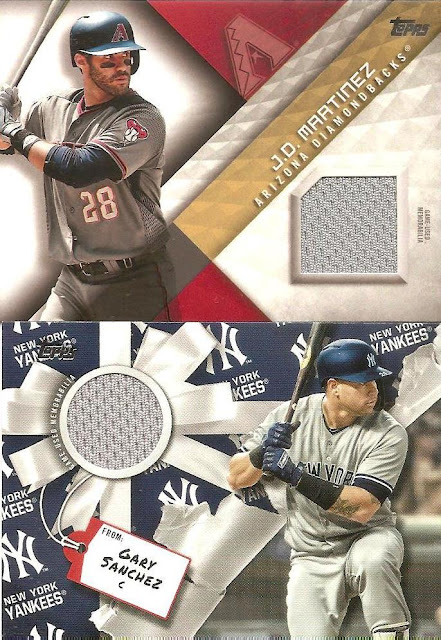 I pulled about 25 cards from here. There is that Sanchez card that Fuji needs. Those are the only relics I grabbed. The rest were PC guys so I won't bore you with all of them just some highlights. 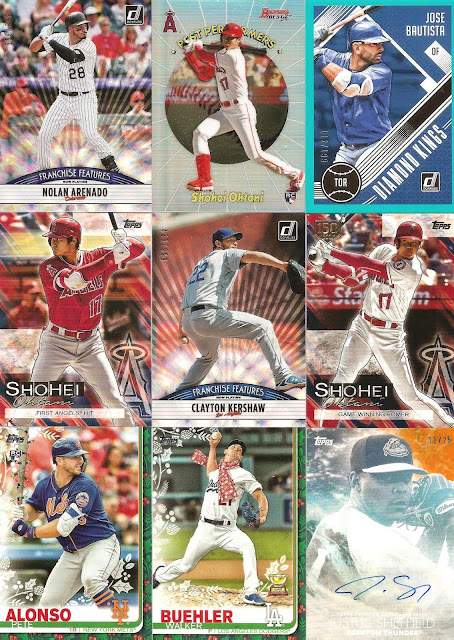 yes, that a Sheffield auto and a pair of the Christmas cards! 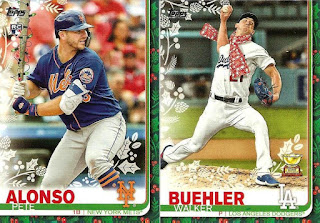 I will show one of the guys I grabbed because he doesn't show up here on my blog often. 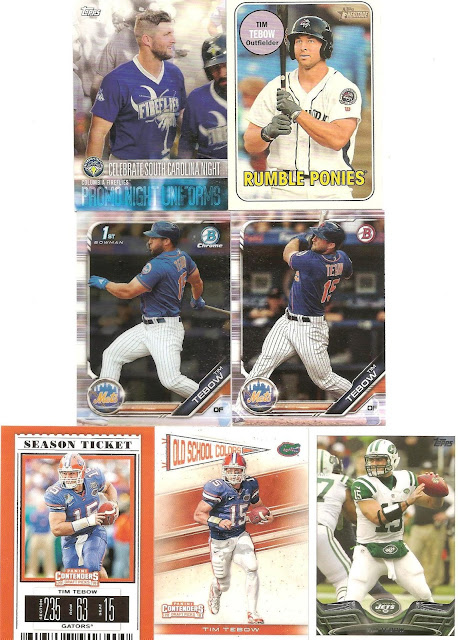 Yes, I'm a Tebow fan, always have been. I have no idea why some of his baseball cards carry such a high premium. Maybe it is just in Florida I don't know. Some of his cards go for some major cabbage. The 2017 Topps Pro Debut, just 1 on ComC it's on sale for a cool $175.50.

Deal or NO deal?