Out of the Blue

A couple of weeks ago, I received an e-mail from someone who said a friend of theirs stumbled across my blog and that he had some cards for me from my want lists. The writer of the e-mail (Jason) used his work e-mail so it was easy enough to find out a little bit of info. Anyways, being a little skeptical still, I asked what his friend Tee wanted in exchange and what he had for me. Jason said okay I'll let you know, but asked for my address. Within a few days I got a box of cards (he could have saved a few bucks on shipping) Inside were 65 Braves from my want lists and a note saying he'd pull some set builds card that weekend. I let Jason know that I got the cards, thanked him and Tee. I also requested what Tee collected. He replied back that Tee was mailing another package and inside would have a want list. So, right now I am waiting on the 2nd package and the want list. I should say that these fellas are just up the road a piece in Macon, Ga. I'm betting there might be another Braves fan there. Anyways, Macon is a hop, skip, and jump from here (sort of). I once had a buddy who had a band and played in Macon.  Not really a buddy, but someone I'd have a few drinks with  (and his cousin who I did know) whenever they played in Ocala. Maybe you've heard of him Jason Aldean, no that's not the Jason e-mailing me. Yeah, that's been quite sometime ago now. I am pretty sure somewhere in the ex-wifes junk drawer/boxes is the SIGNED demo cd Jason used to get his first record deal (wasn't a good deal, that's another story in itself that I will leave alone).

That was fun Teeing all of that together. Okay tying, but I tried. How about we look at those cards that came from OUT of the BLUE. 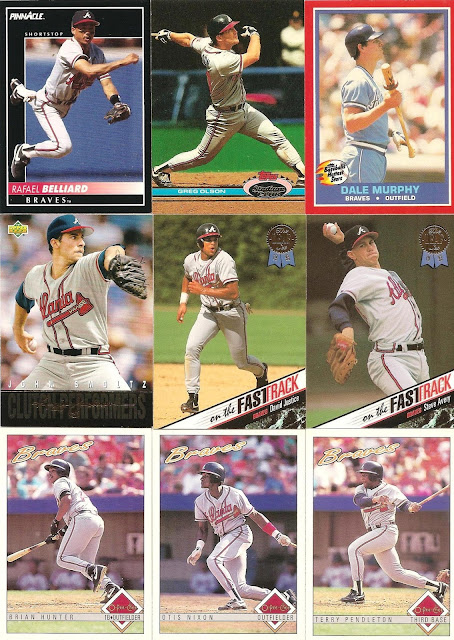 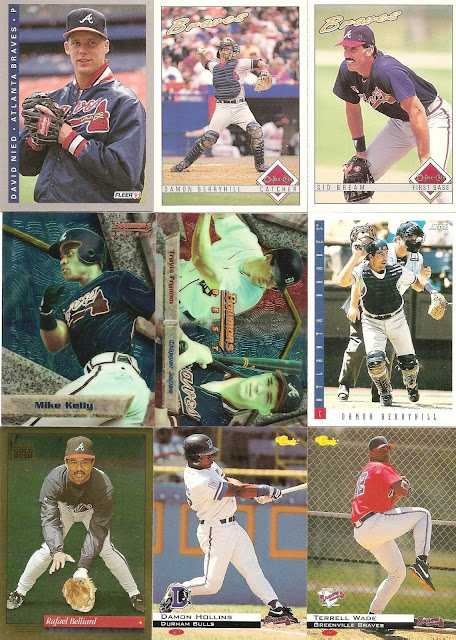 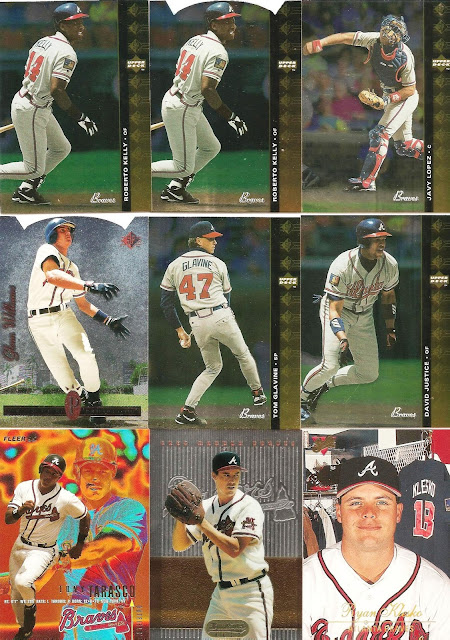 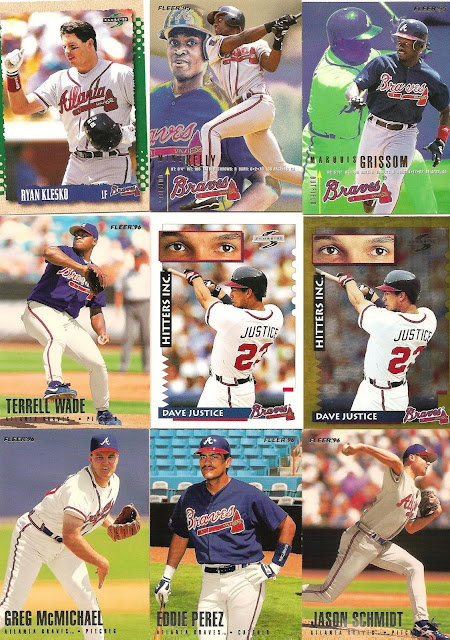 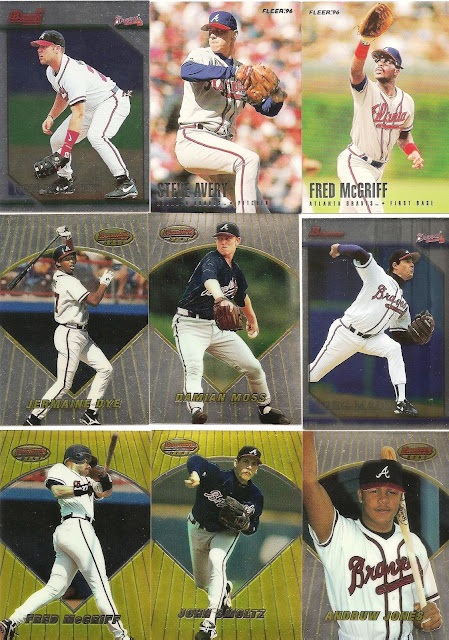 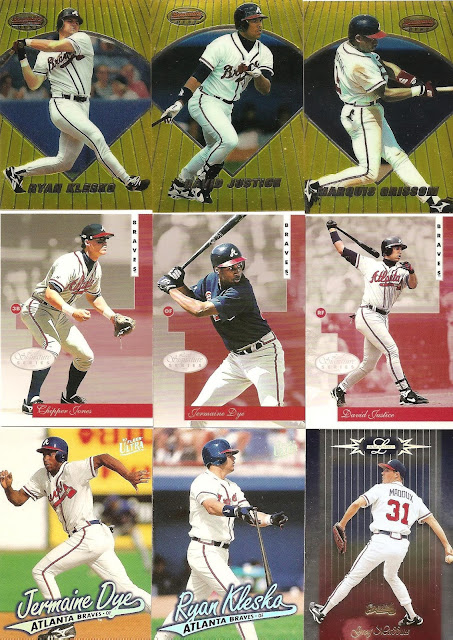 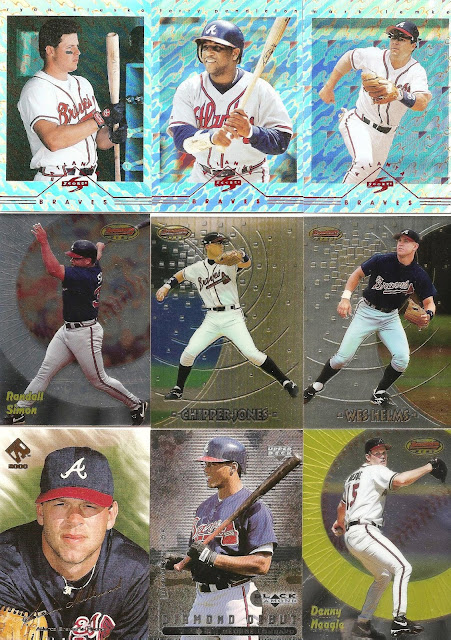 Those 1997 Score Platinum team cards sure make that 97 set look a whole lot better.
There is a reason that I only scanned 63 of the 65 cards. 2 of them I had picked up before and just hadn't marked them off of my want list yet.

I thought I was the King of 90s cardboard. Tee seems to hit my want list pretty dawg gone good (Georgia pun). I can get away with it, I was born and raised there (at least for the good years, lol).

Awesome cards to come in out of the Blue. Now I am anxiously awaiting the next package of goodies, and so I can hit Tee back with some return fire. I hope I have something he needs.


Posted by Johnnys Trading Spot at 7:56 AM