I walked through the back entrance into the Tampa card show, and stopped at the very first table on the right. I seriously could spend all day at each and every one of these dealers booths (okay so maybe only half of them). Of course that would also take an endless supply of cash. Needless to say, can't do it. So, when at a show I do a quick scan, see what catches my eye and that's pretty much it at that booth. 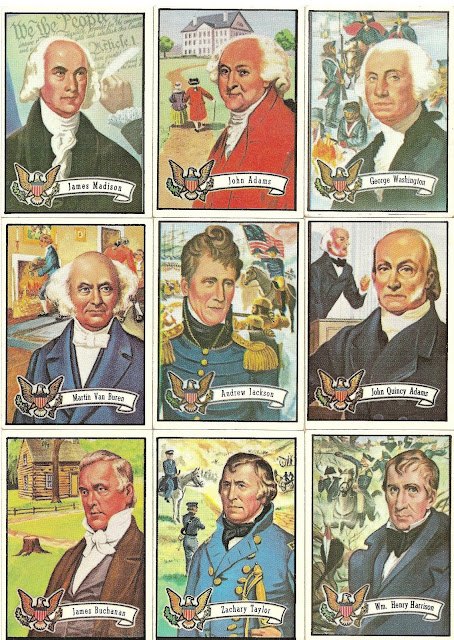 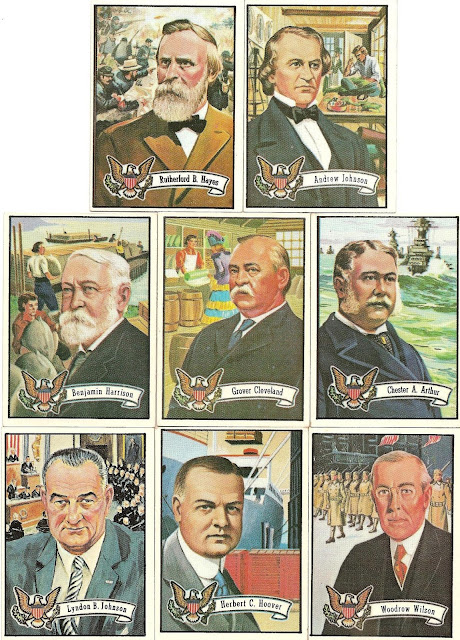 I picked up 17 of the 43 cards in the set. Roughly 40%.  Occasionally, some bloggers do their justified rant on Topps for re-using photos on cards. It is definitely a habit that goes back to 1956 at least. Topps after purchasing Bowman celebrated with the 1956 Topps U.S. Presidents set of 36, which was basically reprinting the 1952 Bowman set. Fronts and backs looked the same, with wording changes in the backside write ups. Pretty much the same thing with this 1972 set, with a few Presidential changes, and the 7 card subset of Democrats facing off against the Prez! The new thing would be the 15 mini poster (5x7) set that came 1 per pack of cards. I don't have any, but If'n I see sum, Ima get em.

This dealer had a lot of stuff that I could have focused on, but the box marked "non-sport" singles caught my attention. Each card was in a plastic holder with $2.00 written on just about everyone, some had $4 and $5.00 on them. All kinds of vintage goodness. I literally was drooling. 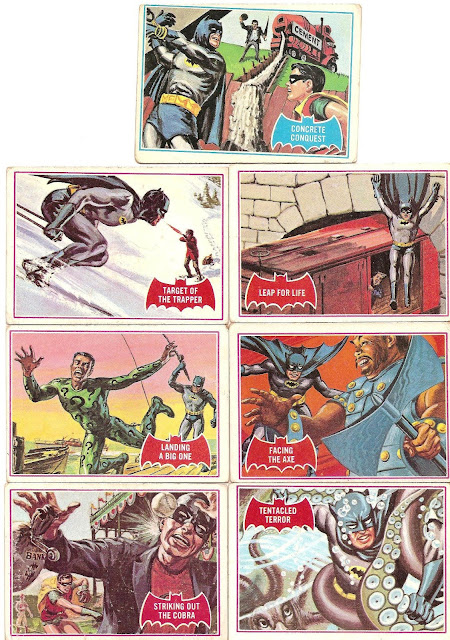 Yeah baby!  1966 Batman. ( My birth year). This box had a ton of vintage cards including movie stars, westerns, tv show stuff, and a lot of the Green Hornet. I pulled those Hornets, but I put them back as I wanted to budget myself. After all, this was the first stop. 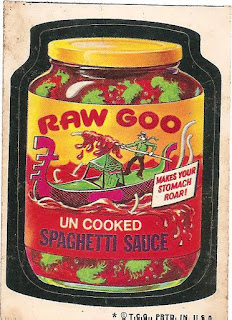 Original 1974 Series 4 Wacky Packages. I needed this one. There are either 3 or 4 versions of this card, and this is the first 1 of either for me. If you know anything about older Topps non sports cards then you are aware of the 1* and 2**. In Series 4 nearly all of the cards/stickers also had an additional copy write variation, the one you see above (period after the word IN) so cool. An SP for sure, what is unknown to me as if there are actually ** with the same copy write variation, I haven't seen one. 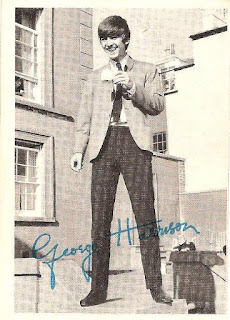 The last card I kept after putting the Green Hornet cards back was this 1964 Topps B/W Beatles card #30 of 60. Now, I have no plan on keeping this one UNLIKE the Batman cards. I will using it to send to the OCT group.

CONTEST HINT: The box I pulled these non sport goodies out of  was a 500ish count box with writing on the inside lid. It said $1.00 each.  I didn't pay that!