A card or two from Ebay

Okay, so it is 4 cards from the Bay. I was bored one night and dropped a whole bunch of low bids on some Braves cards, and wound up with 4 of them. turns out I already had 2 of those. 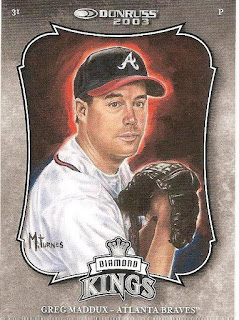 Yep, already had this one. Set me back .59 delivered. 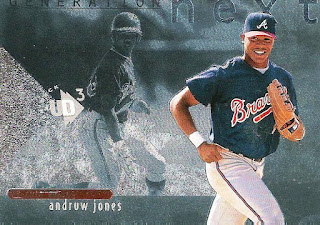 .25 delivered. It helped the seller out a bit because I won two auctions from him (the Maddux DK).


The next two came from a different seller, but same thing. 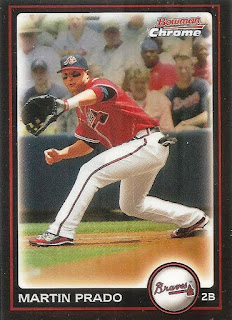 Refractor, and I had it laready. .27 delivered. 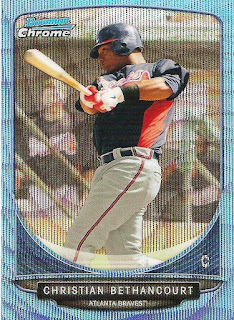 I also got in this nice 8x10 autographed Brooklyn dodger from fellow OCTer Don Roth. 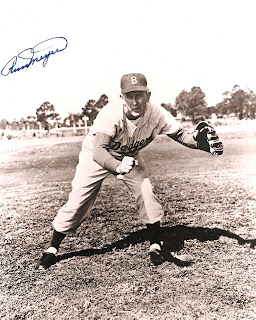 Hadn't heard of him before, so I had to look him up. here is a brief Wiki.

Russell Charles Meyer (October 25, 1923 – November 16, 1998) was a Major League Baseball right-handed pitcher. His nickname was "Mad Monk".[1]
Signed by the Chicago White Sox as an amateur free agent in 1942, Meyer would make his Major League Baseball debut with the Chicago Cubs on September 13, 1946, and appear in his final game on June 28, 1959.
Meyer was the first of three pitchers in Major League history to have gone at least 23 consecutive road starts without a loss: Allie Reynolds set the record with 25, spanning the 1948 and 1949 seasons, a feat current Kansas City Royals pitcher Chris Young fell one short of. Meyer went 24 consecutive road starts without a loss during the 1953 and 1954 seasons.[2]