I only say that cuz that's what he calls himself.  I met Jake at the last card show I went to. He was dealer 4, the one I got the 5 Braves 1957 Topps from. I didn't have time to really look at his tables. I felt bad, and being he sets up at the flea market I decided to go look over some of his cards last Friday. 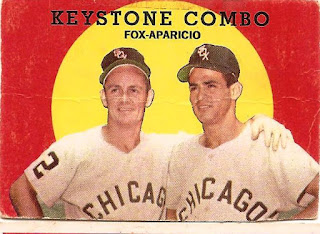 Normally I wouldn't buy a trimmed card, especially one that was also creased. Trimming really didn't make any sense, does it?  Being that both of the HOFers are binder guys, eventually I will need three of this card, so why not have the one above. I paid a buck, and I shouldn't had, but hey..... 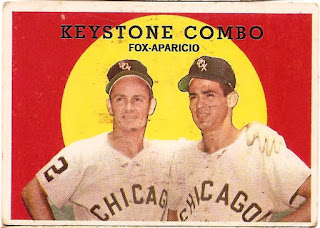 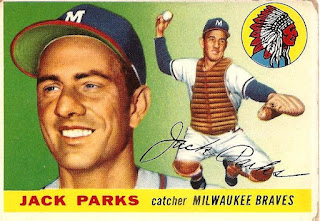 Grabbed this one for a buck too, I already have it in the Braves binder, but this one is better so I think I'll put it with it's counterparts for the eventual set build. 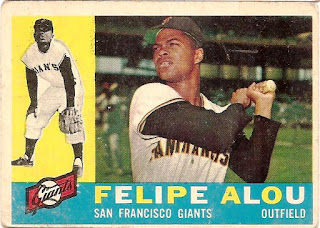 At first I grabbed these 4 to send to 4 of you. And in time I probably will after these are upgraded, sorry. Buck each. 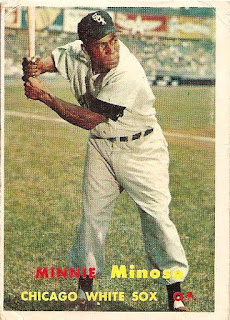 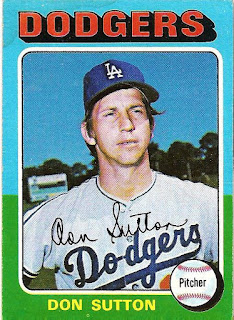 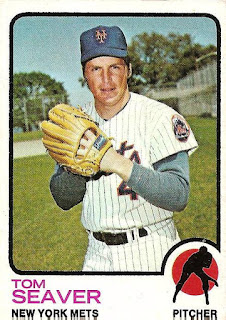 $2.00. The best deal, followed closely by the Fox/Aparicio, and the Alou. The rest were more out of guilt than anything.
Posted by Johnnys Trading Spot at 5:26 PM