Shadow Shots Plus a story

Before I get to the Shadows I  wanted to give a run down on my day. I mentioned yesterday that I would be heading to my buddy's card show today. I did, I really only wanted to check out an old timers collection. He had stopped by a couple of weeks ago while I was at Bob's booth and we chatted for awhile. He played in the minors, and got to tryout for several teams including the "brand new" NY Mets. He didn't make the cuts, but he did make for a lot of interesting conversations. He spent quite a bit of time with some very well known (hofer's) and shared a story or two with us. (Love that stuff). I got off track there, this gentleman wanted to participate in today's card show and I wanted to see the 2 binders of cards he had (nothing but 30s and 40's baseball cards). That is really the only reason I was going to the show. I had absolutely ZERO intentions on leaving with any cards. Nonetheless, the old timer didn't show. Sad, I know. The show had 6 dealers spread out over 9 booths. Believe me, by no means would any of you folks been let down. Amazing stuff all around and plenty of it. I decided to buy a few wax packs of junk so I wouldn't feel bad oogling everything. The packs were 5 for $1.00. Not that Topps Attax is from the junk wax era, but you get it. So I grabbed up 21 packs of those, 3 packs of 1991 Fleer (I still need a couple to finish that set off), and 1 pack of 1993 Fleer (I am working on that set but pretty sure now that I am typing this post that I only need series 2, not sure which pack I grabbed, lol). Oh well, I've been itching to rip some packs so I get to do that tomorrow. 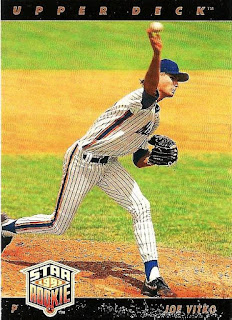 
This same dealer had a $1.00 monster box of each sport out and he told me every card in there was at least $4.00 book. I kind of doubt that, but anyways I dug in. He told me if I get at least 10 cards I could have them for .50 each. I grabbed 32. Will post them another time, meanwhile Bob came over seen me digging and told me hey your spending money you need to get those 2 sets (85 Fleer & 85 Donruss) that you set back last month. Crap! Anyway another dealer had a couple of nice Eddie Mathews relic cards I wanted.. a quad bat card and another bat card shaped like "59" that was really cool. I asked him how much, he said $12.00 for the one and $8.00 for the other, but I will let you have them both for $20.00. I looked at him like huh? I said yeah that is what 12 + 8 equals and I walked away. Went over to the next dealer who also know and have bought large amounts of cards from in the past. He had his $1.00 boxes out ten in all. Said they're on sale 4 for buck. Once again, I dig in knowing there are ten 3,000 count boxes to get through. This particular dealer throws pretty much everything into these boxes and doesn't sort them: all sports every box pretty much. Makes it harder on me, but I was up for the challenge. As the day wore on and several breaks later I got through 8 of them pulling 922 cards. Some for some of you, a lot for me. I was tired, hungry, and my back was killing me. David the dealer worked up the total for the 922 cards plus the Clemens 1985 Topps rookie I wanted, threw me 2 autographed team photocards of PC (HOFer and BDay) guy Davey Johnson, marked it down quite a bit adn then knocked off a lot more for 3 vintage posters I had traded him. Done, or so I thought he then threw in the last 2 boxes that I didn't go through. Full of Hockey ( I don't collect them..... so if you live STATESIDE" and have a favorite team let me know. I know Jedi likes the Black Hawks, and Jeff Jones likes the Lightning), there's a lot of football in there too, and a little basketball. I plan on showing a lot of them over the next few months. On my way out, I grabbed five 1957 topps cards from the next dealer table, and nothing from the last one. I felt bad, I just wanted to go home. 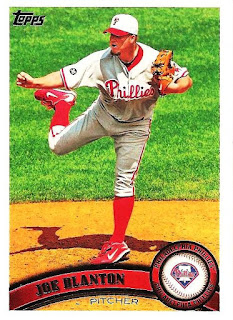 I will probably be scanning all day tomorrow, and next weekend too!  I do have lots of great stuff to show. 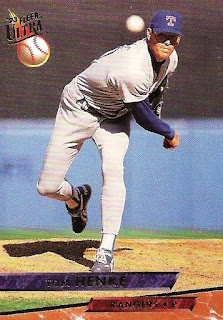 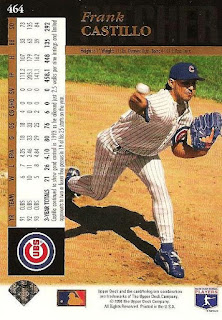 I think I showed these last time. Oops. too late now. (the middle finger with a double jointed pinky hanging out) 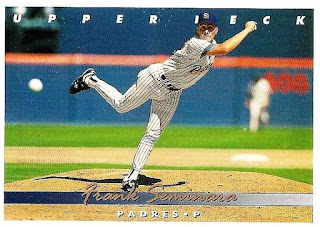