I don't have a lot of Presidential cards. I do like them though, so much I considered making a custom set myself. Alas, I have NOT the talent of Mr. DefGav nor do I have any inkling of an idea of how to custom make a card at all. I still have those photos I scanned front and back. I swiped them from a place mat. LOL. Here is one of those. 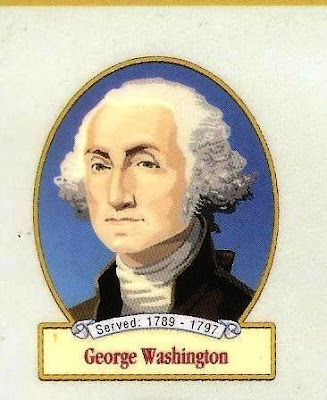 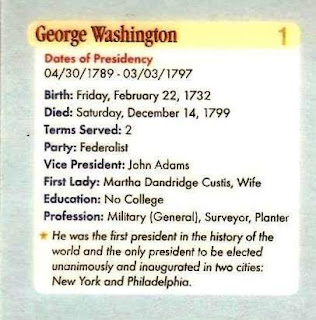 What is great about those as they come already numbered, at least as far as which President they were. I was figuring a variation photo would work for the 2 term'ers.

Now on to the real cards I own. 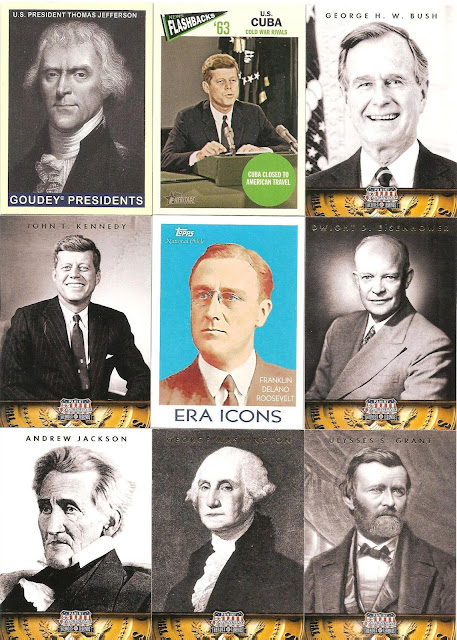 I  usually grab them up when I see them in a dime box (not often). Typically, I see them priced around $2.00 (and selling for buck). I'd rather spend $2.00 on actual baseball cards. 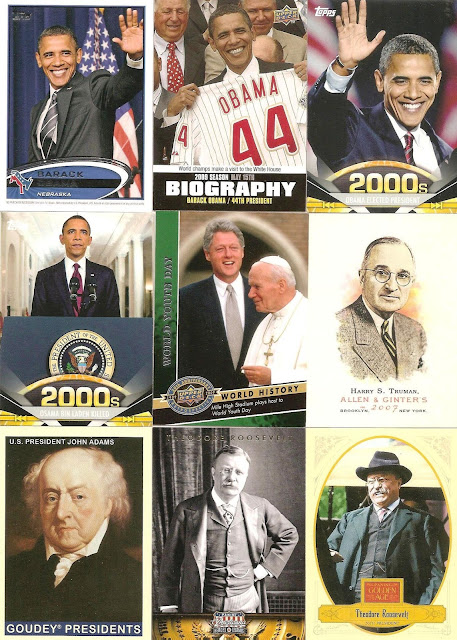 No, I'm not an Obama or 'Bama fan either, but when you find them in a monster box you already own, well you keep them, right? 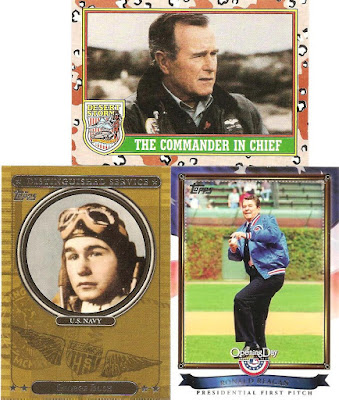 I used to have (and probably still do) the Decision 1992 set.
I think out of all of the cards above I like the Reagan best.