Well, those other minis I was waiting on came in and got em right here. This has been a week of minis for me, or at least this now makes 3 posts on them. The first lot had come from an OldCardTraders trader. This batch came from the Bay. 2 separate unrelated lots. I was afraid there was going to be a bunch of duplication. But there really wasn't much. 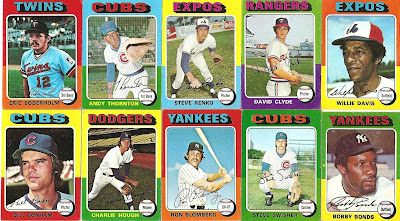 Hough and Bonds the most notable names here, at least as I remember. 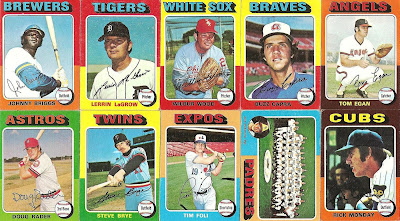 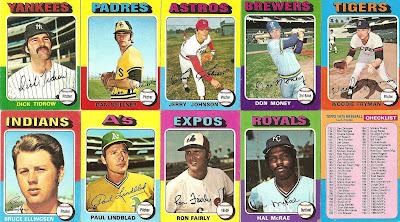 Lots of memorable names here. i especially like the clean checklist. 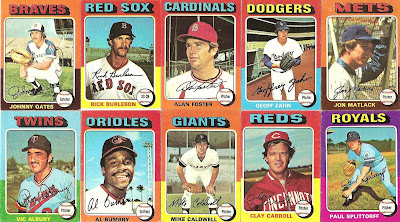 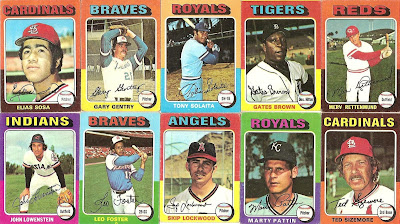 Just a couple I recognize (from being a youngster), but obviously since I have come to know most of the 70s players. 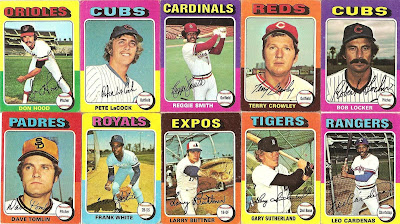 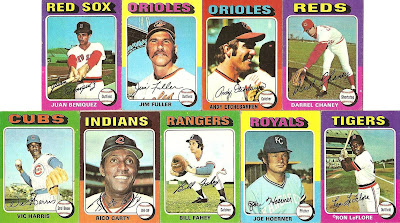 Lots of names here that I remember well. Chaney played for the Braves for awhile, I remember him stinking. In reality that's not very fair, seeing the team back then repeatedly was at the bottom. Rico was the biggest catch in this lot and we all know he played a day or two as a Brave, hehe.


I did get three more cards that weren't doubles, but they will need to be upgraded.

Russell being the bigger name as far as my memory goes. Sadecki rings a bell, but I don't know why.


Here are the doubles I got and available for trade. 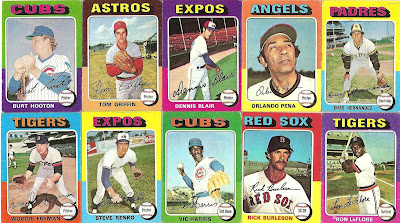 All of these are in pretty decent shape other than the Enzo. Lots of recognizable names here. 7 or 8 of the dupes came with the cards above in this lot, only 2 or 3 crossed with the first batch. I was very thankful there.  Now I have somewhere close to 150 of the set. Making a dent for sure, not a bad week for minis.