I should be caught up as of this morning anyways from the packages coming in from the blogosphere.
I have skipped scanning the OCT batch just to give me some time to post the awesome packages that came in last week. Thanks again you know who you are. Tonight's post is a package from Julie who really cracked one out of the ballpark with this one. 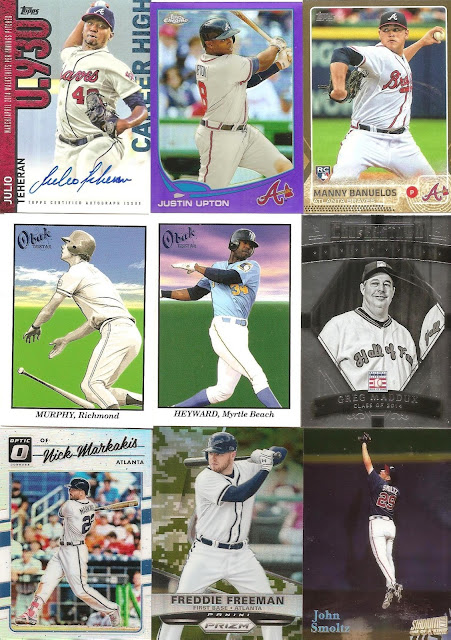 Starting off the package is the auto above and the One of a Kind Smoltz. You know with a parallel named 1 of a kind, you'd think that it'd be a 1/1, but no, numbered to 150 which is good enough for me. 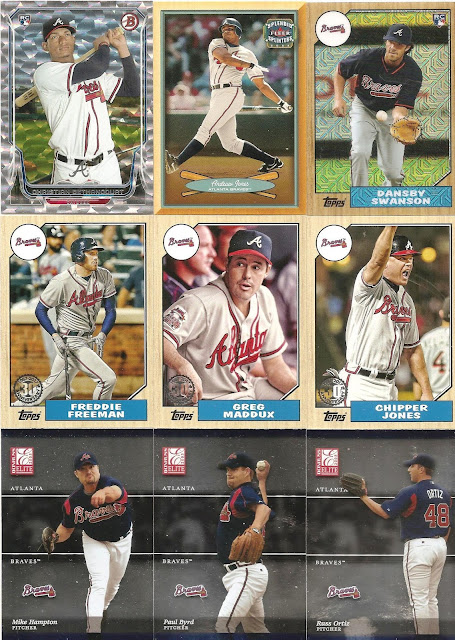 Really love knocking off needed inserts, especially when they are the current years. You got wonder what is going on Maddux's mind in that shot.  Looks, like "Really?", or maybe a "I'm getting too damned old for this".  LOL. 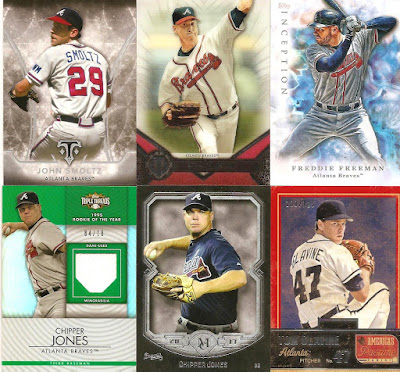 Julie moves into the higher end products with this scan. Again with some 2017 needs, sweeeeeet! See that serial number on the Triple Threads, Emerald baby!

Let's start with the Andruw card atop. This is considered the die cut version, seriously it's just rounded corners. Now, that Chipper is an SP variation, thank you very much. I hadn't seen it before so when I was adding it to my list (now I need another one for the PC) I realized there is another one out there too with 2 players on the photo with this sign. Going to have to track it down.

Thanks Julie for polishing off a great week of incoming cardboard.