I recently picked up about 1000 1985 OPC. I have put up a want list for the the ones I still need.
Why do collector's here in the US like/want/collect OPC? They are basically a shortened set version of the Topps set. I know there are various reasons for desiring these pieces of cardboard goodness. 1) the set is shorter, a good reason 2) sometimes the backs are different, a great reason 3) or.... 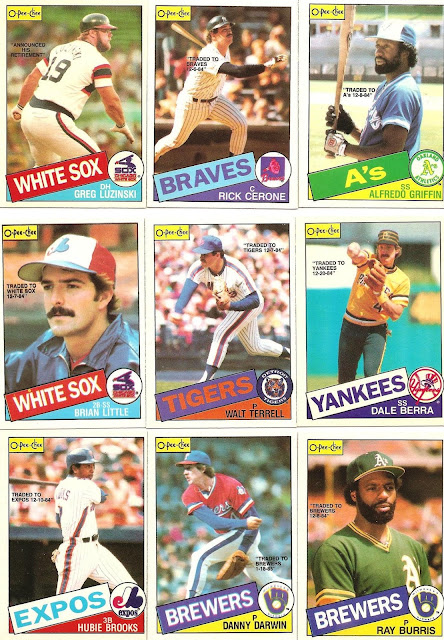 Could it be that little black font stating traded to, or now with there current team?  I'm sure there are many other reasons for collecting these cards. I have scanned the dupes that had that little addition in the cards that I got. I like the retirement announcement for Luzinski. 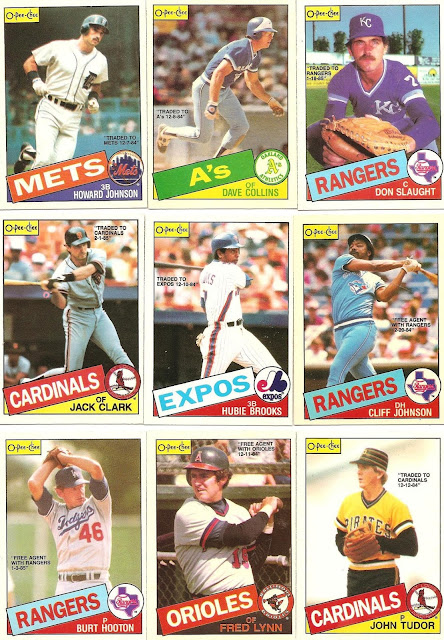 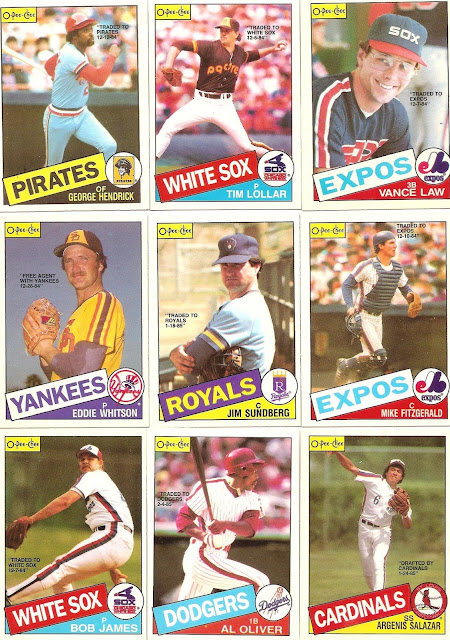 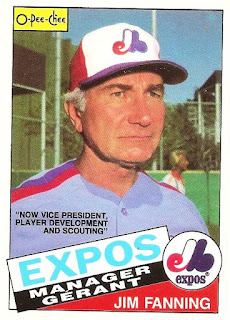 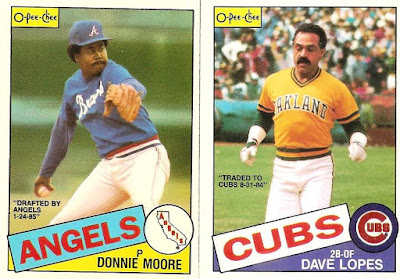 "Drafted By" Another thing for me is that whether the card is a traded to like Moore above, I still include him in my Braves team set because he is donning his Braves uniform. I also collect the traded to Braves as i should as part of the team set.  I have several hundred dupes available for trade if anyone is interested, just shoot me an e-mail with your want list.

I also picked up a substantial lot of of 1986 OPC, however I sent those dupes packing. 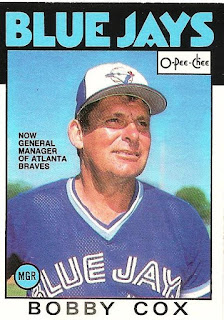 Usually OPC gets it right, putting the "new" team logo on the card.  they missed this one.