Did I say a DIME? 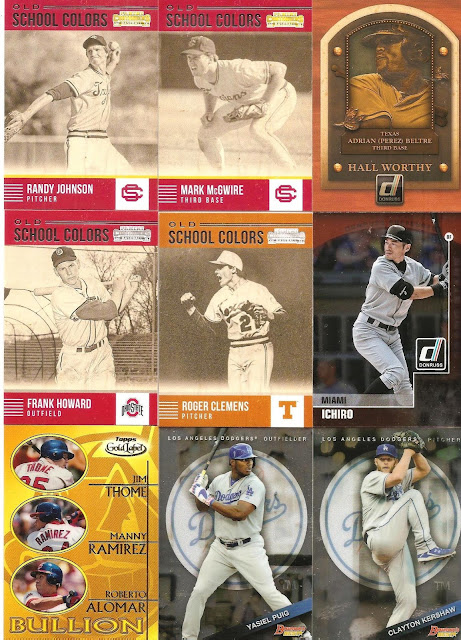 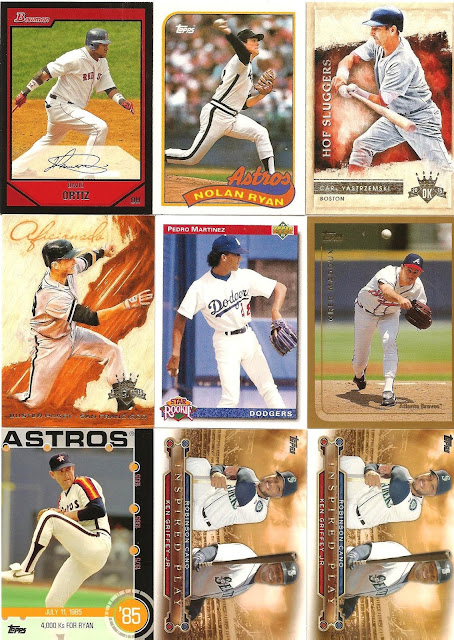 Other than the 89 Ryan, Pedro, and Maddux the rest are all day long everyday (when I'd pay a dime). Yes, dupes of the Inspired play but both players are PC guys, so it works. 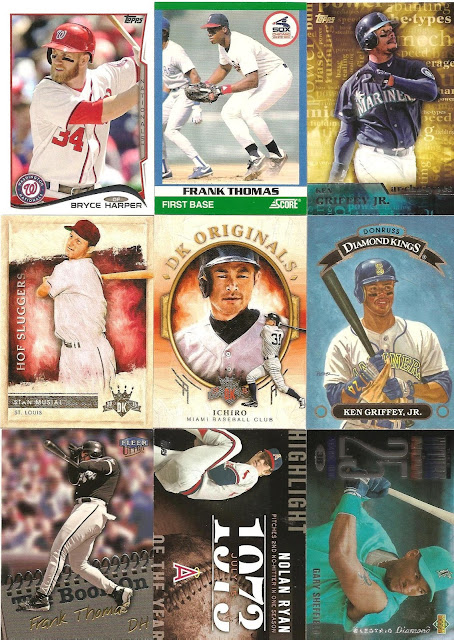 Ten cents, my kind of cards. 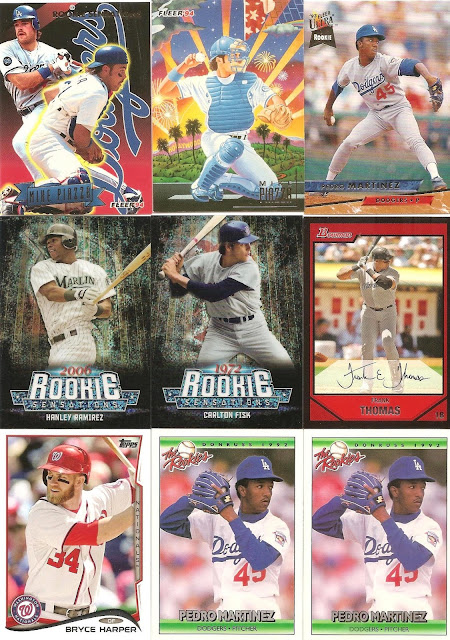 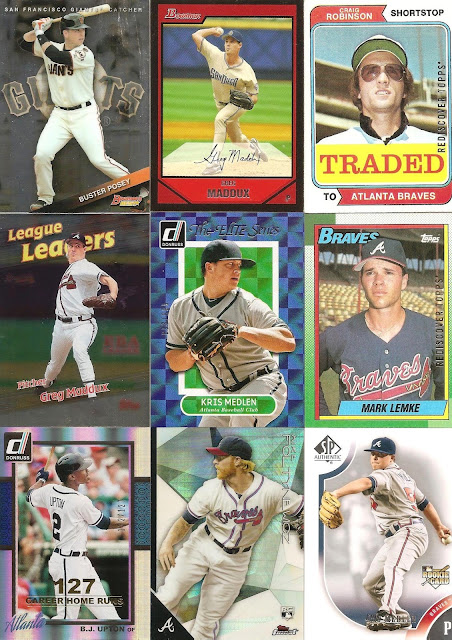 Of course I had to show some of the Braves. The Blue Medlen just pops, doesn't it? A couple of needed buybacks too. 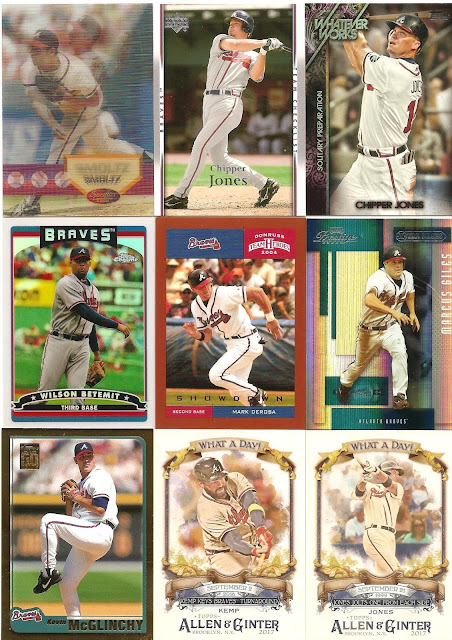 All in all I'd say dimes well spent. I kept to the baseball, and highlights only from my perspective as far as the 2 posts go).
There were a total of 800 cards I picked up at that price. Most should be showing up at someones door any day now like maybe today! HeHeHe. I grabbed up some other cards too, and will post on them too.