A couple weeks back I was browsing Just Commons (JC) and decided to load up on some OpeeChee's. They came in the other day.  I scanned them and will have to break this package up into two posts. I hope that is alright with everyone. 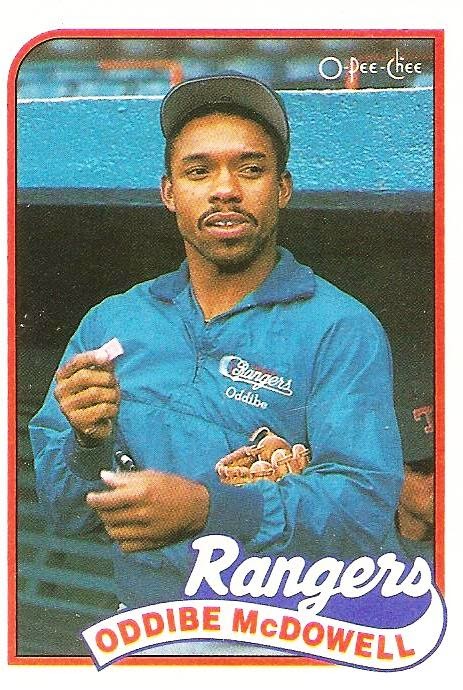 It is hard to tell if that is a stick of gum, or what I think it is. Something on the lines of Skoal Bandit. I had picked this card not for that as you can not see the cards on JC, which would be totally an awesome upgrade, but because I thought he would be on a  Braves card. Oh well, turned out okay.
More from the 1989 OPCs later. 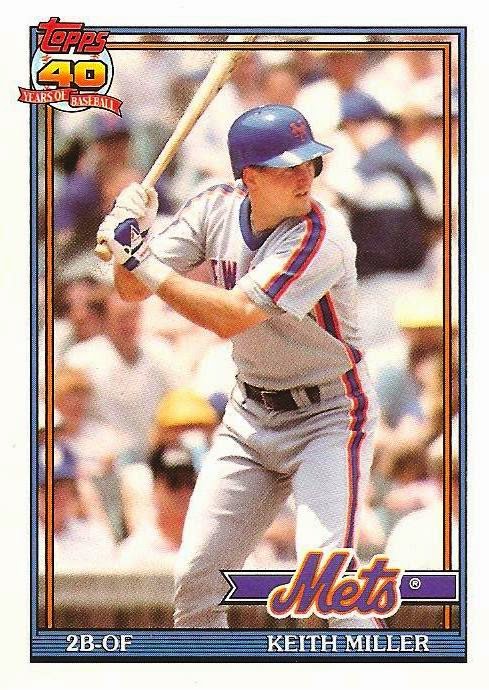 I grabbed this one for the Miller binder. Even though Topps is on the front, the back has OPC. 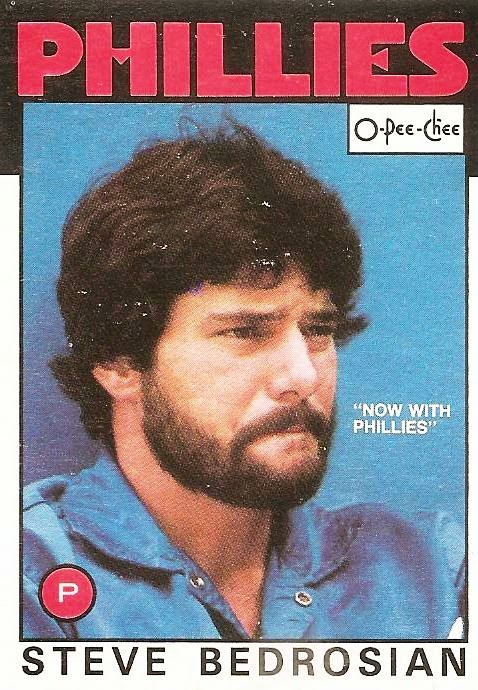 Again, another "thought it would be a Braves card. Why did I scan this one?  You see it a Phillies card, yet it has the "bonus" text of "now with Phillies". I found that interesting. I am pretty sure he is wearing a Braves jacket, so I may just squeeze it into that team set anyways.

Now on to the un-mistaken (I think I made that word up) grabs. 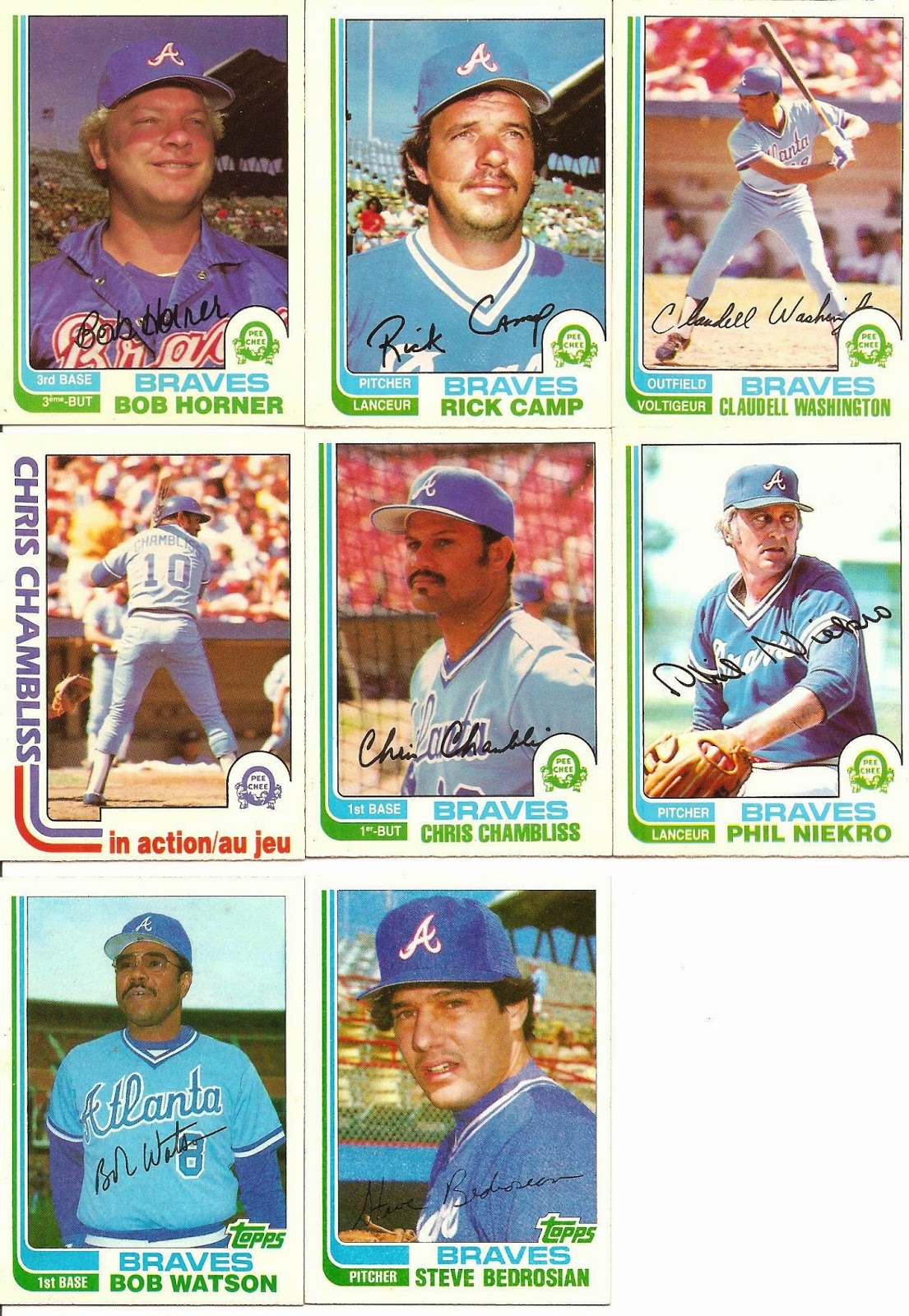 I had to scoop up those bottom two Topps Traded and wipe out another team set, BOOM...done! 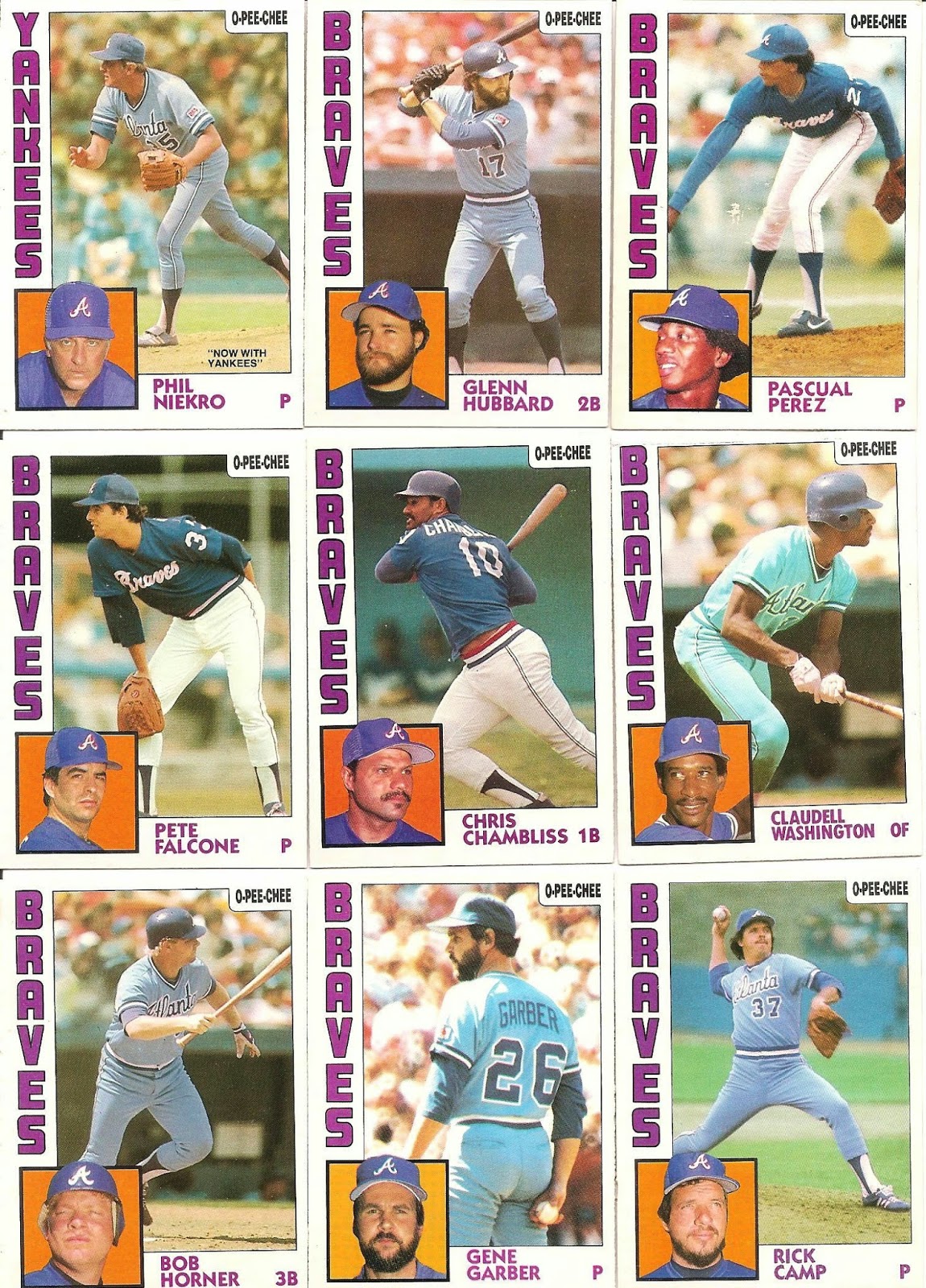 Same for the Niekro card as the previous Bedrosian, however it is clear as a bell that Phil is in a Braves uniform. 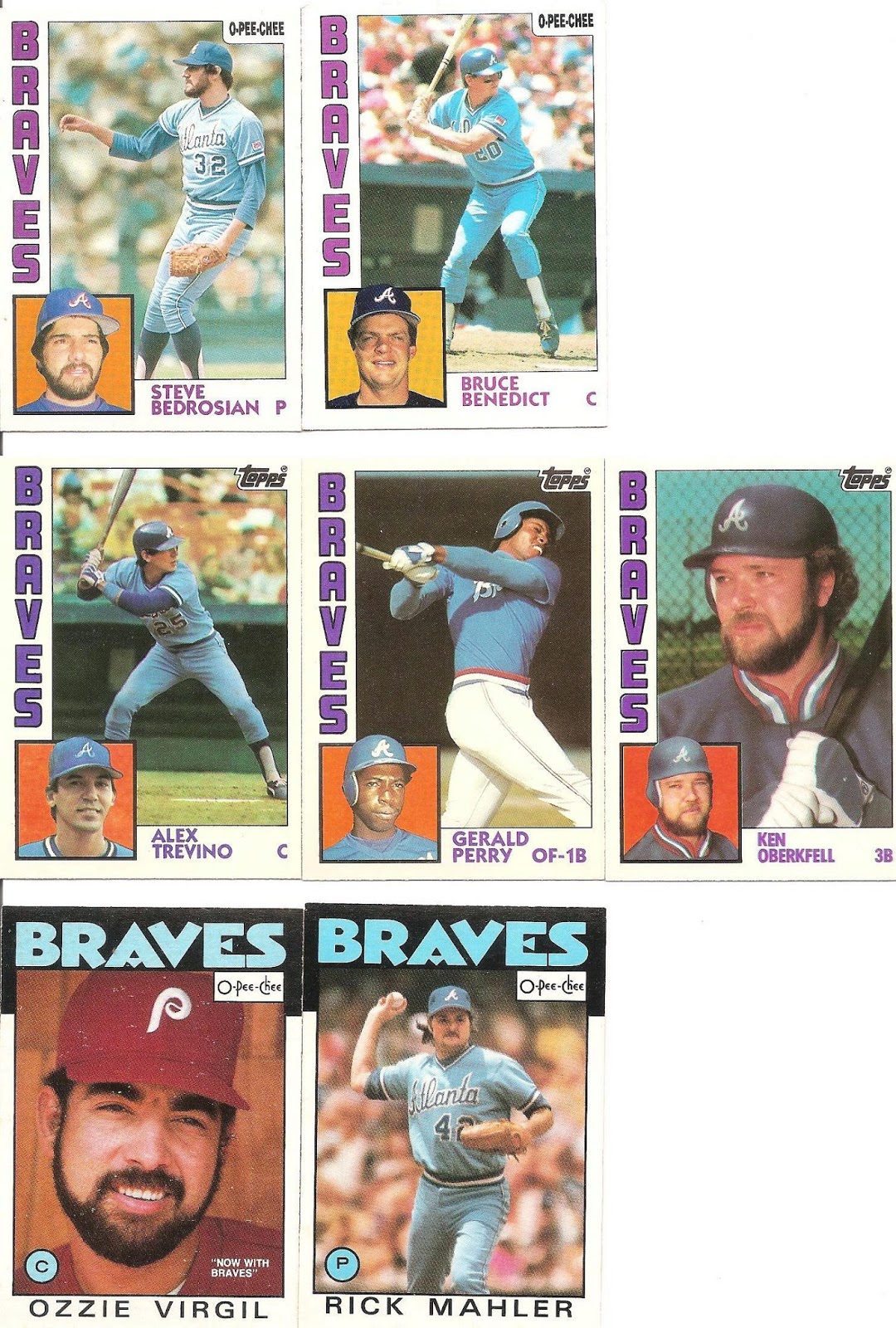 Two things....1) Grabbed those 3 Topps Traded cards to close that team set out, Boom Done!
2) Okay, so I am playing both sides of the record here with the Virgil. 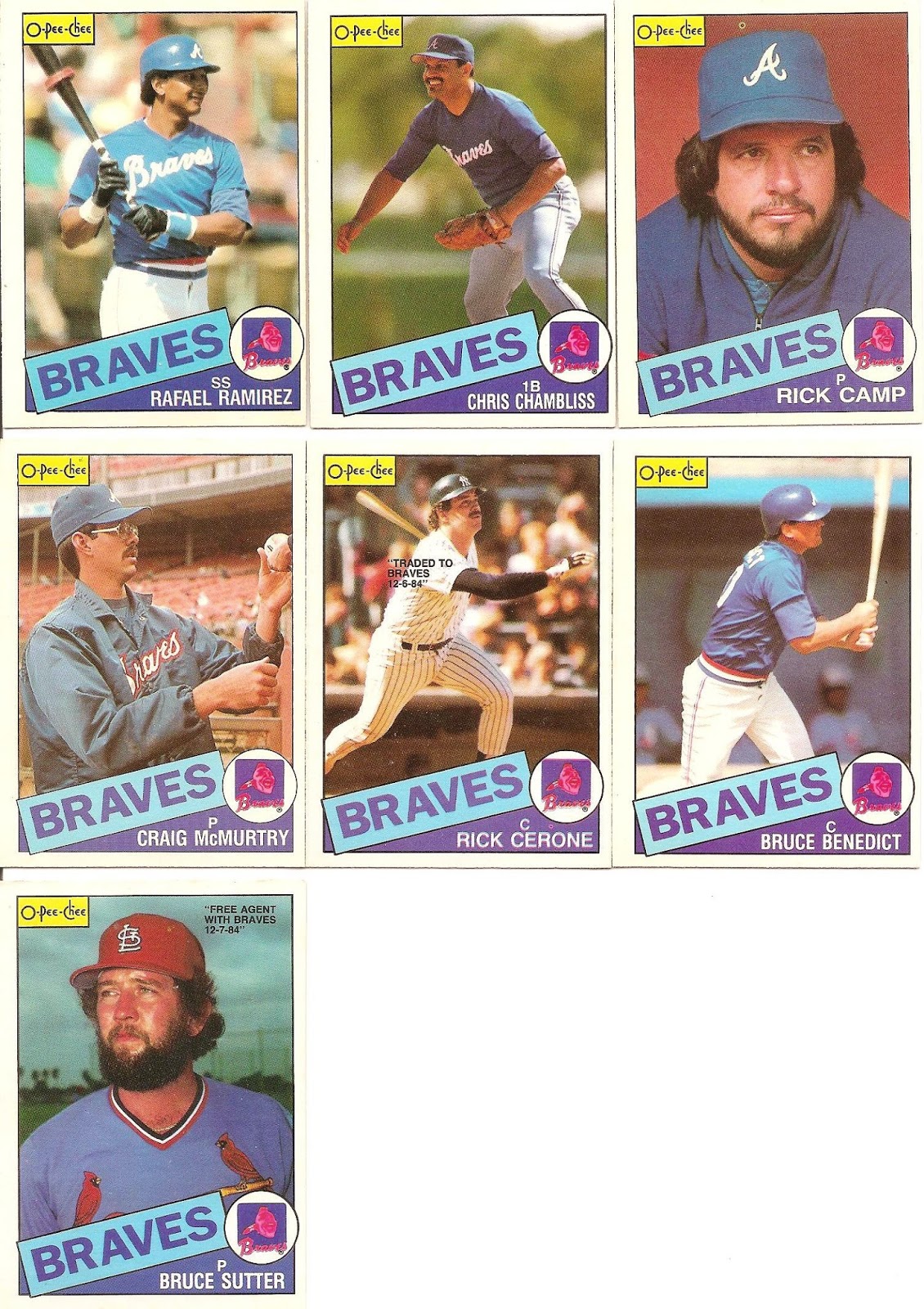 Again with Sutter & Cerone. Shucks be nimble, a signing and a donut, but I don't keep the donuts anymore. Will probably grab another McMurtry in time. 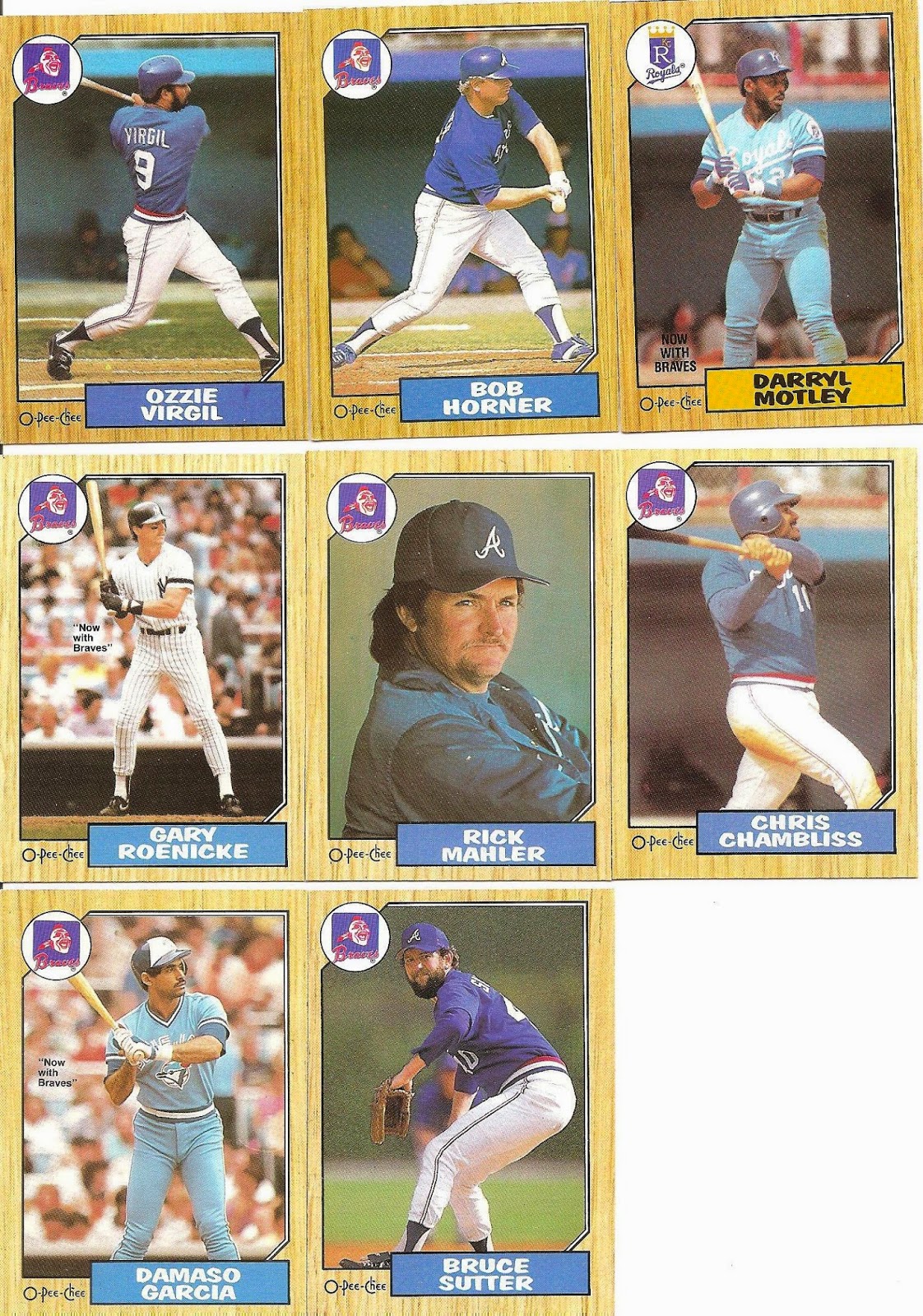 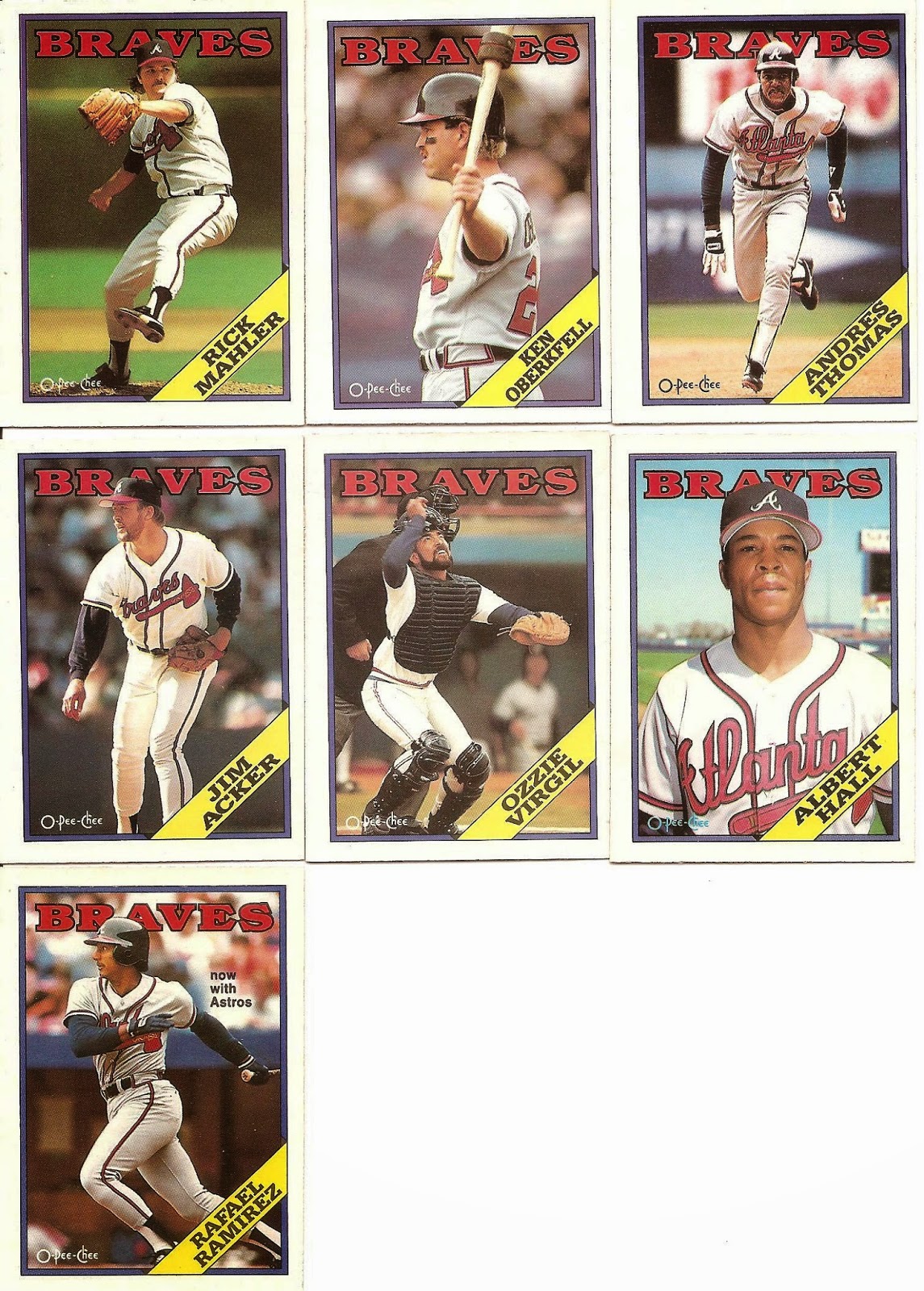 Now there is what I am used too. Braves uniform, Braves header, and text to new team. 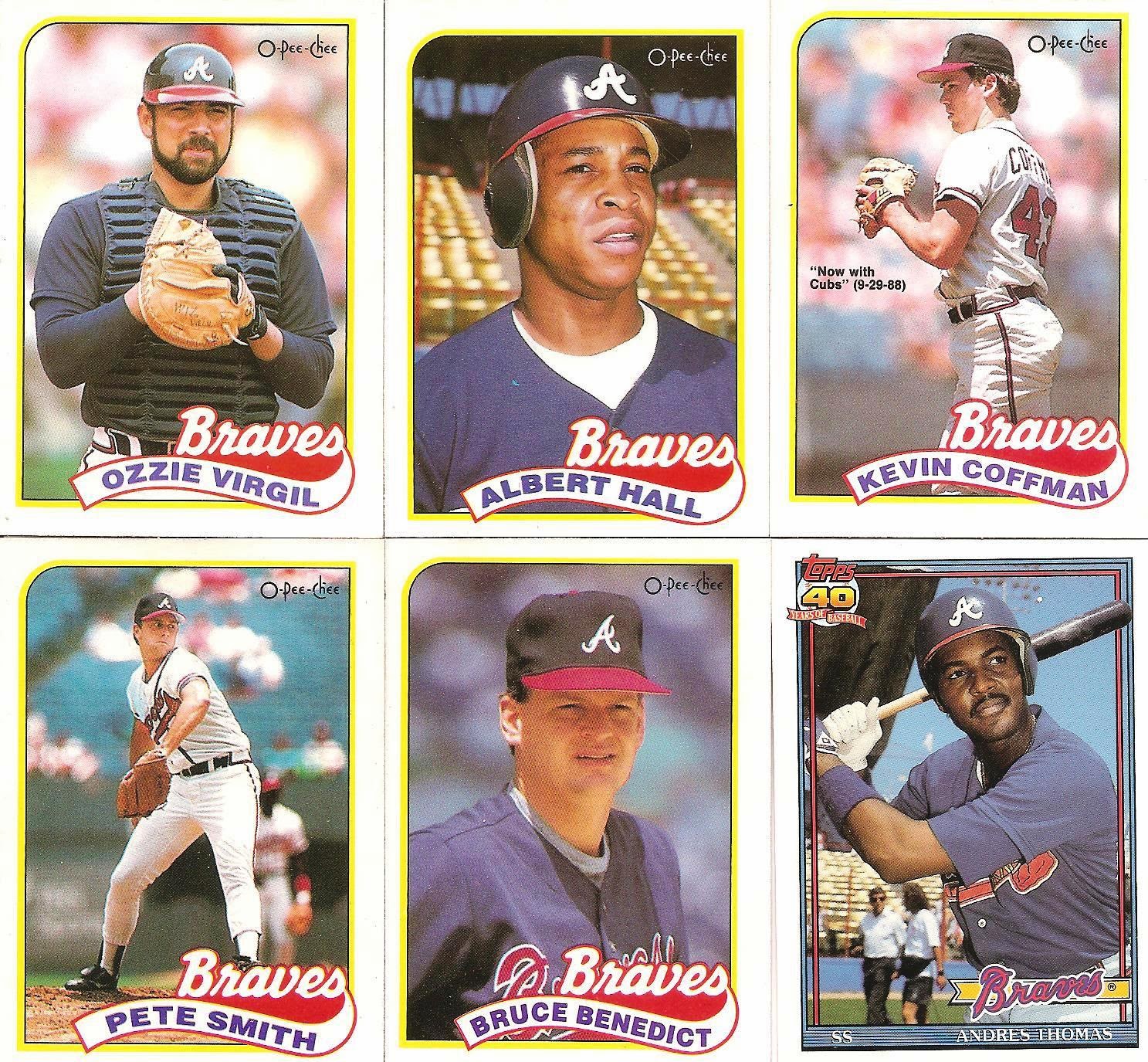 These are the 4 cards I received that were supposed to be Braves. Nope.

Yep, was supposed to be Blauser, Glavine, Lemke, and Gant. But no worries, JC is making it right. 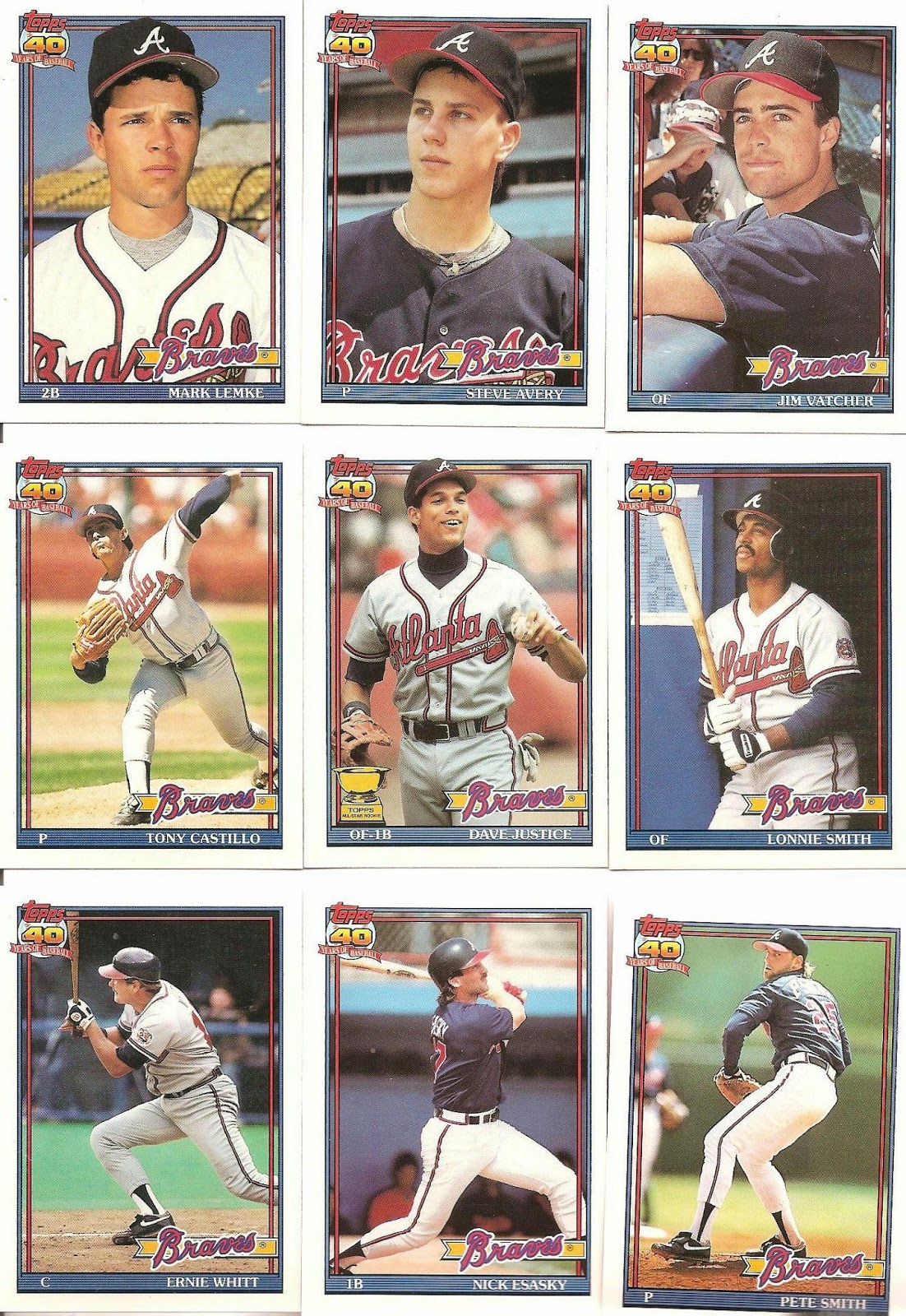 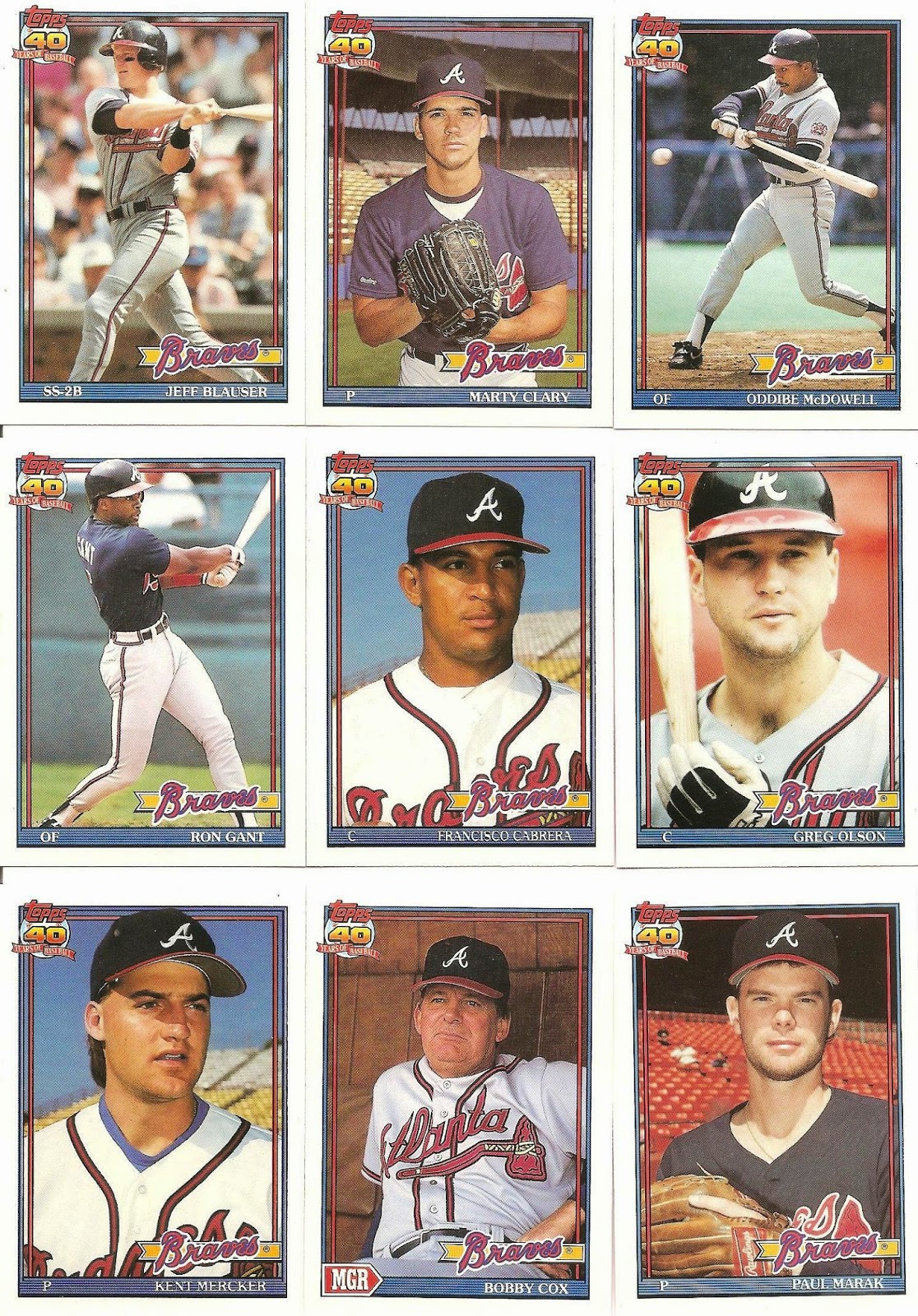 that is it for the OPC Braves cards and what was supposed to be Braves. Next post will be the player collections both Hall Worthy and Birthday guys. There might even be a few more cards to show off. After that post will be my Griffey cards.