Weekend before last I had gotten some cards for the ole binders and since showcased them here at Johnny's Trading Spot. That same trip to the flea market also netted me a $2.00 binder. That is a bit pricey for me, as I usually pick "binders" up at yard sales for .25 each or a box of them for a couple of bucks. So why did I pay $2 bucks for a binder that was not in the best of shape? That part is easy.... it had 71 pages inside..... you guessed it they were NOT empty, in fact most were double stuffed. The pages alone would have been worthy of the pair of Washington's. I did have to ditch 28 of them, rather cut them up for my triple wide PWEs. Anyways, I know I could have used this binder for the Lincoln Files, but decided it was too big for one of those posts. So what did I get inside the binder? 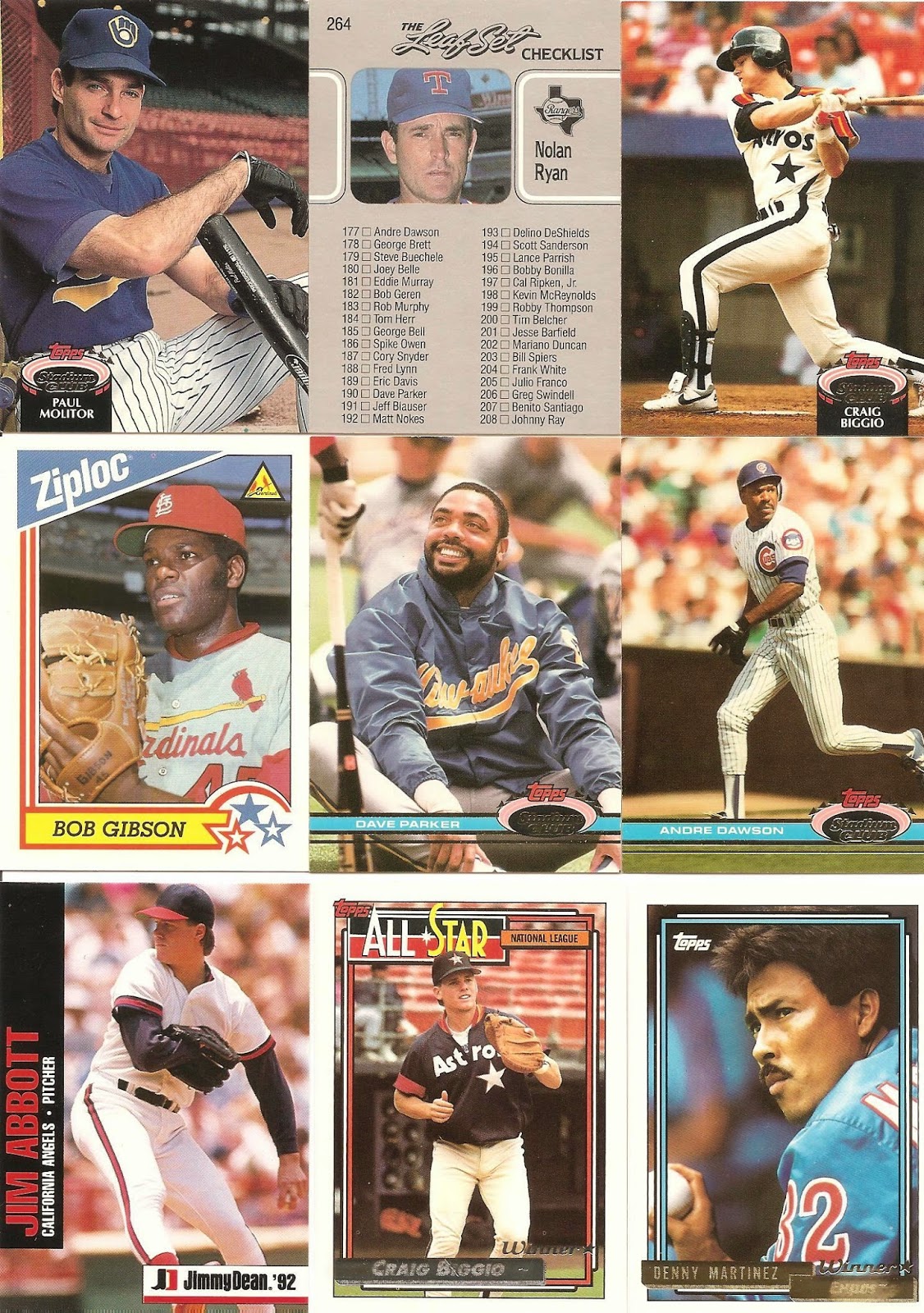 Those were some of the Hall Worthy.

A couple of the basketball, and 4 of the misc. 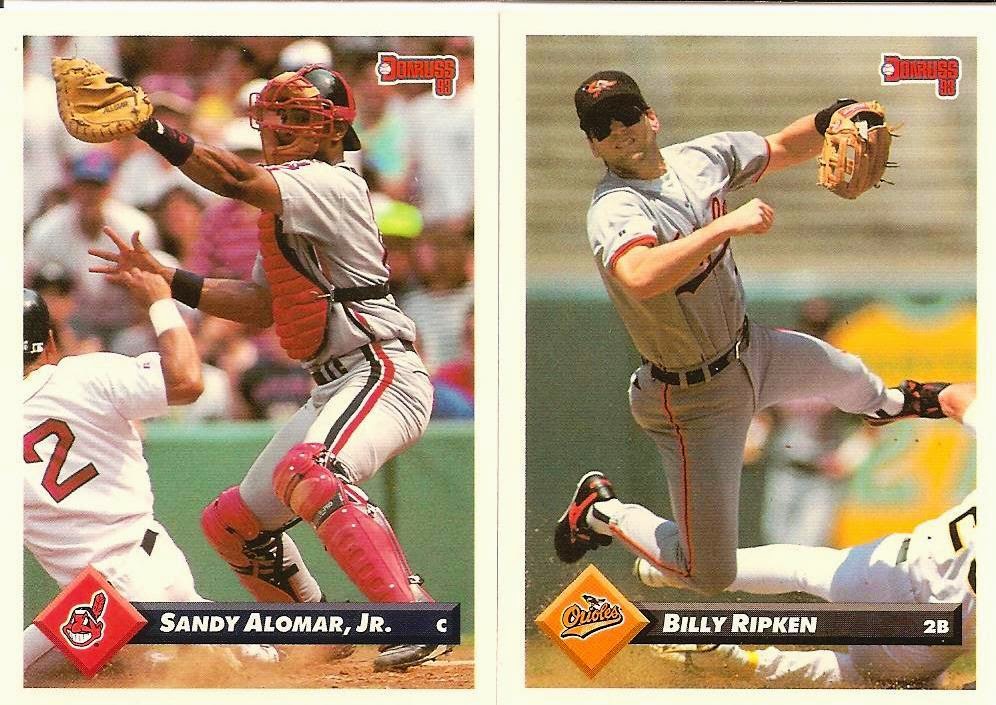 A couple of the 93 Donruss, but check out Ripkens back of the card. Both of these cards would make "other" peoples mini collection. 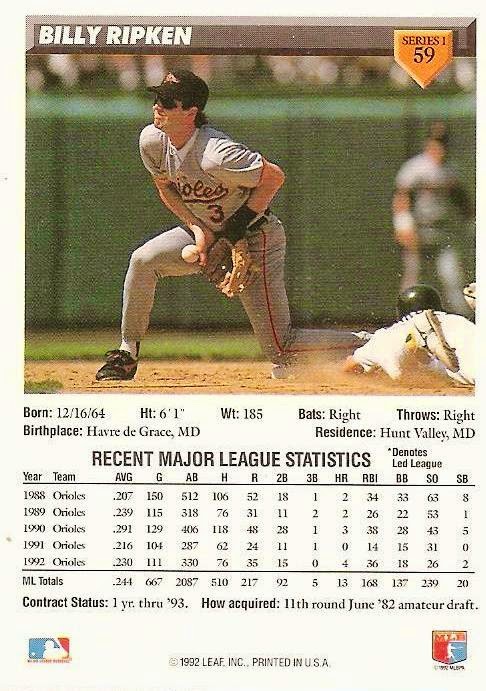 The grimace on his face as if he just knows he is going to miss it and will get klunked in the nads. 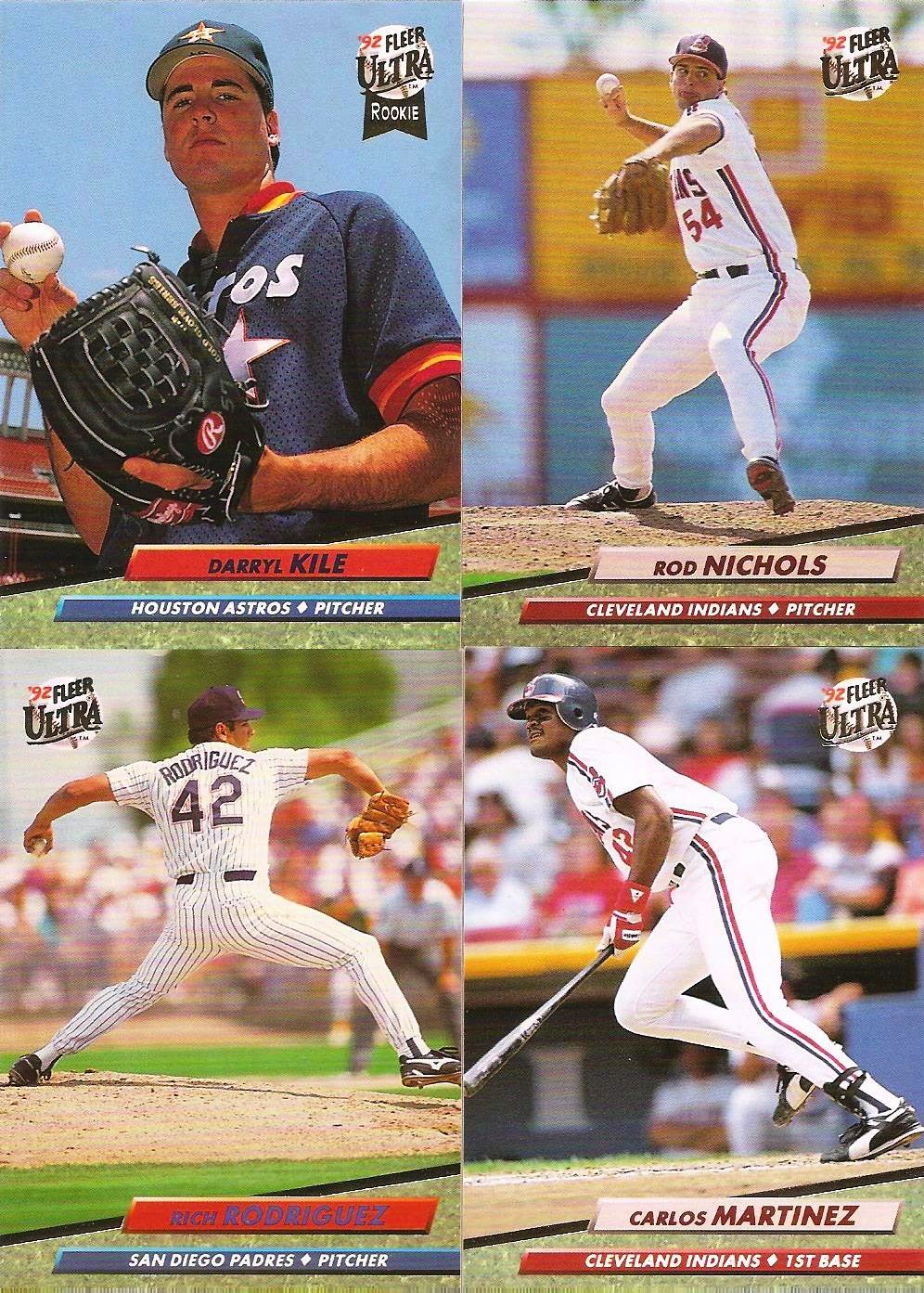 3 of these make "other" peoples mini collections.  And the fourth, well, that is a heck of a grip on the ball, even though it might not qualify as a grip shot. 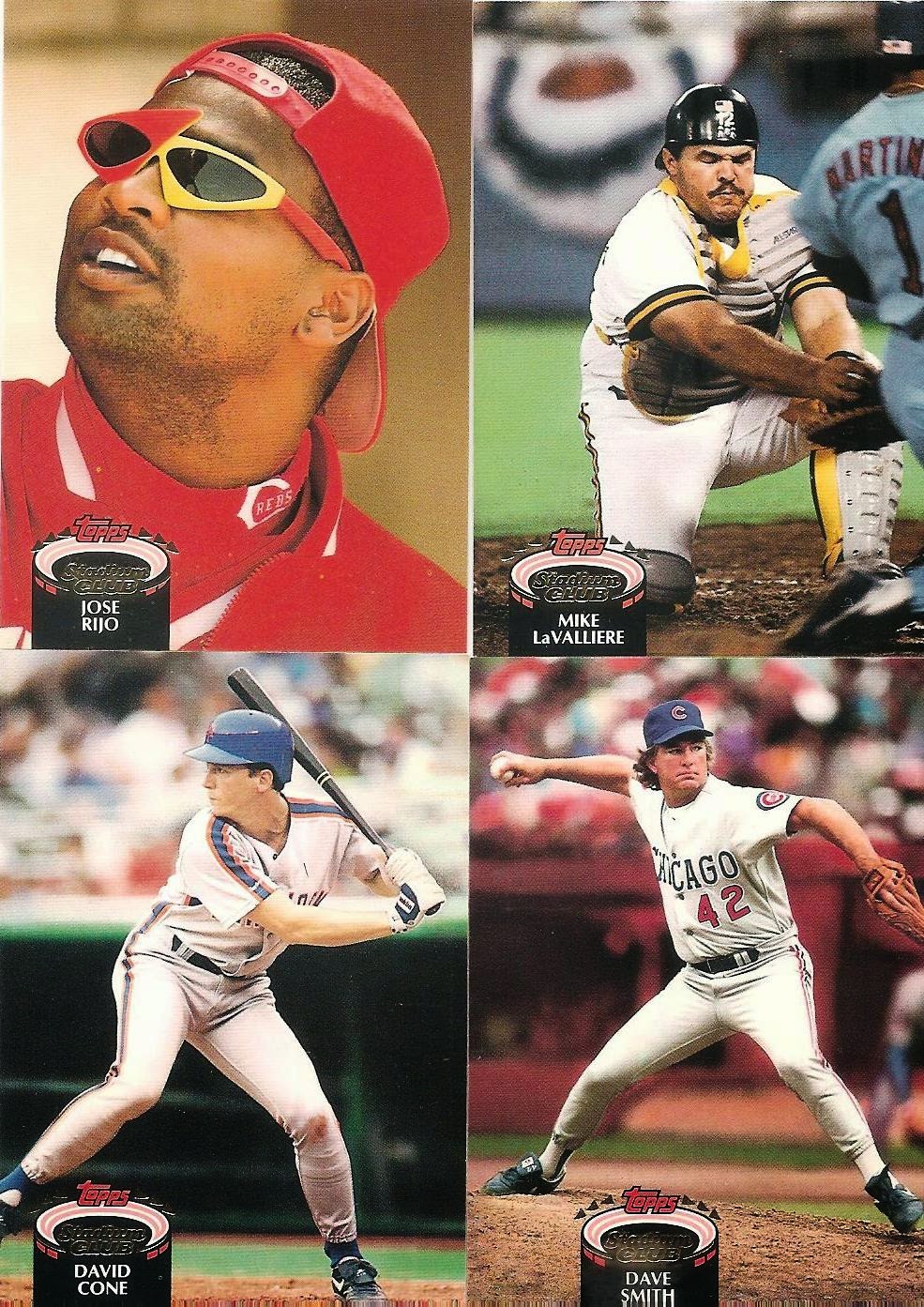 All 4 of these make "other" peoples mini collections. 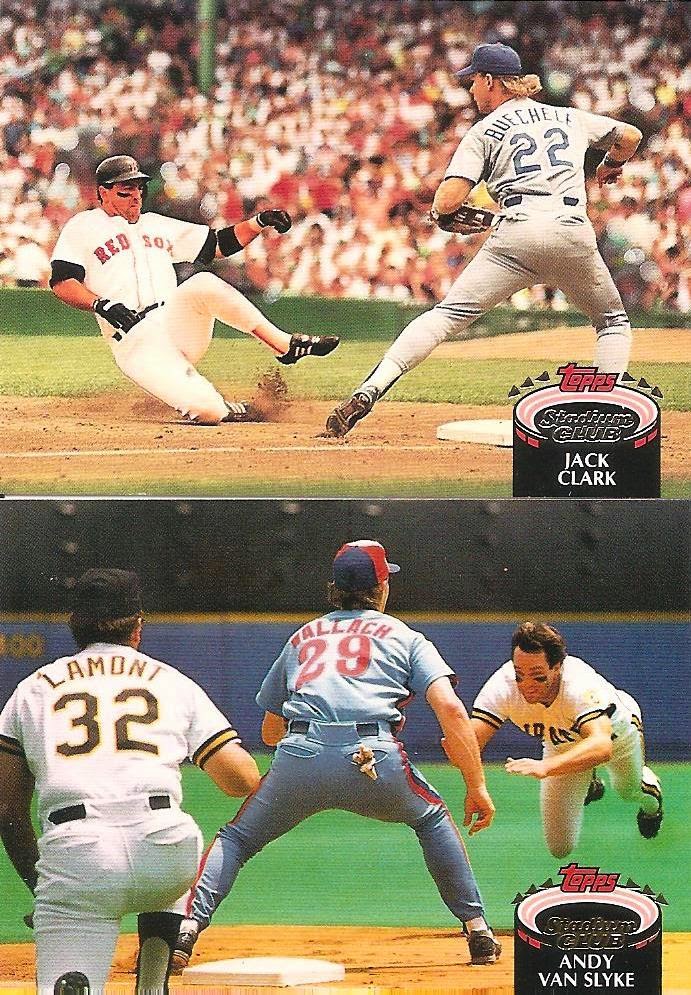 Van slyke would've made the Superman binder, but alas no more. At least not for me. 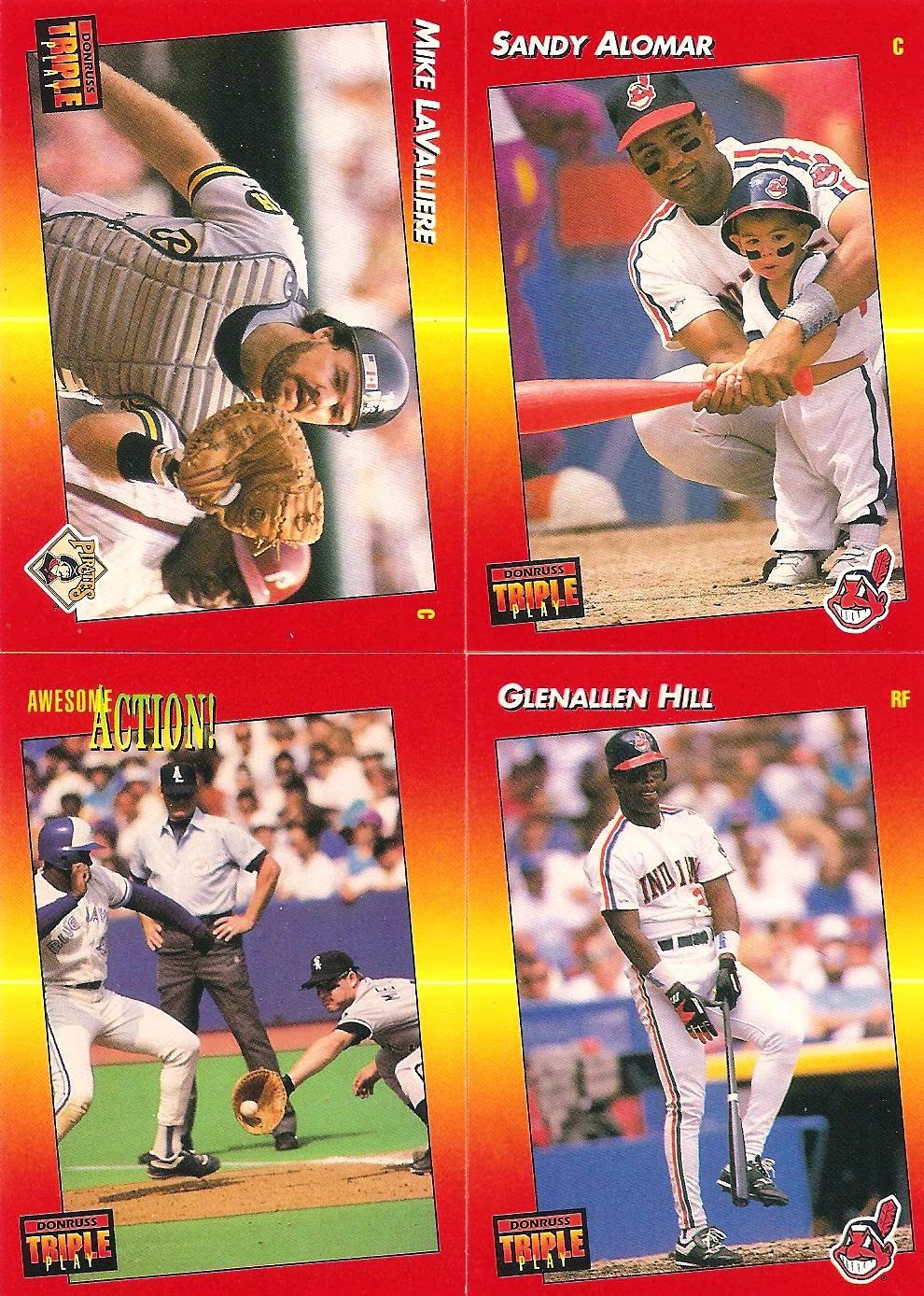 By now, you're getting the drift. 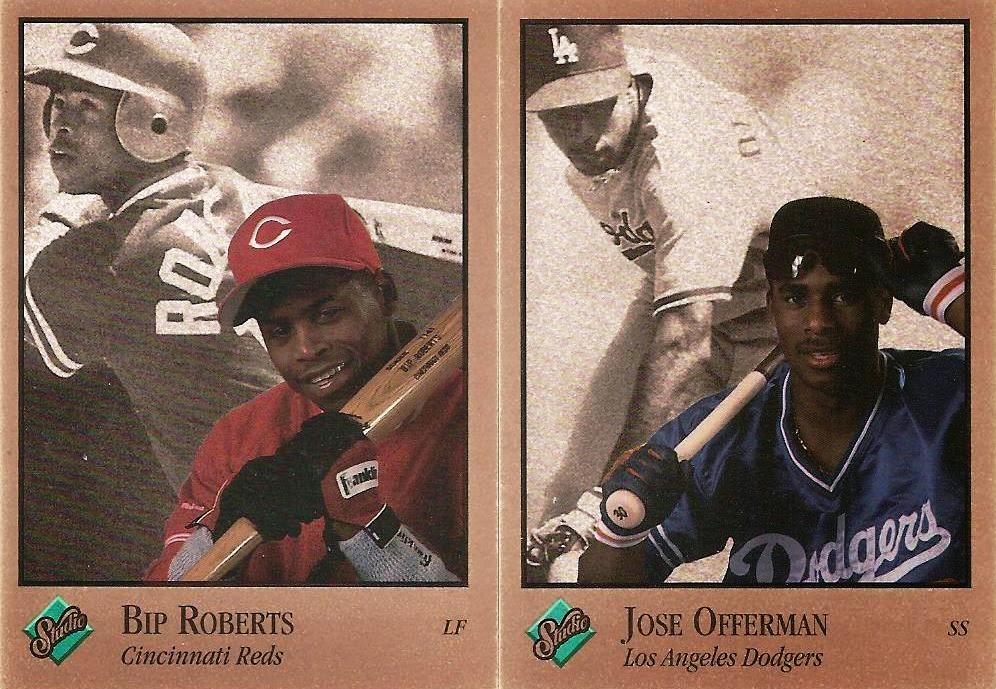 Studio sure does have a lot of the players loving on their bats, don't they? 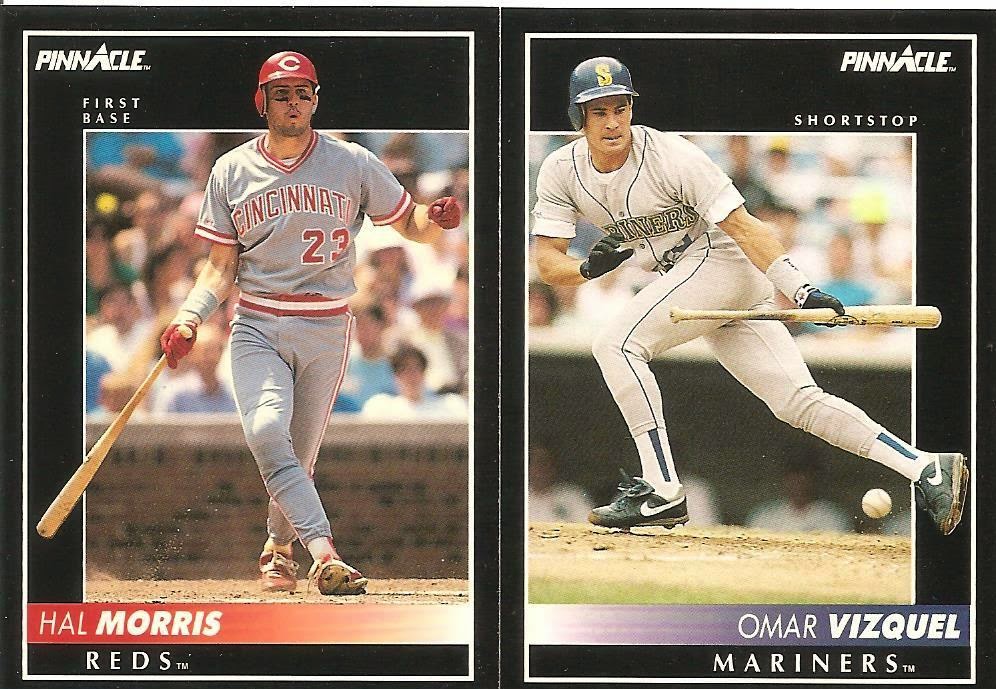 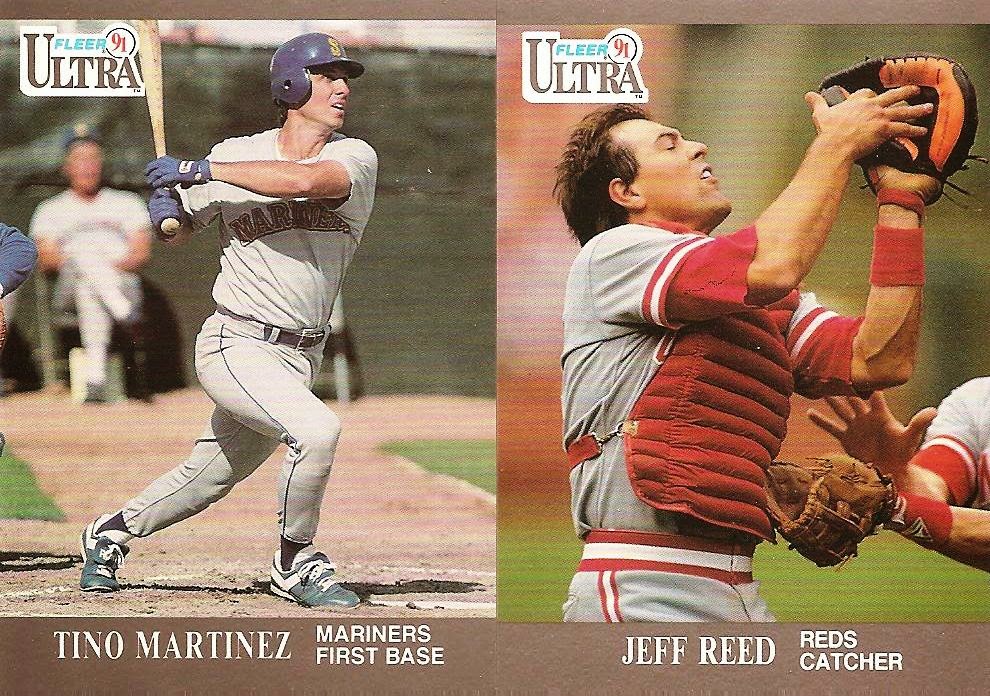 I got it, but just in case. 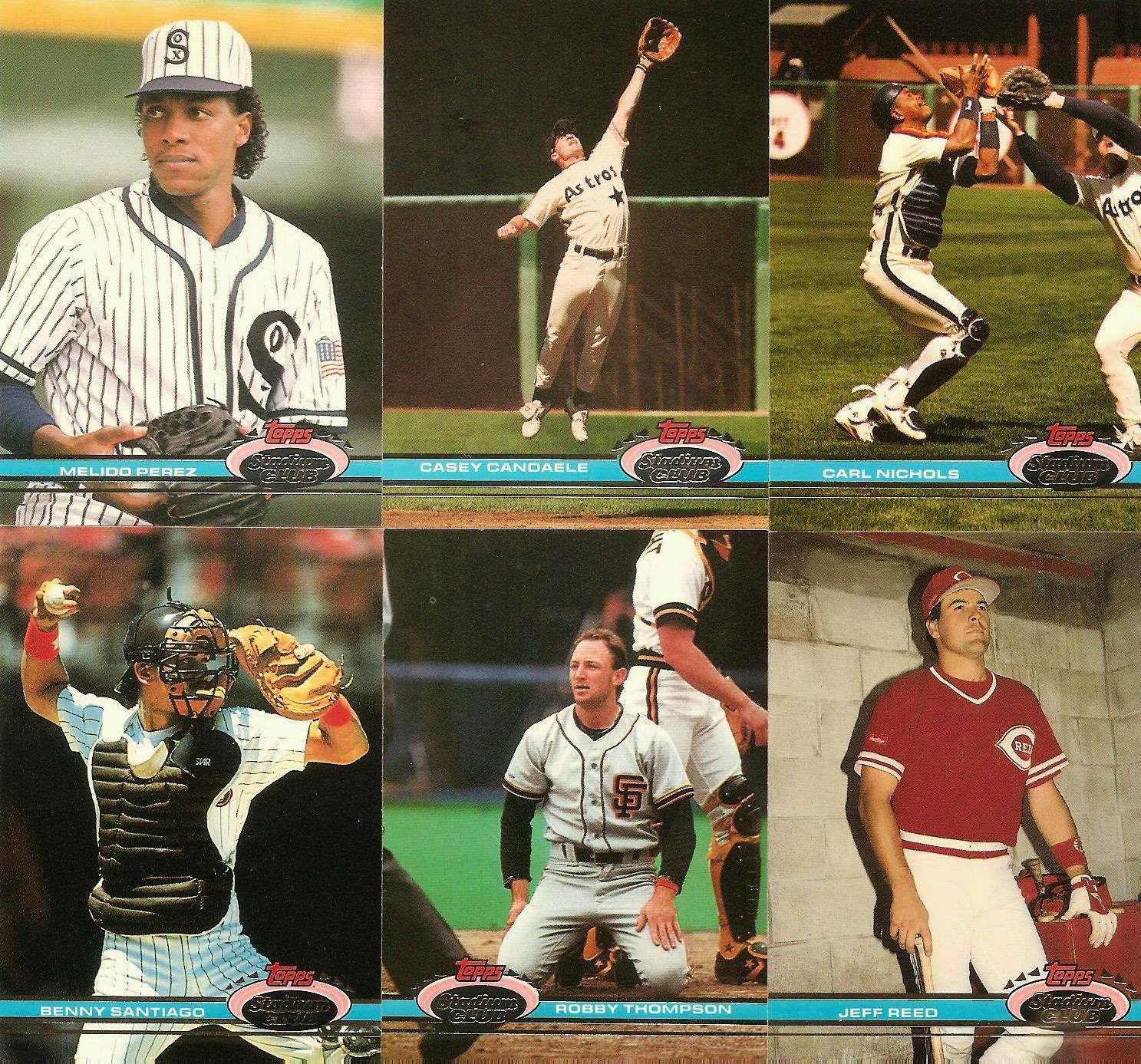 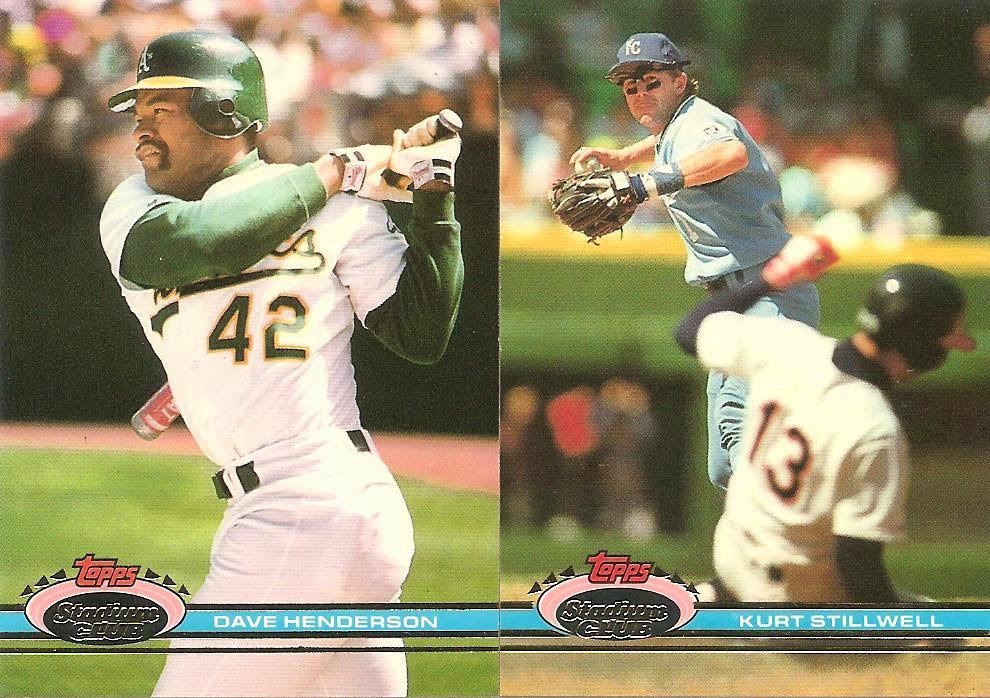 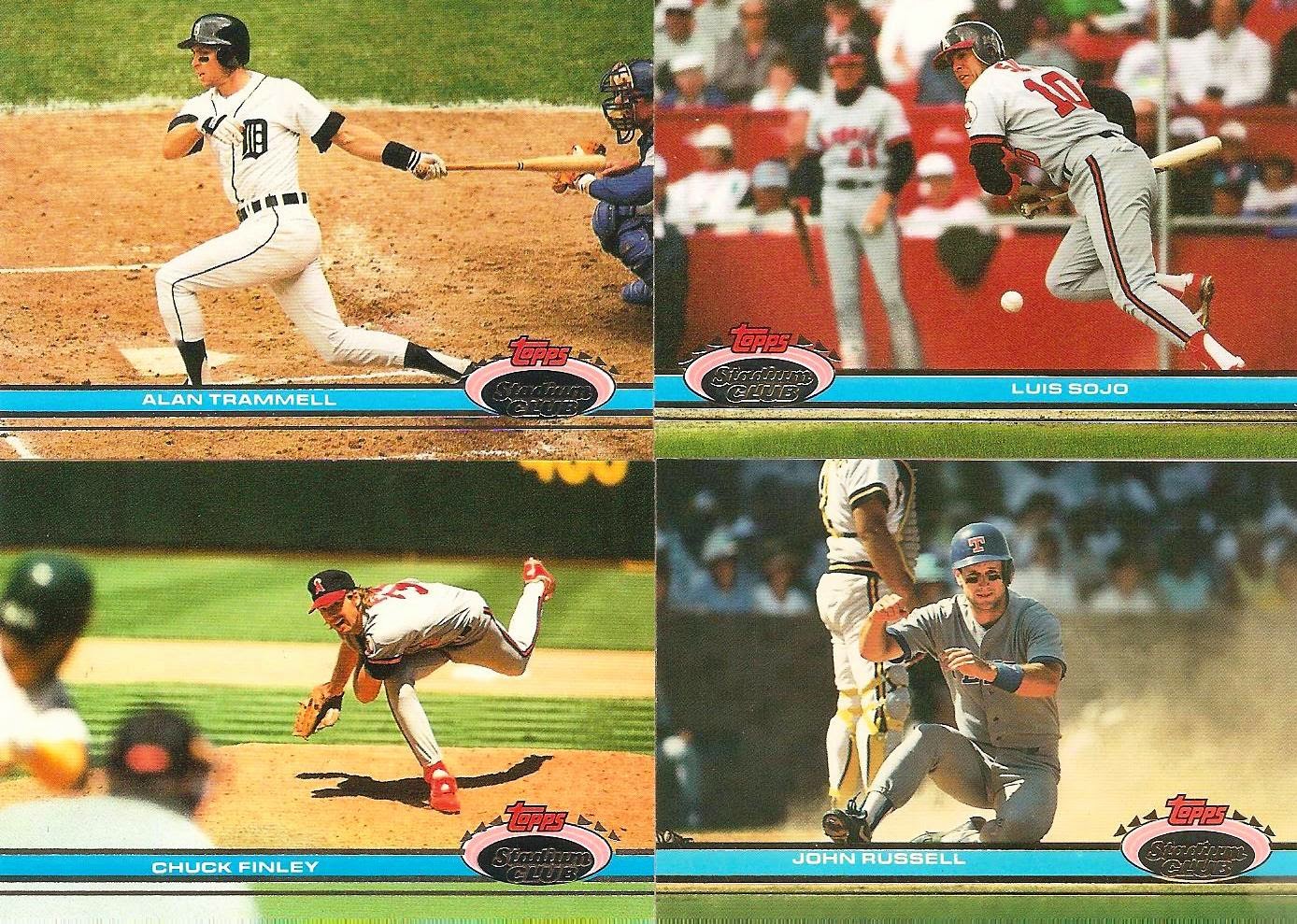 Pretty sure I am happy with the $2 expediture. Let's not forget the binder itself.