I was blessed to have participated in the "group" break held by brian over at "highly restrictive and completely arbitrary".  Picked up some cards for the binders, let us break them down. 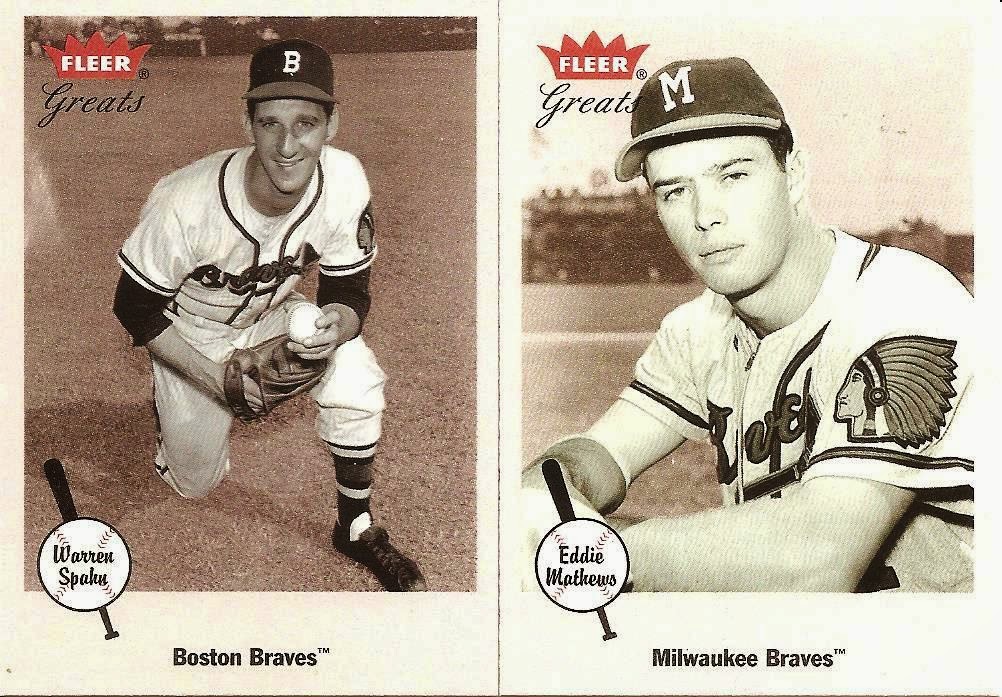 The Braves had 3 cards in the 2002 GOG set, and I did get them all. I already had the Murphy, but you will still see that card later.

2002 Gallery: Braves have 8 cards in the checklist, and here are five of them plus the two that I already had leaves me just needing one more #57 to close out this set now.

I haven't checked Beckett to see how many Braves are in this checklist (96 Pinnacle). I now have a total of 12 cards (3 Chippers and 2 Maddux). I definitely need all of the foil parallels. 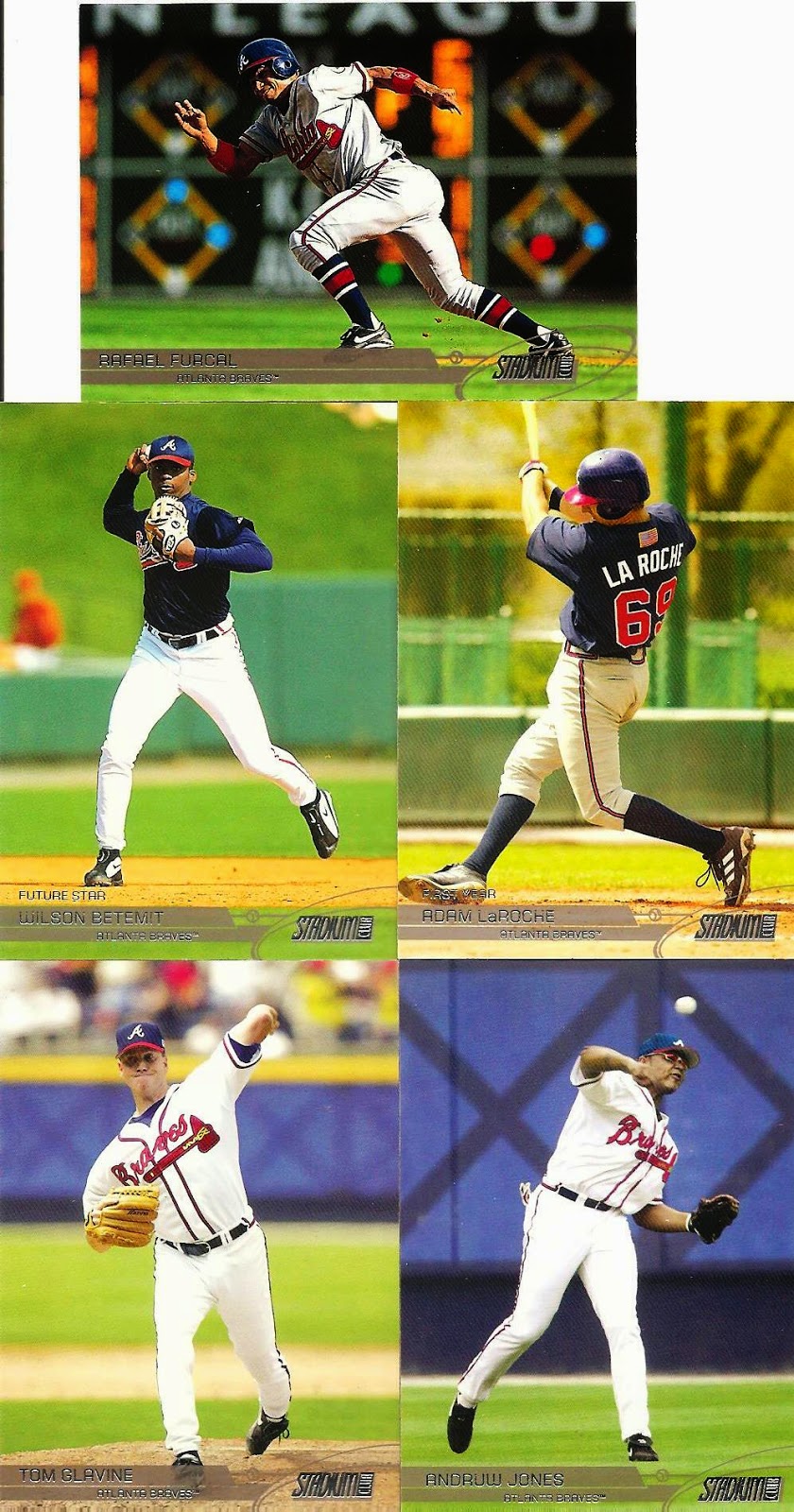 2003 Stadium Club: I show a checklist with 11 Braves whereas 3 have hobby versions & retail versions. I'm not sure if the box from this break was retail or Hobby (I think Hobby). I have 7 of the 11. I need Chipper #66, #81 ?, and two of three retail versions (I believe) #112 Betemit and #118 LaRoche. You can see teh Laroche & Betemit above. Again, I believe those are Hobby versions.  I did get Marte as well which was the version that I didn't have so I know I have both versions of that card. The photos are different slightly with his necklace flinging in the air in one shot and not the other.

I also was fortunate to get 2 Gold parallels from the break. Chipper, just can't go wrong with a Chippa! And also got LaRoche Gold.

Now on to my the best box from the break as far as Braves go. 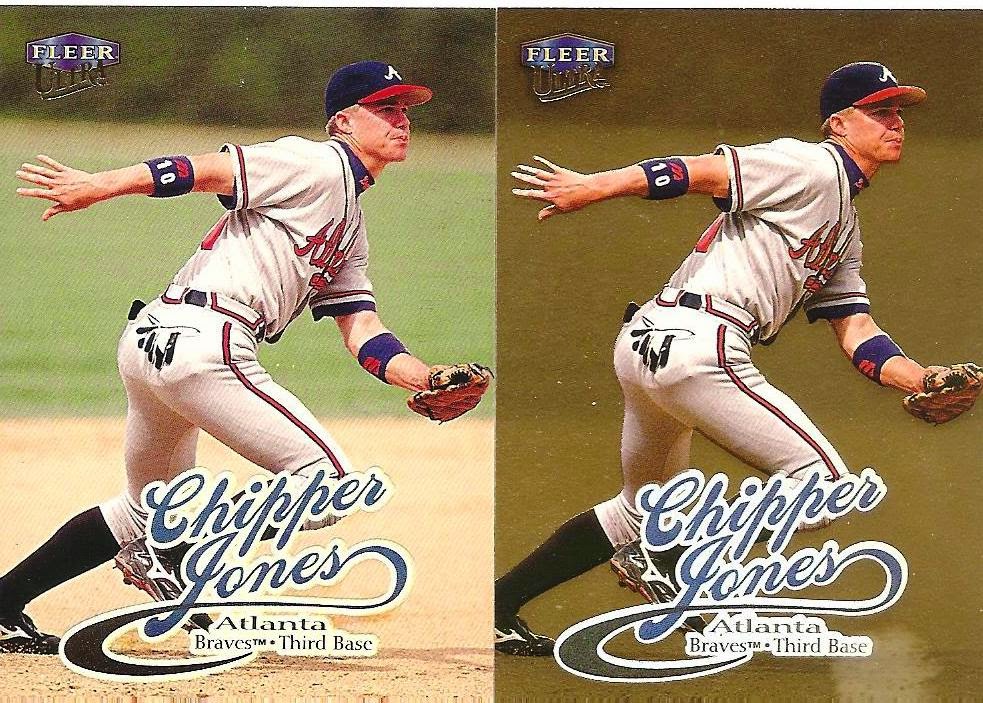 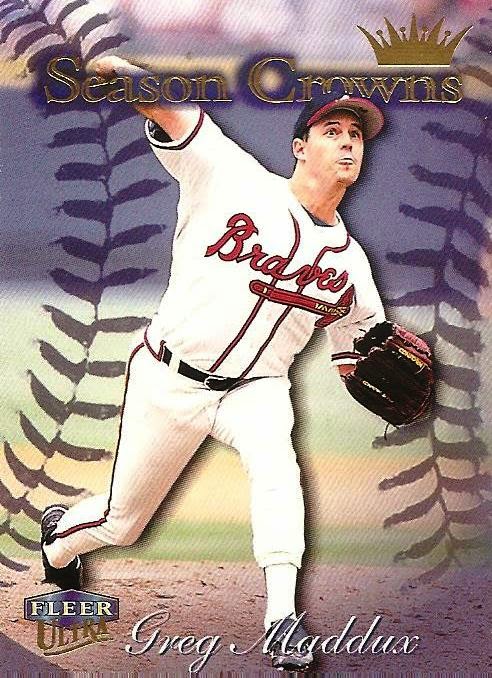 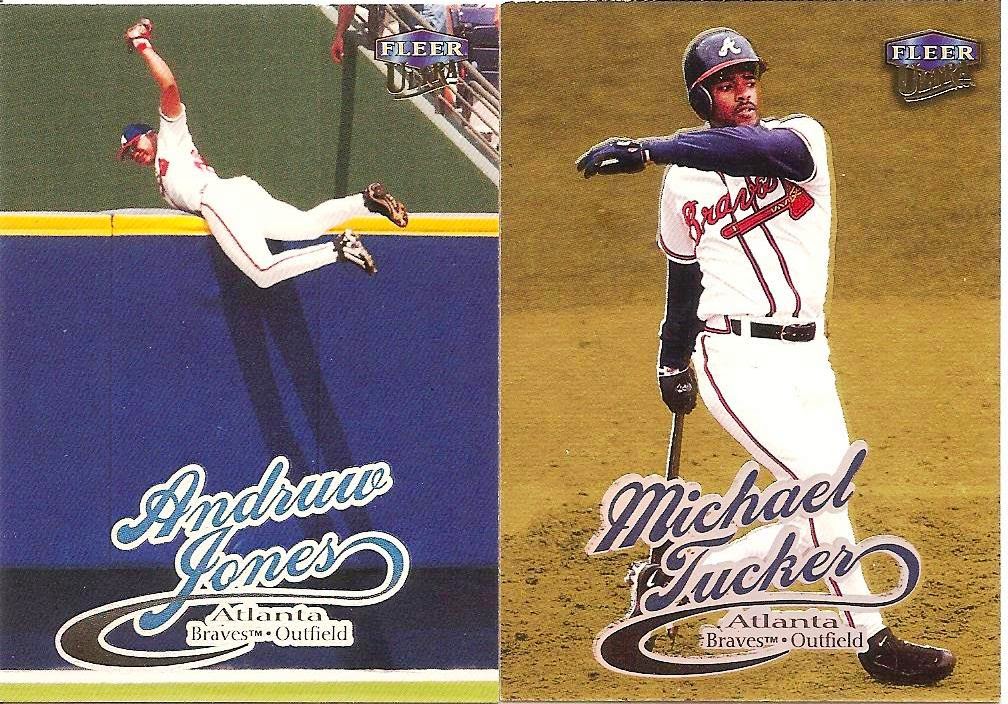 A Tucker Gold, and the photo shot of all of them the Andruw over the Wall shot.  How cool is that card?


Below are the actual inserts I got: 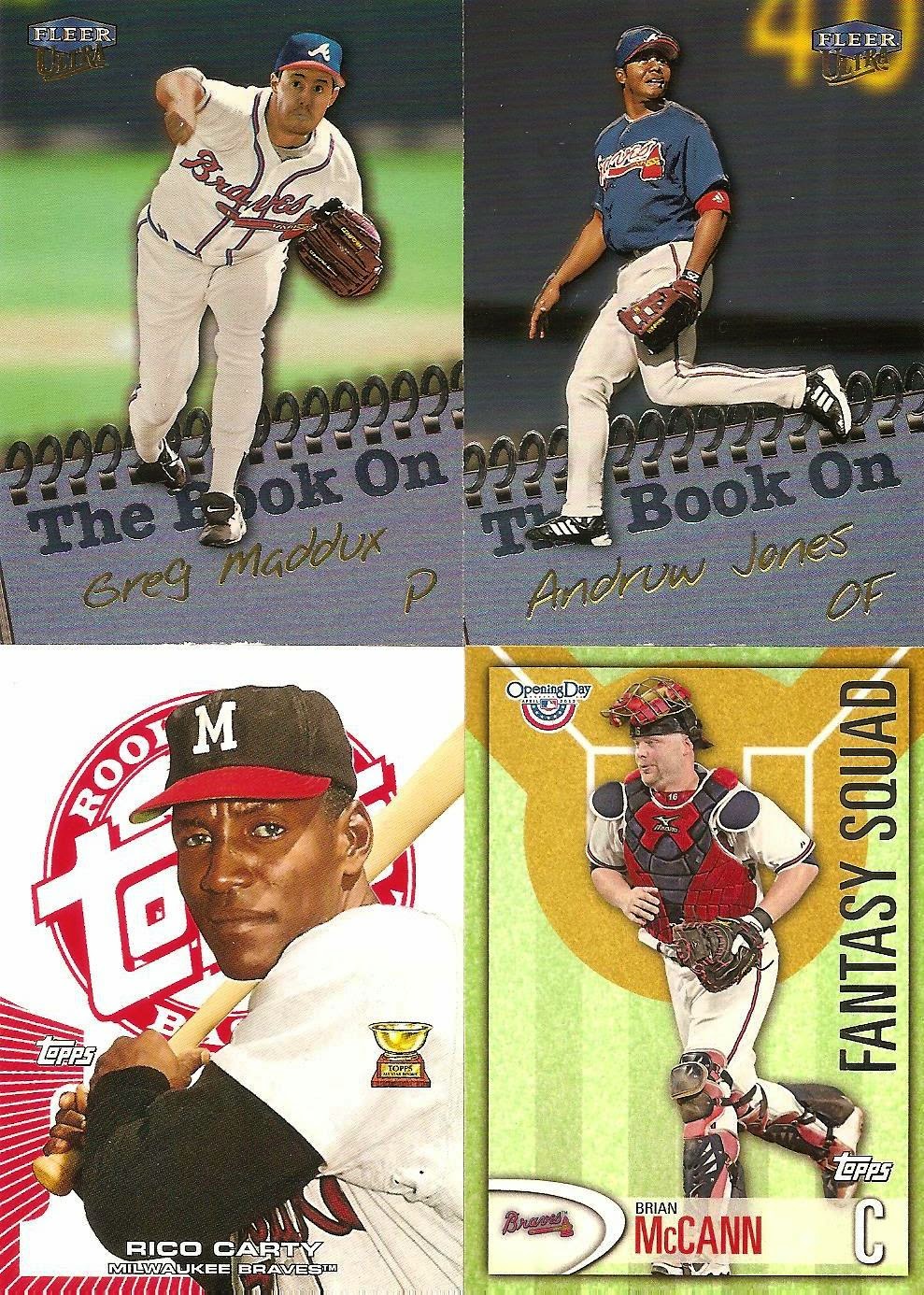 Those two Ultra's make them 9 cards to the TSC's 7. In case you were wondering why I said the Ultra was my best box from the break.  The bottom two inserts you see were throw in from Brian (thank you), but he didn't stop there. he threw these in too:

Hey if you're going to throw in something why not some good ole vintage 65s. How great is that?

4 More Ultra and 2 TSC. see Ultra still wins. That Marte IS AND WAS NOT a double, I mentioned above about it being the "other" version. I just didn't catch it before i scanned it. Now let's look at the cards, there is a bunting card although I am not collecting them anymore 9 I probably should of put that in the stack of bunts that are up for trades (262ish unique), but I didn't it is now mixed amongst my Braves dupes. The Neagle has been placed in my signing binder (one of the few mini collections that I decided to keep). Leaving us the Glavine for the Glavine binder. Braves are tough on my Hall Worthy binders effectively making me need doubles of all of them. But hey this one has a home there now. I have made some progress on my Players Collection page on my website.

Three more Ultra, ANY QUESTIONS? The Maddux makes a new home in the Maddux binder (like the Glavine). Go figure I already had both base and gold of Graffanino.

The last three. As I mentioned at the start of this post, that Murphy made the complete team set, and I did have one, but guess what....I needed one in the Hall Worthy binder. The same goes for McGriff, he also goes in those binders.

Brian, thanks for a great Break! Working on your return.
Posted by Johnnys Trading Spot at 10:33 PM