Huh? Jeff from 2x3heroes sent me a small flat rate box full of goodies. Jeff usually specializes in the PWE, in case you didn't know he has a PWE club which I am proudly a member. Check his blog headers.

The box Jeff sent me besides being out of the ordinary was filled with the out of ordinary cards. First we will look at the more customary cards Jeff hit me up with. 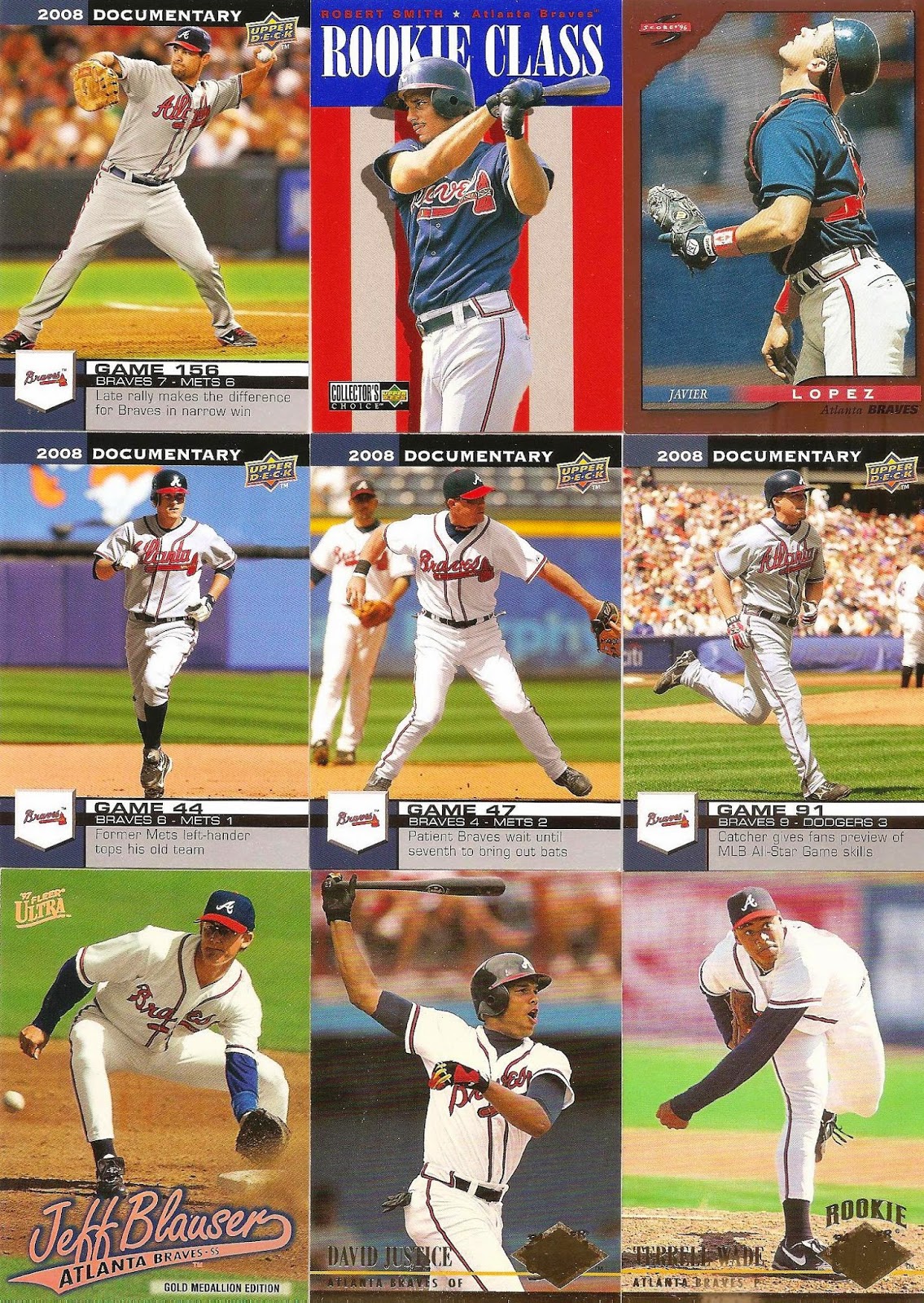 Braves for the team sets binderS. 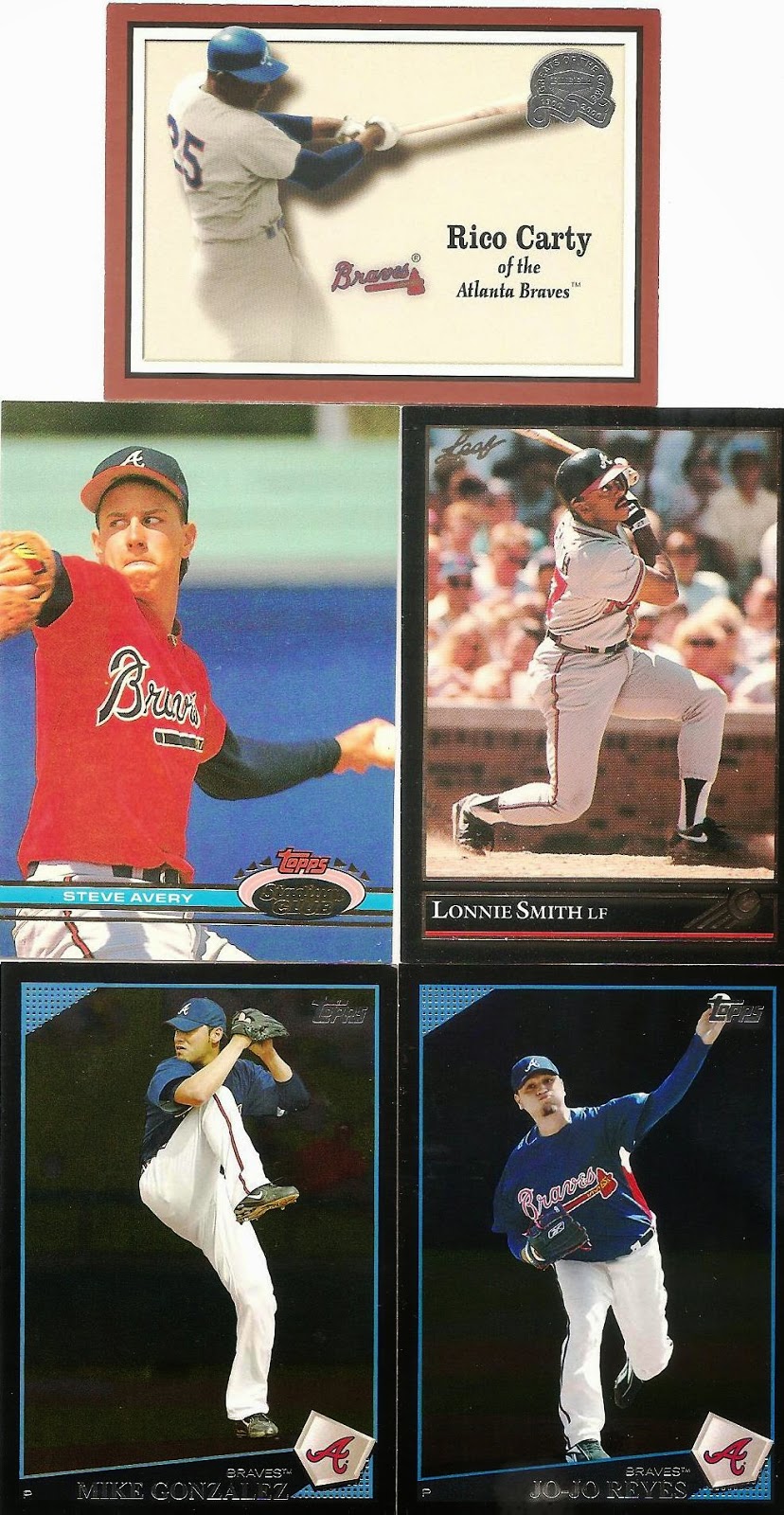 More for the team set binderS, including the two black parallels. To my surprise, the GOG is the first Braves from the 2000 set in my collection. 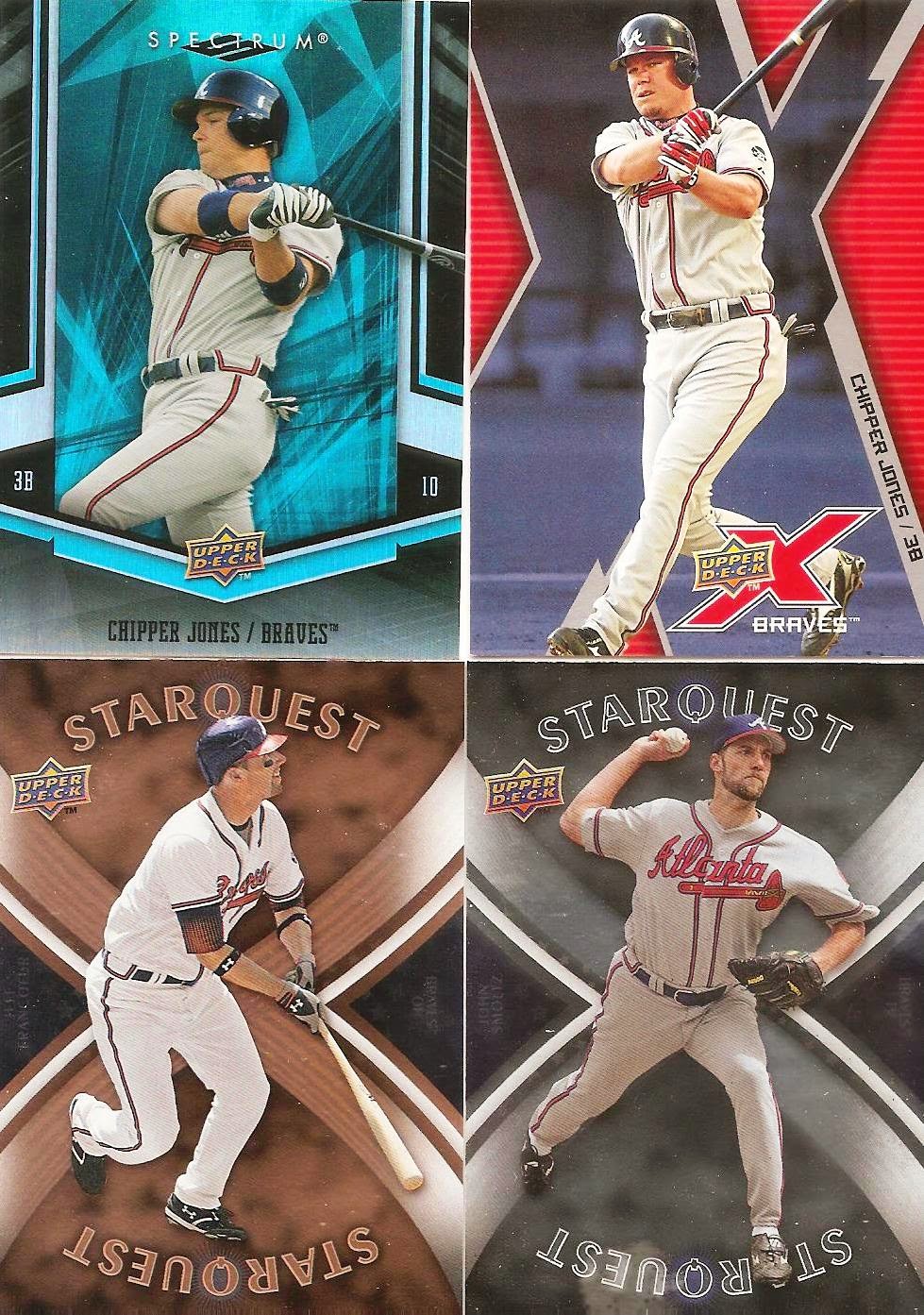 The two Star Quest's were needed parallels, but the two Chippers are going into the Chipper binder with my Hall Worthy cards as I already had them in the team sets. Yep, works for me.


Now on the uncustomary cards Jeff filled the rest of the box with. I mean filled. 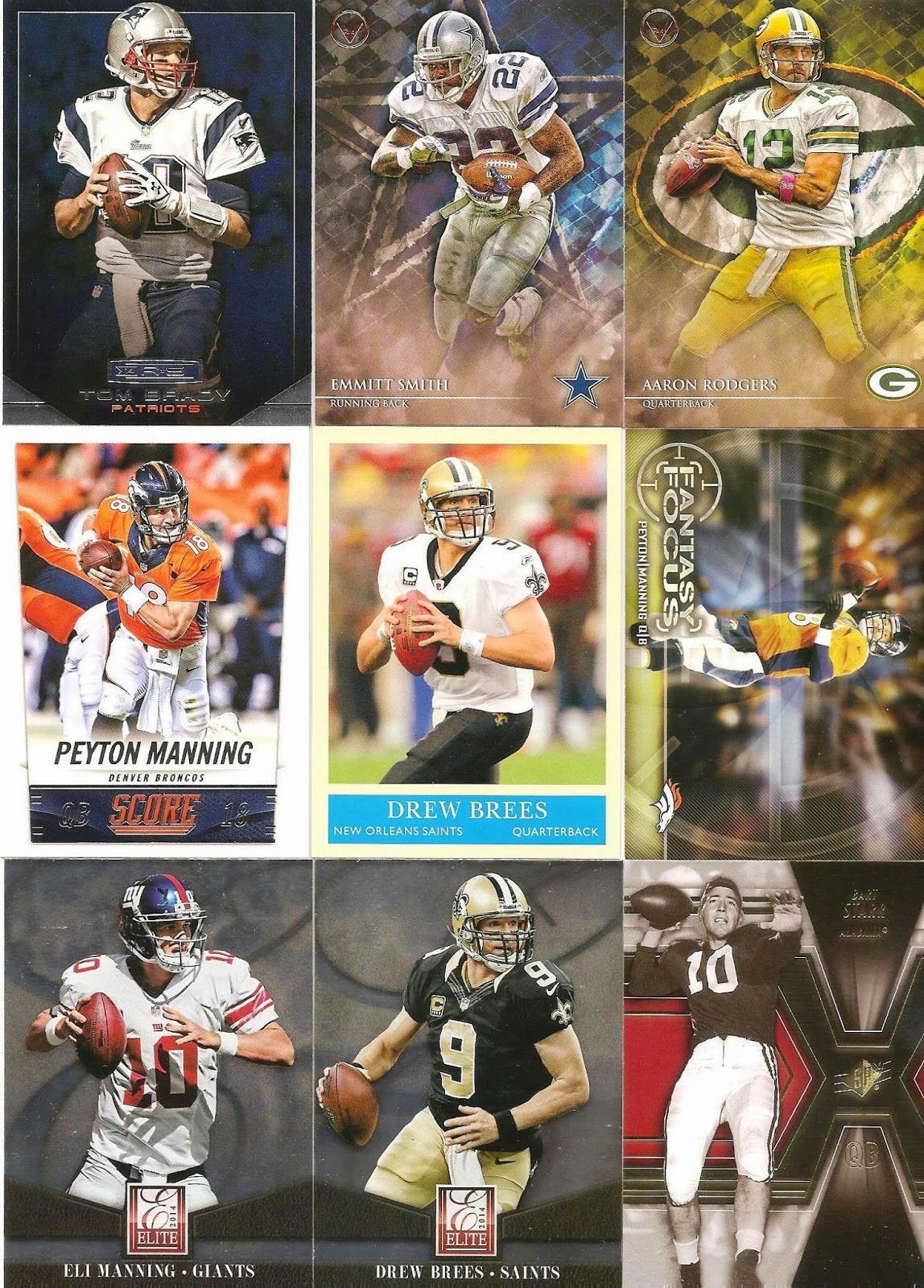 Okay, will keep these. 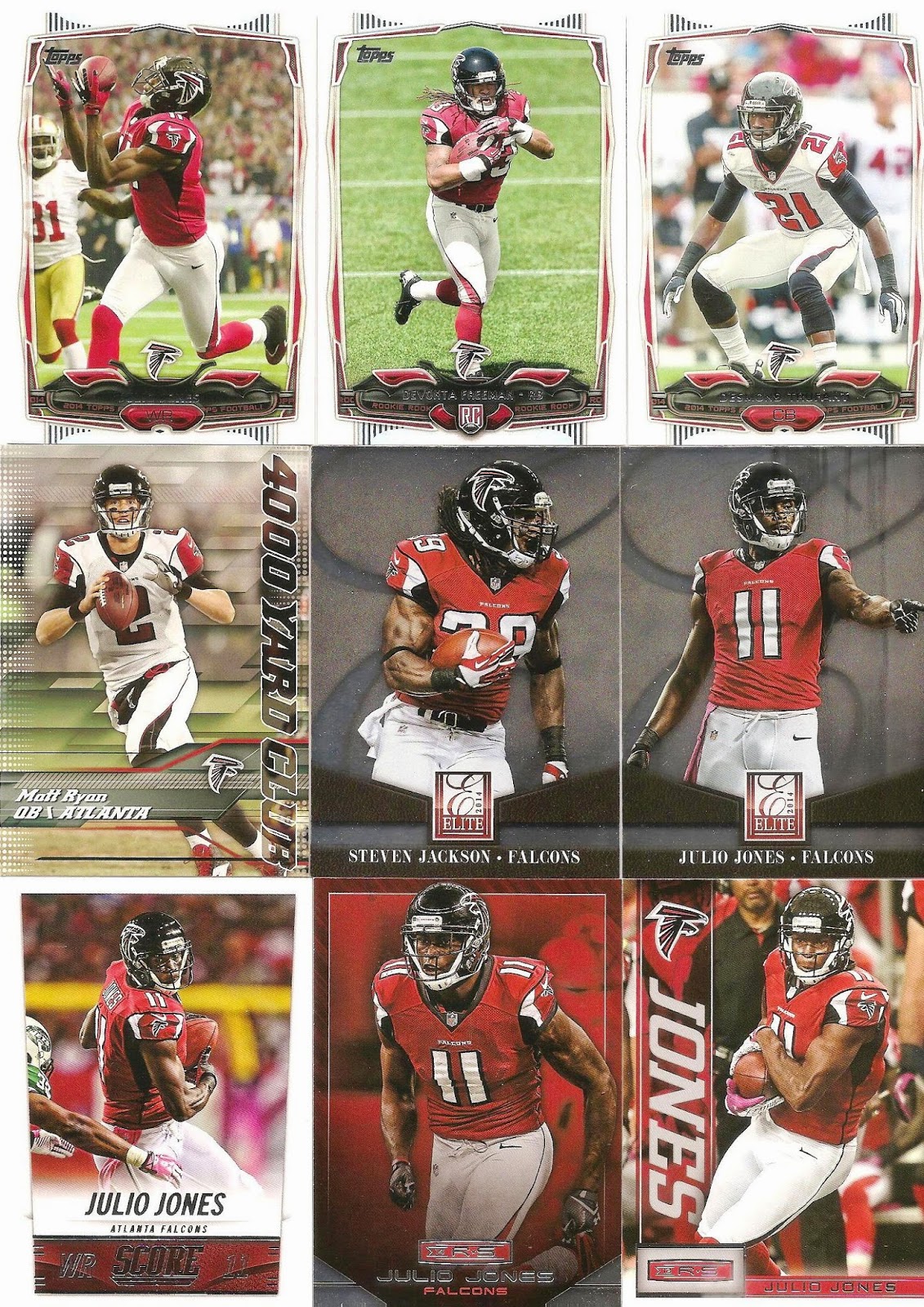 Falcons, yep keeping these. One of these days, I may just have to go through and catalog my Falcons & Buccaneers Binders. 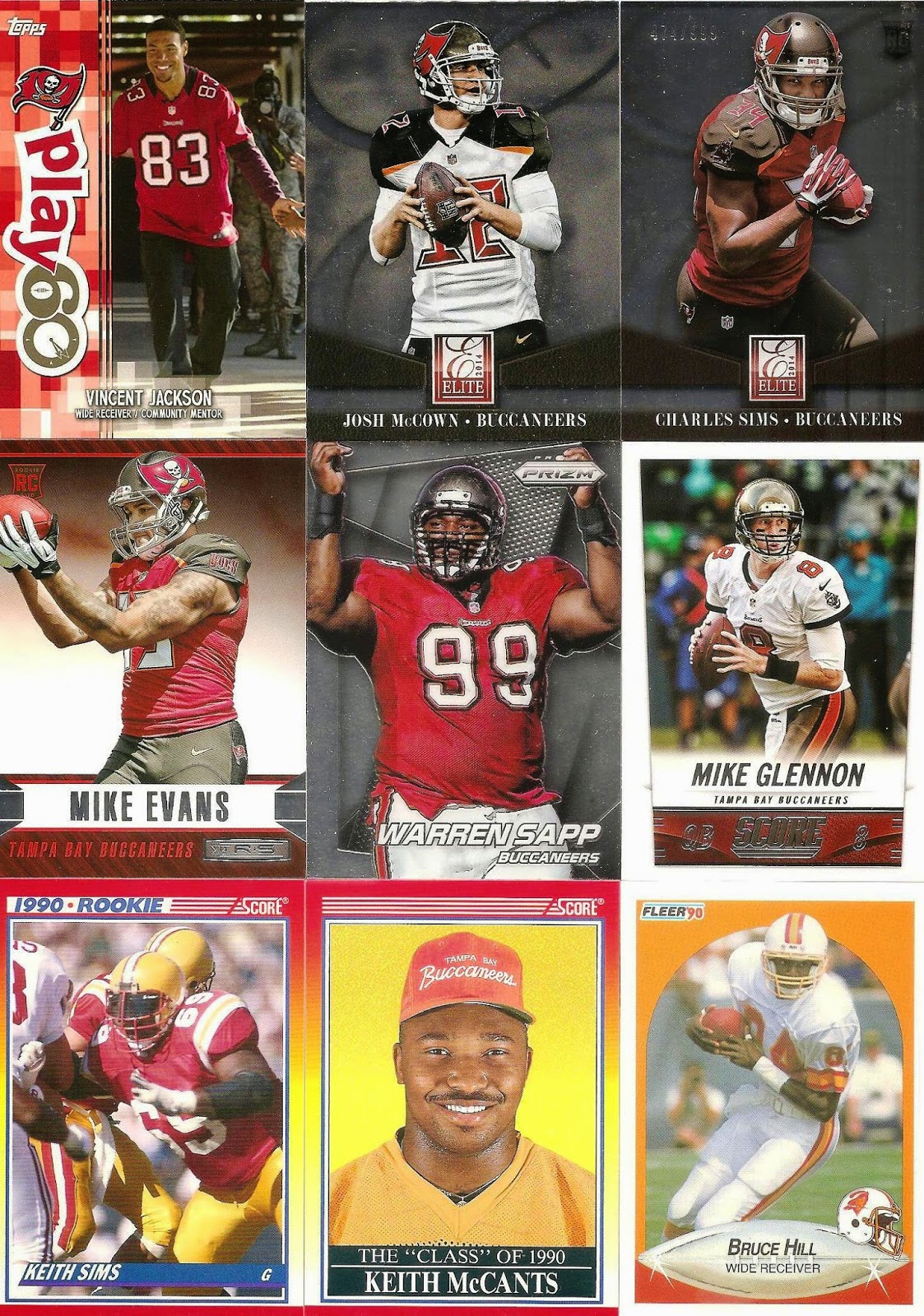 Yep, keeping em. Can you believe the Buc's dealt Glennon away a couple weeks back? 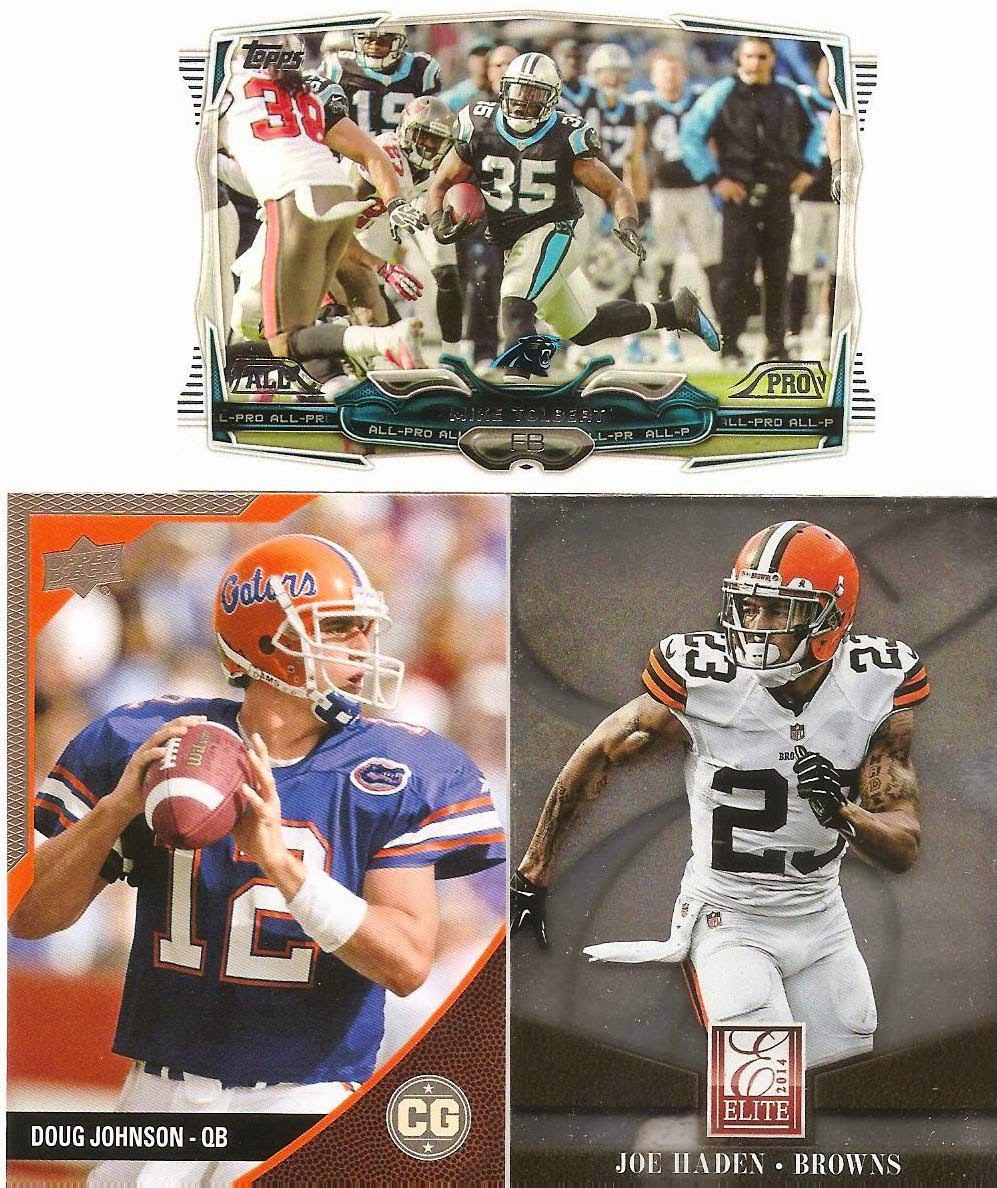 One for the Buccaneers in the Background Binder, and two for the Gators Binder.

The top card is a mini in case you couldn't tell.  That Steve Young is earmarked for a lady friend at the Post Office. The Clarity card is the thickest card I've ever seen, it had to to be the entire pack. It is a clear plastic (the best I can tell) over an 1/8 inch think, maybe a 1/4 inch. Being in Florida, my vendor buddy Bob, may want dibs on it.

More for my friend at the PO. She is a die hard 49ers fan. Willis is her guy. 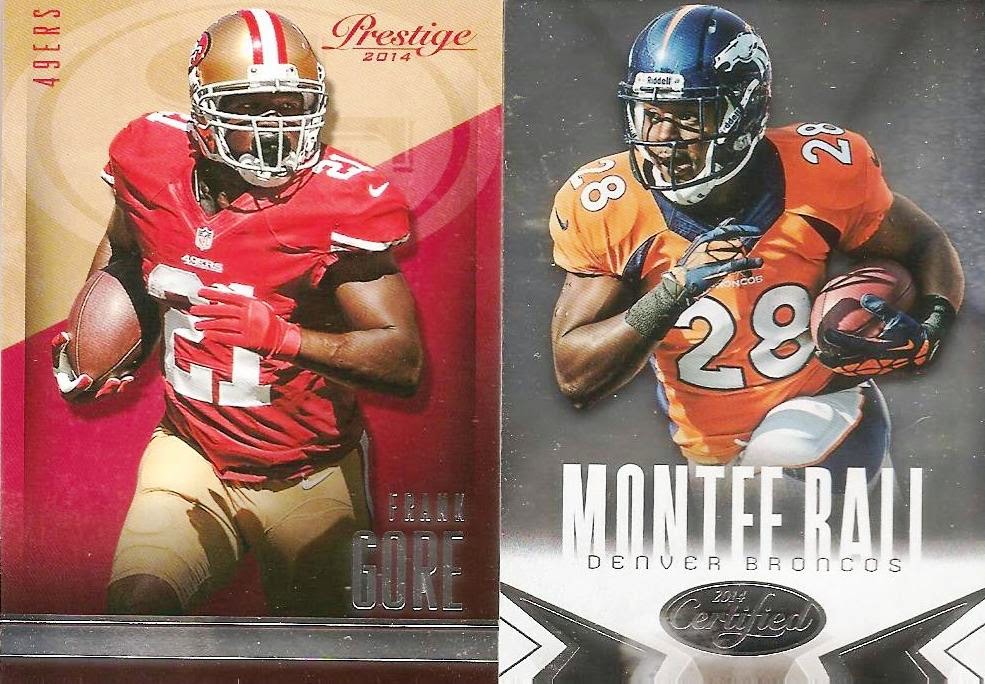 Another 49er for her. And notice the Leaf Certified, higher end stuff there and Jeff loaded this box up with it as you will see soon. 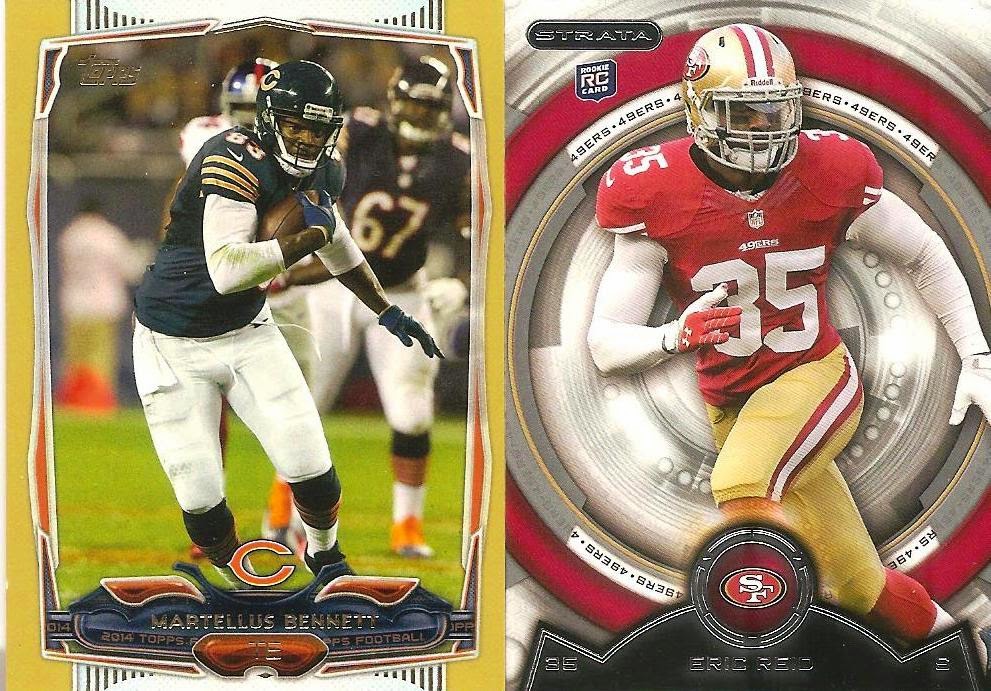 Another 49er and a gold Paralell. 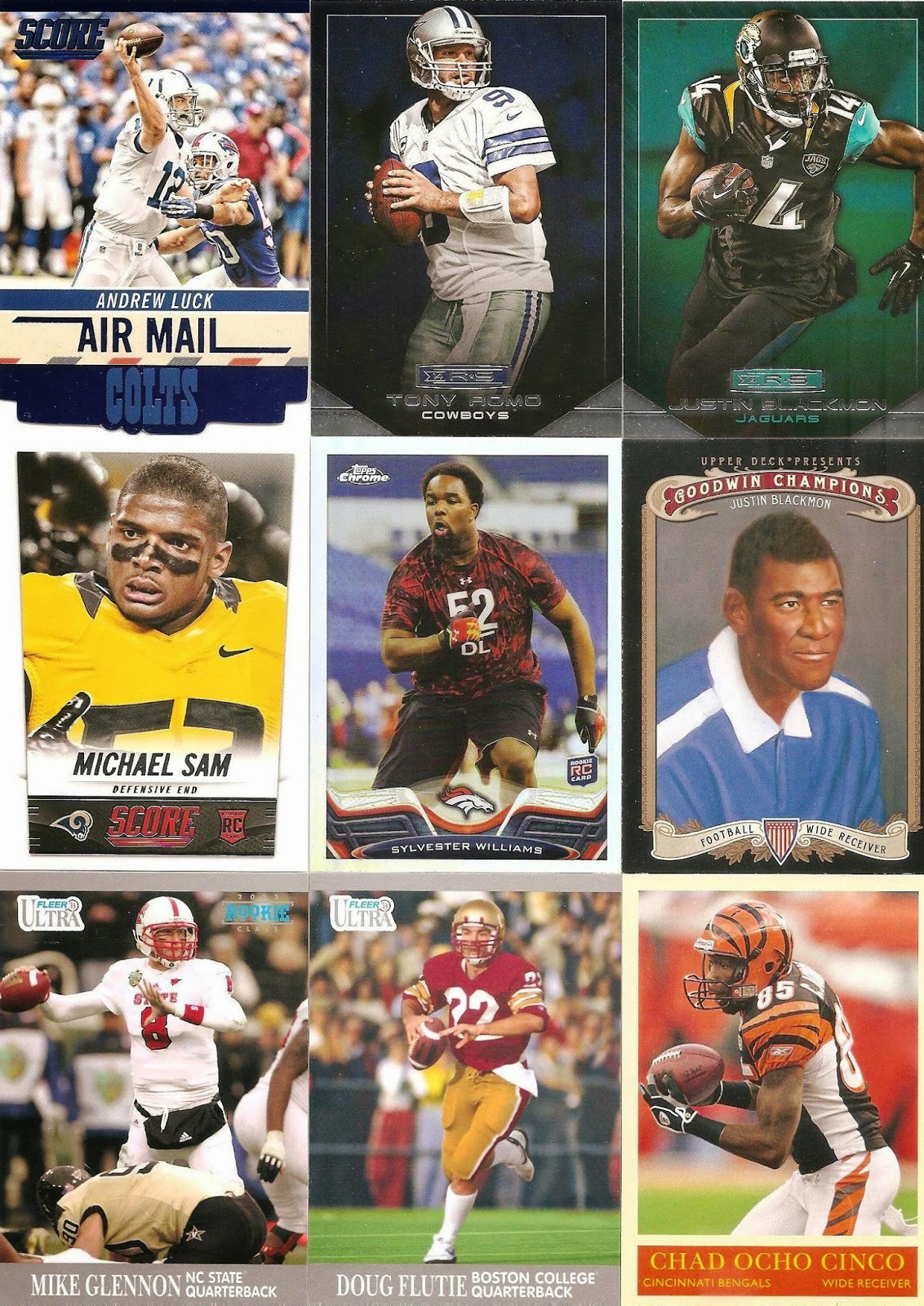 That Luck Air Mail is a nice die cut. 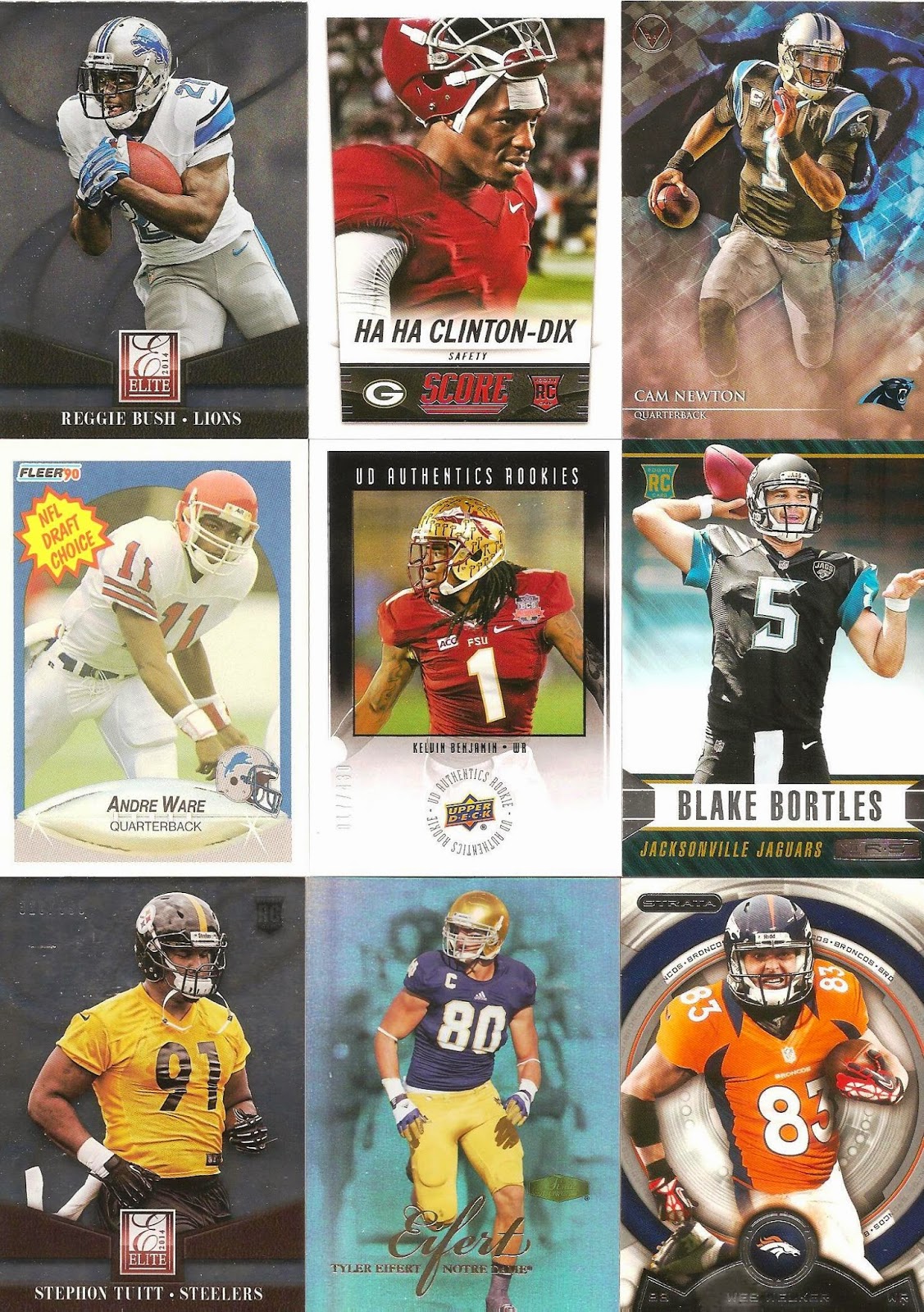 Just look at all of those high end sets. Jeff made sure he packed quite a few of those Strata cards too. 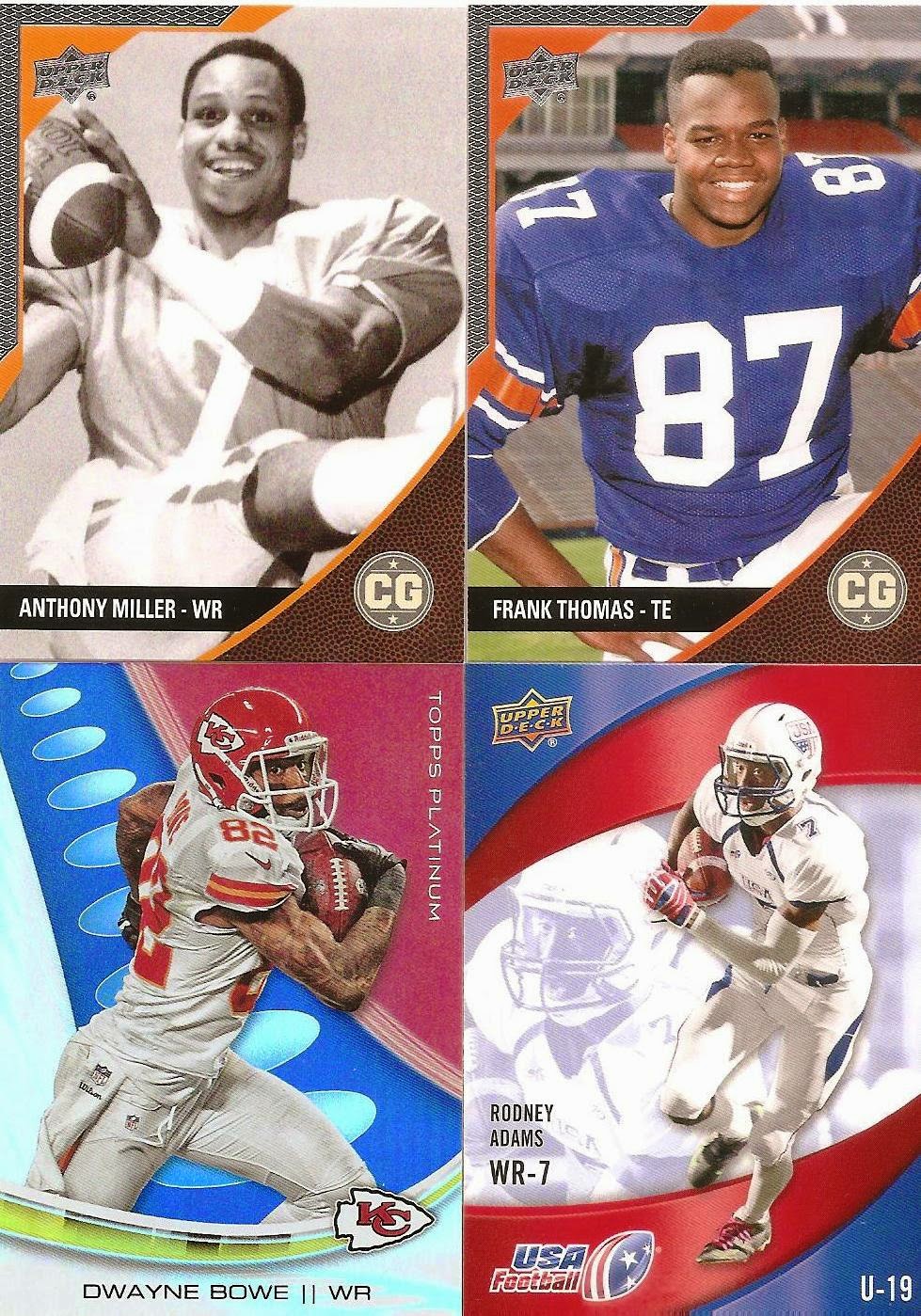 The Big Hurt sporting his football uniform. A Miller card for my PC. The other two just so happen to fit into my Flag/patriotic binder.

Jeff, thanks for the awesome cards.
Posted by Johnnys Trading Spot at 1:58 PM