Here we go starting with the most recent activities. Last week was a rough week. By now you all know of the laptop(s) issues. However, that was just the tip of the iceberg. Saturday a week ago brought not just the crashed laptop, but a pipe leak under the kitchen sink. Woke up Sunday to a flooded kitchen. It was a very rough week concerning my Uncle. I'll skip the details, but at the height I thought I was going to lose him Thursday, my birthday. He seems to be recovered other than very high blood pressure. We'll see going forward. He is still at home. My daughter and grandson did come up this Saturday and that was great, even helped with my Uncle's mental state. They left and immediately after his lift chair shorted out, I still have to find another one (update-bought one today, should be here Friday). A few hours later.....the a/c went out. It got repaired Sunday ($700.00). Those are just the highlights, and to finish it up today 4:30pm a tree in the neighbor's yard had fallen down and took out the power lines going to his house and pulled the utility pole over. It was hung up on another tree (thank God), I was outside and I heard the zapping at the transformer and in the power lines. I called 911. Fire Dept. came they called GA. Power, and about 20 minutes ago they restored power that they shut off to make the repairs. Those wires were still live after the pole came down. It is dark so I can't see what they did to secure the pole. I'll have to wait to morning to see that.

From Saturday to today had to have been the worst week ever! Also a Covid scare with the only caregiver I have helping me. I haven't a chance to have my old laptop looked at yet, but I will eventually. A lot of stuff on that to be recovered. So I ask....How were your last 9 days? Great news.... I survived (we), and plugging right along.

Meanwhile, I did get a large SportLots order in Friday, and I have scanned the little bit that I am going to post. There were nearly 300 cards, with the majority being Stadium Club set build needs. Just finished updating the 2014 & 2015 needs lists. I'll post up several times with the remaining cards by seller instead of by year or set. 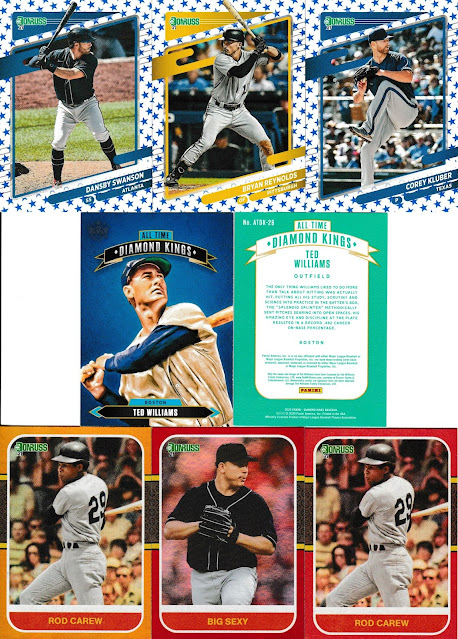 These are from 3 different sellers.

These came from seller davebtx1. I try to use the 100% positive sellers or very close to it that offer free shipping to BOX. 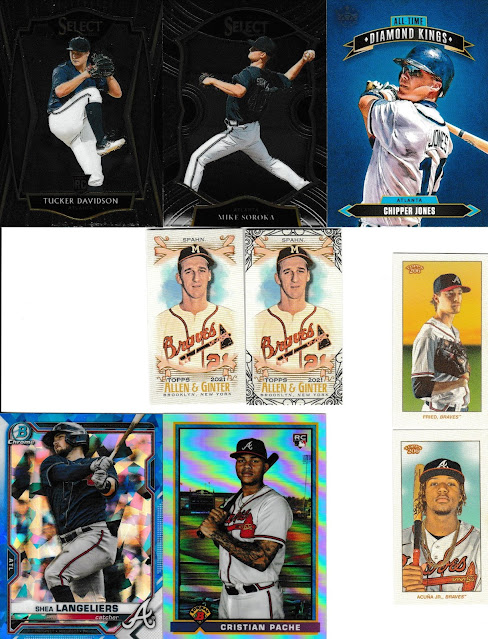 This is another misc. lot from 4 sellers. The rest will be named sellers tonight and for the rest of the posts.

This batch came from Gkwalter. The Aaron and Reggie Double Headers atop were the key cards I wanted. This guy has a very very small shipping to BOX. 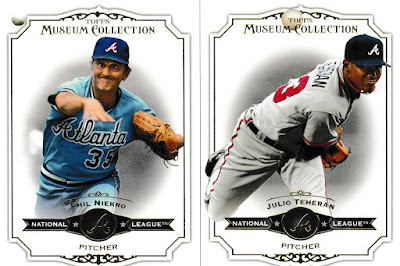 I'll end with this pair from vogs22xa.