Tonight's post contains just 1 card. Well, that's not true. But it is about just one BIG card. Unless you count the COA as a card. 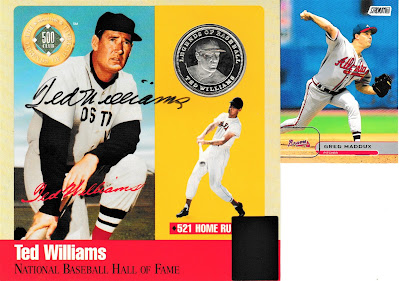 Not just a BIG card in name only, but the autograph is a big one for me. As you can see that it is also a BIG card in size compared to the standard card next to it.  Also that is a solid silver coin in the card. That coin has a current "silver" value of apx. $10.00 today. 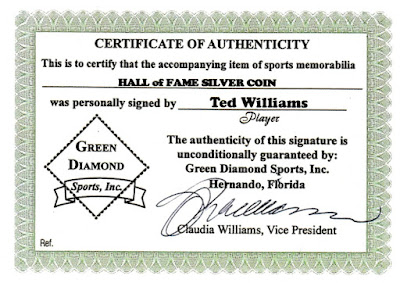 The Williams estate has had it's issues (mainly between the son and a daughter). Back in the 80's to the mid 90's I lived not far from Citrus Hills. Back then it was a VERY gated community where Ted lived. Not as much these days. Back then my best friend installed the putting green in Ted's back yard. Ted's handler made it very clear, not to engage with Ted unless he started it. Also advised NOT to talk about baseball....Golf and fishing only. This was before Ted health failed.  Anyways, I did a lot of work for my business in that community (The museum is in there too).  I paid $100.00 for this autograph monster of a card. 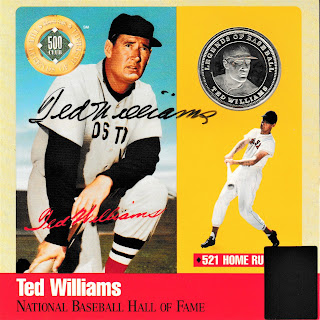 Here is the card all by itself.