What else did I buy at the show?

You know about the extremely nice box of 1969 Topps. Perfect for anyone wanting/needing to upgrade. 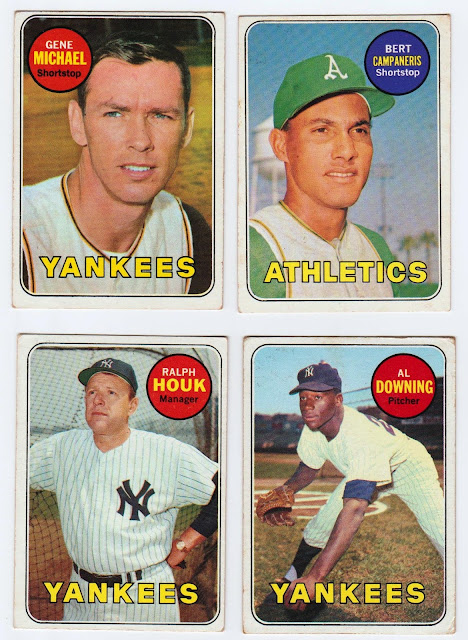 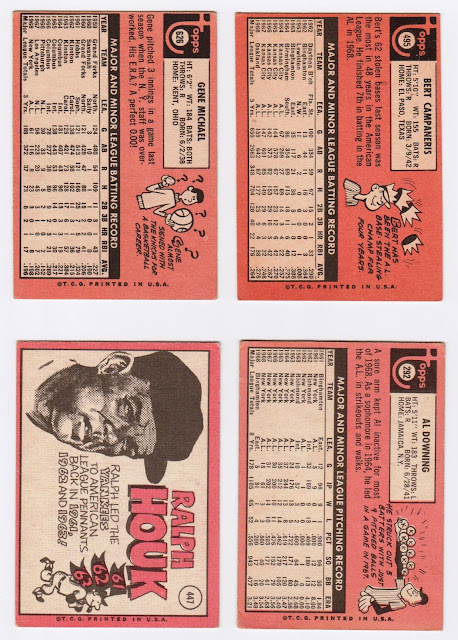 Just a sampling. I already traded these 4 plus 4 others to someone. also traded another dozen to another, and working on quite a few with Bo.  Enough about those. You also know that I picked up a 1500 count box of non-sports, and I will be spending most of this month showing those. You might be surprised.....and you may not care. I did enjoy going through the box. I also posted already the relic/auto cards I got with the deal. I spent 90% of what I spent for the day on that deal.

Let's start looking at some of what the other 10% was spent on. Remember, I did not do any modern day card box digging. 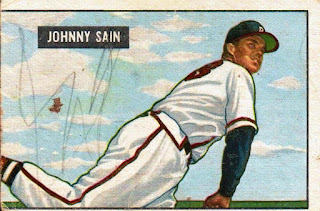 Not mis-cropped, it really is off center that much. 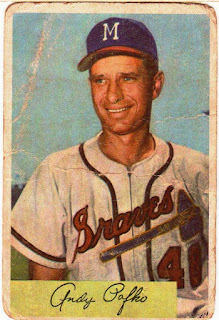 Obviously these two were in lower condition vintage box. I also grabbed a few other non Braves cards for set builds. 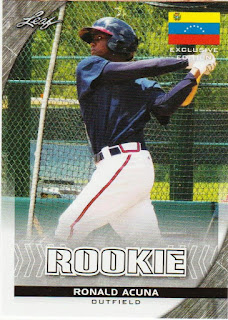 Funny thing is that this Acuna which I had not seen before was in the box (actually there about a half dozen of these in there).  Its a 2017. He looks so skinny there.

I bought a few things from another dealer too. The Wacky's I showed you last week, and This teaser card, along with a partial set of something else. 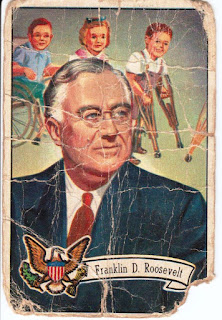 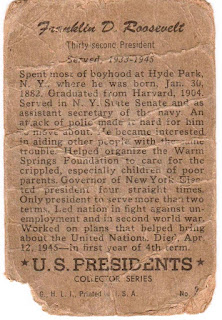 Just a teaser. 1952 Bowman Presidents. This card is pretty beat. But I grabbed another 20-30 of these that were just as nice as those 69's. You'll have to wait until President's Day again (February) to see the rest. Which will be joined by two other complete sets I pulled out of the non-sport box I've been mentioning. 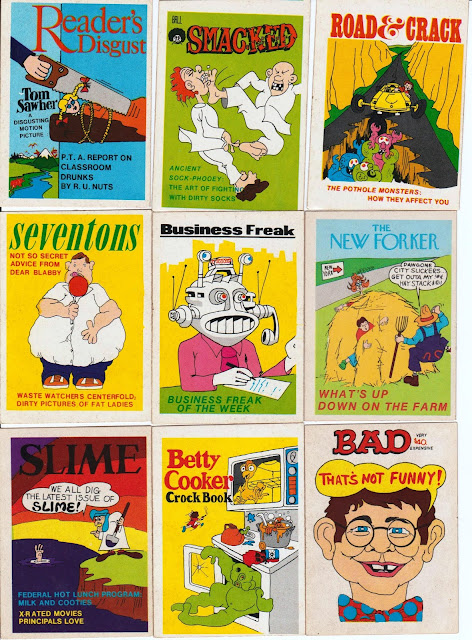 I am guessing this was Fleer's response to Topps' Wacky Packages. Anways, we covered all sorts of collecting areas in this somewhat short post. Vintage, Braves, Modern Brave, vintage stickers, and vintage Presidents. Okay, we'll call this a wrap.