Let's do a couple of Ebay wins.

I am ready to just start firing off the non sport stuff I bought at the last card show in a everyday kind of posting. However, I want to get a couple of Ebay wins/BIN deals in. 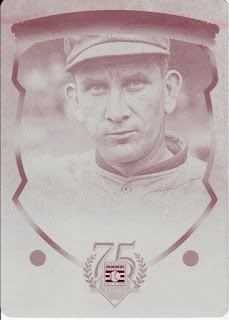 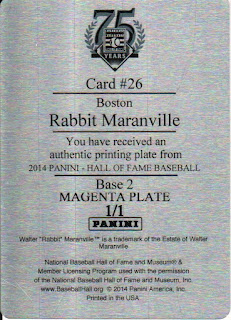 This is the 2nd plate of this card that I now own. Just need the Black and Cyan to complete.

Next up is a set that I was keeping a look out on Ebay last month. Funny thing is a blogger (I think it was BO, not 100% there) e-mailed me about a partial set of 16 cards from this 1978 Atlanta Sports convention 24 card set. I had a complete set in my watch list, not to buy but just to remind me to check for others frequently. That specific set was just too expensive. I checked out the 16 card lot and decided not to go with. Why?  Because I found a "23" card partial set. Well, supposedly 23 cards. 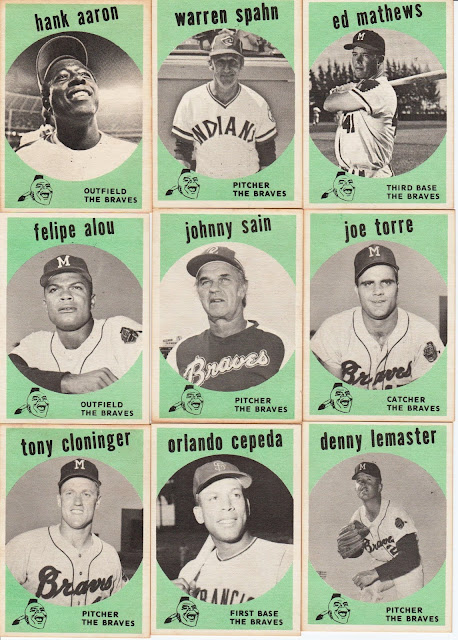 I had to figure out which card was missing. The big stars were all there. 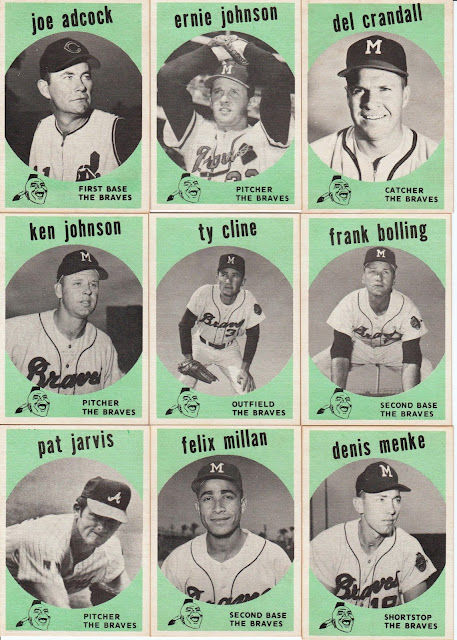 I didn't understand why 1 card not a star would be missing from the set. 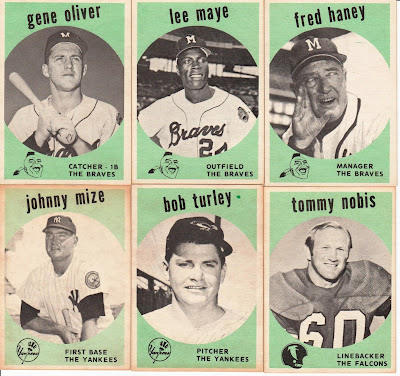 I figured out that it was the Mize card. The seller had pictures of the 23 cards. I said no big deal for the low BIN price of this 23 card lot, no problem not a Brave. I got the cards on Monday I think. They were in penny sleeves, and guess what? One of the sleeves had two cards. Didn't make sense because the backs were also scanned , and nope...No Mize. It was a complete set and the seller didn't know it.??? 21 of the cards are Braves cards even if the player isn't in a Braves uniform. Two were Yankees, and the last was an Atlanta Falcons in the Nobis. 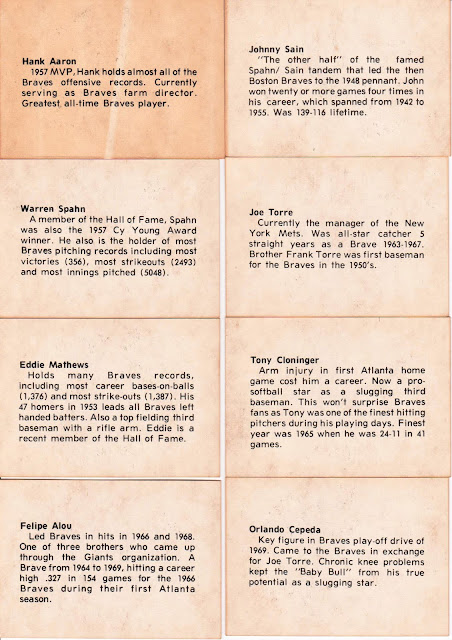 The backs have a little write up on the backs. 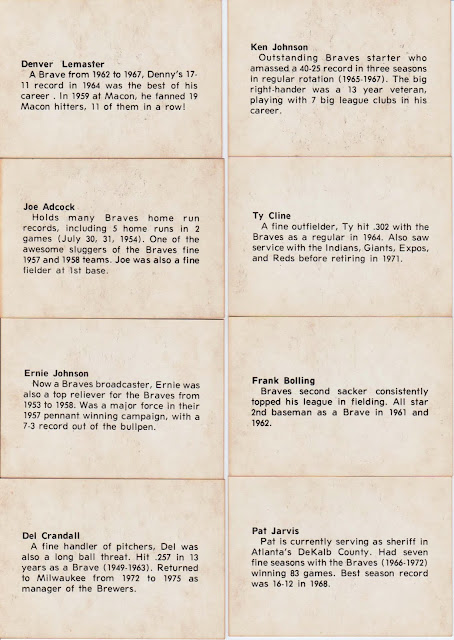 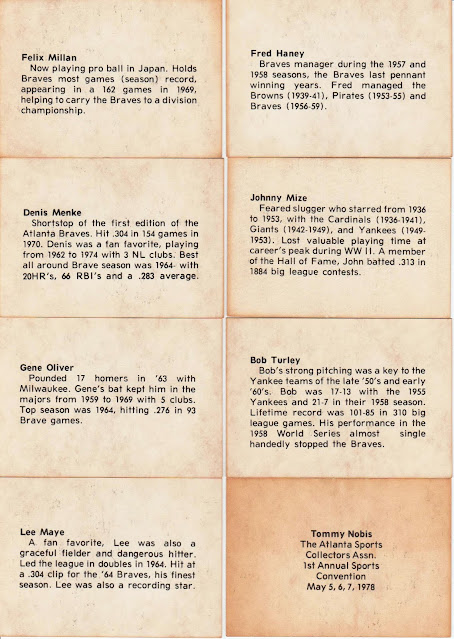 I believe Tommy Nobis helped organize the convention, hence the write up on his card.  The damnyankee Mize card is still a keeper as he is a PC guy. The Turley even has a Braves notation on the back, but what Braves fan wants to read something like that. I was very happy to land the win. Even happier when the missing card fell out of the sleeve. Love the twist on the 59' Topps design for the fronts. The backs are a little lackluster, but it works for me. I feel better getting these two posted. I have a few more Ebay wins that I'll be posting soon.

Posted by Johnnys Trading Spot at 11:02 AM