I don't believe I seen any May the 4th be with you yesterday. Anyway, today is Cinco de Mayo. 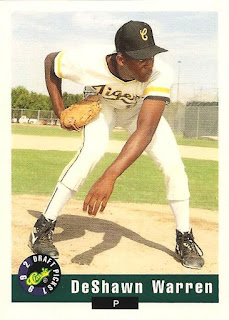 There's you a birthday boy.

Now, onto the Wacky Packages. I picked up a few ORIGINAL stickers that I needed at the card show Saturday.

Dr. Popper and Suffertone were both absolute needs from Series 8. Hopeless and Rolaches were * variations that I needed from Series 8. I didn't have a want list with me so I was winging it as usual. I did pretty good with just 3 Series 8 dupes. The other two picks ups were Pigpen from Series 9 an * variation need, and the Sealva Thins an outright need from Series 14 which just so happens to be my first sticker from Series 14.

There we go. I'll be back next Wednesday with the next to last Variations set.