I posted last year a partial 85' set more like a bit less than half the set. I have the entire set here for you tonight. 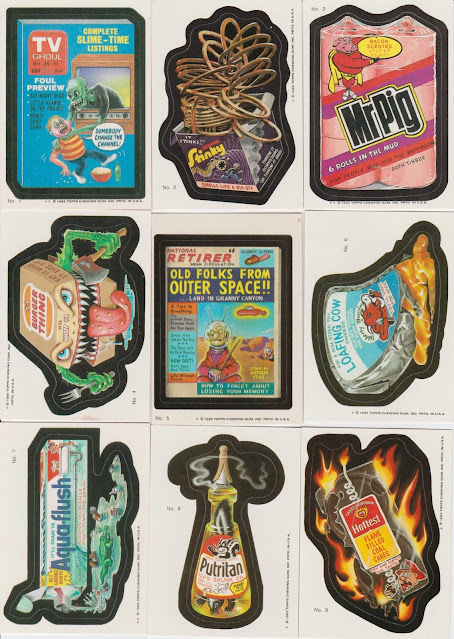 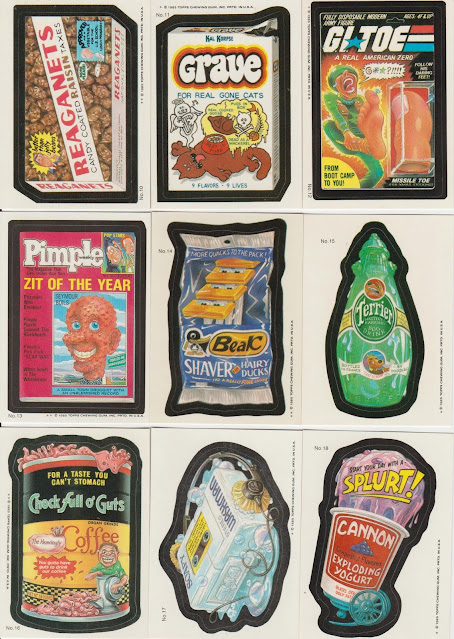 As you can see there are a few re-do's in there. 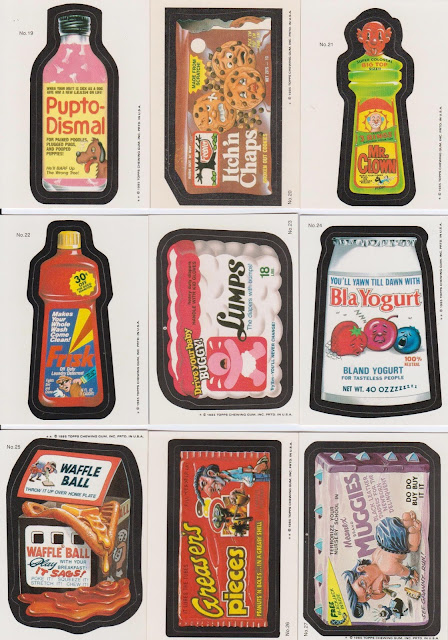 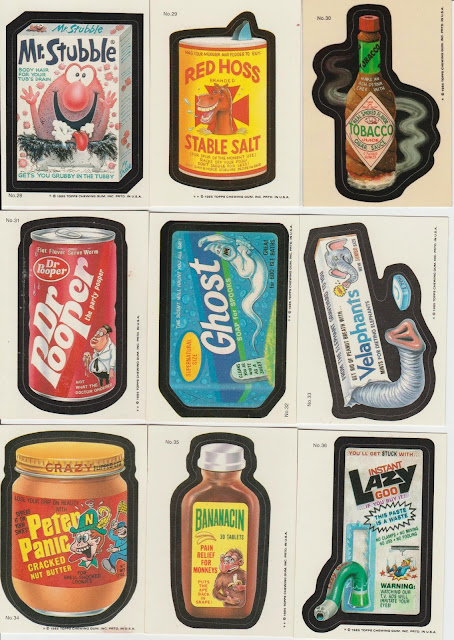 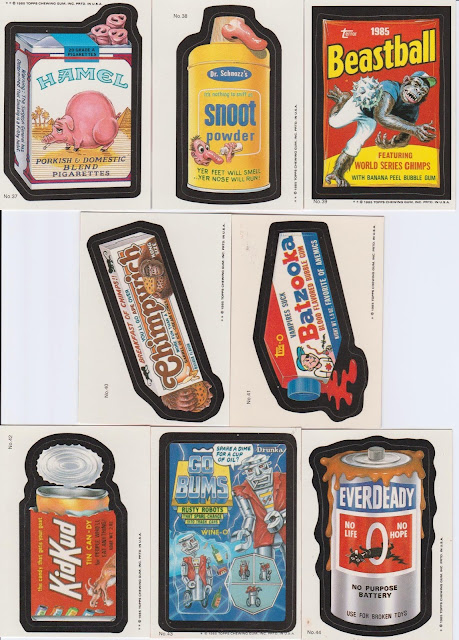 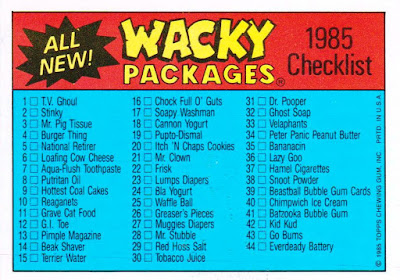 Good news for the June Wacky posts as I have a huge....huge collection en-route to me. I probably own most of those that are coming in, but definitely not all. Some of the higher series are coming especially the puzzles, and some of the 1979 2nd re-run set. So at least for now I'll be able to keep posting Wacky Packages. I even have a lead on a bunch of the 1969 Wacky Ads.